This Slow Burn Vampire Mystery Novel Will Leave You Breathless

On the market for you next binge-worthy supernatural thriller? From indie author Willow Rose, hailed The Queen of Plot Twists by her fans, comes our latest book obsession: In Cold Blood.

This delightfully dark slow-burn story is now available in ebook on the Galatea app. Scroll down to read a sneak-peek, or download the app to read the entire thing! 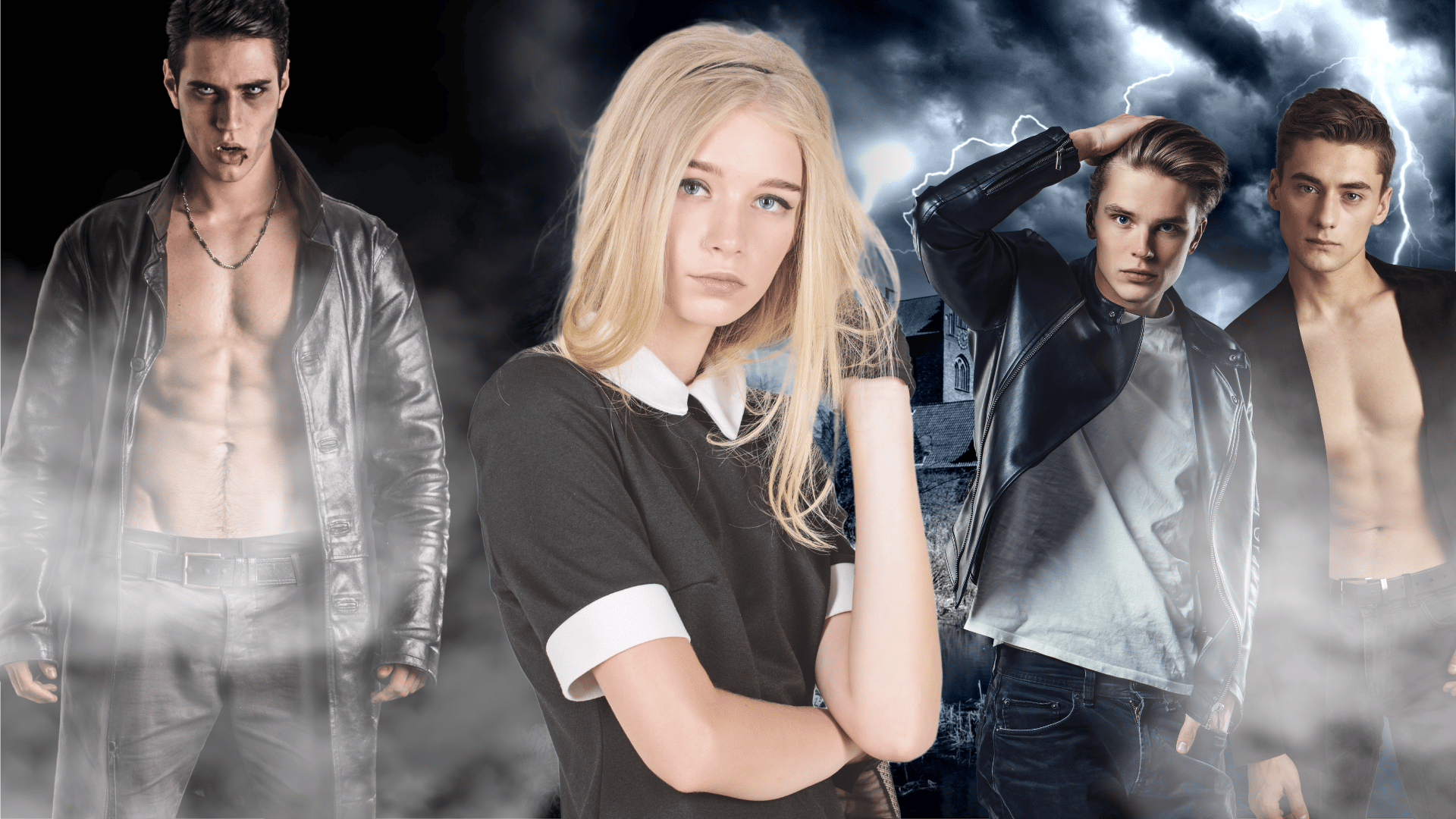 In Cold Blood will sweep you away to the frosty Danish countryside, where a boarding school for Europe’s most exclusive families is under attack by an unseen evil with a thirst for blood. The body count is rising, the deaths are becoming more unsettling, and a group of bloodthirsty killers hides among the student body. Only the school’s new headmistress and a detective with a secret of his own stand in the way of the evil curse threatening to overtake the school.

But when the trail of clues takes an unexpected turn, this unlikely duo comes face-to-face with a sinister school tradition with the power to call forth a new reign of terror.

Scroll down for a sample chapter, or read the full uncensored book on the Galatea app!

Anne Christensen was running for her life. She was panting and gasping for breath as she cursed the newly fallen snow beneath her boots. That new treacherous clean snow that no matter how much she zigzagged through the tall trees, gave her whereabouts away.

Someone was following her.

At first, it had been nothing but a shadow. A shadow creeping against the wall of her dormitory building as she was about to sneak back in after a night out with Peter, who had returned to the boys’ quarters after escorting her to the front door and kissing her goodnight, hoping and praying that no one would catch them and have them expelled.

The shadow had reached out for her with its long claws and Anne had thrown herself at the door, only to find it locked.

“Of course it’s locked, you idiot!” she muttered under her breath. “It’s after curfew. You’re supposed to be in your bed.”

Anne’s best friend Christina was supposed to have unlocked the door right before she went to bed. That was the deal they had made. In return, Christina was going to borrow Anne’s nicest dress for the big spring dance that was coming up in a few months. Those were the terms, to those they had both agreed. But somehow, Christina hadn’t lived up to the agreement. Why, Anne never got to know.

When she had realized the door was locked, Anne had started running in the same direction as Peter had gone, hoping to catch up with him and maybe make it to safety with him. But she couldn’t see him any longer and the door to the boys’ dormitory was locked as well, she discovered when she tried to open it, frantically pulling on it. She tried to yell and scream for help, but no one heard her. She tried another door, then another, but none would open. The shadow crept closer and closer and soon she heard it behind her. She thought it sounded like a big animal of some sort. She looked into its face as she turned and, in the split of a second, her eyes locked with his. At first, she almost thought she had just been silly…that there was nothing to be afraid of. Her mind had played tricks on her and, relieved, she had smiled at the face that she knew so well.

But the eyes had given him away. Oh, how they had scared her. Red and scorching, they seemed to see straight through her. They wanted her. She felt how they craved her flesh.

“What…What are you doing…?” she asked, but she knew she wouldn’t get an answer. That was when she decided there was nothing left to do but make a run for it. Make a run for the forest and hope to find somewhere to hide in there.

Anne had never been out after curfew before. But Peter had been insistent. He wanted badly to take her out. To take her to the lake and make out. She had been afraid when they walked through the forest, and Peter had held her tightly in his arms, enjoying how the fear brought them closer. She had shivered with cold when Peter had put his foot on the ice of the lake and told her to come with him. She hesitated and shook her head. Anne wasn’t a girl who liked to take chances. Going out like this through the forest after the lights were out wasn’t something she would ever do, normally. Until Peter had asked her to come with him. To him, she couldn’t say no. And she didn’t withstand his charm long when he tried to persuade her to follow him out on the ice either. He kept pulling her hand and soon she went with him. The ice creaked underneath her foot and she gasped. Peter pulled her closer and put his arm around her. Then he kissed her for the first time. For fourteen-year-old Anne, it was her first kiss ever and it was worth all the wait and even the nervousness that had almost killed her all night at dinner, knowing she was about to do something that would get her expelled if found out, something her parents would never forgive her for doing.

The kiss had been long and soft. Peter had been gentle and told her he adored her. Two years older than her, and very popular with the girls, she knew it probably wasn’t the first time Peter had brought a girl down to the lake. But she didn’t care. She had wanted to be kissed by him ever since she had come to the school last year and seen him in the dining hall. She knew he had probably done the exact same thing to many girls at the school, but she didn’t mind being one of them. Besides, he told her she was special. While the cold night air bit her cheeks, Peter whispered in her ear that she was the one he had been waiting for. That she made him happier than anything in his life.

Anne had smiled and felt how her cheeks blushed. Then he had told her he’d better take her back to the school before anyone found out they were gone.

Anne had sighed, a little disappointed that the night was almost over, but agreed it was for the best. On their way back through the dark forest, Peter had kept his arm around her shoulder. When they were close to the school and she could see it in the distance, he had suddenly stopped and pressed her up against a tree. He had kissed her passionately, whispering gentle promises about their future together.

“I want you so badly,” Peter had murmured.

Anne did want to–but she didn’t dare. She pulled back from him, fixed her hair, and started walking. “Take me back, please.”

Peter grunted, then grabbed her hand and kissed her cheek.

They had walked in silence till they reached her dormitory. Then he kissed her again.

“Let’s do this again soon,” he said and started walking backward away from her while waving and blowing finger kisses. The last she saw of him was when he turned and ran toward his own dormitory.

It was when she turned her back on him that she saw the long thin shadow on the wall creeping toward her.

Now, as she was running through the forest and the snow was getting deeper, slowing her down, Anne screamed but knew no one would hear her. When she reached the lake where she and Peter had shared their first kiss, she stopped, knowing there was nowhere to run anymore. As she sensed her follower creep closer, she took the first step onto the ice, carefully placing her foot where she thought it might be thick enough to hold her.

“He won’t follow me out here,” she thought to herself.

Anne felt a slight hope arise inside of her while thinking that if she only stayed out there on the ice all night, then maybe, maybe her follower would go back to where he came from and leave her alone. Maybe he would give up.

Read the full uncensored version on the Galatea app!