Kelly Jones has had a hell of a month. She’s gone through a breakup, an unwise hookup with an alpha wolf, a literal witch hunt, and the gruesome murder of her aunt. Now, she struggles with the challenges of being a new witch and trying to keep control of her own life as her coven and Alpha Will fight over her. But if they want her, they’ll have to battle the Hunters first. 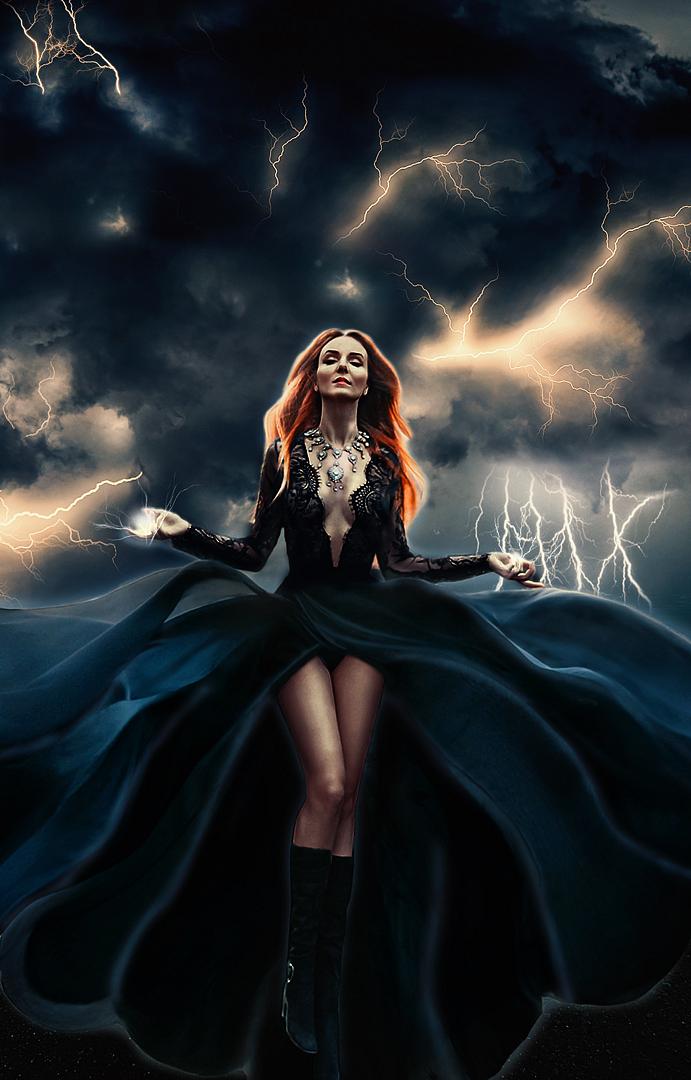 Kelly Jones has had a hell of a month. She’s gone through a breakup, an unwise hookup with an alpha wolf, a literal witch hunt, and the gruesome murder of her aunt. Now, she struggles with the challenges of being a new witch and trying to keep control of her own life as her coven and Alpha Will fight over her. But if they want her, they’ll have to battle the Hunters first.

I sucked air in through my teeth, gasping in pain as Clementine lanced one of the boils on my leg. She ignored my wince and kept a firm hand on my calf, her eyes narrowed.

Behind her, pacing in her bedroom, Diana mumbled incoherently to herself, occasionally looking over her older sister’s shoulder to check her progress.

“That…bitch!” she’d sporadically exclaim then return to her pacing.

Once Clem was halfway through, she mumbled, “You’re sure you didn’t hear her incantation?”

I shook my head. “No, the others around me were laughing too loudly when she did it.”

“I’m going to…to…argh!” Diana wailed in frustration, her fingers bent into claws as she stood in front of the window where the wind howled outside.

Clem and I locked eyes and gave a grim, knowing smile.

Diana couldn’t do anything yet. Her own test was still two months away on her twelfth birthday, and it would take her a lot longer to learn anything useful to avenge me.

No, Diana was as useless as I when it came to fending off the occasional commune bully. Except now, I was a target.

Clem clucked through her teeth. “Don’t worry, Deedee. I’ll take care of them and avenge our cause.”

Her eyes flicked up to me. “Though I wish you would’ve come to me the other times before. Why am I only hearing about this now?”

I shrugged my shoulders, counting the boils that were left.

Sarah Goode might have done it sloppily, but she’d covered a lot of skin when she’d put the pestilence spell on my ankle. The boils had covered nearly half of it.

“After she failed me and they didn’t fight to have it overruled, I kind of thought it was natural, you know? Every place needs a scapegoat, and all I can do is the occasional flicker of…something.”

Clem grunted, knowing who I was referring to, and concentrated more on her task than my words.

Emily entered the room with a wet towel and a bowl of water.

“Is she gone?” I asked the oldest sister.

“Yep, about twenty minutes ago.” She gave me a comforting smile.

“Don’t worry; they didn’t notice. They were talking too much about an upcoming vacation and attending the future alpha’s maturation ceremony across the river.”

I nodded. Good ole Mom, oblivious to the little things that mattered. Why would her daughter even be limping?

“It doesn’t matter. They would have gotten away with it anyhow. It’s not like I can even go to any of the meetings anymore.”

Emily knelt next to me on the floor. “Kel, this will not happen again. I swear it.

“Little Kelly Jones will no longer be known as the scapegoat here. Otherwise, they’ll have to deal with all the Wardwells.”

Diana stepped forward and hovered over us.

We all paused and looked up at Diana’s furious expression on her beautiful elfin face, and we all broke into laughter.

The wind blew a tree branch against the window, and we all glanced over.

My youngest cousin went over to inspect the sudden change in weather, as Clem lanced the last boil, and Emily wiped it away.

“What…what is that?” Diana asked, turning back to Emily.

We heard the front door slam, then the family car started up and sped down the driveway.

Emily and Clem frowned and went to the window. After a moment, Emily turned back to me with wide eyes and parted lips.

Uncomprehending, I shook my head and stood up, pain still radiating in my ankle with a dull ache, and hobbled to the window with the others.

In the sky beyond the nearby patch of forest was a bright-orange glow, and I frowned as well.

“That looks like a fire, right?” My eyes suddenly widened. It was a fire, a really big fire. In the direction of my house.

Forgetting my leg and the pain, I rushed for the door and ran out of the house, forgoing shoes and a jacket, and plunged into the dark forest.

With the unerring aim from hundreds of traverses, I ran the trail connecting the families’ houses. My cousins raced behind me, their footfalls as loud as the blood swooshing in my ears.

It was usually a twenty-minute walk or a ten-minute run between the houses.

The path was full of twigs and other detritus that usually littered the forest floor, and twice, I tripped over a protruding root.

Every time I crashed to the ground, pain shot through my body like electricity, pushing me off the ground, spurring me on to continue my race.

The orange glow grew brighter with each stride, the forest more illuminated with each second. My home was totally in flames.

Clementine yelled my name, demanding I slow. But she clearly didn’t understand. My parents were likely home, in that house.

The trees ended, and I broke through, stopping short. Blood drained and sank to my stomach.

I had never seen anything so terrifying. It wasn’t just on fire; it blazed. Flames licked high into the sky. Nothing would ever stop that mass of flames, save a downpour.

Clem crashed into me from behind and held my shoulders. I looked beside the house and saw others a hundred feet away.

The circle of elemental witches chanted, and new clouds swirled overhead, which explained the sudden wind, but it would take them at least another five minutes to get any rain out of that.

A gleam of chrome sparkled in the firelight, and I saw Dad’s bike and Mom’s car at the side of the house. They were both in the writhing mass of flames.

I made a movement toward the house, and Clem’s arms tightened, holding me close, leveraging her weight against mine.

Emily’s and Diana’s arms joined hers in a mass of hugging limbs, and together, we all sank to the grass, watching my life literally burn up in flames.