A Plea for Help

If you had the ability to see death and communicate with the afterlife, would you run from it, or would you embrace it? This is the question Lynn faces when she realizes her fateful gift could change lives in a murder investigation. But with her mother’s dark history weighing down on her, will she make the right decision in time? 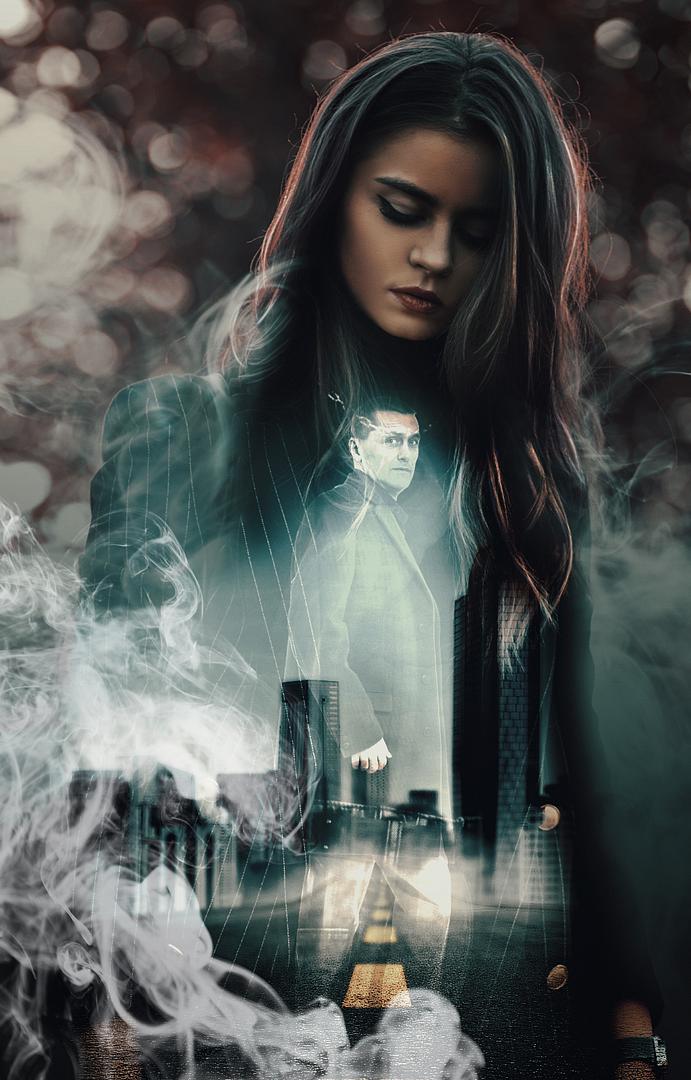 A Plea for Help

If you had the ability to see death and communicate with the afterlife, would you run from it, or would you embrace it? This is the question Lynn faces when she realizes her fateful gift could change lives in a murder investigation. But with her mother’s dark history weighing down on her, will she make the right decision in time?

Lynn screamed, clutching her head between her hands. Anguish poured from her spirit with the intensity of an animal in torment.

The pressure failed to arrest the terrors of her mind but eased the misery of helplessly seeing fate unfold.

Earlier, she saw Death entering the room of a boy.

It lurked in the shadows with ugly hollow eyes saturated with darkness and reached out with clawed hands to steal an innocent soul—wearing a human face beneath its guise.

As her connection with the victim grew stronger, her visions crossed the barrier between metaphor and truth.

It did not matter how intensely she wished the visions away or how hard she pushed them from her mind and dreams… they returned.

The harder she fought to ignore her gift, the more it tormented her, worsening with each episode until it consumed her, or she gave in to its demands.

The terror of an innocent child filled her mind with loss, fear, guilt, and the familiar images he remembered.

His accusing eyes followed her everywhere—a fabrication her mind created to play on her guilt and unwillingness to expose herself.

The flashing visions almost shattered her mind before stopping abruptly. Her insides shook with terror not entirely her own, and she could not loosen herself from the icy sensation of the abyss.

Lynn dragged her tired body to the kitchen and filled the kettle, hoping hot tea might warm her insides.

She retrieved a cup from the dishwasher with trembling fingers and fumbled for a spoon in the dish rack.

She blocked the images from her mind for too long, and it brought her gift back in full force to haunt her with merciless insistence.

When she resisted her gift, the experience sometimes continued for days until she collapsed from exhaustion. Her visions growing more potent, more intense, detailed, and terrifying.

Only the conscious choice to act would end her suffering.

Lynn watched her mother fight against this accursed “gift” for years until it sent Angela careening over the edge of sanity.

Her visions sometimes appeared irrational, surreal, and nonsensical, but a moment later, she spoke truths that scared Lynn at the time.

Lynn’s visions were seldom distinct and often needed translation in those early days, never achieving the same startling intensity she acquired over time.

Back then, images plagued her—thoughts, ideas, and persistent feelings. Things she could often ignore, but the horrible, lonely night she stepped over the line changed everything.

She instinctively avoided the thought and its destination.

That night forced her to start over and helped her escape her former life. She clawed a new existence from this unforgiving world.

She built a reality without Tommy and a life without their… she stifled the painful memory—briefly closing her eyes and taking a deep, soothing breath.

Ber uncle Barry often says one cannot outrun your past—it always comes back to confront or haunt you. Just like you cannot flee from your memories because you take them with you.

His wisdom and knack for being right often saved her from doing the wrong thing.

More than resistance and dread made her reluctant to resurrect the past. She avoided the acute agony and guilt that turned her heart into a block of ice for the longest time.

Lynn once swore that this affliction—some would call it a “talent”—would have no place in her world but empowered it.

She avoided its effects for most of her life, but her disregard cost her everything she held dear, turning remorse and anguish into constant companions… even intimate friends.

The kettle’s whistle startled her, and she almost dropped the cup.

Over the last ten years, nothing brought her the peace she hoped to find—the admission tormented her.

Lynn brewed her tea with slow, methodical movements before folding her palms around the cup for warmth, hoping to distract herself.

She sipped the scalding liquid, hoping to ease the icy feeling inside, but the chill had settled in her soul—an echo of the frigid ground where the killer…

The thought shuddered to a halt in her mind, and with a defeated sigh, she set it free.

A bone-deep chill invaded her body, as unforgiving as the solid ground where the predator buried his victim.

The walls closed in, threatening to suffocate her, and panic drove her past the last tattered vestiges of inner peace.

Without another thought, she snatched her coat from the rack next to the door on her way out.

Once outside, Lynn sensed the coming storm in the telltale bite the air acquired since noon. The snow would settle on the ground before nightfall—as it did for the last five nights.

The plummeting temperatures were turning the ground rock-hard, and she was running out of time.

She fished the gloves from her pocket to protect her cooling hands.

A part of her entombed beneath the snow with the child, and the sensation settled into her core—not allowing her to change her mind.

If she wanted to make it stop, she would have to tell the police again, but this time in person. They had to listen and take her seriously.

Without making a conscious decision, she found herself outside the police station where Barry worked. She hesitated outside, her body belonging to someone else.

Confronted with the reality of what she had to do; Lynn wanted to flee. Despite her utter aversion to the consequences of her choice, she climbed the steps, faltering with her hand on the door.

If she walked inside and told her truth, it would change everything—there would be no turning back. Her revelation will rip her comfortable existence asunder, costing her everything she built for herself.

Lynn’s rational mind shouted for her to leave, but her weary body and exhausted psyche only wanted the torment to stop.