Layla Al-Masry is a pharmacist by day and an author by night, writing short horror stories and articles about supernatural creatures for a renowned magazine. One day, the chief editor asks her to write an article about Al Nadaha, the urban legend that used to terrorize generations of men.

Layla starts digging for information with the help of a old journal, but she never imagined that it would lead to so many horrifying revelations...or the return of a creature who is supposed to be a myth. 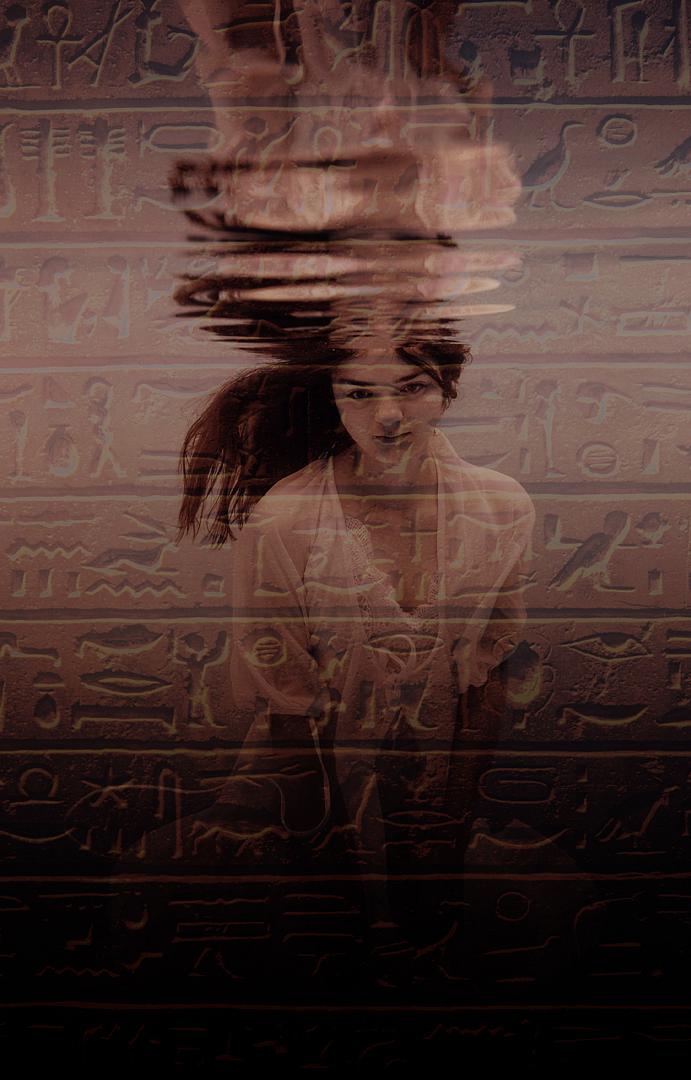 Layla Al-Masry is a pharmacist by day and an author by night, writing short horror stories and articles about supernatural creatures for a renowned magazine. One day, the chief editor asks her to write an article about Al Nadaha, the urban legend that used to terrorize generations of men.

Layla starts digging for information with the help of a old journal, but she never imagined that it would lead to so many horrifying revelations...or the return of a creature who is supposed to be a myth.

Al Nadaha in Arabic literally means The Caller. She is a stunningly beautiful woman who appears by the shores of the Nile in the dark.

She’s described as tall and extremely beautiful with long, dark hair flowing down her back. She wears a long, white or transparent dress.

She has an alluring, soft voice that hypnotizes whomever she decides to call, making them unable to resist her charm, so they end up following her to the river where they meet their dreadful fate.

It’s said that Al Nadaha only calls for men by their first name. Her voice is soft, yet the call is still loud and clear with a sad, melodic tone.

A man who is called by Al Nadaha usually gets killed, and they find his body floating on the water’s surface the following day.

While others disappear into thin air after being called, leaving no trace behind them. It’s believed that Al Nadaha takes them to the underworld as a result of falling in love with them.

However, a few people live to see the sun of another day after being called. Unfortunately, they are found to be mentally deranged—as if the horrors they saw were more than their minds could ever handle.

In rural Egypt where the legend was first created, Al Nadaha may call for men in their homes by the shores of the Nile, and they eagerly attempt to leave their homes and follow the voice.

She causes no harm to those who do not approach, but they do suffer from mental issues after the incident.

Those who encountered Al Nadaha and lived to tell the story said that once they heard her voice, they covered their ears quickly.

Then they ran for their lives all before they could take a glimpse of her or else they would have been dead meat.

Al Nadaha is one of the most famous urban legends and mythologies in Egypt. But there are other creatures in different folklores that are not significantly different from her.

Aisha Qandisha: She’s a malicious, cannibal water creature in the folklore of Morocco.

Same as Al Nadaha, she’s described as a beautiful woman who lurks on the banks of the river waiting for any lone man to lure. She then reveals her true demonic shape and consumes him under the water.

La Llorona: She is the weeping woman. In Mexican folklore, she’s witnessed roaming cities or near riverbanks on moonlit nights dressed in white. Sometimes she’s heard, not seen.

Something in her weeping and wailing terrifies, spooks, and unnerves those who encounter her. She’s also described as being magnetically beautiful.

The Sirens: In Greek mythology, the sirens were dangerous creatures who lured nearby sailors with their enchanting, singing voices so they would shipwreck on the rocky coast of their island.

They were said to be extraordinarily beautiful as they combined women and birds in various ways.

Kuchisake-onna: The slit-mouthed woman. In Japan, she’s believed to be a beautiful woman who had been mutilated by her husband and returns as a malicious spirit.

According to the legend, she covers her mouth with a cloth mask, a fan, or a scarf. The woman will ask a potential victim, “Am I pretty?” If he answers yes, she will remove her mask and ask him again.

If he answers yes or screams, she will slash him from ear to ear so that he resembles her. If he answers no, she will walk away, only to follow her victim home and brutally murder him the same night.

They say that the only way to survive her wrath is by saying that she is neither ugly nor beautiful.

All of the stories about those creatures got me really baffled. I wonder if all of those myths and urban legends were true at some point.

Although they are all from different folklores, they all share a horrifying resemblance.

Also, how can we explain the mystery behind all the people who have been killed, disappeared, or lost their minds in similar ways and circumstances?

Had those people gotten killed or kidnapped and the culprits were good enough to make it look like it was the doing of a supernatural creature?

Or maybe all those legends had had some truth in them, and they didn’t just appear out of nowhere for no good reason.

But what I am certain of is that something must have inspired all of those myths—something that was indeed true and real at the time.

“Mythology is a subjective truth. Every culture imagines life in a certain way.”