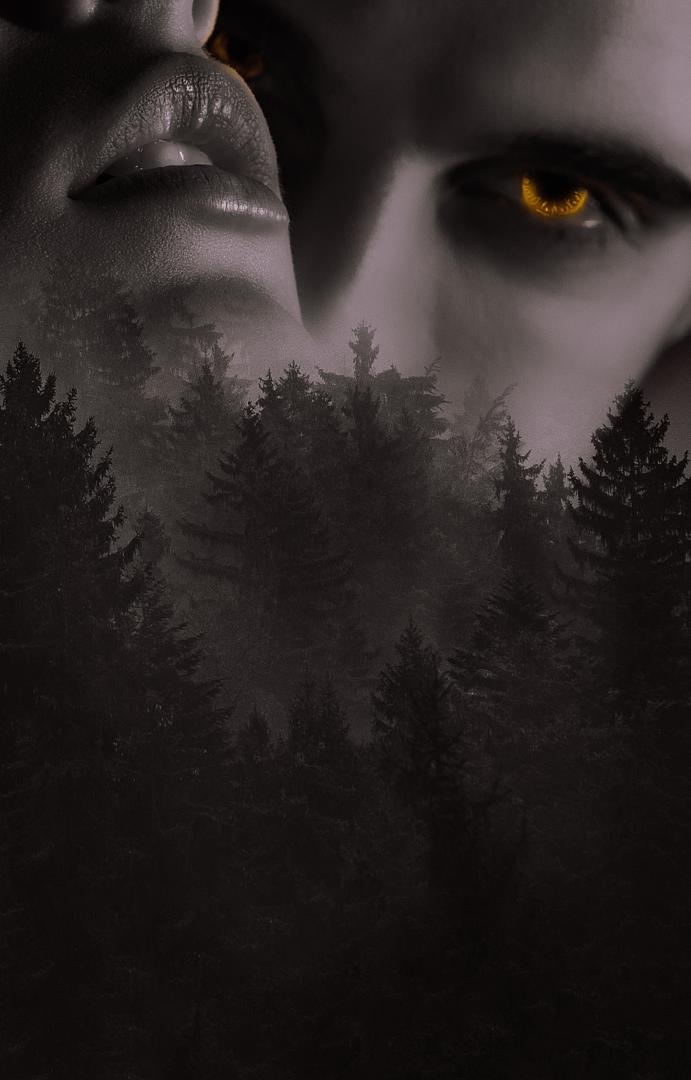 My life isn’t like the ordinary. From the day I was born my status in werewolf society was to be nothing more than a servant. It was inevitable. And humans were treated poorly while the werewolves reigned over us.

Certain rules were set to keep the so-called law and order between werewolves and humans, to keep humans from rebelling, but we all know that it was made to benefit them and not us.

And a mere human wouldn’t stand a chance against a typical werewolf.

I worked as a domestic slave under the Blood Moon pack on one of their estates far away from the actual Blood Moon. It was the largest and most powerful pack among five.

My days began before my masters woke up and ended after they were asleep. And the cycle continued.

At each estate there were headmasters who worked for the alpha. Since the estates were scattered over the country they needed someone to run them efficiently, hence the need for a headmaster, and a werewolf at that.

And this was what it was like for the other five werewolf territories.

The alpha of the pack that I worked in was the deadliest, you could almost say he was crazy… Well, that’s what I heard. He was like a ticking bomb ready to explode, a bloodthirsty monster.

People say he was blessed by the gods for making him insurmountable and indestructible that even other alphas feared him, but that blessing also came with a curse. And the very thought of him made chills run down my spine, anyone’s spine.

But then again he protected the pack from rogue wolves because they wouldn’t dare step foot inside his pack, but that didn’t mean life was any easier for us humans. While we were ensured safety from rogue wolves, we weren’t promised our freedom.

From what I have picked up from the hushed whispers was that the alpha was a cursed being, causing him to be more wolf than man, and also to be mateless.

This meant that he will never have his other half, and seeing other wolves happy with their mates must have taken a toll on his perspective and made him this ruthless by confining himself to darkness, only coming out when a matter of importance arose.

And that’s when he comes out to kill. He was an unforgiving soul that relished in his opponents’ blood and scattered their flesh like the wind carrying ashes. And for that everyone feared him—

I squealed upon hearing my name being called but then an arm masterfully covered up my mouth, blocking off the sound. I finally looked up and breathed a sigh of relief when I saw who it was.

“Scarlette…don’t scare me like that!” I whined while dramatically grabbing on to the left side of my chest.

“Oh, please. You and I both know what you were thinking about that had you behaving like that,” she scolded.

“How did you know?” I asked while giving a nervous chuckle.

“Because you were just standing there not doing the dishes like you are supposed to and…you’re sweating profusely,” she pointed out.

What she said was in fact true. I looked down and saw my hands soaking in the sink with a mountain of unwashed dishes.

And my eyes bulged at the thought of the headmaster coming and seeing me being unproductive instead of Scarlette. Thank God she was always looking out for me.

“I don’t even know why you’re so scared of him,” she stated while rolling up her sleeves to help me wash.

I felt soft hands touch my face and gently turned my head.

“Worrying won’t do you any good. Look at it this way, he would never hurt a simple human such as yourself, and even if he did, wouldn’t he just be breaking the law, the same one he justified?” she explained.

“I know, I know, he’s just scary, that’s all, but I’ll try to not let my thoughts wander from now on.” I sighed and gave her a reassuring smile.

Scarlette was a mother figure to me. When my parents died and I was brought to the estate to work, she was the one who took me under her wing and cared for me.

I don’t really know the details of my parents’ deaths, but I know for sure they died in a rogue attack.

“Okay, since that’s out of the way, I came here to tell you something, even though I don’t think you’re ready to hear this,” she said skeptically as she looked me in the eyes.

“So wait…you didn’t come here to help me wash the dishes?” I asked jokingly.

“Silly girl, no way I came here to help you wash the dishes,” she said while playfully pinching me on the arm even though she was rolling up her sleeves to help me a while ago.

“Then what are you here for, then?” I asked.

But then I saw her whole demeanor change and, she looked at me seriously and placed an arm on my right shoulder.

“He’s coming here in a week’s time,” she said on an exhale. I was a little confused by what she just said. As I looked at her, I saw that she looked exhausted and was just barely pressing on.

“Who’s coming?” I asked, uncertainty dripping from my voice. But she just sighed and gave me a small smile.

But my breath hitched and my heart began to palpitate horrendously. The thought of even breathing the same air as him was enough to put me in a frenzy and now he was visiting the estate, where I’ll probably have to be in his presence.

“The headmaster told us,” she answered knowingly.

“Yea, I’ll try my best to let them give you other tasks so that you won’t have to be near him,” she said while placing a kiss on my forehead.

“Thank you.” I spoke softly, giving her a hug, but pulled away and went back to washing the dishes while Scarlette walked away to attend to her duties.

As she left what she said kept ringing in my head. Alpha Ares will be coming to the estate and for what reason? I don’t know. But I was glad she told me a week before he came.

Honestly I don’t know why I was this scared of him. I was behaving like the kid who had monsters under their bed or in their closet.

Get a grip, Skyler, I mentally cursed. ~The alpha won’t even look your way.~ And besides Scarlette said she wouldn’t let me go anywhere him.

Reassurance washed over me as I remembered what she said and if things went downhill I could always call in sick. But I wondered how long he would stay for.