20-year-old Gianna has always been wild. She’s spent her whole life trying to escape the restraints her mom and dad, the High Priestess and Alpha King, force upon her. Will Gianna break free, or has the time finally come for her to be tamed…once and for all? 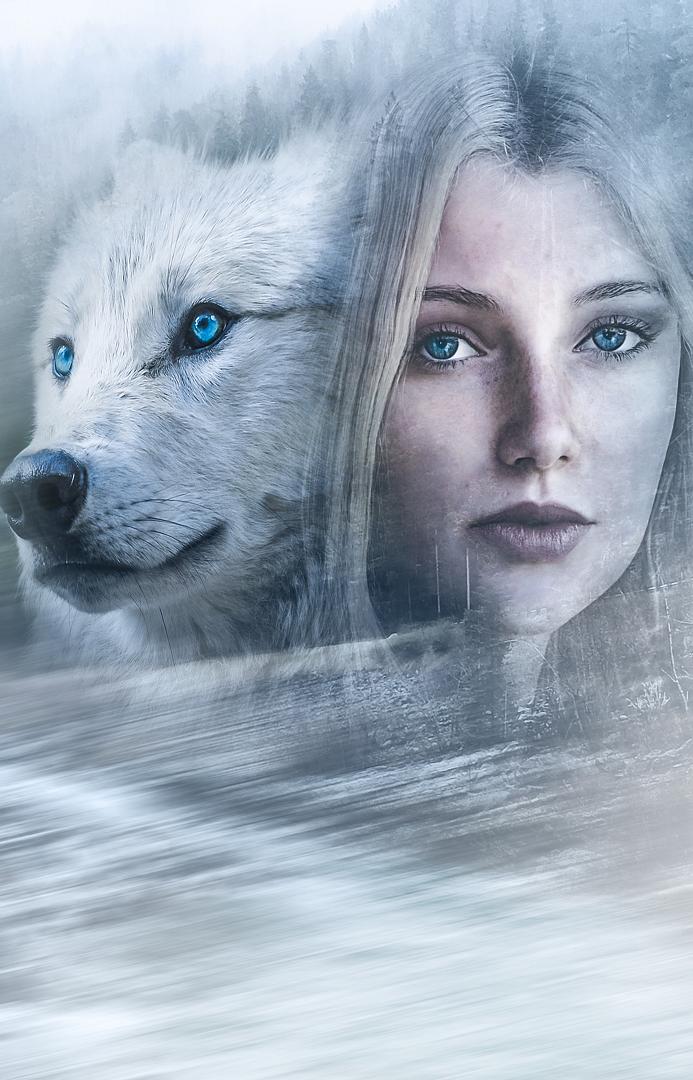 20-year-old Gianna has always been wild. She’s spent her whole life trying to escape the restraints her mom and dad, the High Priestess and Alpha King, force upon her. Will Gianna break free, or has the time finally come for her to be tamed…once and for all?

“And then, he picked me up and like slammed me into the wall… I’m telling you, it was so fucking hot I couldn’t bear it!”

“No fucking way! You’re so lucky! I mean, I like Harry; I really do. I just don’t think he hazes as much as me, you know? I want passion and raw intensity! That shit’s insane! Right, G? G? GIANNA?”

I snapped out of my daydream. “Huh? What?” I glanced into the mirror I was facing and saw the girls staring back at me.

Liv looked mildly curious, but Emily was tapping her foot with her arms crossed. She looked pissed. She must’ve been talking about her haze sex with whatever guy she was with this season.

“Gianna, were you even listening to me?” she spat.

“Yeah, babe, course I was! You and Ralph hazed so good this afternoon he slammed you into a wall, right?” I said, smiling widely at her.

She clicked her tongue in frustration. “It’s Ron.”

“Ralph was soooooo last season!” She rolled her eyes, and we giggled.

I picked up my lipstick and started applying it. Deep chocolate, my favorite. “What about you, Liv? Any wall slamming going on?” I winked at her.

She grinned sheepishly and blushed. “Not exactly, no, but I’m hoping soon there will be,” she giggled, and Emily nudged her.

I smiled and continued to do my makeup. I’d never gotten to experience a haze.

My father, the alpha king, and my mother, a powerful sorceress, had been forced by the council of elders to suppress my wolf when I was just a child.

Apparently, someone with my capabilities should not be allowed to roam around unchecked. It was simply unheard of. I rolled my eyes at the thought.

My mom and I would talk about it each season. She knew hearing about my friends’ hazes often left me feeling more left out than usual.

My girlfriends were great, and I loved them, but I would always be royalty—the princess, the alpha king’s daughter.

The haze, also known as mating season, happened once or twice a year when everyone—and I mean everyone—fucked like crazy…

Mom had told me the binds on my wolf would begin to break once I found my mate.

She’d said my mate would calm my wolf soul, and once he accepted all of me and my power as his mate, it would finally be free again.

A part of me couldn’t wait; another part of me wondered if any man or wolf could handle my wild soul.

I’d actually only ever shifted into my wolf form once. I was about ten, maybe eleven. My parents had insisted that the council wait until I had experienced one shift before they suppressed me.

My brother Diego and my father coached me through it. It went on for hours, each bone of my body breaking and changing. My body was covered in sweat from the fever.

It did hurt, I’ll admit, but Diego promised that it would get better with each shift until it was as easy as breathing.

A lot of humans thought that werewolves turned into man-shaped beasts that ran on two legs, but we actually transformed into full wolves.

We looked just like ordinary wolves, except we were a bit bigger. If a human were to see us, they would just think they’d come across a large wild wolf.

Most of the time, wolf eyes were a soft golden-yellow, but there were some exceptions to the rule. There were a few whose eyes stayed the same color as their human eyes. Like I said, a few exceptions.

I finished off my makeup, putting those thoughts out of my mind, and admired myself in the mirror. Damn, I looked good!

I wore biker boots with a leather skirt and a khaki-green blouse. Very chic, I thought, pulling my ice-white locks out of my hair tie and letting my hair fall down my back.

I heard the girls ooo behind me “G! You look bomb, girl!”

Emily was wearing a skintight red dress that looked amazing with her olive, tanned skin and dark hair, which she had in curls falling loosely around her shoulders.

Liv was wearing a blue denim skirt with a white off-the-shoulder shirt; her golden locks were tucked up in a stylish messy bun, which I could never achieve without looking homeless.

Damn, I had some good-looking girlfriends. I smiled and picked up my drink. Tonight was going to be a good night; I could sense it.

“Come on; let’s finish our drinks and get out of here before Diego spots us and rats me out to Dad,” I said, knocking back my vodka tonic.

The girls laughed, and Liv blushed. “Diego is so hot, though,” she said.

“Ew, gross, Liv!” I shoved her and rolled my eyes.

We clinked our glasses to a good night and downed our drinks.

I thought about Diego as we left my house for town. He was my biggest brother, next in line to be alpha king, and he took his future duties very seriously.

Heavy is the head that wears the crown and all that. I rolled my eyes at the thought. He was my protector, as he called it, always stepping in when I needed him…

But I never needed him. I was strong, stronger than him by miles, and he hated it.

My siblings and I we weren’t just wolves; we were witches—well half-and-half, really. We all had special abilities.

Diego had super strength and speed; his senses were heightened, which made him the perfect tracker. No matter where you were or how far, Diego would always find you.

He had the biggest wolf. At six feet, four inches tall, he towered over me at my mere five feet, three inches.

His jet-black hair meant his wolf’s fur was also jet black, and his piercing green eyes made every she-wolf weak at the knees in both human and wolf form, which he just loved.

With my ice-white hair and glacier-blue eyes, I was the white wolf, the one mothers told stories about to their pups as they drifted off to sleep, stories about a white wolf that hadn’t been seen in over a decade, since I had been allowed only one run in my wolf form.

I’d heard some stories of the white wolf, a rare wolf, they would call it.

Some wolves would look at me with curiosity, wondering if maybe I was the wolf. No one actually knew if the wolf was indeed a werewolf or just a wild one, but no one dared ask.

My powers were a bit more complicated than the others. My mom said she always knew I would be gifted beyond measure.

And then there were the twins, Lucas and Levi, both standing tall like Diego at six feet, two inches tall. Like our mother, they had golden hair and green eyes.

They also had the three Ts—telekinesis, telepathy, and teleportation. They were strong apart but even stronger when they were together.

Emily’s squeal pulled me out of my daydream as the cab pulled up outside the club.

“Oh no! Look at the queue! We’ll be waiting ages!” Liv moaned, her hands pulling her jacket around herself tightly as she got out.

“Girl, are you dumb?! We’re with royalty, bitch! We’re getting VIP treatment.” Emily rolled her eyes at Liv. I laughed and got out of the cab after them.

“Don’t worry, girls, I got this down,” I called over my shoulder, strolling to the bouncer at the door.