Leonardo Loren is a notorious womanizer and feared alpha...until he meets his mate, Ella, an independent, strong-willed, unafraid empath. When she sees the destruction he brings, she is determined to change him. But the stubborn alpha takes her to his pack against her will, and the twisted games of manipulation and seduction begin. 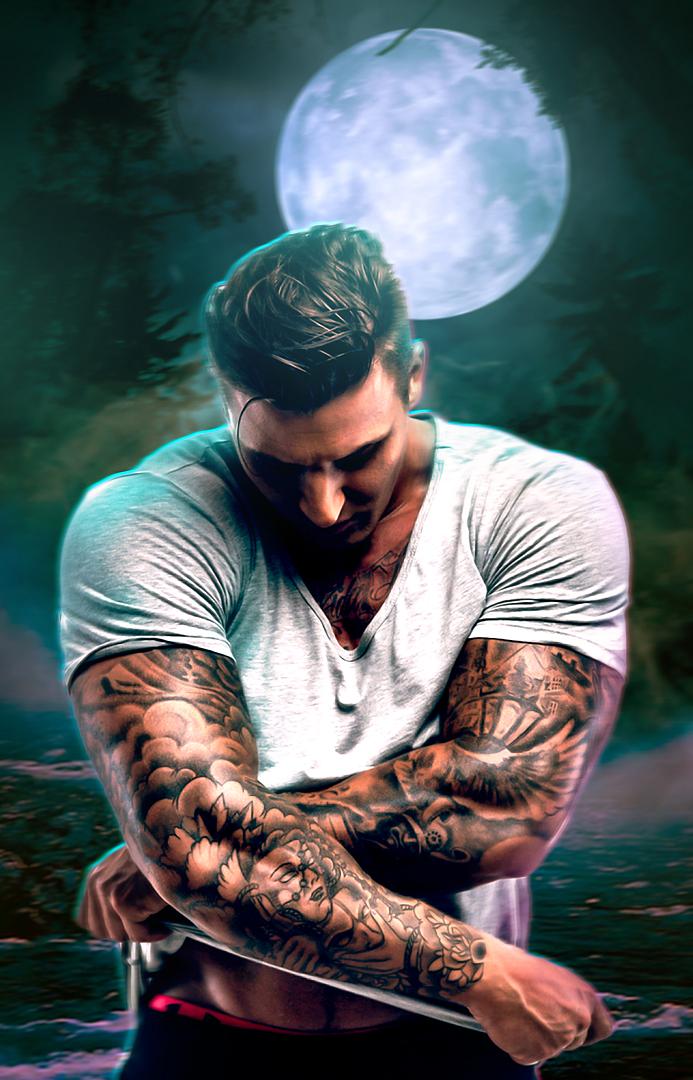 Leonardo Loren is a notorious womanizer and feared alpha...until he meets his mate, Ella, an independent, strong-willed, unafraid empath. When she sees the destruction he brings, she is determined to change him. But the stubborn alpha takes her to his pack against her will, and the twisted games of manipulation and seduction begin.

I think of myself as a gentleman. My power, my strength, and my action are driven by one thing—the instinct to protect the things I hold dear.

But heed this: if you stand in my way, you will see nothing gentle. Only everlasting suffering and anguish far beyond your comprehension.

A FEW WEEKS AGO

The music of the party thudded throughout the house, and the smell of sticky teenagers was rife in the air.

It was the peak of misguided youth, with alcohol, drugs, drunken make-outs, and a whole lot of annoying the neighbors.

Not my scene, but I was with my boyfriend who, as an established member of the football team, mixed with this crowd regularly.

We clasped our clammy hands together, winding through the crowd to our eventual destination: the drinks table.

I laughed as he attempted to open his beer with his teeth before accepting failure and reaching for the bottle opener that was lying in a pool of warm beer on the table.

After pouring myself a drink, too, and clutching it close to my chest, we weaved back toward the door, hoping to find a little fresh air without the vomit odor and sweaty bodies.

Just as the door came into sight and its refreshing breeze hit my flushed cheeks, I bumped into a hard chest. My drink sloshed down my front and oozed into my shirt.

After stumbling back, a familiar face greeted me.

It was Jake, a tall and pretty hot senior. As one of my brother’s friends, he hung around my house a lot, and I was forever bumping into him. Although until tonight, not literally.

“I’m so sorry, Jake, that was totally my fault,” I said, grabbing some paper towels from someone else’s spillage and rubbing his shirt.

“Ella, don’t worry,” he said, placing his hand on mine to stop me. “What is it anyway? Lemonade?”

“Chill, will you?” he said with a laugh. “I don’t give a shit if you’re drinking lemonade or neat vodka. You’re cool either way.”

I laughed nervously. “Thanks.”

“Hey, listen. Do you wanna dance?” His hand rested on my back as he smiled warmly.

“No. She doesn’t want to dance because, as you know, she is my girlfriend,” Cameron said, coming up behind me and placing his hand on my waist.

“Oh sorry, bro. I forgot you two are a thing,” Jake said.

Cam grunted. “You forgot? Sure.”

Jake put his hands up in defense. “Hey, I’m not involved in juniors.”

“Yet, here you are, getting handsy with my girlfriend,” Cameron hissed. “You’ve had your eye on her for a while.”

But he wasn’t backing down. Instead, he stepped closer and shoved Jake’s chest. “Keep your hands away.”

“Look, I’m sorry, man. I didn’t mean to upset you—” Jake began, but before he could finish, Cameron had thrown himself forward.

I gasped as they both hit the floor. “Cameron, get the fuck off him!” I shouted. “Are you trying to go to jail?!”

He only got a few punches at Jake’s jaw before my brother, Connor, prized him away.

Jake scrambled to his feet, glaring at Cameron as Connor held him back.

“What the fuck, man?” Connor asked, escorting him away and toward the stairs.

“I’ve got this, Connor,” I said, taking Cameron’s hand.

My brother nodded and let Cameron go, giving him a firm look as I dragged him upstairs.

“What has got into you?” I asked, bundling him into a room and shutting the door. “One minute, we’re having a good time, and then you’re beating someone up?”

I sat him down on the bed before folding my arms across my chest.

“I’m sorry. But I’ve seen him check you out before and I knew he was going to make a move if he ever got the chance,” Cam grumbled.

I sat down beside him and turned his face to look at me.

“Ignore him,” I said. “I am your girlfriend and I have no interest in giving him my number.”

“And you know that I can defend myself, right? I don’t need you to punch people for me,” I added.

He nodded again. “Surprised he even dared to try you,” he said with a laugh before lifting his beer.

“I think you have had a little too much to drink already,” I said, taking it off him. “How about we go back downstairs so you can apologize for giving him at least one black eye?”

“In a minute,” he almost whispered as he pulled me onto his lap. “I gotta show my girl some love first,” he slurred before thrusting his lips into mine.

I kissed him back for a few moments before pulling away.

“No, no. Not yet.” He wrapped his arms around my waist before kissing me again.

“Okay, that’s enough, Cam. I want to go back downstairs,” I said, pulling his hand out from under my top.

“It’s fine. I’m sure Sarah won’t mind us using her bedroom for a bit.”

“I am pretty sure she will!” I laughed as I gave him a little half-playful, half-serious shove.

But he continued to kiss my neck.

“Oh, come on, babe. Loosen up a bit. It’s time, we’ve been together so long,” he slurred again, the smell of alcohol pungent in his breath.

But he didn’t stop.

“Cameron, get the fuck off me.”

He groaned and carried on.

“You need to show me you love me, babe.”

“I said no,” I snapped, losing my patience, and shoved him off me.

He stumbled, taken aback by my sudden strength. He didn’t know my secret. Few did.

“How much longer do you want me to wait!?”

The truth was, I would find my mate one day and things between Cameron and me would end.

I may have loved him, but mate-love was different and undeniable, and I’d decided long ago that I wanted to save myself for my mate.

“If you loved me, then you would respect my decision and not try to pressure me into it,” I argued.

“You’re being unreasonable. Other couples do it all the time.”

“Well, this isn’t going to work then,” I mumbled, sitting on the bed and looking up at him.

He looked down as the corner of his lip twitched.

I hoped he’d sit beside me and apologize. I hoped I meant more to him than sex.

Instead, he held eye contact with me for a few moments before his face hardened.

“Fine,” he snapped. “Now I can have sex for the first time in five months.”

I marched down the stairs, my eyes brimming with tears. Connor was standing at the bottom, looking up at me in confusion.