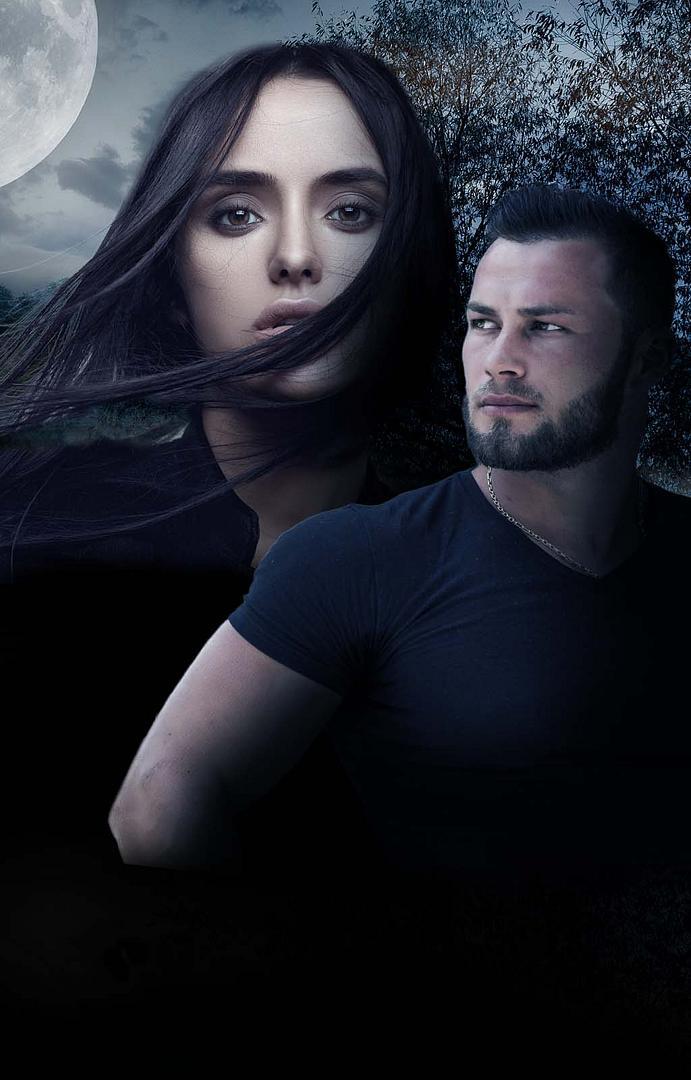 “This really has become a trend now, hasn’t it?”

The men stand in a tight semicircle in front of me, watching my every move with wary eyes.

For whatever reason, they are trying to act as if their fingers don’t quiver on their weapons, their feet ready to take a step backward if it comes down to it.

Once upon a time, there were five men, however, I whittled it down to four. By accident, of course.

The commander in chief stands in the middle, the staff in his hand carved out of dark wood and sharpened at the tip with a metal cuff for holding at the base.

Purity Pack members are against using firearms, or even silver. Right now, though, I can see he wants to use such weapons on me and go against the alpha’s rules.

“Get to your knees,” he commands; the sternness in his voice wavering with every word.

My eyes roll unintentionally at the predictability of those four words. Commander Burke doesn’t tend to bring any spice into our meetings-especially not lately.

As the commander of an elite force created to protect the Purity pack itself, he probably would rather be doing anything else than this; this being chasing a girl aimlessly through the forest.

“And comply,” we say at the same time, and he scowls. I, on the other hand, chuckle animatedly.

He casts a glance at the three men he brought with him. Did he see the scar on the one flanking his left’s forehead? I surely did... I did when I inflicted it, too.

It wouldn’t have had to happen, had he not thrown himself at my feet without listening to my claims.

I hate it when they don’t listen.

“What is this?” I muse, pulling my hand up, with my fingers outstretched. “The seventh time we have been through this?”

Commander Burke furrows a dark brow, which almost swallows his almond shaped eyes completely. He hates the talk. I do it every time though.

It gets lonely sometimes, and, admittedly, a lot of my entertainment is found playing around with Alpha Rylan’s guards.

“We wouldn’t have to, if you would just give yourself in,” Burke says irritably, his grip tightening around the handle of his weapon. Again, he’s being predictable; has he been taught nothing?

He does that when he’s about to strike, like he might catch me off guard or something. When he notices my raised eyebrow, he will loosen it.

I sigh. “Have we not established that is not an option?”

The man on the edge of the group looks over to his commander. Why he comes along, I have no idea.

Each and every time, without fail, he saunters up all confident, but runs the moment I decide to make my move. He’s my favorite.

“Trust me, creature, we wouldn’t be here if you weren’t his mate,” Burke says. Rylan won’t tell them my real name, so they resorted to calling me ‘creature’. I liked it too much to correct them.

If I wasn’t Rylan’s mate, a lot wouldn’t happen.

I wouldn’t live every moment wondering when his guards might burst through the undergrowth in a hunt for me.

I have to give him credit for being so damn insistent... It’s coming up to a year since we both found out. A year since I have been on the run.

I won’t, won’t live under his rules. I won’t believe in the goddess. And neither will my sister.

“Nor would we have to, if you didn’t steal.…” Burke reminds me. My eyes narrow at him as he brings up a subject I’m done explaining to him. Stealing is a capital offense. So is murder.

Only one of them I committed on purpose.

Again, he shouldn’t have thrown himself at me. He practically forced my hand.

“You’re right,” I say blandly. “However, you’re wasting your time chasing after someone who isn’t your alpha’s precious good girl.”

It was at that moment that one of his guards struck. Actually, I had expected it around five minutes ago.

The way he regarded me behind the cloth covering his mouth and nose gave me all the evidence I needed.

Every now and again, he would jump slightly in anticipation, as if he were ready to commit, but changed his mind at the last minute.

I had already dislodged my weapon of choice from the tree against my trunk before he decided.

A heavy rock - one I found at the bottom of the local river- filled my palm, round and perfect for throwing.

I prefer the long-ranged weapons; helps me sleep at night knowing I didn’t get close enough to him to hurt him.

I don’t even have to look him in the eyes, as I launch the rock into the air, aiming directly between his eyes.

It hits him, instantly knocking the consciousness out of him. As he crumples to the floor, beside the rock, I’m quick to mask the flicker of guilt in my expression with anger.

Anger I feel towards him.

A thick silence settles over us, until Burke cuts through it with a sigh. “A rock, that’s new.”

Usually I opt for a sharpened stick, like the ones they hold, however, not so long and extravagant. I tried a bone once too, however it didn’t last without proper treatment.

There’s nothing that fancy out here in the forest. Burke doesn’t listen when I tell him it’s an unfair advantage.

This isn’t a game to him, like it is to me. It’s his job which is why I take great pleasure in putting it in jeopardy.

Every time he drags injured men back to Rylan, I can imagine the possible consequences. Today is going to be no exception to the current streak we have going on.

“Honestly, I think you need better men,” I comment, brushing my hands off on my thighs. My pants are tattered, but they do the job.

Burke rests the tip of his staff on the ground. “How about a bargain?”

My head perks up at the sound of that. Did he seriously just insinuate such a thing? Never, in the time Burke and I had met in the forest, has he ever offered me anything along the lines of a bargain.

It was always the same old thing, so the sound of this has me a little excited.

“He wants to talk to you ... one last time,” Burke tells me. “Then he will agree to letting you walk free.”

My heart almost stops. Is he serious? Burke is an older man, which makes him twice as adamant as the young boys who usually stand by his side.

This must be putting him through such mental torture, to know I may just get out free. The thought of that alone has me openly smiling with glee.

“Interesting,” I say tersely. I can’t decide if I should believe him. “What about?”

He shrugs; a very unusual motion for such a prestige. Even the two remaining boys look a little surprised.

The blond one, who likes to run away, still looks uncomfortable though, and I feel the need to say ‘boo’ or something, to give him an excuse to flee.

I would like one too, but I won’t let them trace me back to my sister.

“You think I am allowed to know? You’ll have to find out for yourself.”

“Gross,” I mutter, remembering every other conversation I’ve had with him. It’s the same trash over and over again.

If I have to hear one word from that insufferable alpha one more time, I think I might rip my hair out. Of all the people in this world to not understand me, it’s him.

He seriously thinks keeping me locked within his pack walls constantly is going to turn me into a sweet darling. At least, that was his stance six months ago.

I haven’t heard that voice since.

“You know what,” I say, straightening my shoulders. “I’ll talk to him. If he pulls anything, I’ll kill him.”

That much is true ... maybe. Every time I have been near him, I haven’t felt the urge, but things have changed. I’m stronger now. Better.

I’m his personal fugitive. I’m planning to keep it that way.