Ellie is half-human, half-wolf. She left her pack behind to live a human life with her father when her wolf didn’t emerge as expected. Five years later she returns to the East Texas pack only to discover her childhood best friend is her destined mate. 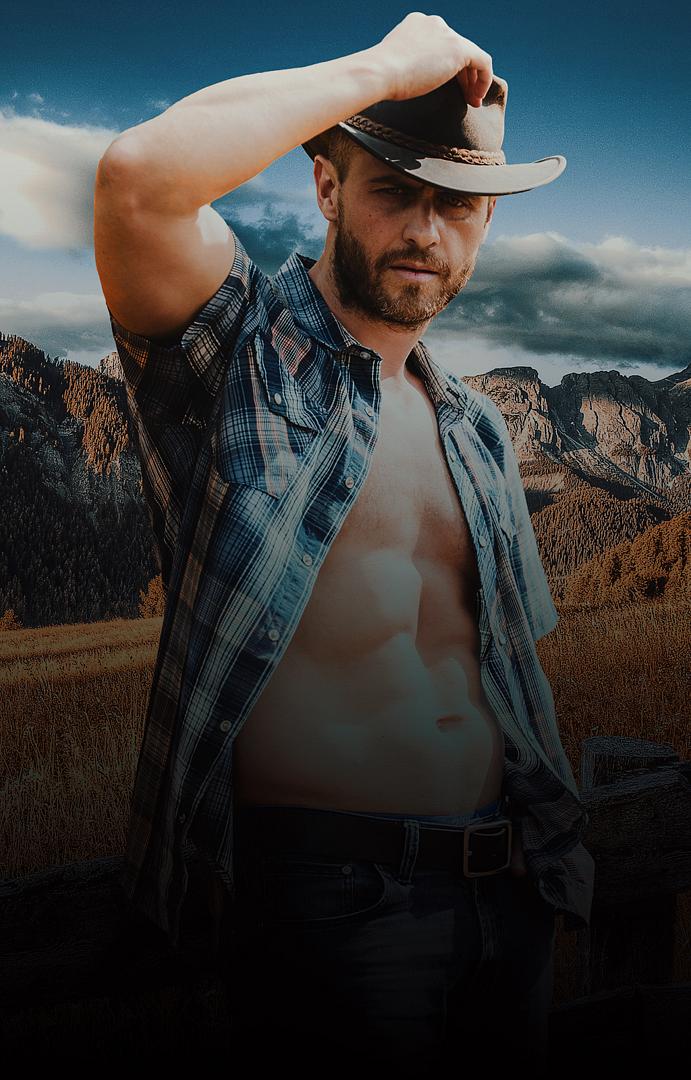 Ellie is half-human, half-wolf. She left her pack behind to live a human life with her father when her wolf didn’t emerge as expected. Five years later she returns to the East Texas pack only to discover her childhood best friend is her destined mate.

The radio station was playing one of my favorite country songs as I drove through the many fields of grass and cattle. It was a beautiful warm spring day, I could not help myself and put the windows down while I drove.

It was not long before the countryside scenery turned to heavily lush woods, reminding me of my childhood.

The trees were beginning to gain their green leaves, while the grass was growing long and green with all the heavy rain we’ve received these last few weeks.

It had been five years to the day since I left the Green Lake Pack, leaving behind the pack life to live as a human. I was disappointed when I turned sixteen and my wolf did not emerge.

Everything and everyone I loved and knew were there. However, my dad, being human, never felt like he fit in. We only stayed in the pack for as long as we did because of my half wolf side.

My mother was a werewolf. Daughter of a Beta, Beta James of the Green Lake Pack at the time of her birth. She died when I was fourteen during a rogue attack. I wanted to be just like her. A warrior. Fighter. Hunter.

My father was ex-military and quite fit for being human. He managed to keep up with the other werewolves and fight alongside them. Aside from him being human, my parents were evenly matched.

It did not change the fact that my father was ready to return to his human family and raise me as a human in order to protect me from the wolf life.

We moved to San Antonio a week after my birthday, leaving East Texas behind. Leaving Green Lake behind.

It was my uncle who invited me for a visit. It was mid-April, the peak of crawfish season, and the pack was celebrating the Alpha’s birthday with a crawfish boil and fish fry. My mouth watered at the sound of it.

I always loved my aunt and uncle and my cousin, the newly appointed Beta Joseph.

My Abuela was still alive and had been living with us up to the time of my father’s death, but my Tia (aunt) Maria had my Abuela move in with her so I could focus on my studies and youth.

I moved to Houston shortly after when I managed to transfer schools and found a nice apartment not too far from there, which I shared with Selena, my best friend. The car was a gift my uncle gave me for my eighteenth birthday.

Yet, being only an hour and a half away, this is the first time I’ve visited the pack since I left.

The truth is, I was excited to see my old friends. I see my extended family often, at least once a month except for Joseph, I see him more than that and I love them all.

I was especially excited to see Alpha Titus. He took over the pack when he turned twenty-one. He and I had been best friends, despite our age difference.

He was my protector, made sure no one made fun of my being a half-breed. My mom and his mom were best friends and therefore he, Joseph, Gamma Hendrick, and I were all inseparable.

I was never alone with them around versus living in San Antonio, where I struggled to make friends. I often thought of him. When we were younger, we had hoped we were mates.

We were both upset when I had to move. He had agreed to meet me at my home the afternoon that I left, but my father was ready to leave and did not allow me to wait for Titus.

That was on Titus’ eighteenth birthday.

I knew when I was in pack territory when I saw a flicker of movement by the river as I crossed the bridge. I turned into the dirt road off the main highway.

The territory was considered private land, therefore humans never entered, or it would be considered trespassing.

Still, I drove another fifteen minutes on the dirt road until the road turned back into asphalt and I entered a large suburban neighborhood. The pack had at the very least five thousand acres, if not more.

Enough to hide a few hundred homes and buildings deep in the woods. Not only this but a large ranch that was home to a large herd of cattle.

Ranching and oil are how this pack managed to make the millions of dollars it was worth.

The packhouse, located on the ranch, came into view and already I could hear the zydeco music playing as I parked my car. Leave it to Aunt Jane to add the extra flare to the Cajun cooking.

“Ellie Mae, is that you?” I heard once I got out of my car. I looked around for the deep male voice that called my name.

It did not take long for a large good-looking man with mocha-colored skin to lift me off the ground and spin me around. “It’s me, Hendrick.”

“Oh, my goddess! Hendrick!” I yelled when he finally put me down. “How have you been?”

“You know, awesome. You? What’s with the hair?” Hendrick asked. I bent to the side mirror to see what he meant by the comment. My blond and pastel pink highlights were still curled and up in a messy ponytail.

“You’re blond and it’s pink too,” Hendrick explained. I was not a natural blond. I was a natural brunette, and I was half Hispanic but did not look Hispanic. Therefore, I suppose me being blond was not normal for him.

“That’s on purpose,” I explained.

“Whatever. It doesn’t look bad. I just remember a small brown-haired girl with glasses and braces.”

“Thanks for making me sound odd and nerdy.” The sarcasm in my voice was very thick.

“A prettysmall brown-haired girl with glasses and braces. That, however, is no longer the case. I mean… Damn! Check ya out, you’re smokin’!”

Hendrick looked me up and down, blatantly checking me out. I could not help the reddening of my cheeks when he did so. I was curvy and well-endowed in the breast area, a solid D cup, and a tiny waist.

I was athletic. I enjoyed running and going to the gym. I played varsity volleyball and softball in high school. That was my attempt at making friends but did not go so well in the end.

“Thanks.” I smiled up at Hendrick. “Shall we go? I hear crawfish and catfish calling my name.”

When we entered the house, I noticed that not much had changed. It was still beautiful with its neutral beige and wood-paneled walls with outdated furniture.

It was large enough to house the alpha, beta, and gamma families. The kitchen was always my favorite part of the house. It was large with granite countertops and wooden cabinetry, very modern.

We walk through the sliding back doors, closing the door behind us to make sure insects did not fly in. Several pack members were standing around the deck talking.

Just down the steps, near the deck, was a large swimming pool and other pack members were standing around it, having conversations with one another.

I locate my Aunt Betty and Uncle Kevin sitting with the former Alpha and Luna, who I just so happen to call Aunt Jane and Uncle Paul, even though they are not related to me. I made my way to them as quickly as I could.

“Ellie!” Aunt Jane yelled out to me when she saw me. “Oh, my goddess! You’re here!” She screamed getting up from her seat. She hugged me so tight as though she planned to never let me go.

I could not help the tears that welled in my eyes from falling when we finally let go of each other. “Look at you. You are so beautiful. You look so much like Elizabeth.”

My mother’s name rolled off her tongue and I smiled. I was comforted by the fact that I looked like her.

“Thank you, Aunt Jane. You haven’t changed at all.”

“Ellie Mae, I’m so happy you’re here,” Uncle Paul said to me, hugging me as well.

“Thank you for having me. Wow. Things have not changed, have they?” I said to them as I walk over to greet my Aunt Betty and Uncle Kevin.

“What are you talking about? There have been lots of changes. Titus is Alpha now,” Aunt Jane began to clarify.

“I meant the house. The parties. The ranch.” I explained my statement.

“Oh, well that’s because Titus hasn’t cared to change it.”

“Why change it when it’s working. Where is Titus anyways?” I asked as I glanced around the deck searching through other pack members.

Just by looking I could tell that these were trainers, warriors, and ranch hands. Probably high-ranking ones too. There was a good mixture of men and women.

One could point out the ones that were mated to each other and the ones who were unmated just by looking at the marks on their necks.

“I don’t see either of the twins either.” Noting that none of the former Luna’s children were at the party.

“Anna Beth and Lucas are both in Austin studying at the university. They couldn’t make it because they’re studying for their exams.” Aunt Jane explained.

“Titus just got back from working on the ranch, so he went to take a shower and get ready,” Hendrick answered from beside me.

“Aunt Jane, what do you know that I don’t?” Just then a strong citrus smell with a hint of cedar filled my nostrils. It was a welcoming smell. An intoxicating smell.

“Nothing, dear.” I heard Aunt Jane say, just when I turn to meet those beautiful green eyes that I knew perfectly well, staring right back at me.

He stood tall, maybe a little less than a foot taller than me, and I, myself, am five foot seven inches and my boots added an extra two inches.

His bulky arms and torso were dressed in a nice chambray button-down with the sleeves rolled up. From what I could see, he was covered in tattoos, unlike how I remembered him.

His dirty blond hair was short but curly, and he had a nicely trimmed beard. I watched as his eyes turned black, telling me that his wolf was present.

Before I knew it, he had me off the ground, in his arms, and his nose in the crook of my neck.

“Mine.” I heard him say with a deep growl. He raised his face to look me in the eyes. My goddess those eyes. “Ellie.”