Alpha Andres bargained his daughter away to the enemy for a year. Little did he know, Autumn was being sent right into the arms of her mate—another Alpha with an intimidating reputation to match his Mr. Dark-and-Brooding persona. But are the stories true? Can Autumn figure out who to trust, and will she finally find somewhere she feels wanted? 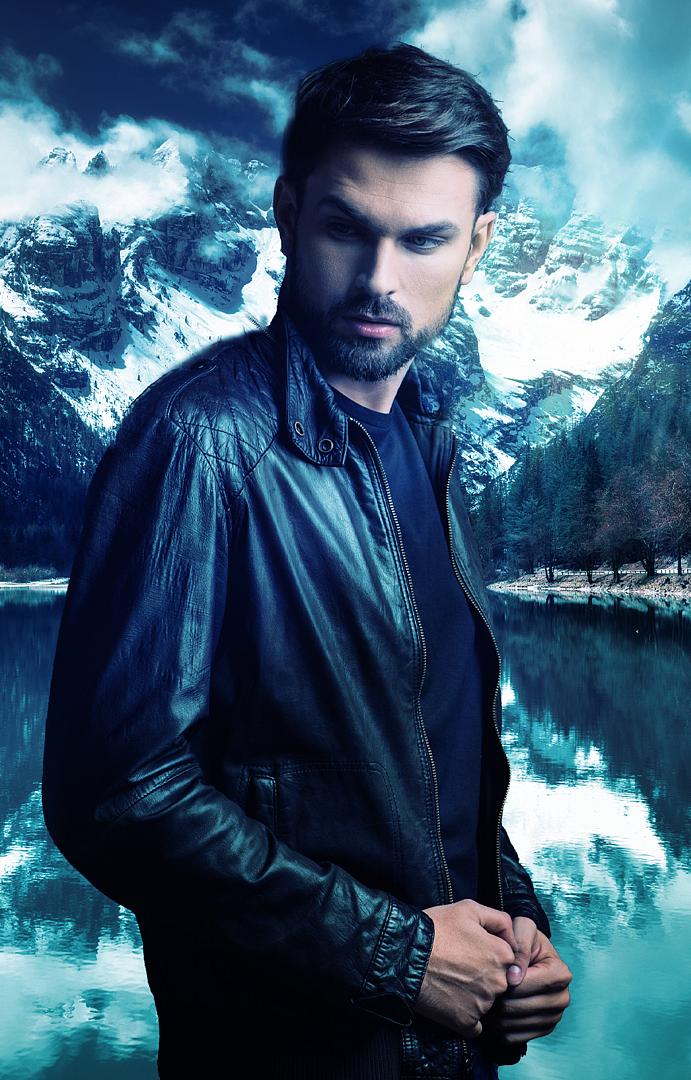 Alpha Andres bargained his daughter away to the enemy for a year. Little did he know, Autumn was being sent right into the arms of her mate—another Alpha with an intimidating reputation to match his Mr. Dark-and-Brooding persona. But are the stories true? Can Autumn figure out who to trust, and will she finally find somewhere she feels wanted?

She was his first daughter, and she would be his last.

His Luna was dead and it was all thanks to the brown haired, green eyed, so-called bundle of joy that was currently toddling her one-year-old-self across the living room floor.

He couldn’t look at her without seeing his beloved, a combination of profound love and agonizing pain coursing through his veins.

His wife was gone. He’d never hold her again. Their plans for their future were nothing more than unrealizable dreams.

He’d been excited when he’d first learned of his Luna’s pregnancy. They couldn’t wait to meet their baby. The nursery was decorated, the name picked out; everything was set. The only thing left was to give birth.

The pain in her eyes would forever be etched in his brain. His Luna fought hard to push their baby into the world. Hours and hours of labor, but she never once complained. She knew it’d all be worth it.

But it hadn’t been, not as far as Andres was concerned.

The sound of his wife taking her last breath at the same time his daughter took her first was a moment he’d never be able to come to terms with.

Instead of celebrating his daughter’s arrival, he was cursing it. Cursing her. She’d taken his Luna away, and he’d never forgive her for that.

Too distraught over his wife’s death, Andres was of no good use to his pack. His usual steel persona had been destroyed the moment his Luna succumbed, therefore leaving his pack vulnerable to their enemies.

Their most dangerous rival, Alpha Stone of the Blue Crescent pack, wasted no time planning and successfully executing an attack.

The only thing that kept the Sun Pack from being completely destroyed was the deal Stone had offered. By no means had the offer been an exercise in empathy; it’d been an act of disdain.

What Stone wanted more than Andres’s death was his misery.

The best way to hurt him, the only way to prevent the total and complete annihilation of the Sun Pack, was to give up the closest thing Andres had left of his beloved.

And thus it came to pass.

Alpha Andres of the Sun Pack pledged his daughter to the devil himself.

Nan was the mother figure in mine and Dion’s life.

As I’d been told, when Mother had passed away, Father had been utterly devastated. He hadn’t been in the right mind to care for his two children, so he’d hired Nan.

Up until a few years ago, she was always at our house. Although nowadays, she did still come around to spend time with Dion and I.

I felt as though she still hadn’t come to terms with the fact that Dion and I weren’t kids anymore, so she was always making excuses to come by and nag us about being cleaner, smarter, etc.

But most of the time, Dion wasn’t even home. He was constantly away on “important” missions to different places and what not while Father was always busy with taking care of the pack.

Hence, I was alone most of the time, with only a few people and books to keep me company.

Every once in a while, I wondered how it would feel to have a mother. Maybe I wouldn’t be as lonely as I was now if she was with me. Maybe Father wouldn’t treat me like I was a heavy weight on his shoulders.

Mother’s dying wish was that I would grow up to be a kind and strong woman, and I did. I was like her, except I severely lacked her grace and softness.

I snorted with annoyance. Because in reality, who needed those traits anyways? Yeah, a Luna, but thank god I was never going to be one since Dion was older than me.

He’d be Alpha of our Sun Pack after Father decided to retire. Shaking those thoughts out of my head, I replied to Nan.

“I need you to be downstairs in thirty minutes!”

I yelled back an okay and she continued to cook her favorite recipe: some type of Chinese meal we always enjoyed.

Today was one of the handful of days a year when we’d have a meal together as a family. Father said he had something important to tell me, something that had to do with my twentieth birthday coming up.

My curiosity levels were at their peak. Maybe he wanted to buy me my own place so I could finally get out of his life?

My imagination ran further away from reality as I thought about starting a new life, away from this pack and the nothingness I felt here.

Not only would that be my dream, but also Father’s. He saw me as a burden. He’d probably been praying that I’d be gone soon, most likely after my twentieth.

Twentieth birthdays are special for us werewolves, because we’re able to feel our mating bond on that day. That is, only if both parties are of age.

And like every other girl, I was excited, but not as much as my best friend Rin. She couldn’t stop talking about whether her mate would look like Shawn Mendes, whereas I was more of an Austin Butler kind of girl.

I wondered where I’d live after I found my mate. Our current house was big, granted my father was the Alpha. I found it completely unnecessary how we had ten rooms and three floors.

A built-in garden was a part of our rooftop, but I spent most of my time in the library or the pack’s training room.

Like a lot of the other girls in our pack, I knew how to defend myself and trained some days out of the week.

I wish I was as good as some of the female trainers in our pack. Through a few grueling training sessions with them, I realized I still had a long way to go.

But I was sure of one thing: I wasn’t going to rely on a male to protect me when I was more than capable of doing so myself.

I shook off any feelings of anxiety and grabbed my favorite book off the bookshelf. Reading was my stress reliever; it helped me escape from my boring life and delve into a world that I wish existed.

As of right now, I was in the middle of re-reading A Court of Thorns and Roses. Dion would always make fun of my obsession with this book because, oh god, I was completely and utterly ~in love~ with Rhysand.

I looked over at the time, and almost jumped out of my skin from anxiety. It was 8 p.m., and I was late to dinner. I swear I’d only been reading for a few minutes.

I jumped out of bed and stepped quickly down the stairs, afraid I would anger Father by being tardy.

I stopped dead at the somber faces of my father and Dion. Dion was always laughing and cracking jokes, so the situation seemed rather odd to me.

Father, on the other hand, was constantly serious and would only give me one word answers.

My heart thudded rapidly in my chest. I had a feeling I was about to receive news I would not like.

“What’s wrong? What happened?” I asked in a rush, my tongue feeling awfully heavy in my suddenly dry mouth.

“Nothing. Come sit,” was the gruff response I got from Father.

As always, he didn’t make eye contact with me. I’d gotten used to this behavior, so it didn’t bother me as much now.

My instincts told me something was very wrong; still, I cautiously made my way to the dinner table. The tension in the air was thick, but I knew Father would speak when he decided it was the right time.

Halfway through dinner, Dion mouthed the word sorry to me with a look of pity on his face. My confusion only grew.

I pushed my food around on my plate, and the bites that I had previously taken felt like heavy stones in my belly.

His words left me speechless. The little part of me that hoped my father’s love for me still existed was crushed.

“You will go live with the Blue Crescent Pack in two days. The duration of your stay will be one year, so start packing your bags. There’s a fifteen-hour flight you will take to get there.

“Just know, I will not budge on this.”