Grace’s childhood was crappy to say the least—abused and fat-shamed by her parents and her pack, she decided at 15 to run away and never look back. Unfortunately fate has other plans. Her mother has died, and her father is on his deathbed, so she must return to become the beta to Alpha Duke. The problem is she tried to seduce him before running away, and he turned her down. Now she’s a smoking hot badass, and Duke can’t keep his eyes off her. This is going to become a big problem very quickly. 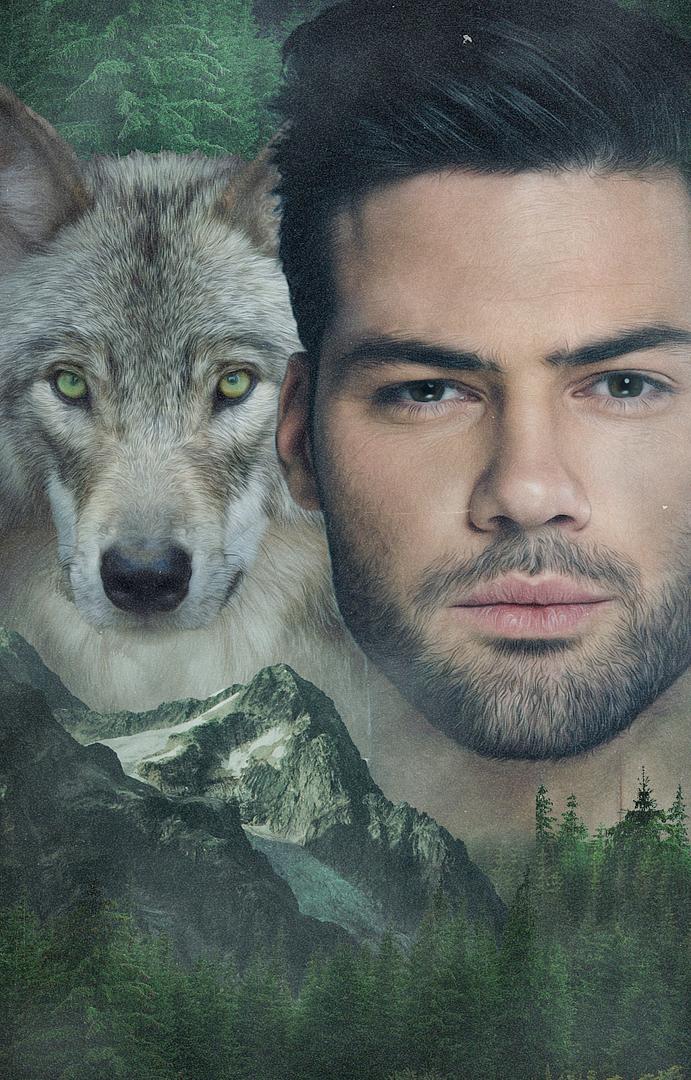 Grace’s childhood was crappy to say the least—abused and fat-shamed by her parents and her pack, she decided at 15 to run away and never look back. Unfortunately fate has other plans. Her mother has died, and her father is on his deathbed, so she must return to become the beta to Alpha Duke. The problem is she tried to seduce him before running away, and he turned her down. Now she’s a smoking hot badass, and Duke can’t keep his eyes off her. This is going to become a big problem very quickly.

“Paul, I’ve told you a million times, I’m not ready yet!” I exhaled with visible impatience.

“I don’t understand the wait,” he snapped back, his nostrils flaring in anger. “We both know that this is what we want!”

“You haven’t changed your mind…have you?” he asked after a moment’s hesitation.

I flinched as another man--the face that haunted my dreams, flashed behind my eyes for a moment, shocking me to the very core of my being.

How could he still have this effect on me?

It was one thing to come to me at night, when I had no control over the visions that took place, but during the day?

I couldn’t let that man have this level of control over me!

His voice boomed in my head, as I knew it would. The voice always followed his beautiful image.

He had been beckoning me for days

“Of course I haven’t changed my mind,” I told Paul. “I just need some more time. I haven’t even told my dad about us…”

Paul interrupted me with a scoff. “Please!” he spat as he rolled his eyes at me.

“You haven’t spoken to your dad in five years, don’t bring him into it! You didn’t even attend your mother’s funeral, they’re clearly not important to you.”

My wolf growled out a firm warning, reminding him without words who was the more dominant wolf here, as well as his status in my life.

Now was not the time to push me.

“My life is complicated, Paul! My parents and I… Look,” I muttered, my voice becoming firmer, “I won’t be pushed on this. I said I’m not ready and that’s the end of it.”

I crossed my arms. “If you’re not willing to wait, that’s fine, you know where the door is. But don’t you dare stand there and deliver orders to me as though I’m your bitch.”

“Grace…” Paul extended his arms to me, looking suddenly apologetic as he realised my infamous anger was close to bubbling over.

I shrugged his hands away before he could make contact with me. “No. You don’t get to turn on the puppy eyes and say you’re sorry and that you’ll wait for me. I’ve heard it all before.”

I closed my eyes against the voice in my mind that was growing louder and more demanding.

”I won’t tell you again. Remember who your alpha is.”

”Remember what you did, Grace. You owe them.”

I owed ~them~? The fucking nerve of him!

I owed nobody in the NightWalker pack anything.

They had never given me anything that I hadn’t paid for with my own blood, sweat and tears…so many fucking tears.

“I just want you to be accepted into the pack, Grace,” Paul stressed, snapping me out of my internal rant. “It’s been five years, and you still haven’t accepted the alpha’s offer and left your old pack behind.

He frowned. “The other members here are beginning to whisper about you. We let you off when you were young and afraid, but you turned eighteen two years ago. It’s time you made yourself a permanent fixture here.”

“Oh, and I suppose choosing you as my choice mate is the only way to do that is it?” I shot back, my voice dripping in sarcasm

“If the alpha has a problem, you tell him to come and speak to me. Now, if you’ll excuse me…”

I bumped my shoulder against his with more force than was necessary as I made my way past him.

I had surprised myself by my sudden decision, but I knew in my heart that this was right.

This was what I had trained so hard for all these years.

“Where are you going?” he asked as his eyes followed me out of the door.

I almost laughed as his eyes grew wide at my response. “To pack my cases. I’m being summoned.”

I couldn’t ignore the alpha’s call any longer. It was time to go home and face up to my past.

“Will she really come?” Thomas asked as he clutched my hand, his words slurred and slow.

I smirked as an image of Grace came to mind.

Grace had always been the “good girl”. The one that had never wanted to rock the boat. Of course she would come home.

“She’ll come back, Thomas, you have my word on that one. Don’t worry about anything, you just concentrate on getting better, let me deal with this.”

I rose, intending to leave him now that I had put his mind at ease, but the hand that was clutching mine suddenly tightened.

His nails dug into my skin as his eyes grew large, appearing almost frantic

“You’ll tell her I’m sorry, won’t you, my Alpha? You’ll tell her that I didn’t mean it, that I was stupid? I wasn’t in my right mind! Moon Goddess forgive me,” he whispered.

Tears spilled down his cheeks as he sank back on the bed, weakened by the fierce display of emotion he had shown.

I frowned down at him as his eyes closed, as his breathing became shallow and even, indicating that he had exhausted himself to sleep.

What was all that about? I wondered, thinking back to the night that Grace had left.

I knew they had argued, the two of them were always butting heads, but as far as I was aware, it hadn’t been anything that would warrant this reaction.

Both had a different story to tell. Thomas and Helen would say Grace was troublesome, difficult to deal with.

That she was promiscuous and sneaky; unable and most importantly, unwilling to partake in her responsibilities, to ensure that the pack ran smoothly.

Grace would tell tales of her abuse at the hands of her parents, how they treated her like dirt and physically hurt her for no other reason than hatred.

They had wanted a boy, a male heir to replace them as Beta of the NightWalker pack.

Grace had been ashamed of the fact that she was no better than a null, and her parents had been psychotic in their disappointment, blaming her for everything that went wrong.

My jaw hardened. The Grace I thought I had known was nothing but a mirage, a personality she had conjured up in order to seem more appealing--to gain sympathy as the damsel in distress.

She played a clever game, and knew exactly what it was she was doing.

She had probably stayed away this long to punish her father even more.

She hadn’t turned up for her own mother’s funeral, so it showed how little she cared about the parents that had done their best for her.

I knew now that I had been blinded by her as well.

I had gotten too involved, believed a teenager when she had stared into my eyes and made declarations she had no intentions of keeping.

She didn’t know how to tell the truth.

Nevermind that I had also seen with my own eyes the side of her she had tried to hide from me. I should have been more suspicious of her when she appeared that night.

Should have kept my guard up. I was saved in the nick of time only by her own stupidity.

The cynical side of me sneered in revulsion as a thought came to mind--she was bound to return home once she got wind that her father was on his deathbed.

Greedy, money-hungry Grace would be all too happy to hear that she was to inherit everything.

Even after the way she had treated her father, Thomas, he had made sure that she was still named in the will as manager of the entire estate, as well as keeping her position as the next beta.

I had been clinging to a shred of hope that she hadn’t left the pack yet, despite being accepted into another one almost as soon as she’d left, because she wanted to keep some sort of connection to me.

That I wasn’t just a pawn in her game to rise through the ranks.

Now though, I could see clearly. She had left so that she could make sure she had a higher position to return to, should her new pack not work out.

I could feel her presence getting closer, her scent becoming stronger.

She was on her way back home and this time, I would be the one to come out on top, she would not fool me again.

I laughed as I left Thomas’ room and made my way to the office. Grace was to inherit everything, including the position as my beta.

She would finally make good on the sweet promises she had whispered in my ear all those years ago, whether she liked it or not.

And this time, I would be ready for her.

I made my way to the greeting room of the house, instinctively knowing that Grace would return to her childhood home as though she owned the place.

Which she technically would in a few days, if the pack doctor was to be believed.

while her scent continued to tantalise me with its sweet aroma, I forced myself to remember her bitter lies and to plan ahead.

I needed to think of what games she was planning on playing with me this time round.

I needed to have a checkmate move ready for every eventuality.