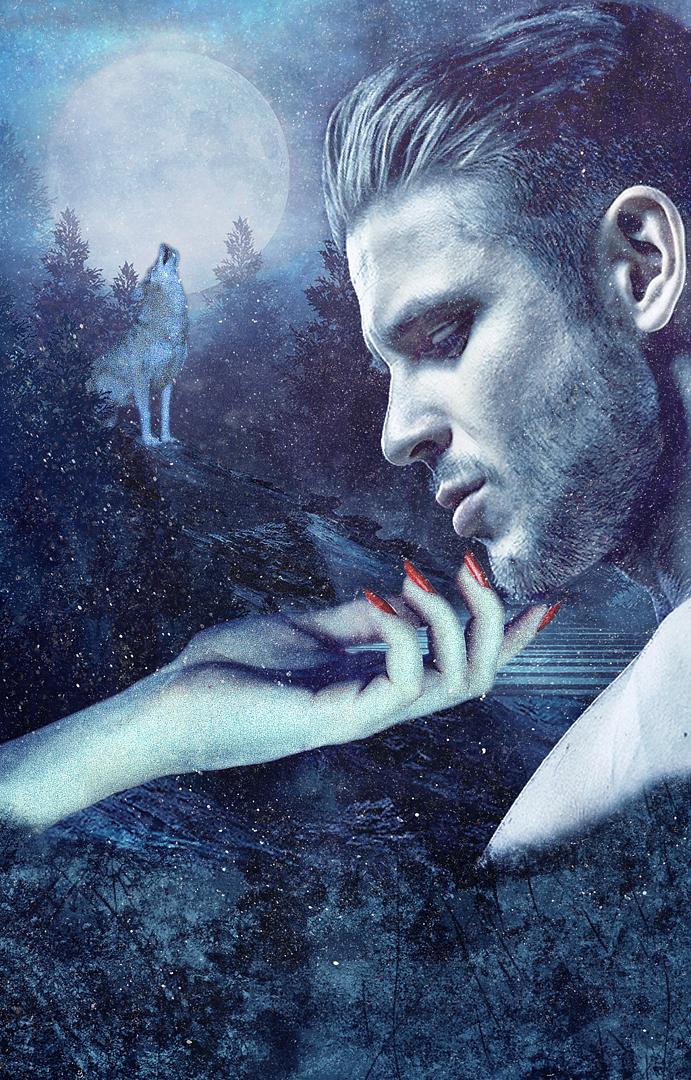 I slowly picked myself up from the muddy ground where I had landed. I hissed as pain shot through my body.

“If I see you anywhere near here again, Georgie Mackenzie, we won’t go so easy on you,” the man growled, smirking.

He spat some phlegm that I just managed to dodge. Then he slammed shut the door of what had been my own personal hellhole.

My nostrils flared as I panted, getting my breathing under control. Partly due to anger, partly due to pain.

“You fucking bastard!” I screamed.

I knew he’d heard me when the door handle started to turn. I scrambled away as fast as I could. I didn’t think my body would take another beating, not tonight.

I limped down the deserted road, my thin shirt soaked and covered in wet mud. I shivered and tried to blot out the pain; I was going to have bruises, and lots of them.

I’d only been looking for some food, rifling through the trash cans at the back of the mine office. Unfortunately for me, I was interrupted by security. It was only trash, but it was their trash.

I’d been caught before, but never beaten as badly as this. I lifted the hem of my shirt, assessing the damage.

Bruises were already starting to form across my stomach and ribs. I guessed my back would be in pretty much the same state.

I headed back toward the rough end of town, to the derelict building where me and my mum were currently squatting.

We’d found the place a couple of nights back, after we’d been moved on from the last place. It was pretty deserted.

Just the remnants of the previous inhabitants who had either moved on or gone the way of all flesh.

I’d left Mum resting on an old mattress earlier that day. I’d pawned the last of our possessions a couple of days before, just so that I could get some medicine for her.

Not that it would cure her or anything, but it relieved some of the symptoms. With no money left, I was hoping to find some food in the trash.

All I found was that bastard Maddox and his baseball bat.

Once I reached the house, I pushed aside the old corrugated iron panel. It had been put there to stop squatters getting in.

It didn’t do a very good job.

Walking into the house, I headed for the back room. It was the driest in the house. I’d dragged an old mattress from upstairs for Mum to lie on. Better than the cold floor, in any case.

As I walked into the back room, I realized something wasn’t right. It was too quiet. Mum just lay there, her eyes open, staring at the ceiling.

A sob escaped my lips as tears trickled down my face.

I’d known she didn’t have long, but it still hadn’t fully prepared me. I gently brushed my hand over her eyes, closing them. At least she was at peace now.

I quickly wiped away my tears, leaving dirt stains on my face from my recent encounter with the muddy road. Those were the least of my worries.

I had no money, no food, and only the clothes that I stood up in. There was nothing left for me here.

I left the house with no idea of what I was going to do. I just knew I had to get out of there, out of the house, out of the town; there had to be something better.

A place where people cared more about each other and less about profit. I could at least dream that such a place existed.

I rolled my eyes as I passed the sign that said Welcome to Hope Springs. More like fucking Hope Less!

Hope Springs had been a new town built off the back of a coal mine. Once the owners of the land realized they needed a workforce to mine it, the town sprang up.

People flooded in to work at the mine. Jobs were pretty scarce all over, so the idea of new jobs, a new town, and new houses brought a lot of people hope.

An ideal community that turned out not to be so ideal.

The landowners and the owners of the mine never came near. The management team dealt with it all. The owners must have been happy with the profits.

I often wondered if they realized that these profits came at the expense of the miners and their families.

Of course they realized. Everyone knew who the owners were.

Same as all the other owners of any big businesses around here. Werewolves, the stuff of legends. Only they weren’t.

Nor did they just run around in the woods. Sure, they were reclusive, but they were clever. Silent partners in all the big businesses as they raked in the profits.

It enabled them to live a life of luxury away from prying eyes. To them, humans were a resource. Disposable. It didn’t really matter how many of us died; there would always be more to fill the gap.

The miners were paid the bare minimum. By the time they paid the rent on their homes, there was barely enough to feed their families.

Any complaints and they were out on their ears. No job, no house. Meanwhile the werewolves got richer.

When the miners started falling ill, the families just got evicted, and others moved in to replace them.

Nothing in Hope Springs was free, and because the miners had little spare money, it meant that most of them went without medical care or an education.

They provided free school for children until they were thirteen. After that, it was for the family to pay. With no education, the only job their kids could do was to work down in the mine.

When Dad had gotten ill, Mum had started working down there just so we could pay the rent.

I’d tried to get a job down there when I was fourteen, just after my dad died, but they wouldn’t have it; they drew the line at kids working down there.

A year later Mum got ill. Then we had no income, so we couldn’t pay the rent, so we got evicted.

The last year, we had been squatting where we could. Pawning our belongings just to get food and medicine. The last few weeks, I had been begging and raiding the trash just to try and survive.

I shoved my hands in my pockets in an attempt to keep warm; my feet were wet and cold thanks to the holes in my shoes. I should probably have looked for another squat. It was beginning to rain again.

I just put my head down and walked.

With my mind in a different place, I didn’t realize that I’d wandered off the road and into the woods. A branch snagging on my face made me look up. A drop of blood ran down my cheek. I ignored it.

Peering into the gloom, I frowned. Lights! In the middle of the forest. Maybe a hunting cabin, which meant maybe a chance of finding some food or an empty barn to sleep in, just for the night.

I passed a sign that said No Entry—Private Property. I ignored it. As I got closer, I realized it wasn’t just one cabin, but a large house with a few smaller buildings dotted around.

Of course; it all made sense now. The Keep Out sign, the massive house. All this in the middle of a forest. This was where those fucking bastard werewolves lived.

I should have been nervous, I supposed. I wasn’t. Maybe a few years back, I would cry about the state of my life; not now, though. I had no more tears to cry.

If these bastards were as rich as everyone thought, they probably wasted loads of food.

I crept around the back of the huge house. Finding a couple of trash cans, I started to rummage around inside.

Despite my shitty day, I smiled when I found a piece of bread. It was a bit stale, but still edible. I scarfed it down quickly and delved a bit deeper.

I was so focused on the bin I didn’t hear the footsteps behind me.

Not until they grabbed the back of my shirt and picked me up like some feral kitten.

“Well what do we have here, a little thief!” he growled.

“Fucking get off me, you filthy bastard!” I screamed

Then I cried out, my body still painful from Maddox’s beating.

“Shut up, thief!” he growled again. “I’ve barely touched you!”

He carried me away from the house, toward another building.

I whimpered; I tried to struggle at first, but it was no use. I hurt too much. Eventually I just gave up. The man was big, and I didn’t think I would survive another beating.

He carried me into another building. As my eyes grew accustomed to the dimness, I realized it was some sort of holding facility.

Bars separated each section, and he opened another barred door and chucked me in.

I grunted as I landed on the concrete floor.

“The alpha will deal with you in the morning!” he growled.

I flew at the bars just he slammed them shut. Gripping the bars, I tried to shake them. A pointless exercise.

“Fuck you and fuck your alpha!” I screamed.

I didn’t get a response, and I couldn’t really see too much apart from the fact that I wasn’t the only one here. Each cell was separated by metal bars.

Then I heard a voice from my neighboring cell.

“Shut the fuck up, puny human. I’m trying to sleep!”

This must be some sort of werewolf jail. I spied a bed at the back of the cell. At least I would sleep in a bed tonight. There was even a blanket.

“Fuck off!” I growled as I headed toward the bed.

Wrapping myself in the blanket, I curled up on the bed. It was large, and it kind of drowned me. I guessed it was designed for a werewolf, not a tiny human.

I wasn’t very big in human terms, and lack of food hadn’t helped. There had never been much food growing up, just the bare essentials. That had probably stunted my growth.

I shivered. I was wet, cold, and hungry. The stale bread hadn’t been enough to fill my stomach. Still, it was better than nothing.

I closed my eyes; lack of food and exhaustion took their toll, and I finally drifted off into oblivion.