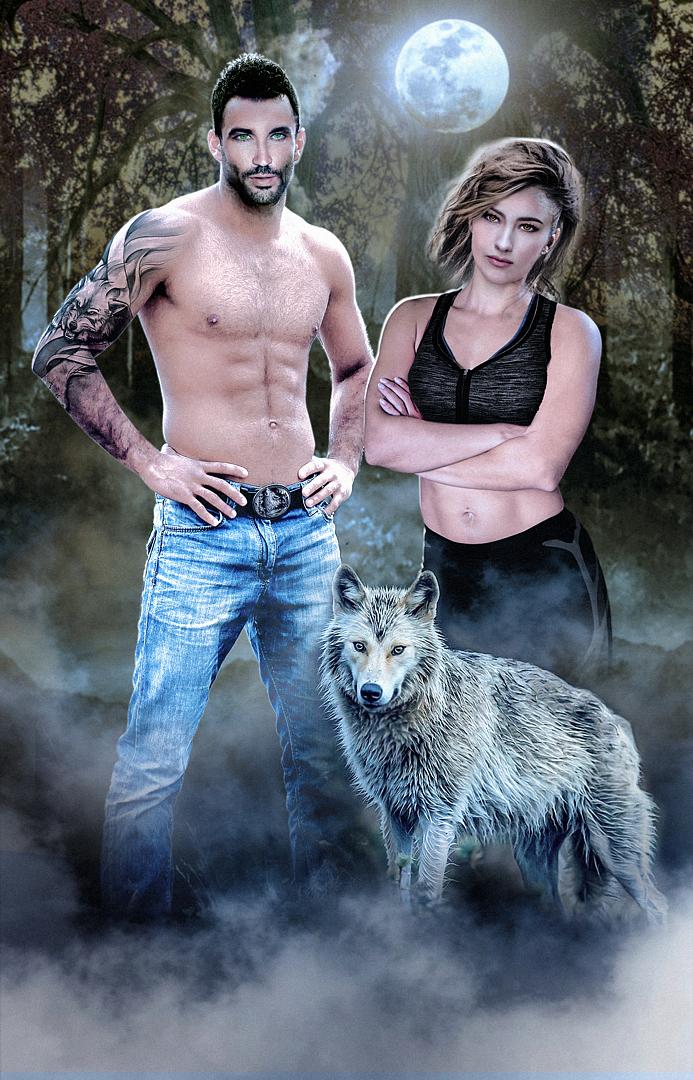 Shit. Why am I always running late? I think to myself.

My class is about to start in ten minutes and I’m still about a twenty-minute drive away.

After finishing up my MBA four years ago, I’ve been working at a corporate office ever since, and I’ve been taking Brazilian jiu jitsu classes after work to keep my body in shape.

As a wolf shifter, I need something to burn off my energy on days when I can’t shift. It’s been that way ever since I left my pack almost ten years ago, right before the mating ball.

While I have a little log cabin I go to every once in a while—to shift and set my wolf free—I need to strengthen my human side just as much.

And getting a black belt in jiu jitsu has been helping just fine with that.

I still visit the pack every so often, but everyone knows it isn’t my home anymore.

As I enter the class, I take the next full hour to clear my head, focus on my technique, and get ready to push myself even further than my last class.

Drenched in sweat, I exit the gym and notice four missed calls on my phone from Mara, my best friend back in my pack.

We still keep in touch since I left the pack; she was my dearest childhood friend and after she met her mate, Alexei, I’ve become greatly fond of both of them.

We still meet every once in a while to catch up. I figure she might want a quick chat since it’s been weeks since I last saw her, so I call her back.

“Hey Lyssa.” She pauses, and I can tell from her voice that something isn’t right.

“I have some bad news I’m afraid… Your dad is at the pack hospital. He had a stroke yesterday. He’s doing okay now, and is stable, but I think you should see him. It’s been years, and I know he misses you dearly, even though he understands why you left…”

Her voice trails off.

I can barely hear myself think. I haven’t spoken with my father in almost two years.

We’d still kept in touch after I’d left ten years ago, but after my mom passed two years ago, things had become hard between the two of us.

He was always berating me about finding a mate and helping him lead.

He knew I was strong enough to lead our pack on my own, but I could never shake him from his old school thought that a male was a more ~respected~ figure.

Either way, I decide I have to see him.

“Hey Mara, I’ll be right over. Going to stop home and take a quick shower, okay? I’ll see you guys in an hour. And Mara, thank you for letting me know.”

“No problem, Lyssa. I know you love him, and you guys aren’t always eye-to-eye on things, but I’m happy this gets to bring you guys together somewhat. Plus, I’ve missed your spunky ass bossing all these little males around and putting them in their place.”

She giggles to help lighten the mood.

I rush out of my gym class and stop at my apartment. I’ve been living here after graduating college and it was in a perfect location.

Close to my corporate job and the gym, driving distance to the pack when I see Mara and Alexei, but with enough space to allow me to live in my human world and as a respected female.

My father knew about my recent promotions at work and he was proud of me, but I could tell he’d always felt a bit deflated to see me leave his pack.

I’m worried about whether we would be having that same discussion again, but I can’t let that deter me. I need to see him and make sure he’s alright.

I get to the apartment, shower, then throw on a pair of jeans, some white sneakers, and a tank top and head out back to the car to drive to the pack hospital.

Well, fuck. I look down at my bloodied knuckles and hiss as the blood starts spilling out.

I’d come to our training center to clear my head—this morning was a particularly annoying day after dealing with Anna, the pack bitch.

She’s always hounding at me and parading around like my luna, thinking she’ll help me lead the pack someday in the future.

Especially after I mistakenly gave into her flirty antics and slept with her awhile back.

Ever since, I haven’t been able to shake her off my back. She’s needy, weak, and completely irresponsible, but I keep her around for a good time since she offers.

But this morning, she’d started up again with that luna bullshit, and I’d needed to blow some steam.

I step out of the training center while my beta, Nate, rushers over. “Alpha Damien, you have a call from Alpha Vladimir. He says it’s urgent.”

I tell him I’ll be right there, wiping off my bloody hand on my gym shorts.

At 6’2”, I tower over Nate by a head, but like me, Nate’s a fighter. We’ve trained together for most of our lives, and I trust him with my life.

I head to the office and pick up the phone with a growl. “Yes, Alpha Vladimir. How can I help you?” I know that, as an alpha himself, the man needs respect.

“Ah, Alpha Damien. Pleasure to hear from you. I hear you’ve been doing a good job—taking over pack land left and right. Your reputation precedes you.”

I sit in silence, wondering where this is going.

He continues, “I have a favor to ask of you, and it should be a win-win situation. My health is failing, and I need to make sure this pack is in good hands. The hounds have encroached my land. and a takeover is at this point a matter of when.”

“I’d rather save my pack’s lives, and hand it over to a respectable alpha, than have them lost to me anyway through future bloodshed. I ask for you to take over, doubling your current numbers, with the promise that you’ll take care of them as your own.”

Alpha Vlad’s pack has a reputation of its own. The last of the Russian bloodline, his pack was the only one that matched mine in numbers and strength.

I hadn’t heard from them for a few years, since their Luna died, and now hearing of Alpha Vlad’s condition, I know why he’s kept a low profile.

I wait before responding.

“Alpha Vladimir, I know you and my father were very close, and he continues to have much respect for what you’ve done with your people. I’ll gladly take over, on one condition… I want to meet your daughter.”

“Alpha Damien…” He so speaks quietly, I can barely make out his words

“She hasn’t been around the pack in almost a decade. She has no interest in our kind. If I may ask, why?”

He has a good point. And frankly, I didn’t know either.

I had heard about her. I had been in attendance at the Blood Moon Ball almost a decade ago, the same day I first heard about her—how she’d run away and left her pack.

I’ll admit, I was intrigued.

A woman leaving everything she’s known to live with humans? I think in distaste.

I respond, remembering his unanswered question.

“The reason is not of importance, Alpha Vladimir. I do not wish her harm. I simply wish to meet the person who would have led your pack, to ensure she understands the transition.”

“Ah, very well,” Alpha Vladimir responds. “I will speak with her and will allow you both the chance to meet. I will see you soon, Alpha Damien”.

I hang up the phone, smirking to myself. Something tells me I’ll enjoy meeting my new pack members.