Rebecca and Nate have been friends for years and nothing romantic has ever happened between them—despite Rebecca being secretly in love with him! So Rebecca is shocked when suddenly Nate can’t keep his hands off her. And now Xavier, a single parent whose kid is in Rebecca’s kindergarten class, is also showing interest. When it rains, it pours! Will Rebecca get her happily ever after? And if so, with who!? 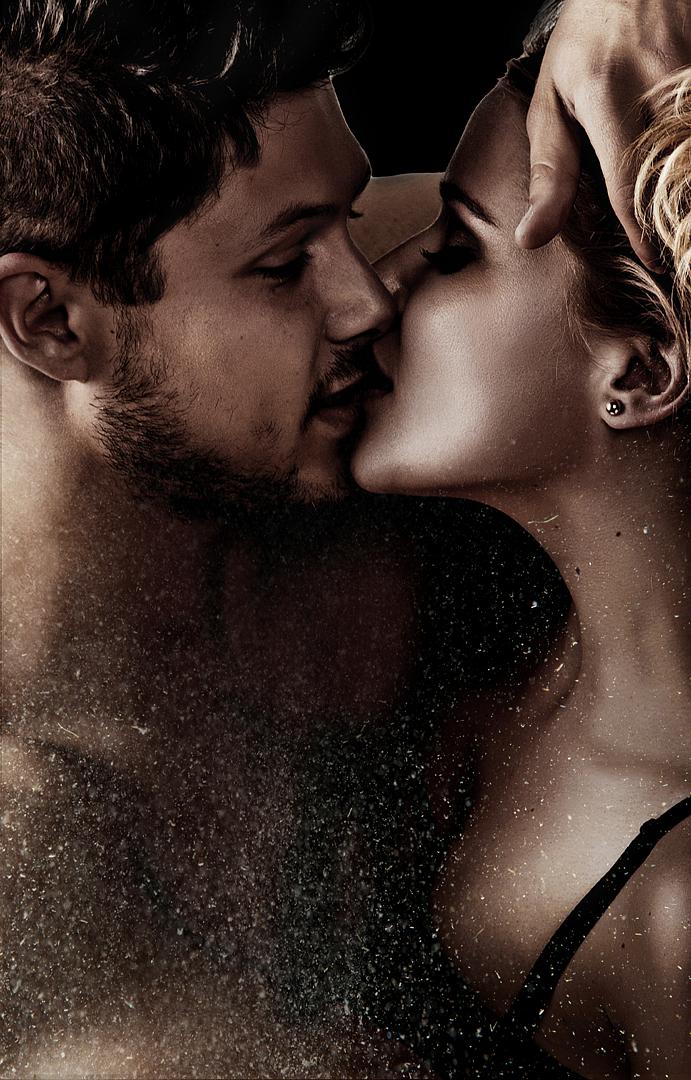 Rebecca and Nate have been friends for years and nothing romantic has ever happened between them—despite Rebecca being secretly in love with him! So Rebecca is shocked when suddenly Nate can’t keep his hands off her. And now Xavier, a single parent whose kid is in Rebecca’s kindergarten class, is also showing interest. When it rains, it pours! Will Rebecca get her happily ever after? And if so, with who!?

“Are you serious?” I could hear the loud screaming of my best friend through the phone. It was so loud that I had to pull my phone away from my ears.

“Yes, Nate,” I laughed at his excitement. I was thrilled too. I mean who would have thought that I would get the job as a kindergarten teacher, in Seattle, of all places I applied.

I always loved teaching and this was my first job offer. I couldn't turn it down just because my best friend was living there for obvious reasons.

“This is going to be so fucking cool, dude. We are going to be roommates,” he rushed and my eyes went wide at his statement.

“Woah! Hold on, roommates? What happened to your previous roommate?” I asked, letting out a nervous chuckle.

I was already skeptical about moving to Seattle because I had to face him and now he was going on about us being roommates.

I wasn't ready for it.

“He moved out like a month ago and I'm living all alone now.

“It would be perfect, Becca,” he spoke in a convincing tone which he probably didn't have to use because I was already swooning over the way my name rolled off his tongue.

“Ummm...I don't think so,” I breathed out, biting my lip and praying to God he would let it go. It was hard enough during high school and college. I don't think I can go through it again.

The problem was, I was always the best friend and never the girlfriend. At one point, I came to the conclusion that he didn't see me as a girl at all.

I was more like his guy friends but I didn't want him to see me that way.

“No more questions. You are staying with me and that's final, I missed you so much, Becca. It has been almost a year since college,” he stated, breaking my chain of thoughts.

“Alright, we will talk about it later. I'll be flying in this weekend.”

“Good, that gives me a lot of time to convince you.” I rolled my eyes with a small smile on my face.

“Bye, love you Becs,” he said as usual and cut the call.

“I love you too,” I whispered to the blank screen of my phone and groaned in frustration.

That's me, Rebecca Thompson, hopeless in love with my best friend, Nate since high school. I thought I was over him by now but I was so fucking wrong.

Just the sound of his deep sexy voice, made me go nuts, bringing back unwanted memories. Pushing away my thoughts, I pulled my long chestnut brown hair in a ponytail and made my way downstairs to eat.

“Did you inform Nate?” My mom started as soon as I sat down to eat. Yup, I was still living with my mom. It was just me and her. My dad passed away when I was two years old due to cancer.

I hardly remembered him.

“Yes mom,” I mumbled as I filled my plate with some eggs and bacon.

“Well, I'm glad you have someone to help you out and settle in. Moving to a new city can be pretty scary, baby.” She spoke, adorning a concerned look on her face.

She was almost my height with the same chestnut brown hair and brown eyes while I had blue eyes, the one thing I physically inherited from my dad.

She was working as a senior consultant in an MNC company and only I know how much she struggled to get to that position.

“I know mom but I'm not a kid anymore, Nate will help me and in fact he suggested that I stay with him,” I blurted out, making her raise her eyebrows.

“Someone is finally noticing my baby girl,” she said in a sly tone, making me roll my eyes. She knew all about my silly crush on him since high school.

“He never sees me in that way mom and I don't think it's going to be any different now,” I muttered in annoyance, poking my eggs with the fork.

“I honestly don't know what you see in him. He is good looking though, I'll give you that.” She winked at me, taking her plates to the sink.

“MOM!” I exclaimed as my cheeks burned. Sometimes I forget that she is my mom. She was more like the girl best friend I never had.

“What? It's true. I would have already tapped that ass if I were you,” she joked, making me laugh at her response, “Trust me, he is a fool to not notice a girl like you.

“I hope something interesting happens in Seattle,”

“He could already have a girlfriend for all I know,” I spoke with my mouth full of food.

“Let's hope he doesn't have one and if he does, you better show him what he is missing out,” she shouted from the kitchen and I stood up, taking my plate to the sink.

“Yeah whatever, you should find someone soon instead of advising me,”

“Not this again,” she groaned, throwing back her head.

“Yes again, you need someone to take care of you when I'm not here mom and I know you aren't dating because of me.

“I'm telling you for the millionth time, I'm fine with it,” I hugged her from behind and felt her shoulders relax.

“Alright, I'll think about it,” she said softly, making me smile. She always worked so damn hard for us and it was about time she took a break.

“That's much better, I'm gonna go pack now.” I kissed her cheeks and ran upstairs to my room.

I started packing all my things and made sure I wasn't missing anything. I didn't have many people to say goodbye to as Nate was my only friend.

After graduation, he moved to Seattle since he got a job offer as a game designer. He was into gaming and stuff. I thought it was for the best when he moved far away from me.

Funny, how life threw me in his direction again!

All these years, he always had a girlfriend or a fling. I never got a chance to tell him how I felt. Maybe this job was a sign after all, maybe we were meant to be and this was our perfect timing.

My mind started to do its own thing, imagining crazy scenarios. I couldn't help but smile at the thought of seeing those smoldering sexy eyes again and possibly living with him.

Man, how much I wanted things to be different this time!

“Finally done!” I sighed in satisfaction, zipping my luggage, and fell on my bed.