Amber thought her life was perfect. She was in love with her boyfriend, Frankie. She had a good summer job at Taylor’s Books and was enrolled at Marshall University, studying to become a teacher. Everything was on track for the perfect life…until Bastian walked in. Not only is he the most handsome man Amber has ever seen, but she feels a pull she’s never felt before… 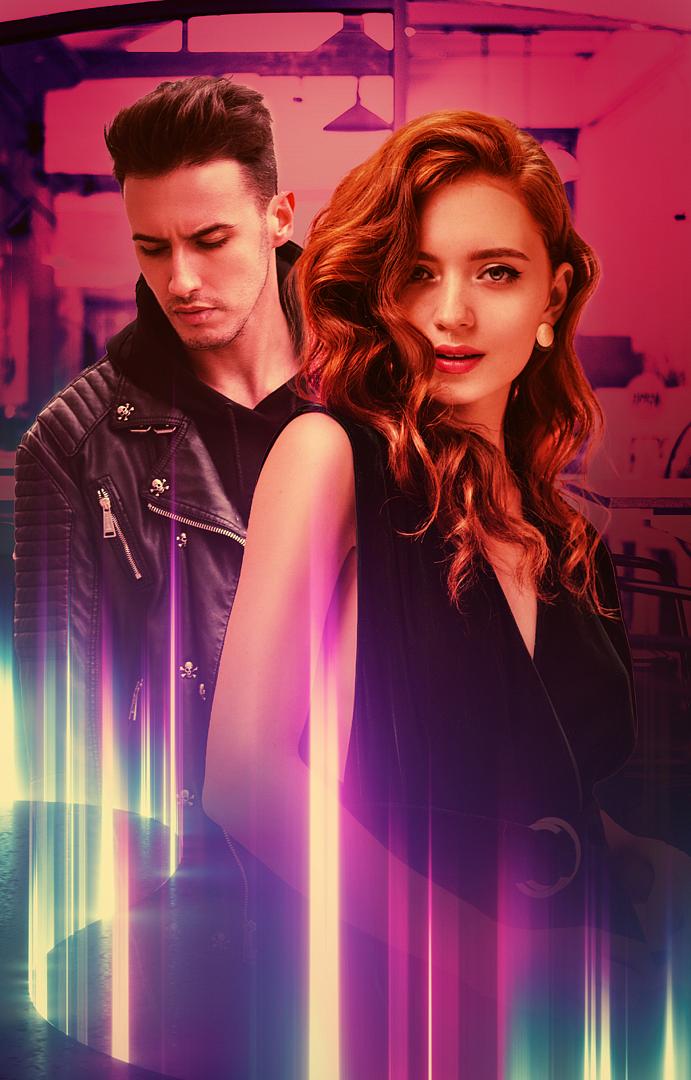 Amber thought her life was perfect. She was in love with her boyfriend, Frankie. She had a good summer job at Taylor’s Books and was enrolled at Marshall University, studying to become a teacher. Everything was on track for the perfect life…until Bastian walked in. Not only is he the most handsome man Amber has ever seen, but she feels a pull she’s never felt before…

You know, working at Taylor’s Books wasn’t a bad way to spend the summer. The drive was a bit far, but the people were nice, the hours weren’t bad, and it was more money than not working.

Plus, I got evenings off to spend with my boo, Frankie. It was the last chance we had to really spend time together before he went off to Indiana to be the star of Notre Dame.

Which didn’t just make him the star of Huntington—I think everyone in West Virginia knew him by name. Going out with him was like dating a rock star.

Plus he was super hot, with the body of a superhero. Something I hadn’t yet fully taken advantage of, but we had time, and waiting was important to me.

I was certain that he was the one, and that we were definitely going to get married and have lots of babies. After the summer I was off to Marshall to get a teaching degree.

I mean, I probably won’t need to work with the way Frankie’s career was going, but I just love kids and really want to be a teacher, even if I don’t need to be. My life was perfect.

That was, until Bastian came in for a double pump honey latte. I don’t think there was a single person, let alone woman, in the entire place that didn’t notice him walk in.

But what I couldn’t believe, apart from just how crystal blue his eyes were, was that they were directed at me. He didn’t look at me like a customer, it felt as if his eyes went right into my soul.

When he spoke it sounded like a gong had just gone off in my heart, and I swear I didn’t ask him to repeat his order just to hear him say “double pump” again. It took me another moment but I managed to pull myself together.

His smile made my knees shake and I suddenly wondered what the hell was happening to me.

I managed to hold in a schoolgirl’s giggle and say, “Anywhere you like.”

He nodded at me and took a seat nearer the back, but, and I swear I’m not just imagining it, he sat down facing me. The entire time I spent making his coffee I could feel his eyes on me. Those pools of crystal blue analyzing me.

I even had to stop before adding the milk to take a deep breath and remind myself that I was happy, and in love. I caught my reflection in the coffee machine and frowned.

Hot guys come and go, Frankie was forever. Just thinking his name calmed the pitter-patter of my heart. I finished his order and was ready to take it over to him.

But when I turned, he was standing at the counter again. Having him suddenly be so close almost made me moan in surprise, which would have been embarrassing.

“Actually, and I’m sorry to do this to you, but can I have it to go instead?”

“Thank you. I appreciate that.”

I poured my coffee into a to-go cup, ruining a perfect split, and handed it to maybe the most beautiful person I’d ever seen.

He smiled again and I thought my lip was going to start to tremble. Something about him just rattled my core. I was happily in love, stable, and, honestly, a virgin. I had my life planned out. I always had.

But this man made me want to rip off my clothes, and his, and throw caution to the wind. He radiated sex in a way that I didn’t know was possible until that moment.

My bestie, Jessica, would call it a clit boner. Which I normally thought was a gross term, but now it made sense.

He took the coffee from my hand and I hoped and feared that our fingers might touch, but they didn’t. He then put down a ten, apologized for making me ruin the coffee, and left.

And all I could think was, I hope you come back soon.

I waited until he was out of view before rushing into the back to take a quick break. I knew that everyone in the place had noticed him, but I needed a moment and Jessica needed to be told.

AmberBitch! I need to tell you something!

I laid the story out for her, and, as expected, she confirmed it was a clit boner.

“Love it or hate it, doesn’t make it less true.”

She had me there.

“What if he comes back? You gonna try to start a conversation?”

“What? No, I mean, probably not. Also, what are the chances I see him again? Like, Taylor’s is famous, people come from all over. Plus, thinking about it, he didn’t sound like he was from around here and I promise I would have noticed if I’d seen him before.”

Jessica hummed at me then said, “Speaking of Starchild…”

I could hear the smile in her voice.

“Are you seeing Frankie tonight or can I get some BFF time?”

“He’s away, actually, so I’ll text when I’m done. I should probably get back to work.”

“Fabulous, emphasis on the abs, by the sound of things. Laters, babe.”

She hung up and I went back to the counter to have, what I hoped, was a normal last couple hours of work.

I liked my job, but now I couldn’t wait to leave, take a cold shower, and pray that Jessica could snag a bottle of wine from her parents.

They were pretty chill about it, saying that in Europe people could drink at eighteen, and so as long as we weren’t reckless it was fine. I still wasn’t much of a drinker, but I felt like I needed it.

And besides, she was aiming herself at LA and Hollywood. It was my last summer with her too.

I had noticed her the first moment she stepped into Taylor’s to ask for a job. I had been across the street waiting for my dad to get back in the car. He was out collecting, and I had to drive.

Something about her drew my eye. The way the sun played off her auburn hair, the way she smiled as she held the door for people leaving. There was something pure about her that I’d never seen before.

And, as the man of action I was, the beta of my pack, I went right in to talk to her…two months later after working up the courage.

It wasn’t that I was a stranger to women, far from it, but she was different. I had to know why, and I’d never forgive myself if I screwed it up.