After Kyla's friends convince her to rebound from her cheating ex-boyfriend with a one night stand, she's sure she's got love and lust out of her system for good. Now she can focus on her career as a marketing assistant. But little does she know that the handsome stranger who just rocked her world is her new boss. Kyla decides to keep their relationship professional, but her billionaire boss isn't easily deterred... 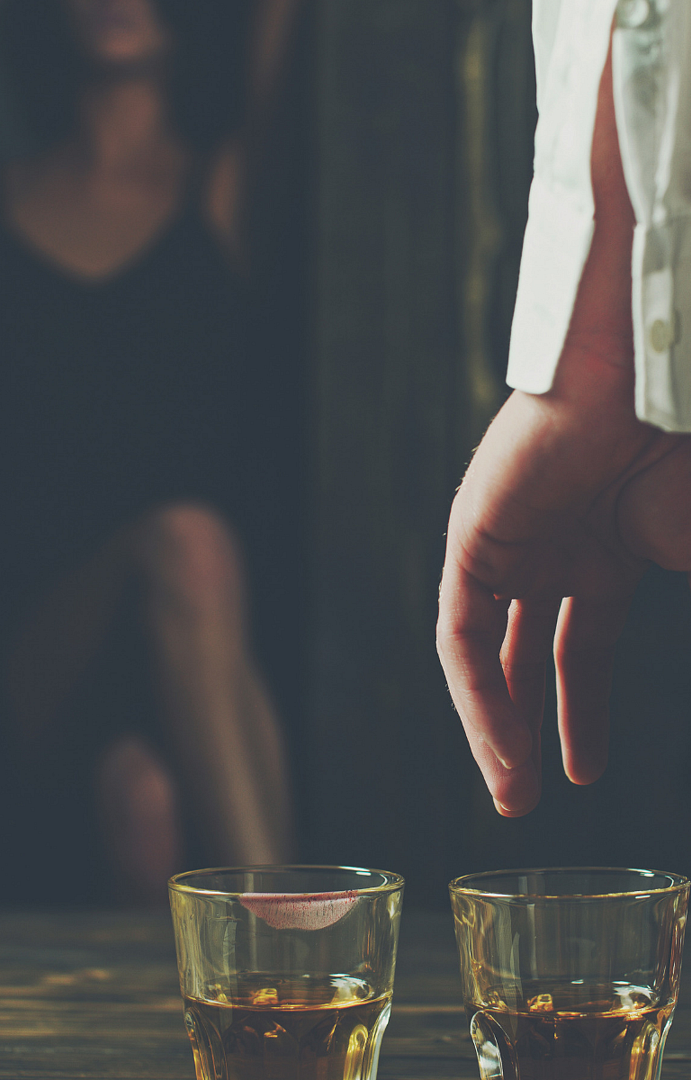 After Kyla's friends convince her to rebound from her cheating ex-boyfriend with a one night stand, she's sure she's got love and lust out of her system for good. Now she can focus on her career as a marketing assistant. But little does she know that the handsome stranger who just rocked her world is her new boss. Kyla decides to keep their relationship professional, but her billionaire boss isn't easily deterred...

Kyla I’m the worst
KylaDon’t hate me
KylaMr. Leach gave me some last minute work
Aldenbabe. u serious?
Aldenit’s our 3 year anniversary
Aldencan’t you just do this tomorrow?
Kyla😞
KylaYou know I can’t, Alden
KylaThis is Leech we’re talking about
Aldenur killing me.
KylaI promise I’ll make it up to you
Kyla😉
Aldenfine. ill see you later.
KylaSee you soon, love!

Most women put love first, career second. But I’m not most women. At twenty-six years old, I was the youngest marketing assistant in our company and I’d fought too damn hard for that position to allow a little anniversary to get in the way.

Don’t get me wrong, I loved Alden. And I felt bad making a mess of our plans. But I knew, if he really loved me, he would understand.

My girlfriends used to laugh and say that was just because I hadn’t realized my “full orgasm potential.” Coleen would always argue, “Kyla. If you were really satisfied, work would be the last thing on your mind.”

To which I would scoff and shake my head. Coleen, the girls, they would never understand. Sex? Love? They were just not my priority. What’s the matter with that?

But, deep down, I admit…I did wonder. What was I missing out on? It wasn’t that Alden was a bad partner. He was just more practical than passionate.

And, being a career woman who craved stability, that was exactly what I needed!

So, why, at night, when Alden went down on me…did I feel almost nothing? Why, when he pumped into me over and over, did I find my mind drifting toward consumer rating reports?

What was wrong with me?! Why couldn’t I be more of an initiator in bed and just tell Alden what I wanted?

No matter. I promised myself that tonight, for once, I would prove to Alden and myself that our relationship mattered. I was going to give him the best sex of his life.

For once, I told myself, ~put love first, Kyla.~

Alden was worth it.

Or, so I thought.

After re-reading those texts from Alden over and over and realizing how much this anniversary meant to him, I managed to convince my boss Mr. Leach to let me out early. I considered telling Alden I was on my way home.

But why tell him when I could surprise him?

On the way home, I met up with my best friend Coleen and stopped at a lingerie store. She helped me pick out the sexiest panties I could find. They were black lace and transparent in exactly the right parts.

I couldn’t wait to see the look on Alden’s face when I slipped out of my pencil skirt. He was going to lose it.

At the register, the employee began to wrap them up in a bag, but I shook my head. “That won’t be necessary.”

She raised an eyebrow, smiling suggestively, and handed them over as they were.

The second I said goodbye to Coleen and got onto the nearly empty bus, I removed the average panties I was wearing and slid this sexy pair on. I could have done it in the dressing room, sure, but it wouldn’t have felt as exhilarating.

Now, I was ready. I hurried home as fast as I could, feeling myself moisten in pure anticipation. Save it for Alden, I told myself.

I got off the bus and jumped into the elevator, teeming with excitement. Although I was exhausted from work and butting heads with Mr. Leach all day, I could feel a second wind coming on.

I suddenly felt giddy and naughty, imagining all the things I was going to do to the man I loved.

When the elevator doors finally opened, I rushed toward our door, practically salivating at the idea of him.

I turned the key, swung the door open, and smiled my most sexy, wicked smile.

But, as it turned out, I was the one in for a surprise. Because as I stepped through the hallway into our bedroom, I found the man I loved, the man I’d spent three years with, the man I was finally putting first, buck-naked with another woman.

I stood, frozen, staring, refusing to believe my eyes. This wasn’t happening. Not to me. This was one of those scenes in movies, not a real-life flesh-and-blood betrayal.

“Babe,” he sputtered. “Jesus, I thought—you weren’t supposed to be…”

I didn’t have a voice. I could barely breathe. The other woman, riding him cowboy-style, turned around to look at me, startled.

It wasn’t just another woman. It was Mallory Cornfield. The girl I’d hated most through college. Of all the women he could’ve chosen to cheat on me with…it had to be her?

Now, my shock was giving way to pure molten rage. My hands shook. My teeth chattered. I felt my eyes growing bigger and more bug-eyed with every second.

Mallory didn’t hesitate. She slid off Alden’s crotch and gathered her things, running out of the room, looking traumatized. Good. I hoped she would have to live with the shame for the rest of her life.

I knew nothing would ever erase the image from my eyes, that’s for sure.

“Babe,” Alden said, sliding on his boxers and getting to his feet, approaching me. “We can work through this. You and me, we’re worth—”

He stopped. I had never felt so completely out of control my entire life. It was like another force entirely had taken over, and all I could do was stand there and watch, powerless.

“Mallory, she means nothing,” Alden said. “She was the one who came on to me. We were just talking over coffee, and then…one thing led to another…and…”

I blinked. The mention of that bitch’s name seemed to have brought me back to life. I raised a leg and removed one of my heels. Alden frowned.

Then, I threw it as hard as I could at his face. It missed him, hitting the lamp, sending it crashing to the floor.

Disappointed I’d missed, I calmly lifted my other leg, taking off the other heel.

This time, I didn’t miss. My heel hit Alden square in the face. He bowed over in pain, grabbing his nose.

“One day until what?” he said, muffled, his hands still covering his busted nose.

“To gather all your things and get out of this apartment.”

His eyes widened, and he lowered his hands. He took a step forward.

“Please, Kyla,” he said, tearing up. “Let’s not rush into anything we’d regret—”

And now, the cold, calm exterior I had somehow managed to keep intact until now began to crack. The reality of our situation hit me like a heel to the face. Three wasted years. On this bastard.

His bare knees looked like they were about to buckle. His lip quivered. He finally understood: this was the end.

Then, I turned and walked out, barefoot, to my car. It wasn’t until I checked into a hotel an hour later and sat down on an unfamiliar bed that the tears came.

I don’t know how long I cried, but when it was done, I made a promise to myself. I would never love again. My career would always come first. No man would ever get this power over me as long as I lived.

But, as I would later come to learn, that’s the thing about promises.

Nobody ever keeps them.

THREE MONTHS LATER…
Meganwe ready, girls?
Megantonite’s the night!
ColeenYAAASSS finally
Rose🍆💦😛
MarieOmg, kyla, i cant believe its finally ur turn
Kyla😣
KylaGuys do we have to do this?
Meganu know the rules…
Megannobody gets out of the game.
KylaYou girls are going to be the death of me
ColeenLOL no
Coleenwere getting you LAID
Marie🔥🔥🔥
MeganThank us later, bitch
KylaI’m really not sure about this
KylaEver since Alden I just don’t see the point
ColeenKYLA. trust us.
Meganwe have some experience. 😉
KylaIf you say so

I couldn’t believe I was going out. Yes, three months is a long time to go without sex. But as I slipped on my nude Marc Jacobs wedges, all I could think of were the heels I’d thrown at Alden.

God, how was I ever going to erase this memory? I’d thrown myself into my work, focused all my energy on our clients, and done everything I could to distract myself. But still, three months later, I remained tortured.

My friends were certain they had the solution. The game. If you had told me a few months ago it would soon be my turn, I would’ve called you crazy.

But here I was, getting dolled up, about to go to some random bar to have sex with some random stranger.

Since when did a one-night stand ever fix anything?

As I called a taxi and waited for it to arrive, I braced myself. If the girls wanted to play the game, that was fine. But that didn’t mean I had to play by their rules.

Taking a deep breath, I stepped outside, ready to take on the night. No man is going to end up in my bed, I told myself. ~No chance.~

But the night, as I would soon discover, had other plans.