As the true heir to the throne, Keyara has kept her identity a secret her entire life. When King Ash visits from a neighboring kingdom, Keyara has no idea what secret he is hiding. But when he tells her what he really is and claims her as his mate, she realizes she may finally have the chance to retake what is hers. 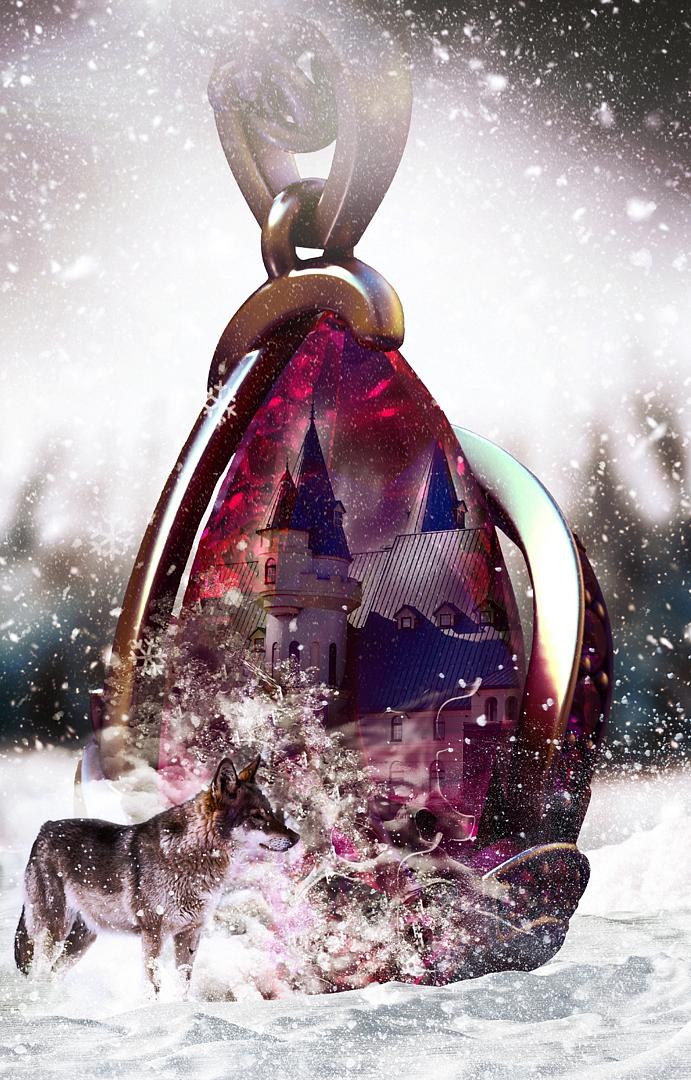 As the true heir to the throne, Keyara has kept her identity a secret her entire life. When King Ash visits from a neighboring kingdom, Keyara has no idea what secret he is hiding. But when he tells her what he really is and claims her as his mate, she realizes she may finally have the chance to retake what is hers.

She stood atop the tallest tower in Levian Castle, admiring the rising sun, the mountains to her back.

This was the time of day she loved the most, when she could just bask in the peaceful silence of the morning and admire the land all around her. The kingdom of Levia.

She glanced down at her dirty clothes and sighed. Not that anyone knew it.

Her parents, the rightful king and queen of Levia, had been killed just two days after she was born.

After many lost pregnancies and stillbirths, they hadn’t announced the pending arrival of Keyara, not wanting to disappoint the kingdom with another lost heir.

Only a few servants close to the family even knew she existed, and when Lord Pershing had arrived to sack the castle, those servants had escaped with her through the secret tunnel.

Anne, her mother’s maid, but also her closest friend, had raised Keyara in secret alongside her own daughter.

Jenna was just a month older. Everyone thought they were twins. Not identical, of course, but their coloring was similar enough for them to pass as sisters.

Anne had raised them as such and had only told Keyara and Jenna the truth when they were old enough to keep the secret. To everyone else she was just Key, the servant.

Anne’s husband and Jenna’s father was a Levian knight who had died in the battle along with most of the kingdom’s other loyal men.

The majority of Pershing’s force had perished as well, greatly diminishing his power, but in the end managed to overpower the castle.

She wondered if the kingdom was worth the damage it had done to his power to achieve it, losing so many of his men and wealth in the process.

He was once a very rich and powerful lord, Anne had told her, but his greed wouldn’t let that be enough; he wanted the throne.

It was a bloody and close battle, and anyone who was left at the end had been forced to submit to Pershing or be executed alongside the deposed king and queen.

Many from inside the castle chose execution. Most of the common people from outside the walls didn’t.

Key didn’t blame them; they had families to support and lives to live. What did it matter to them who the king was? But as a result, pretty much everyone who ever knew she existed was now long dead.

As soon as the girls were old enough, they had been put to work inside the castle. Jenna worked with her mother in the kitchen, where Key occasionally worked as well.

But mostly she did the jobs no one else wanted, keeping the fires fed with wood, feeding and cleaning up after the livestock—what little was left of it these days.

She kept her head down and stayed to herself as much as possible, rarely interacting with anyone in the castle besides the other kitchen girls.

Anne had drilled this into her from a young age, on the unlikely chance someone might recognize her. Anne told her she looked very much like her mother.

This thought pleased her, even though she felt very little toward her mother. It’s hard to feel close to someone you never knew, and Anne was her mother in every way that counted.

As she admired the view of the rising sun, she suddenly felt an odd sensation at her back. A tickle, almost as if someone’s breath was on the nape of her neck.

She turned around just as a group of riders emerged from the edge of the forest.

Was that King Ash from Kodia? She walked to the other side of the tower, leaning over the wall and squinting at the flag they flew.

Yes, there was the banner of the Mountain Kingdom rippling in the wind, the red wolf splashed across the black mountain in the background.

She knew he was due for his yearly visit soon, but the servants had not been told to expect him today, which was odd.

Anne had always insisted she stay out of sight for royal visits.

Most of the other rulers of the realm had met her parents, and Anne feared they might notice her resemblance to the former queen, even though no one knew she had a daughter.

They had never met King Ash, however, only his father. He was too young to remember her parents, if he had ever met them, which she doubted. He inherited his kingdom five years ago at the age of twenty.

Anne, as overprotective as she was, had always sent her away for his visits anyway.

The Mountain Kingdom of Kodia was a bit of a mystery. Even though it shared a border with Levia, Key knew very little about it.

It was a prosperous kingdom, despite occupying almost uninhabitable land high in the mountains, far beyond the borderline, where snow was almost always on the ground.

People couldn’t even farm it, it was said; it was too rocky and cold. But they traded in animal furs and gold, and had strong warriors on top of it all.

No one had ever seen their castle, Key had heard King Pershing say. It was that difficult to navigate the terrain. This fact was probably what had kept them from ever being invaded.

There were also the rumors that circulated that their riches came from magic and monsters. Men who turned into wolves.

Keyara thought they were probably just good at ruling their kingdom and making trades, something Pershing certainly knew nothing about.

Anne would be in a fit at their arrival; they wouldn’t have anything suitable to prepare for a royal visit. She made her way to the stairs to go help in any way she could but looked out one last time at the riders.

They had stopped. How curious, she thought.

She stared at the rider in the front, sitting regally on top of his horse. Was she imagining it, or was he looking right at her?

As far away as they were from each other, she was certain they locked eyes.

Suddenly a jolt went through her body, from her head to her toes. She gasped. The feeling frightened her but beneath the fear, it also felt almost pleasurable.

She didn’t know if it made her want to try to catch a glimpse of the mysterious king or escape as fast as she could.