Swept into the stars by a tequila-inspired impulse decision, Connie is ready for almost any adventure, from supernovas to dinosaurs. But is she ready for love? Meeting the mysterious, masked Prince Raylon forces her to reconsider life on Earth—and what she's capable of doing. 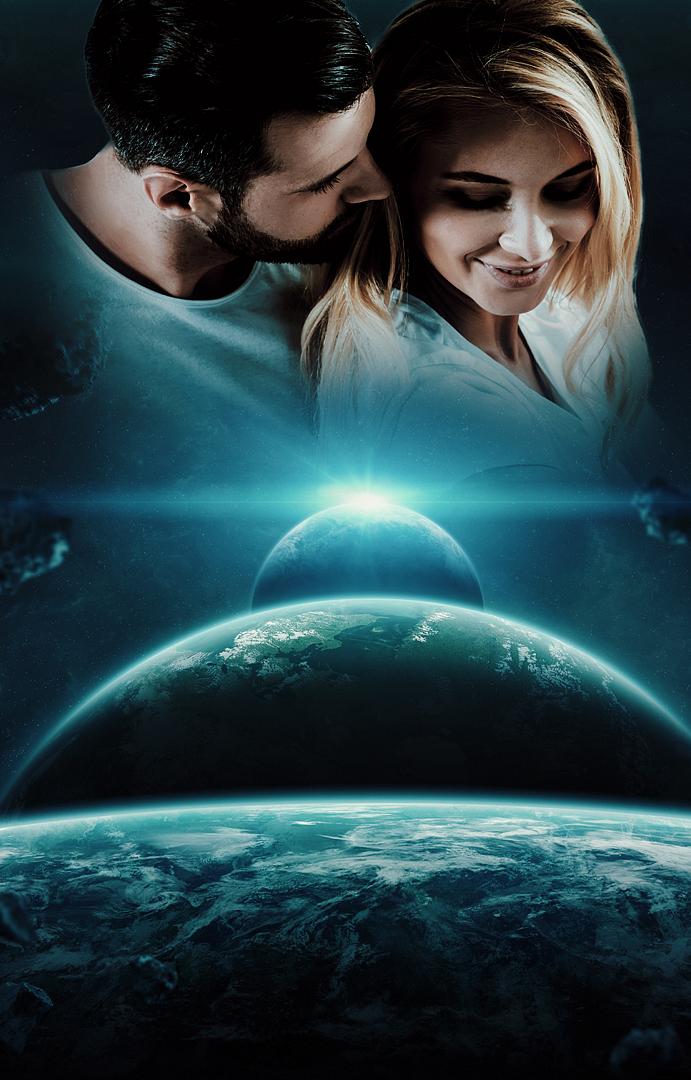 Swept into the stars by a tequila-inspired impulse decision, Connie is ready for almost any adventure, from supernovas to dinosaurs. But is she ready for love? Meeting the mysterious, masked Prince Raylon forces her to reconsider life on Earth—and what she's capable of doing.

My father led the way through the thick trees toward the darkest part of the forest.

Dense shrubbery at my feet made it hard to keep up with him and his guard, but I kept my pace slow so my younger brother, Zasrus, could keep up.

Hunting with my father always meant that we would end up with countless Nak bites all over our bodies, but it was worth it to spend uninterrupted time together.

As the king of the Five Kingdoms, our father seldom had the time to spend with us, but as part of our training, we had to learn to stalk and kill.

The creature we hunted, an El’dar buck, had run off into the forbidden and dangerous part of the sprawling forest hundreds of miles from home.

“Father,” I called in a loud whisper as he walked out of sight ahead of us.

I felt my brother’s hand grab me on the belt and I stopped to reassure him. “It’s all right, Zasrus. Father will not leave us. I will keep you safe.” He smiled uncertainly.

I turned back to where I’d seen my father last. A rustle in the trees ahead of us made Zasrus jump, and I felt it through his hand on the back of my belt.

As we stood still, watching the trees, I caught sight of the buck darting past us. It disappeared deeper into the shade of the twisting branches.

Hearing our father call out to us, I pulled my brother along toward the sound of his voice.

As we cleared a dense grouping of bushes, the Naks fluttering around us and their bites already itching, I saw him ready his weapon as he crouched down.

I went to him. “May I father? Please?” I asked, holding my hand out for the weapon. He looked at me with a smile and nodded.

As he handed me the long energy pulse weapon, I dropped to my knee next to him and took aim.

The buck stood under a tree, its hind end toward us, peacefully eating the blue half-moon-shaped berries on the bush at its feet.

“Take your time, Raylon,” my father whispered. “Make sure you have your aim. Fire only when you are sure you will kill it. There is no need for the animal to suffer.”

I nodded and as I took my aim again, I noticed Zasrus next to me. He stood with his eyes glued on me.

Several years younger than me, he was not strong enough to hold the weapon, but he needed to learn all the same.

I took aim, calmed my breathing, and when I was sure I had a clear shot at the animal’s heart, I fired.

The buck fell to the ground with a loud whimper as my father gave me a pat on the back and said, “Well done, boy.”

Next to us, Zasrus shouted, “I will go get it.” He ran toward the animal.

The howl of a Hinrax beast screaming from the trees above us hurt my ears as it echoed.

I looked up at my father and at his panicked eyes. I tried to reload the weapon.

“It’s no good, Raylon. That will not get through its thick skin. Zasrus, run!”

“What is it?” I asked as I turned and saw my brother standing motionless and petrified next to my kill.

“Your brother has gone into its nest. It will kill him.”

I couldn’t leave my only brother, and the prince, to die out here. Before my father could react, I dropped the weapon and ran forward.

As I got close, I saw the scaled, moss-covered beast leap off the tree behind me and block the path to my brother.

I skidded to a stop as the creature’s long, lizard-like tail swung from side to side. It hissed through its nose and flicked its tongue only a short distance from my face.

If this beast is to have its kill today, it will not be my brother or my father!

I stood my ground, my eyes locked onto the beast’s, my back straight and my hands rolled into fists. Zasrus ran around the trees and bushes to get back to my father.

But I held my hand up to him, saying, “No, Father. It will kill you as well. It is best that it kills only one of us today.”

“Don’t be a fool, Raylon. I will distract it. You and Zasrus run!”

I tore my eyes off the beast’s bright-yellow ones for just a moment.

As I did, the thing lunged forward, long claws extended. I jerked back, but in vain.

I felt the searing pain of the three sharp claws cut into the skin of my face. As the agony of my injuries took hold, my father fired the weapon at the beast, to no avail.

It swiped again, this time catching me on the chest.

I don’t remember much after that moment. I know I collapsed. I know my father carried me back to our shuttle. And I remember my mother crying by my bedside.

Days passed where I thought death would be welcome as the painful venom coursed through my body. I felt fire and glass in every breath, in every muscle.

I wanted to die. I was ready to die.

When I heard the healers tell my mother there was nothing they could do, I made my peace and let the darkness take me.

Weeks later, when I was finally strong enough to stand and walk, my brother came to me.

My eyes were still bandaged closed and as he led me through the palace, I knew my kingdom could not have a blind king.

When we got to the garden, my father began to unwrap the bandages and as I saw light, and then trees around me, hope grew in me for the first time.

But when I heard the gasps from my family and saw the horrified looks on their faces as they looked at me, I needed to see for myself.

Fix me? What kind of monster must I be?

Months passed as the healers tried everything to heal the scars on my face.

With every passing day, and with every failed attempt, I knew that this monster, this hideous thing, is what I would be for the rest of my life.

People turned their eyes away from me as I walked. Children cried at the sight of me. The kingdom prided itself on its perfect people.

Our masters of form were true artists, but there was nothing they could do for me.

Despite their ability and knowledge in making others beautiful, my scars were too deep and too ragged to fix.

They did what they could and made the scars less prominent, but I would forever be marked.

I cannot be a king. Not if my people look at me with disgust.

My father came to me one night, almost a year after I was attacked, and brought with him an engineer, one of the best scholars in the kingdom.

They planned to make me a mask. A mask to hide the torn and broken face of the would-be king.

When the fitting and measurements were taken and the scholar had gone, I pulled my father aside and told him what I felt.

“I cannot be the king, father. Not like this. Not a man in a mask. I know you have been training Zasrus, and I think it’s best you nominate him to be your successor.”

My father sat down on the seats by the window. “Raylon, you are the firstborn son and the true heir of the Vara king. It is your birthright to be the next king.”

“I don’t want to be king!” I shouted at him as the scar pulled on my lip. “Have you not seen how people look at me? They see a monster, not a king!”

“Raylon, please—” my father started, but I turned away from him and caught sight of myself in the mirror on my wall.

Three deep, ragged scars ran from the top of my left eyebrow down the front of my face, over my nose, my cheek, and onto my neck.

The sight of it made my eyes tear up. As my one green eye and one dull gray one faded away behind a watery haze, I knew my mind was made up.

“I will not be king,” I said in a decided voice. “Tomorrow when the other families come to the palace, I will announce that I abdicate to my brother.

“This is my decision, and there is nothing you can do to change it.”

With that, I left the room and went to one of the many balconies in the palace. I sat down in the corner and let the tears fall from my eyes.

I heard gentle footsteps approach and looked up to see Zasrus coming.

I wiped my face, and as my brother sat down in front of me, I tried to smile at him.

“I heard what you said, Raylon.”

“When?” I asked as I tried to keep my face hidden behind my hands.

I saw his eyes fill with tears and as a sob wrenched his body, I held out my hand to him.

“I am so sorry, brother. I wish there was something I could do.”

“It’s all right, Zas. I would have done it a hundred times over to make sure you lived.”

I shuffled over to him and pulled him into my arms. “Do not blame yourself. I hold no blame toward you or to Father.

“Not even toward the beast that attacked me. It was only doing what it was born to do.”

“You were born to be the king,” he said as he met my eyes.

“I know. But now that responsibility falls to you. Just promise me that you will keep me at your side. You will need someone older and wiser to guide you,” I said with a smile.

He laughed at that, and as I swallowed down the lump in my throat, I looked out at the view of what could have been mine.