The people of Rocky Peaks call themselves a "family," and a family is exactly what outcast Hazel needs. She's utterly enchanted by the secluded woodland community where things are a little...different. But what Hazel uncovers about Mykel, the family's alluring, charismatic leader, will lead her to a series of discoveries about the group and their "purpose." Meanwhile, a recent spate of murdered victims with numbers branded into their skin could reveal more than Hazel's ready to learn... 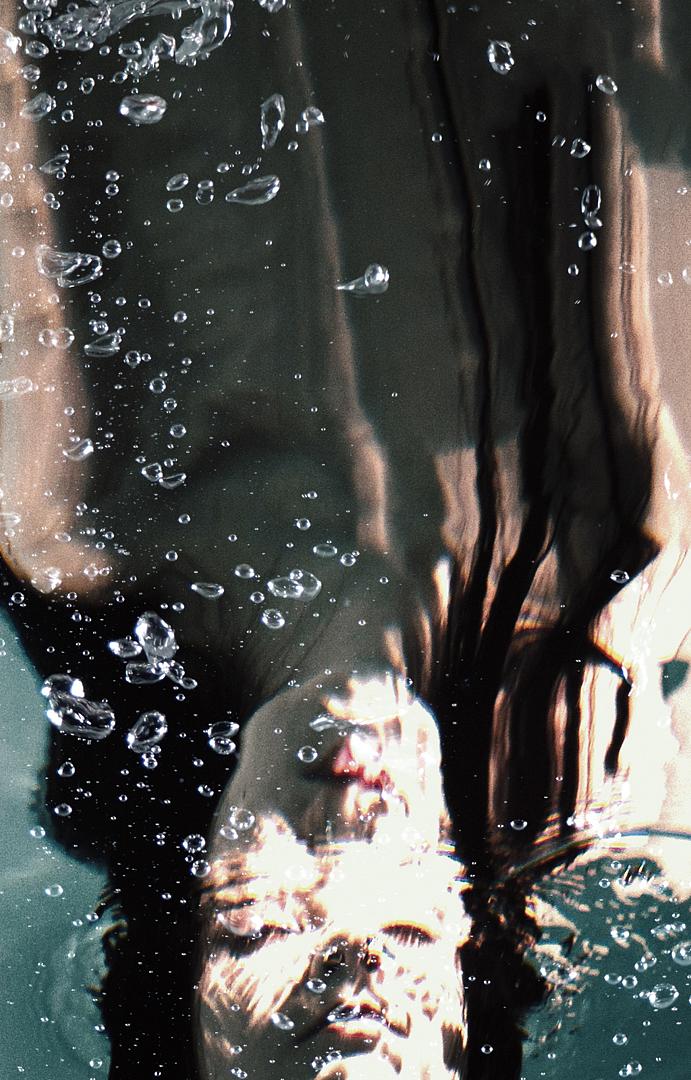 The people of Rocky Peaks call themselves a "family," and a family is exactly what outcast Hazel needs. She's utterly enchanted by the secluded woodland community where things are a little...different. But what Hazel uncovers about Mykel, the family's alluring, charismatic leader, will lead her to a series of discoveries about the group and their "purpose." Meanwhile, a recent spate of murdered victims with numbers branded into their skin could reveal more than Hazel's ready to learn...

Riding along, the dirt path was smooth, although the lightweight bike hit a rough patch on the even ground.

Luke Ripley glided expertly along the curb, carving its corner swiftly. Black mud splattered up behind from the thin wheel, making his adrenalin amp up with every move.

His heart pumped, making him heave out breaths. His heart was in excellent shape. He could feel the muscles burn in his legs, toned from years of cycling.

Luke loved riding his mountain bike. It instantly boosted his mood. It was the closest thing to flying without wings as he zipped past rocks and tall trees.

This was his daily exercise he did religiously every morning before the world woke up. This morning was no different.

The orange glowed across the vast horizon. The sun was dawning, breaking the violet-clouded sky above.

Luke liked this time of the day to ride the familiar trail. The lands were empty and the breeze was cool. Fall was nearly here, but summer was still hanging on.

It was just him and nature, nobody in sight, riding side by side.

He looked to his left, where the sleeping city of Washington sat not too far away. He slowed his bike, sinking his foot on the damp ground to stop it. The patter of paws and a distant bark echoed.

Luke had to wait for his border collie to catch up. His loyal dog knew the trail well. Luke’s gloved flingers grabbed his water bottle attached to the bar of his bike.

The cool water was pleasant as Luke gulped it down greedily. His wagging-tailed companion opened his mouth as Luke poured water down his eager snout.

Luke wiped the sweat off his brow under his red helmet. His jersey and cycling shorts were lightweight and sturdy, made from nylon. But he was still hot and sweaty at five in the morning.

Luke admired his familiar natural surroundings. The trickle of water was heard from a nearby stream. Birds whistled from scattered trees, the hatchlings crying for their early breakfast.

It was pleasant and peaceful. But a low rumble resounded, threatening it.

Luke looked above. Clouds swept across the open sky, all swelled up with moisture and surrounded by unsettled air. A storm was racing in, as storms often did around here.

He was hoping the rain would hold off just long enough for him to return home. But Mother Nature always had an upper hand over man. He had to get moving again.

He only noticed now that his border collie was not alongside him. His head whipped around in search of him. Luke rolled his eyes, wondering if his trusted pet went on a sniffing spree.

But he was met with silence. No dog was to be seen.

A high whistle escaped his lips, a last attempt to call his collie.

A faint bark was heard fifty yards to his right. Astro must have seen something. A second and third bark echoed.

Luke slowly wheeled his mountain bike in its direction. This was off their usual path, and he found it odd why his dog would stray so far.

The barks got louder as Luke approached his pet. But the air smelled putrid as he drew near.

“Shit! Astro must have found a dead bird or animal,” Luke mumbled, pulling his nose in disgust at the awful stench.

Luke found his dog. He saw black-and-white fur huddled around a large animal.

Luke blew out in annoyance. “Get away from there, boy!” he shouted. But Astro continued to sniff around the animal.

Luke got off his bike in a huff. A louder rumble came from the sky, adding to Luke’s frustration. He needed to reel in his dog and make it back before the storm hit!

Luke approached Astro, his four-legged body obscuring the must-be-dead animal. But something was puzzling. Luke felt his gut tighten. He must be seeing things.

He blinked hard, but the thing was still there.

He staggered and carefully treaded the final few steps to the spot and looked down, grabbing his collie, who was barking at the nightmare he had just discovered, abruptly.

A naked man, stripped of all his clothes, and he had been butchered. The rotten smell wafted from his decomposing body. Luke slapped his hand against his nose, trying to block it out.

Luke’s petrified eyes roamed the corpse. The dead man’s lips were deep blue and sewn together with thread. The eyes were slightly open, dull, and vacant. The white skin pale, covered with dark patches.

The buzz of flies hovered over it, biting at its flesh. Old dried-up blood was splattered on his body. His left chest had been ripped open, leaving a gaping cavity that was empty.

Where the hell is his heart?

But the cut in the chest seemed familiar to Luke. It occurred to him instantly where he had seen such a pattern on a human chest before.

It was a Y-incision. Watching enough CSI and Grey’s Anatomy, cut-up bodies on an operating table or a slab in the morgue, had taught him that.

Only, he wasn’t in a morgue. He was in the middle of open land near the city’s main freeway without CSI or a surgeon in sight.

But what was more disturbing were the markings on the dead body. Two shapes that looked like symbols imprinted on the skin above the cut-out heart.

The oval shape and three crimped lines were ashen black and seared on the flesh.

The eerie shapes chilled Luke to the bone. And panic set in. But there was another marking that shook him. One he couldn’t ignore.

It was big, bold, and engraved in dried blood on the dead man’s torso.

Luke snapped to the side and threw up this morning’s granola mixed with bile, recognizing he had just stumbled upon a string of murders across these parts, bodies painted with numbers.

He’d vaguely heard about these murders on the news but didn’t think he would find a numbered body himself.

He stared at the ominous number. Like a car crash, he was too frightened and curious to look away. The two digits that were carved forever.

Lightning forked above with a crash of thunder. The skies opened up, and the rain began to pour down.