Rosalie William, heiress to the William fortune, has been locked away in her house since a failed kidnapping attempt at the age of 4. Now, at 19, she's desperate to escape and go to college, to experience the real world like her peers. After much pleading, her parents finally agree under one condition: she must be escorted by a bodyguard at all times. Enter Jonathan Jones, the son of a billionaire who, due to some truly bad decisions, has found himself broke, jobless, and in dire straits. He thought that babysitting some spoiled princess would be a walk in the park, but he quickly discovers just how much of a handful she can be...and in more ways than one. 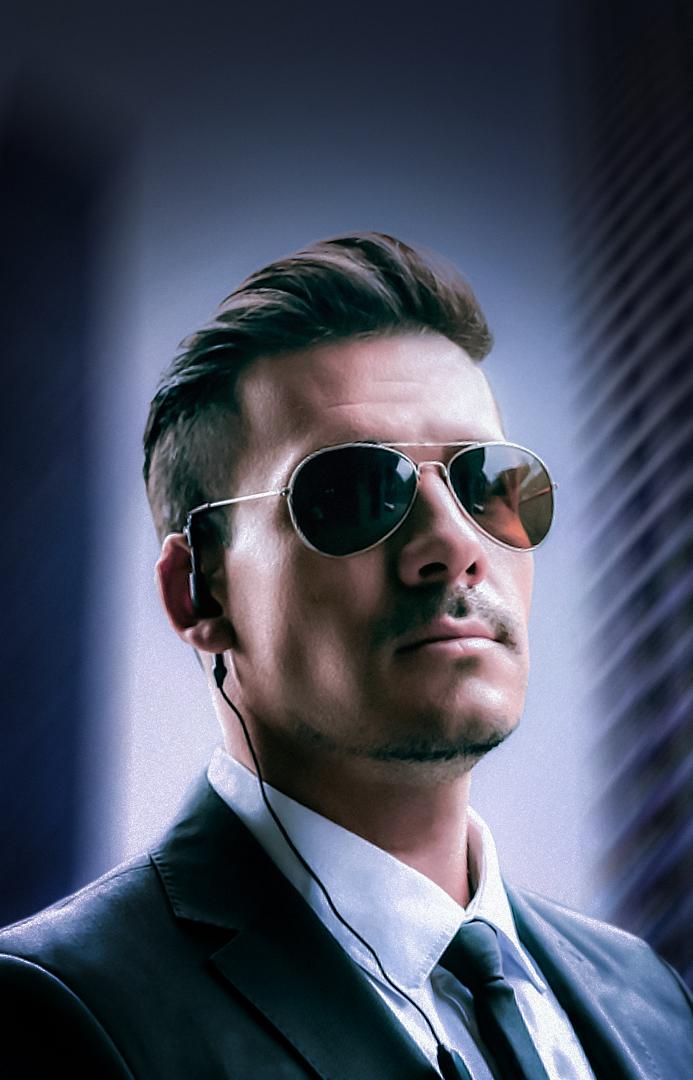 Rosalie William, heiress to the William fortune, has been locked away in her house since a failed kidnapping attempt at the age of 4. Now, at 19, she's desperate to escape and go to college, to experience the real world like her peers. After much pleading, her parents finally agree under one condition: she must be escorted by a bodyguard at all times. Enter Jonathan Jones, the son of a billionaire who, due to some truly bad decisions, has found himself broke, jobless, and in dire straits. He thought that babysitting some spoiled princess would be a walk in the park, but he quickly discovers just how much of a handful she can be...and in more ways than one.

A maid pointed me to a garden in the backyard where I would find Rosalie William—the spoiled heiress that I had just been hired to protect.

As I exited through the door that led outside into the garden, I had an image of what I thought Rosalie would look like: my exes, dressed in the latest fashion with tons of makeup and extremely high maintenance.

The walkway, lined with colorful flowers of different kinds on each side, directed me toward a big tree with a swing. Immediately, my eyes zoomed in on the person sitting in it.

A young girl in a simple white summer dress was oscillating back and forth, her skirt rising up every time it went against the wind. A breeze blew her long brown hair back, revealing a beautiful, smiling face.

She was not what I had expected. She had a look of simplicity, elegance and low-maintenance—the complete opposite of my previous girlfriends, even though they all came from wealthy families.

She seemed oblivious to my presence as she kept soaring higher and higher. I stopped walking when I was a few feet away from her and just enjoyed the scene in front of me.

The previous image of Rosalie in my head dissolved into the background as this new vision replaced it.

Suddenly, as if she had finally detected my presence, she looked over and almost fell out of the swing due to the surprise.

I laughed as she awkwardly stopped the swing and tried to balance herself, her hands gripping tightly onto the ropes on both sides. I would’ve helped, but it had happened so fast that I couldn’t react in time.

Once she had gotten her footing balanced against the ground, her hand went to her chest as she exhaled. “You scared the heck out of me.”

“Sorry, I didn’t mean to scare you,” I said, still laughing. I walked up to her, putting out my hand. “I’m Jonathan, your new bodyguard.”

She stood up from her seat as she lifted her face to look at me. She blushed as she took my hand, as if seeing me for the first time. “Y-you don’t look like a bodyguard.”

“What is a bodyguard supposed to look like?” I teased as she turned another shade redder while trying to take her hand back. I held her soft hand a second longer before releasing it.

“Um…well, you don’t look like the bodyguards around my father,” she answered timidly as she averted her gaze to my chest—right at her eye level.

“You still didn’t answer my question,” I said unrelentingly and playfully.

“Well…you’re a lot younger than they are and you don’t look the part.”

“And what part is that?”

“You’re not stiff and serious,” she said thoughtfully. “You seem more relaxed and laid-back…and you just don’t seem like the type to protect someone.” She looked back up at me as she said the last part.

“And somehow I still got the job.” I shrugged with a smirk on my lips.

“How did you get the job?” she asked curiously.

“Easy. After your father saw my shooting skills and how I managed to easily take down two of his guards, he immediately offered me the job,” I said casually.

“He even said he needed someone young like me so I can blend in with you at school. He didn’t want the usual type of bodyguard, who would stand out like a sore thumb—older, more serious, and rigid like a block of wood.”

She giggled at the last part. “That’s because they all have a military background.”

“Apparently, I don’t need to have a military background to qualify for this job, just my hobbies.”

“Yeah. Guns and martial arts, jujitsu specifically.” At her frown, I continued. “Don’t worry, I have a lot of other hobbies, not just those two.”

Like dating women, I wanted to add. But I decided to keep that snippet of information to myself.

After eyeing her, I said, “You’re a short little thing, aren’t you?”

She was probably five foot one or five foot two, to my six foot two.

“I am tall, but you are short, princess.” I chuckled.

“Don’t call me that; I have a name. It’s Rosalie, but you can call me Rose for short.”

“What’s wrong with calling you princess? I thought all girls love being princesses.”

“Maybe they do, but I don’t. I feel like you’re calling me a spoiled brat.”

“I did picture you like that at first, but not anymore,” I said honestly.

She made a face at my statement. “Well, you’re not exactly how I pictured either.”

“I think we already established that.”

I opened my mouth, about to bicker further on the topic, but his phone rang.

I shook my head, telling him no.

He walked a few steps away and picked up the call. I sat down on a bench nearby as I silently and shamelessly eavesdropped on his conversation.

Usually, I would have more manners than this and would not listen in on someone’s private chat. However, I couldn’t help myself because I wanted to know more about him—he intrigued me.

I observed his tall, lean figure as he stood facing away from me, with one hand holding the phone while the other was stuffed in his pants pocket.

His dark chocolate brown hair was thick and shiny. The suit he wore fitted him perfectly, and the watch glinting against the sunlight on his wrist looked expensive.

He reminded me of the guys I met at my father’s company parties—arrogant and confident, as if they knew they were a good catch.

However, there were a few things that were different. He was more easygoing, like he would still have a smile on his face even if he were buried deep in a bad situation.

And he was extraordinarily charming—not to mention exceedingly attractive—as if it was effortless for him to be so. He could probably charm his way out of a speeding ticket; probably he charmed himself into this job.

“Hey, baby, what’s up?…Where?…No, I won’t be able to pick you up from now on since my father froze my assets and took away all my cars…”

So that’s why he took this job.

Suddenly he turned to look at me. I blushed and immediately turned my head in the opposite direction.

Oh my gosh. He saw me. He probably figured out that I was eavesdropping. My face got hotter the more I thought about it. ~Crap! This is so~ ~embarrassing~.

Finally, he spoke again into the phone, and I turned around to gaze at his back, feeling sure that I was safe to eavesdrop one more time.

“Actually, I have plans tonight. I’ll talk to you some other time.” With that, he hung up and put his phone away.

Before he turned in my direction, I had already twisted around, pretending to focus my attention on something else.

“Hey,” he said, sitting down next to me. “I know we’re not supposed to move into the apartment until next week, but do you mind if I move in tonight?

“I can’t stand staying with my buddy for another night. His place is a pigsty, and he brings a new girl home every night. I’m getting pretty sick of it.”

I could feel red coloring my cheeks as I realized the implication.

“Um…actually, all my stuff has been moved in. The only reason I’m still here is because my father wanted to have a bodyguard for me before I moved in by myself.”

“Great!” he said enthusiastically as he stood up. “Let’s go then.”

“Okay. Let me ask my father for permission to move in tonight.” I got up, and we walked toward the back entrance of my parents’ mansion.

He looked at me shocked, like it was the craziest thing he had ever heard.

“But my father will provide us with a car.”

“You’re nineteen! How can you not know how to drive a car?”

“There are a lot of things I don’t know how to do,” I admitted with embarrassment, my voice low and my head down. “But that’s why I’m moving out, to learn those things and be independent.”