Madeline didn't have an easy childhood, especially after losing her family at an young age. Now, she works hard saving lives as a nurse, though she often neglects taking some pleasure in her own life. Her hunky housemate Julian has always had a thing for her, and he's determined to show Madeline that there's more to life than just work. But behind the scenes, the dangerous criminal underworld is closer than either of them realizes. Can Maddie overcome the trauma of her past and find real happiness with Julian? 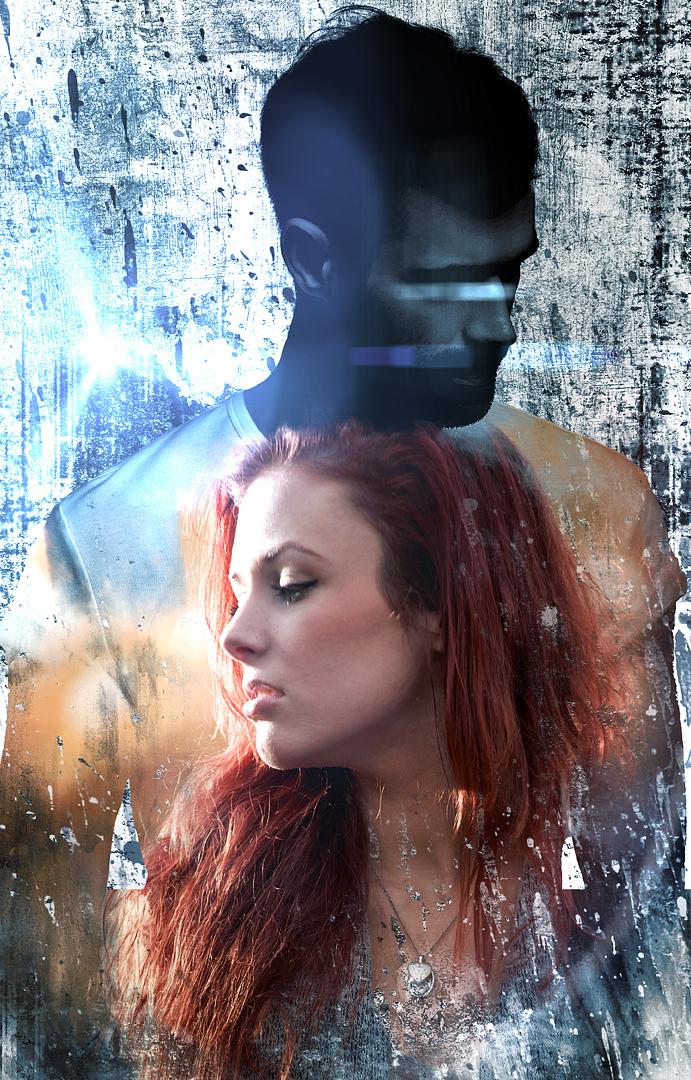 Madeline didn't have an easy childhood, especially after losing her family at an young age. Now, she works hard saving lives as a nurse, though she often neglects taking some pleasure in her own life. Her hunky housemate Julian has always had a thing for her, and he's determined to show Madeline that there's more to life than just work. But behind the scenes, the dangerous criminal underworld is closer than either of them realizes. Can Maddie overcome the trauma of her past and find real happiness with Julian?

My name is Madeline Reynolds, but most people call me Maddie. I’m almost twenty-three, with auburn hair past my waist, green eyes, and a rail-thin figure, except for ample breasts.

At a short five-foot-two, I’m a perfect cross between my parents, with my father’s eyes and height, and my mother’s hair and breasts.

I work as a registered nurse at a busy hospital. I have enough money to last for four lifetimes, and, for the most part, I’m happy. Now. It took me a while to get to this point.

I lost my parents in an automobile accident when I was fourteen. My brother Ethan was about to turn eighteen and agreed to take custody of me. His best friend Julian moved in with us afterward.

When I was sixteen, Ethan was shot dead in a burglary gone wrong at a convenience store. I figured Julian would leave after I turned eighteen or started college, but he stayed.

When I turned eighteen, he took me to an investment banker where they set me up a nice portfolio.

I already had a college fund from my parents and Jules helped me buy a vehicle when I was sixteen. I live off the interest and dividend payments from my stock portfolio.

My twelve-hour shift turned into a sixteen-hour one and my body was definitely feeling it. It was seven a.m. when I finally left work.

I decided that I needed a cup of hot coffee for the drive home. I walked into the nearby shop and ordered a coffee and a blueberry muffin.

Just as I walked out, I felt like a brick wall had hit me. I dropped my muffin and spilled half my coffee down my front.

“Son of a b—” I tried to wipe off the coffee as I looked up to see a broad chest, blonde hair, and blue eyes in front of me. I still had half the cup left, but I’d dropped my muffin. I was starving.

“I’m sorry. I wasn’t watching where I was going. Here, let me help you clean that up.” He handed me a white handkerchief.

“Come, let me buy you another muffin.”

“At least let me buy you another cup of coffee.”

“I need to get going, but thank you.” I headed to my Jeep.

“Sure.” I doubted I would see him again, but I was polite. I headed home, desperate for a hot shower and some sleep.

“I want you to find out everything about her.” I put my best men on it. Something about her seemed familiar yet angered me at the same time.

I’d been living with Madeline for almost ten years, ever since her parents died. I thought she was going to die when we lost Ethan, maybe a small part of her did.

I promised him that I would never let anything happen to her and I intended to keep that promise.

I watched her grow into a gorgeous young woman. I thought about moving out, but I couldn’t stand the thought of her being here alone.

I admired that she had more money than she could ever need, but never flashed it. She still went to work, driving the same car she had since she was sixteen. I actually learned some things from her.

I started working part-time at my father’s investment firm and saving more money. I always made sure to be home whenever she arrived from work, and she always called or texted me if she was going to be late.

I found myself looking forward to our conversations. I was making breakfast when she walked in. I was no chef, but my cooking skills had greatly improved over the years.

She was amazing in the kitchen. If I had my choice I would eat her cooking every day.

“What the hell happened to you?”

“I spilled my coffee, what the fuck does it look like, Jules?”

“Mags, you know I don’t like it when you use that kind of language.”

“You know I hate it when you call me that.” She glared at me as she sat down at the island.

I handed her a cup of coffee. “Try not to spill this one,” I said as I plated breakfast. “Don’t roll your eyes at me. Long night?”

She simply nodded. I could tell she was tired. We ate breakfast and she told me about her day and her plans for tomorrow night. I raised an eyebrow but said nothing.

“I’m going to bed. Are you going to be home for supper? I was going to make chicken broccoli Alfredo?”

She kissed my cheek, took her dishes to the sink, and went up to her bedroom. I sat there drinking my coffee when Kane walked in the back door.

Kane was one of my closest friends, we had met about five years ago.

“Have you been to bed yet, Kane?” I questioned as I handed him a cup.

“What do you think?” Kane smirked. He was such a player.

“So, how’s Maddie been? Have her nightmares come back?”

“She’s been good. I hear cry sometimes, but it hasn’t been that bad.” She had nightmares after her parents died, but nothing compared to the ones she had after Ethan died.

I would hear her crying in her sleep and then she would start screaming. For several nights, I slept on the chair in her room. She slept better when I was in there with her.

I think she felt safe with me there but would never admit it. “She’s going out tomorrow night with some girls from work.”

“Wow, and you’re going to let her go?” I could hear the shock in his voice.

“Because you’re in love with her, but you just won’t admit it.”

“Why, what’s tomorrow night?” I didn’t remember making any plans with him, but it was Saturday night.

“I want to be here to see the look on your face when she leaves the house. I hear they’re going to Whistlers. I know she’ll be dressed up, and let’s face it, she’s fucking hot.”

He knew I was ready to punch him. I stood up with anger on my face. “Dude, relax. I know I’m a player, but I also know she’s off-limits. As much as I’d love to fuck her, I never would.”

“You better not. Friend or not, you know I’d kill you.” I was serious and he knew it.

“I know. I just wish you’d admit that you love her and—”

I interrupted him. “I wish you’d stop saying that. What do you know about love, anyway?”

“I see the way you look at her. You’re like a lost puppy when she’s not around.”