Charlotte and the Seven Frat Brothers

Charlotte just wants a normal senior year of college before she goes off to her dream job in LA. But when the dorms are filled to capacity, she's assigned to live in a frat house! To her surprise, Charlotte finds herself on a journey of self-discovery, finding business intrigue, friends, love, and a sense of self in the most unlikely company. 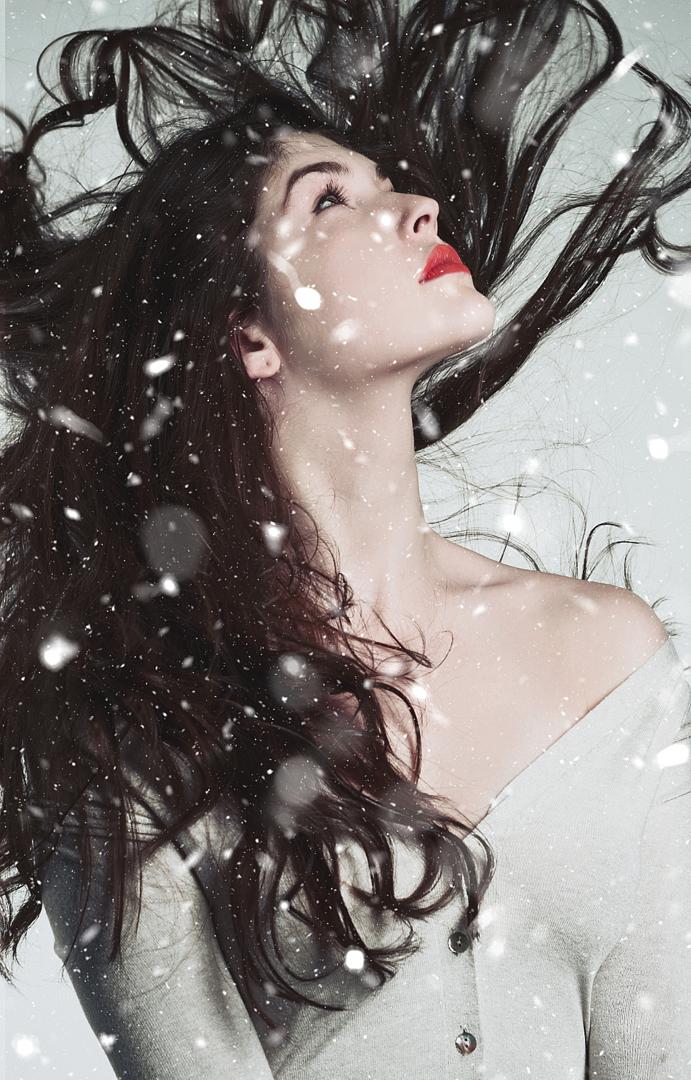 Charlotte and the Seven Frat Brothers

Charlotte just wants a normal senior year of college before she goes off to her dream job in LA. But when the dorms are filled to capacity, she's assigned to live in a frat house! To her surprise, Charlotte finds herself on a journey of self-discovery, finding business intrigue, friends, love, and a sense of self in the most unlikely company.

“I am truly sorry, miss,” the school’s administrator apologizes for the fifth time. I nibble on my bottom lip, weighing my choices.

I can either take the offer the school is now presenting, or live back at home with my parents and deal with a three-hour commute. I prop my elbows on the desk and lean over to whisper so no one around will hear.

“So, for the next semester, I would have to live in a frat house?”

“That is correct, but if an opening does become available, we will transfer you. That is the best I can do for you.”

“Okay. I’ll do it.” My voice is barely above a whisper.

The administrator busies herself getting all the paperwork ready for me to sign. Twenty minutes later, I have keys to the frat house in one hand and my suitcase in the other.

Walking through the campus, I see how happy everyone looks, carrying their belongings to the dorms they’re supposed to be in, and it makes me a little sour.

I trudge forward, looking straight ahead at my prison for a semester or less. It’s my last year in college, and I want it to be perfect as the first year.

I pull the suitcase up the porch steps and take a deep breath before unlocking the door. I hear talking coming from what I assume to be the living room and walk in that general direction.

Seven guys lounge around, talking about the first party of the year and how epic it would be. I clear my throat and the room gets quiet as all eyes turn towards me.

“Party isn’t until tonight, doll face,” one guy on the couch states. I glare his way. One thing I hate more than being here is being objectified by people, especially men.

“I am not here for a party; I am the ~new~ ~roommate~. I assume the lady down at the office called to inform you guys.”

I look around, keeping a tight smile on my face. The room erupts in yelling, not at me but at the situation. I watch them as they point fingers at one another.

A loud whistle rings throughout the room and everyone quiets down. They turn their attention to the black-haired guy, now standing. He looks at the blond-haired muscular guy before speaking.

Hmm… I can already tell who the alpha male is here.

“I’ll fix this.” He walks, extending his hand. I’m not sure what he thinks he can fix. I’ve tried to fix it already, but he’s welcome to try, too.

“I’m Darren Reed. You must know who I am…” He looks behind him to the rest of the guys. “Hell, you ought to know who we all are.”

Yes, I’ve seen them around campus, the cheerleaders hanging onto them for dear life. I know they are football players, but that’s where it ends.

I major in culinary arts. If I’m not in class or doing homework, I’m in the school kitchen or at home cooking, coming up with new recipes.

“I’m sorry, I don’t.” I put my hand back to my side. It was mostly the truth—I didn’t actually know them.

The guys’ faces screw up, not believing me. Every girl on campus knew of them, I bet. Eighty percent of the female population has been with at least one of the seven, and that is a fact.

Darren stares at me with interest, probably because no female in her right mind would tell them they didn’t know who they were.

“Are you going to show me my room? I’d like to get settled in,” I ask, uneasy with the way he’s checking me out. The look in his eyes tells me he’s only trouble. Trouble I don’t want.

“You see, there’s been a bit of miscommunication. Old lady Martha said we were getting a student by the name of Charley. We assumed it was a guy—seeing as it is a frat house.

“Never in a million years would we have guessed it was a female who wants to stay here.” Darren raises his eyebrows, waiting for an explanation, but I’m not giving it to him. Since there isn’t one.

“It’s 2016. You shouldn’t assume things, and my nickname is Charley, short for Charlotte.” I tuck a strand of hair behind my ear. “Now, can you show me to my room?”

Darren’s eyes widen in shock, but he quickly covers it by clearing his throat and turning around to face the room. “First, meet the guys, then I’ll show you to your room, and we’ll be out of your hair in no time.”

Darren looks at me over his shoulder. I nod, walking farther into the living room, leaving my suitcase behind. I catch a quick head-nod exchange

“Everett Sawyer at your service, doll face. I’m majoring in business, and I’m the football team’s linebacker.” Once he’s done, he pulls out his phone—texting away.

I tap the screen of his phone, grabbing his attention.

“You may either call me Charley or Charlotte. ‘Doll face’ is unacceptable and downright sexist. I am not a crazed feminist, but there are some things I just won’t allow, and that’s the unnecessary name-calling.”

“I like her,” the guy next to him says. “Tristan Beckett, majoring in business as well, with my twin brother here,” he looks to his left. They are identical.

“Vincent.” He just nods. I am assuming he is the quiet twin. “We are also on the school’s football team. I would tell you our positions, but I doubt you would know it.” Tristan shrugs.

“And over here to your left…” Darren redirects my attention to the other side of the living room. The last three guys sitting down looking uninterested in me, or it could be life in general.

I make my way to that side as the muscular one out of the three stands up. He extends his hand. I place mine into his.

“I am Chase Tucker, school’s quarterback, head of this household, and I would appreciate it if you respect the rules that apply in this house.

“I have personally spoken to Martha and it was my fault for the confusion. I should have asked male or ~female~.

“None of that is important, because you are here now. To my right are my left- and right-hand men, Miguel Jackson and Austin Kramer. We all major in business and are on the football team. Darren will show you to your room.”

He lets go of my hand, then claps his together. “Let’s go, fellas.” The guys stand up and disappear through the front door.

“You have five minutes,” Chase tells Darren before leaving the house, too.

“Is he always like that?” I ask as we make our way upstairs. Darren only grunts and says nothing. He barely knows me.

“So, this is your room. The bathroom is right through that door. Just knock before using it.”

“Why?” I open the door. It looks like a regular bathroom.

“Well, the only room left in the house was this one, and the bathroom you will be sharing is with Chase…”

“What? Can I get another one? I don’t want him coming into my room when he has to use it.” I look at him like he is crazy.

“Huh? No, he won—that door right across is the bathroom door to his bedroom. No one wanted this room because Chase likes things his way a lot. Another reason why he is on the third floor by himself. Well, no more.”

He gives me an apologetic smile. “Just knock on the bathroom door, and whatever you do, don’t go into his room without his permission, and keep the noise level down after nine on weekdays.

“We might be a frat house, but since we all major in business we like to study to keep on top of our schoolwork. Follow those three rules and you will be fine.”

“Coming now!” he shouted back, exiting the room. “See you later on tonight, Charley.”

I take the time to unpack and look around the house. The kitchen is downright breathtaking, with state-of-the-art appliances.

My eyes zoom in on the stove; it’s not just any stove but the Majestic techno series dual fuel freestanding range with eight burners, sealed burner, and warming drawer.

Holy crap, this thing cost at least sixteen grand. My hand itches to cook on it, but the kitchen is messy, along with the rest of the house—the living room, foyer, den, home gym, and game room.

My phone rings. I retrieve it from my pocket and Raven’s face flashes on the screen.

“Uh-huh, hi, now where are you? I have some snotty bit—girl moving her things into our room.”

“Oh crap, I should have called you when I left the administrative building. Somehow all the dorm rooms got filled, and now I am staying at Croakington House.”

I hear her gasp and everything went silent. “Raven, are you still there?”

“Yeah, yeah. I just think I heard you wrong. It sounded like you said you are staying at Croakington House—which is a frat house.

“That means it’s only guys who live there, and by guys I mean the hottest players to bless the campus and football team. Also, Chase Tucker—middle school crush. Ohmigee, Char Char, you can totally be with him.”

I roll my eyes. “Yup, that sounds about right. I can tell you they all hate that I am here, especially Chase Tucker, but Martha in the office said she will call me ASAP when another dorm is free, hopefully soon.”

I ignore her last comment. She knows I will not speak of Chase, so she doesn’t press the situation any further. It was part of our best friend pact. Chase was a no-go zone for anything. He was someone I used to know.

“Well for starters, I am going to clean the entire house and cook dinner. My way of saying thank you for being so welcoming, and please don’t kill me in my sleep.” I joke.

“I’m pretty sure they won’t kill you in your sleep.” She laughs. “I mean, that does sound like a great idea though, cooking and cleaning for them. You know what?”

“No seriously, you are living in a house with seven guys and you are about to cook and clean for them. If you are lucky one or two of them might want t—”