Clay Whelan grew up in his local haunted house. He’s come back to find out what happened that fateful summer twenty-five years ago, when his brother died, and why his mother spent the last six years of her life living there. But Clay’s not the only one with unfinished business at the house. Something is still there… under the porch… and upstairs… 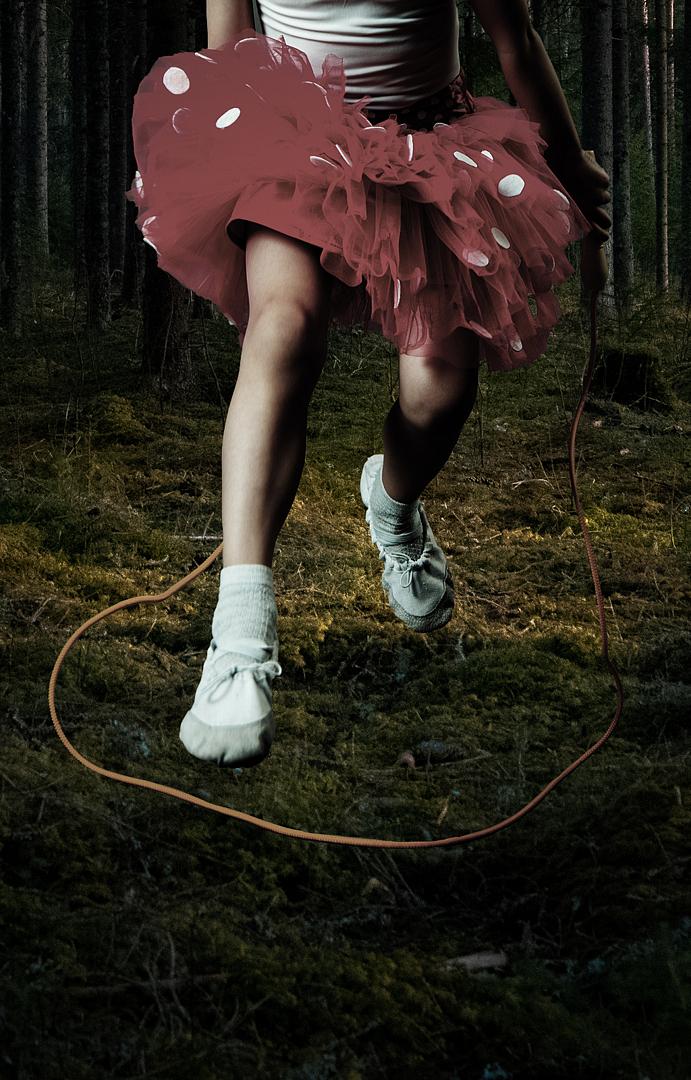 Clay Whelan grew up in his local haunted house. He’s come back to find out what happened that fateful summer twenty-five years ago, when his brother died, and why his mother spent the last six years of her life living there. But Clay’s not the only one with unfinished business at the house. Something is still there… under the porch… and upstairs…

The letter was brief and to the point, almost brutally so. It was long enough to knock the wind out of him, and short enough to leave Clay with several unanswered questions.

Clay’s mother had finally passed away after a long and ultimately futile battle with ovarian cancer, and had left Clay the home she’d been living in for the past six years.

The letter left Clay feeling shaky. He hadn’t even known she’d been sick.

Later on, when he’d had time to process the letter, internalize it and understand what it truly meant, then would come other thoughts. The realization that he was alone, now.

Feeling slightly liberated at that thought, followed by the sick feeling of shame at the idea that he was happy to be alone. And guilt, as his mind tried to tally up how many days it had been since he’d seen his mother.

Clay had lost touch with his mother a little over eight years ago.

He’d gone to his father’s funeral, not out of any sort of love, regret, sense of loss, or any of the things that Clay felt should accompany the loss of a parent.

Instead, there was a hollowness inside of him, a hole that felt as though it hadn’t been empty the last time he checked, and all he could do was wonder what happened to create that void.

He’d talked to his mother briefly at the funeral, but to a casual observer, he looked no different from any of the other mourners that stopped to express their condolences to the newly minted widow.

He’d stuck around long enough to make sure that she wasn’t going to swallow the rest of her pain medication when no one was looking.

He then retreated back into his work, always telling himself that he’d be home for Christmas, or Thanksgiving, or even Easter, but he’d never gone.

Something always seemed to come up, and now that it was too late to change anything, he found himself wondering if he hadn’t forced something to come up each time.

Clay looked around his apartment. The realization that he had no family pictures set out suddenly seemed significant, somehow.

The news of his mother’s death had shaken him, but what had really sent an icy wind blowing through that hollowness inside of him was when he found out where she’d been living.

His mother had gone back to the town of Carter’s Mill, and she’d bought a house there. Not just any house, though.

For a moment he’d briefly considered tearing up the letter, calling the executor of his mother’s will and telling him to sell the house to the first schmuck who waved a twenty in his face. Something stopped him, though.

That something was the computer screen, open to a word processing program, the cursor blinking serenely atop a vast expanse of dull, idiot white.

He’d been writing for Traveler’s Tales for twelve years now, hunting down unique places for hardy adventurers to spend the evening.

During the rest of the year, his monthly columns tended towards the more mundane end of the spectrum, but every October, he’d spend his allotted seventy-five hundred words describing his evening inside of a haunted house.

It was August 21, and so far, he hadn’t even begun researching where he was going to go.

He picked up the phone and placed a call to Jack, his editor. After he was done with that, Clay began to pack his bags.

“Mr. Emerson? Clay Whelan here. Listen, I’m on my way up to the house right now, and I wanted to take a look around. Do you still have the keys to the place?”

Clay listened for a moment as his mother’s lawyer dug around in a desk drawer. Finally, he heard Mr. Emerson say something that could have been “yes.”

Taking a chance on the affirmative, Clay smiled. “Perfect. I’ll be at your office in twenty.”

He’d arrived at the office a little more than twenty minutes later, to find Eric standing outside of his office, hands in his pockets.

Eric had taken him inside to sign some paperwork, and it was only in the light of his office that Clay realized how much this man had aged.

When Clay had last seen him, Eric Emerson had been a hale and hearty sixty years old, consoling his mother at his father’s funeral while also impressing upon her the importance of creating a will before it was too late.

Clay had chuckled at this despite himself. Old bastard can’t help but look for ways to make money, even at a funeral.

It seemed as though the Widow Whelan had taken his advice, judging from the piece of paper Mr. Emerson was holding in his hand.

He gestured for Clay to sit down, indicating a plump leather chair, covered in golden buttons and hard-edged seams. It looked supremely uncomfortable, and Clay said politely that he preferred to stand.

Mr. Emerson nodded, as though this was the usual course of things. Wearily, he eased himself down into a much more comfortable looking chair than the one he had offered Clay.

“Can I get you a drink, Mr. Whelan?” Emerson asked. Clay shook his head. Emerson nodded as though this was also the usual way of things and poured himself a glass of scotch.

The strong jawed, salt and pepper haired man was gone now, replaced by a drooping, wrinkled wraith. “I’m so sorry for your loss, Mr. Whelan,” Mr. Emerson was saying now, although his voice sounded tired.

“If there’s anything I can do to help you in these troubled times...” He trailed off, turning the statement into a question.

Clay didn’t hear him for a moment. He was looking around the room. It looked much the same as the last time he’d seen it, although his mother had been sitting in a different chair than the one he had been offered.

Emerson’s law degree held a position of prominence, of course, but there was no shortage of other decorations. Emerson shaking hands with the mayor.

Emerson posing with the point guard of the local high school basketball team.

Emerson holding an oversized pair of scissors, used to cut the ribbon at the dedication of the Eric Emerson Oncology wing of the children’s hospital over in Brighthook.

Emerson cleared his throat. “Mr. Whelan?” he asked, and Clay snapped back to himself. When Clay was looking at him again, Emerson repeated himself.

“Not right now, Mr. Emerson, although I do appreciate the offer,” Clay said. “Right now, I thought that I would just head down to the old place and see what it looked like.”

“I see. Would you like me to book you a room in town for the evening then?”

Clay paused for a moment. What an odd question, he thought. “No, that’s quite all right. I thought that I would stay in the house for a couple of days.”

Emerson was a man who did not show his emotions that often, unless it could help sway a jury.

(He’d once bragged that a single tear, shed by himself at the correct time, had spared a man from the death penalty.)

And as such, he was very nearly able to disguise the shock that went through him at the words. “Surely you’d be more comfortable in a hotel than wallowing in all those old memories,” he said.

“I think that after the loss of my mother, a little wallowing in old memories is actually expected of me.”

Emerson blushed a little at this.

“Of course, Mr. Whelan. I meant no offense. I just meant that I seem to remember some particularly... painful incidents that happened up there many years ago. Myself, I see no point in revisiting them.”

“I appreciate your concern, Mr. Emerson, but I would like to explore the house and see if I can remember anything about those painful incidents, myself.”

“Of course. And it’s none of my business, of course. Well, Mr. Whelan, I really should be getting back to work.”

With that, he reached into a drawer and extracted a set of keys that Clay recognized, with a sudden lurch in his chest, as those belonging to his mother.

Even though he thought that he’d come to terms with it, even though he had spent an entire evening locked in his apartment staring at the wall with his eyes slowly leaking…

The sight of her keys in Emerson’s hands drove the point home in a way that nothing else quite could.

He reached out for them, almost afraid to touch the keys for a moment, as if by accepting them he was fully acknowledging the fact of her death, and then he snatched them up with a quick movement and held them tightly.

He wasn’t aware of how tightly he’d gripped them until he’d gotten into the car and seen the marks they’d left in his palms.

“Forgive me, Mr. Whelan. I forget my place sometimes. At my age, I’m lucky if that’s all I forget.” Emerson waved a hand dismissively.

“All the same, I did my best. You can’t come back to me later, saying I didn’t warn you. Good day, Mr. Whelan.”

Clay knew a brush off when he saw one. “Good day, Mr. Emerson.”

Well, he thought as he stood to leave. ~That was certainly an odd conversation. Have to see if I can work it into my article later. I’ll have to get permission to quote him, though. Maybe on the way out of town.~

He had his hand on the door when he heard Eric’s voice behind him. “Oh, and Clay?”

Emerson smiled. “Have you given any thought to making out a will, by chance?”