Trinity Weld is the only known wolf in her pack who can’t completely shift. Only her family treats her like an equal, which has made the omega wolf suspicious of everyone outside of her trusted circle. Jason Collet is the oldest and strongest of Alpha Clayton’s three sons. Short-tempered and ruthless, he cares about nothing except his pack’s well-being. In this violent world, mates are a rare find for only a lucky few. What will happen when these two troubled souls find each other? 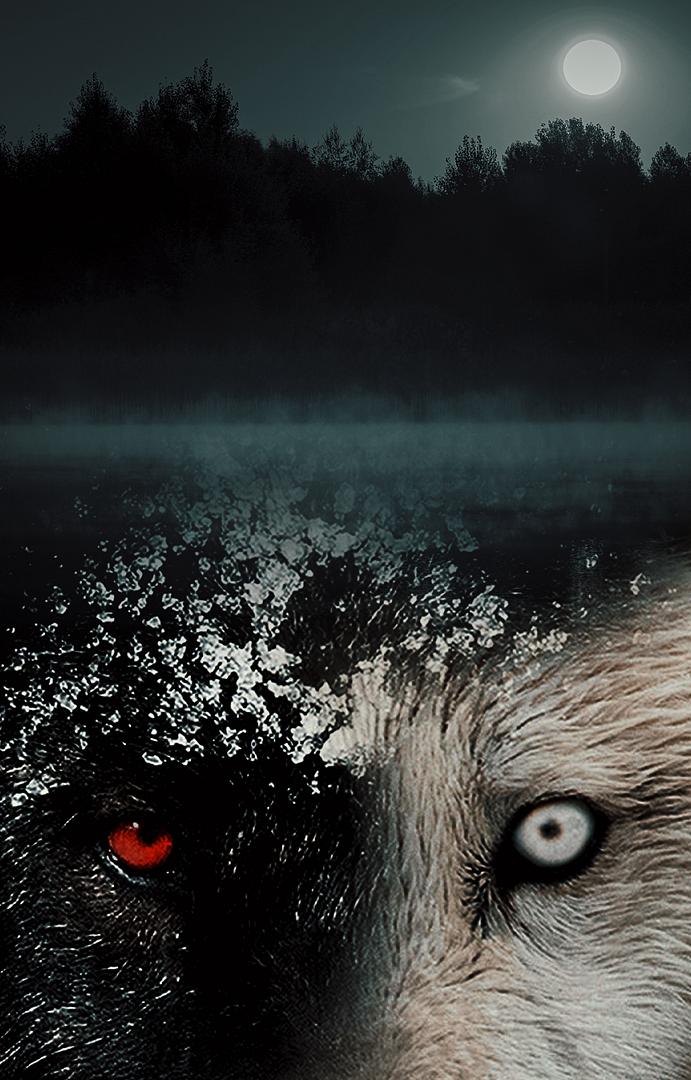 Trinity Weld is the only known wolf in her pack who can’t completely shift. Only her family treats her like an equal, which has made the omega wolf suspicious of everyone outside of her trusted circle. Jason Collet is the oldest and strongest of Alpha Clayton’s three sons. Short-tempered and ruthless, he cares about nothing except his pack’s well-being. In this violent world, mates are a rare find for only a lucky few. What will happen when these two troubled souls find each other?

It was 6:00 a.m., and I was rushing to get ready for work at the pack house. As an omega, I was forced to have a shitty job as a maid.

Not that there was something wrong with working as a maid, but everyone I worked for, or even with, acted like I was a nobody, like I didn’t deserve to be treated like everyone else.

I guess that was because I was different. I was a black sheep of the pack.

Shitty feeling to know that everyone considers you a freak only because you can’t fully turn into your wolf, and even when your canines and claws grow out (we all can turn partially), you stand out.

I looked different from any other werewolf.

If, when any normal werewolf partially turns, your canines and claws grew out and your eyes changed color to amber, but nothing else changed, my eyes turned white with a small black circle around my pupils, my canines grew out only a little, my claws turned black, and ends of my naturally dark brown hair turned white.

I also couldn’t communicate with my inner wolf, but I could feel her.

So here I was, dressed in a simple maid outfit, ready to get this day over with. I hated mornings. I went downstairs to grab something to eat.

She was my only sister, plus my best friend. She has always stuck up for me when other kids picked on me. Because of that she didn’t have many friends, although she was sweet, funny, brave, and smart.

“Someone is in the bad mood today.” Tracy chuckled. She handed me a cup of tea.

“Come on, let’s eat and go to the pack house. You don’t want to be late.

“Plus Alpha Collet and his sons from Proelia pack are coming tomorrow for Christina’s birthday and everything has to be perfect otherwise we’ll get punished.

“Christina already hates us as it is.” Tracy rolled her eyes.

It was true. Christina was our alpha’s daughter and spoiled like none other. She always got what she wanted, and tomorrow was her twenty-first birthday.

It had to be the biggest party of the year where everyone was supposed to admire her. Which sucked for us as we would probably be treated as her slaves today.

Not that it would be any different from other days.

“Don’t worry. She’ll probably make a fool of herself, as always. She wants to charm Jason Collet as he’s supposed to be the next alpha.

“But I have heard rumors that his father wants to make Brandon Collet an alpha and not him, so who knows, Christina probably will try to charm him,” Tracy laughed. I also chuckled.

“That wouldn’t surprise me at all.” I had finally finished my sandwich that Tracy made me.

“Okay, let’s get going,” I said, and we went to the pack house. It took us about fifteen minutes to get there.

We went our separate ways as Tracy worked on the first floor, but I cleaned rooms upstairs.

I grabbed all the supplies and went to the second floor where all the bedrooms were located. I started with the master bedroom. I made the bed and then dusted everything.

Took out the garbage and took the dirty laundry away.

Then I moved to Christina’s bedroom. Thank God, she was too busy preparing for tomorrow and wasn’t even there. It took me half the day to finish with the second floor.

I went to the kitchen to eat lunch. Tracy was already there, eating.

“I am exhausted. I had to help to decorate the ballroom and let me tell you Christina is one indecisive bitch,” she whispered to me as I sat beside her. It made me laugh.

All three ladies in the kitchen glared at me. They were cooking.

I ignored them and filled my plate with food. I was starving. Tracy and I talked about different stuff during our lunch. Then we went back to the ballroom and helped with the preparations.

I was carrying strings of lights to the backyard when someone bumped into me and knocked me down.

‘‘Watch where you’re going, freak,” a high-pitched voice yelled at me. I looked up and saw Christina, our so-called princess.

Anger rose in me. That bitch bumped into me, and she dares to yell and blame me? I wanted to punch her so badly, but if I did, I would be punished and thrown in the dungeon.

“God, can you be more useless?” She looked at me with disgust. I thought the punishment I would receive for punching her would be worth it.

“Sorry,” I mumbled instead of doing what I wanted. My family would be disappointed in me if I disrespected her. She was our future luna.

“You’d better be, you poor excuse of a wolf.” She smirked and left. I took a few deep breaths to calm myself down. Christina was very mean and conceited.

But what made it even worse, she was exquisite.

Christina had long ginger hair that complemented her delicate facial features. She was tall and thin. She always received a lot of attention from guys, and many girls envied her.

I used to be one of those girls, but then I realized that I never wanted to be like her.

Finally, it was around 9:00 p.m. and I was ready to leave. I waited for my sister. She came in the kitchen and was followed by our luna.

Our luna, Mary, was caring and smart. She looked after her pack like Alpha should. She made sure that everyone felt good in her presence. Luna Mary was a petite woman and beautiful.

She was only thirty-seven years old. Yes, she was fifteen when she got pregnant with Christina. Among our people, it’s a common thing to get pregnant at a young age.

It sickens me, but what do you expect if werewolf males follow their wolf needs and primal instincts more than their better judgments?

As Luna Mary walked into the kitchen, she smiled at me.

“Hello, Trinity. Ready to go home?” she asked me.

“Yes,” I answered. I just wasn’t used to people apart from my family being polite to me.

“I wanted to give you both an invitation to tomorrow’s celebration here. As you have a day off tomorrow and the day after that, I figured that you deserve to relax and have a good time.

“Everything is explained in this invitation. Dress code, the time of arrival, etc.”

She handed Tracy a gold envelope.

We both were speechless.

“All right. I have to go now. I’ll be expecting you here tomorrow. Presents are not needed.” She smiled once more and left.

Tracy and I, we both stood still for a moment, unable to process that we had just been invited to a ball.

“Wow,” I mumbled. I was not sure that I liked the idea of going, but the tone in our luna’s voice told me I didn’t have much of a choice.

It would be disrespectful to decline an invitation from the luna herself, anyway.

“Let’s go home and tell Mom and Dad the news. I bet they will be as shocked as we were.” She chuckled. I just sighed.

“Yeah. Let’s go home. I am too exhausted to even process the thought of going to Christina’s birthday party.” I yawned.

“Yeah. Tomorrow will be a long day.” She took her stuff.

“Don’t remind me,” I grumbled. I was sure that I would hate what was coming.