An elusive killer on the loose in San Diego is targeting young single women who live alone. When the crime scenes are found to be too clean, police begin to wonder if maybe one of their own could be responsible for these coastal killings. 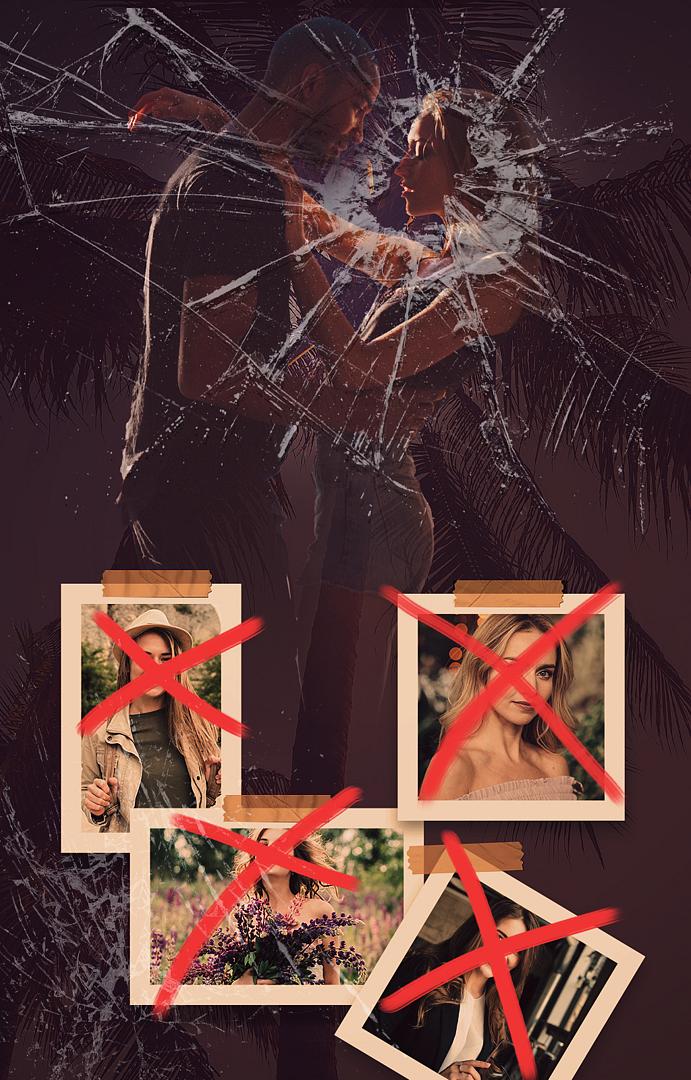 An elusive killer on the loose in San Diego is targeting young single women who live alone. When the crime scenes are found to be too clean, police begin to wonder if maybe one of their own could be responsible for these coastal killings.

Alicia Duncan leaned her elbows on the balcony of her beachfront home. Her brief diamond-white bikini and shoulder-length blonde hair conspired to accentuate her allover golden tan; the result of regular west coast sun exposure, not sprays or bottles.

While patiently waiting for her husband, Matt to return from the kitchen with their fresh drink refills, she watched the fiery sunset and the late afternoon beach activity on the sands below their two-story home.

Saturday had been a scorcher so their elevated balcony overlooking La Jolla Shores beach was the perfect location to relax with a cold drink and enjoy the gentle seaside breeze.

With a fresh drink in each hand, Matt paused briefly before sliding open the glass patio door leading out to the rear balcony. He took a moment to regard his beautiful wife, who faced away from him watching the sunset. Despite his wife being the love of his life, his firm expression was one of questioning uncertainty.

Alicia was an incredibly beautiful woman with stunning model-like features that belied her thirty-two years. In the five years they had been married, he had never before had cause to question his wife’s trust. As far as he knew, they shared a mutual trust and infatuation with each other.

But to Matt, something changed in Alicia around the time her personal trainer, Calvin, resigned and was replaced by her new trainer, Jason.

Matt’s mouth straightened at his growing doubt. He took one last approving look at his alluring wife before sliding the patio door open with an elbow.

The rhythmic sounds of breaking waves and the warm late afternoon summer breeze welcomed him as he stepped out onto their elevated balcony.

“Magnificent, isn’t it?” Matt said of the golden sunset over the vast expanse of ocean.

“Glorious,” Alicia said, scanning the fiery orange glow. “It’s so pretty. It’s such a shame it has to go away each night.”

She accepted her recharged glass of champagne from Matt. Her other hand hovered underneath the glass as if to catch any spillage.

“Cheers,” she replied with a smile, accepting the toast with a clink of her champagne flute.

Following a sip of their drinks, they both leaned their elbows on the balcony handrail to take in the last of the fading sunset.

“So…,” Matt said, then sneaked in a quick sip for courage. “Tell me about this new trainer of yours…this Jason character.”

“What do you want to know?”

Alicia looked at Matt and smiled. She took a sip while holding her smiling eyes on Matt. “Don’t tell me you’re jealous of my new personal trainer…?” she said with a teasing tone.

Matt shrugged. “No. It’s just that…well, if he’s going to be holding one-on-one training sessions with you every Sunday, Wednesday, and Friday…I think I should know a little more about him. I knew Calvin fairly well…but this guy…” Matt shrugged as his voice trailed off.

Alicia grinned at her husband. “I suppose I’d ask the same questions if the situation was reversed.” She took a sip before leaning back onto her elbows.

“Well…,” she began. Her focus was out toward their darkening beachfront vista as she spoke. “He is twenty-five. African American. Single. He said he was born in Pittsburgh and went to Penn State University. He only recently moved to San Diego and lives alone in a rental in Pacific Beach.

“He has done some catwalk and magazine modeling in the past, but for the last three years he has worked full time as a personal trainer and gym instructor. If I was to compare him to someone so you could get a visual…I’d say he reminds me a little bit of the guy who plays Derek Morgan in the Criminal Minds TV series.”

This comparison was particularly relevant to Matt, given they both regularly tuned in to watch the weekly Criminal Minds episodes with interest, due to Matt’s line of work.

Alicia nodded. “Not his doppelgänger…but a close look-a-like,” she said. She grinned at Matt. “Enough information for you…?”

“Bit of a contrast in personal trainers, wouldn’t you say…?” Matt said.

“I mean, Calvin was forty, average-looking, married, and white. This new guy…from what you tell me…is single, African American and –”

“Hot…,” Alicia quickly added with a nod. “He’s hot…and he knows it too,” she said, then grinned into her glass as she took a sip.

Matt curiously watched Alicia sip her champagne. She knew way too much about this new trainer for his liking.

Alicia caught Matt staring at her. “What…?” she said with a smirk. “He is…I can’t help it if he has rock-hard six-pack abs and a chiseled body to go with his cute looks…”

“No I suppose you can’t…” Matt said. His eyes narrowed. “But being ‘hot’ is important in a trainer, is it?” Matt said with a deliberate tone of cynicism.

“Oh, don’t get me wrong, he’s a very good trainer,” Alicia said. “But having a trainer who is easy on the eye is a bit of a bonus, isn’t it?” Her question was rhetorical.

Matt flicked the stubble on the side of his face as he gazed out over at rolling waves. He had never met this Jason, yet he disliked him immensely. Moving his extreme jealousy aside, something in his gut kept telling him this guy could not be trusted with his beautiful wife.

But now after seeing how she lit up when she spoke of the trainer, he also questioned whether he could trust his beautiful wife with this guy?

Either way, this whole personal training arrangement was not something he was happy with. He never had these concerns with Calvin.

Alicia’s “hot” comments particularly resonated with him. So much so he decided he would have to keep a close eye on this relationship.

Matt relaxed on his spacious rear balcony sipping on his coffee while catching up on recent events from his Sunday morning newspaper. He lifted his eyes to Alicia when she stepped out onto the balcony wearing her training workout clothes.

“I’m heading out now, hun,” she said with a pleasant smile.

A smile of approval illuminated his face as he regarded his wife. Matt loved how fit she looked dressed in her body-hugging activewear.

Alicia moved over and stood between Matt’s legs. He responded by cupping his hands around her tight butt cheeks as she kissed him goodbye. “Have a good time,” he said as she stepped away from him.

Alicia glanced back over her shoulder at Matt as she walked, probably to check he was still watching her; of course he was. After all these years together he remains enamored by her beauty and alluring sex appeal.

Matt watched her disappear through the door and into the house. Once she was out of view his smile instantly wiped. He was not comfortable with her training with this new guy.

Being a trained investigator who made a living by reading people with something to hide, he was getting a read from Alicia. Was it his jealousy, or was something going on between Alicia and her new younger trainer?

Whatever it was, his reliable gut instinct developed from over fifteen years in the FBI told him something seemed amiss. But how could he find out without offending her? Regardless, if there was something going on, he would find out.

The background checks he discreetly ran on Jason came up empty, except for one anomaly. Alicia said Jason rented in Pacific Beach. Matt’s checks discovered Jason actually had a mortgage on the property he lived in.

One thing was for certain, if this new trainer was having an affair with Matt’s wife, it was not going to end well—for the trainer or Matt’s wife. Matt was a proud man with a huge ego and he would not be humiliated by anyone; not his wife and certainly not this Jason.