Maddy, Corbyn, and Aaeden (Team SoNaR) embark on a dangerous scientific quest to seek out a renewable energy source that will save the world. Through a series of complicated riddles, clues, and ciphers, they must work together to find the secret that will save humanity—oh, and stop an evil corporation from undermining their efforts while doing so! It’s a challenge that will threaten not only their friendship, but their lives. 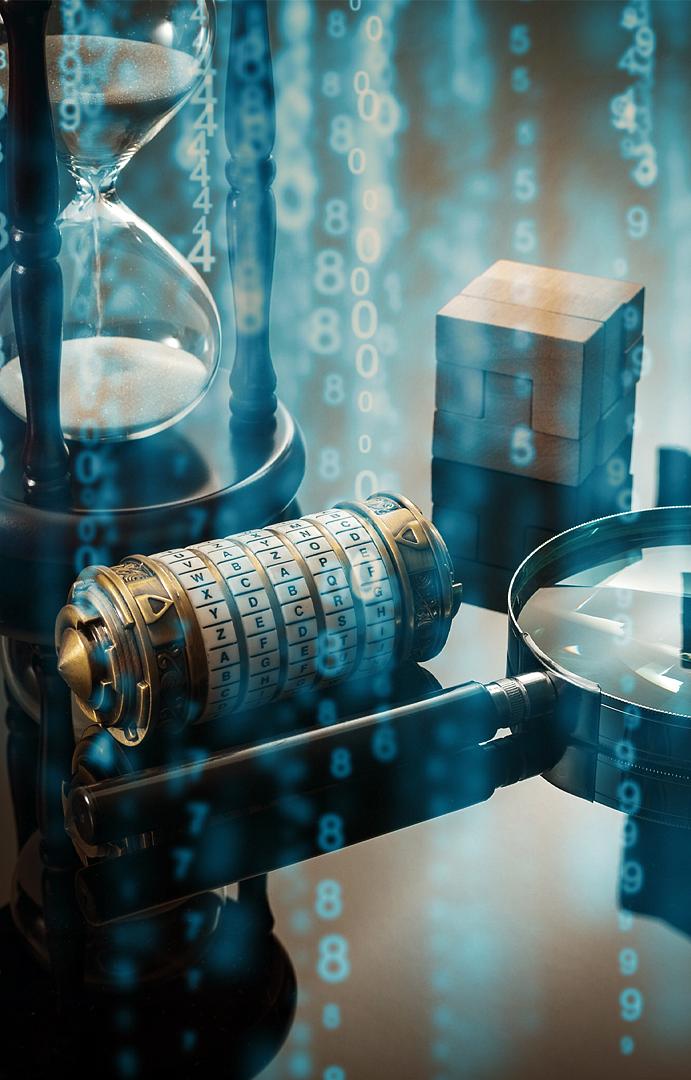 Maddy, Corbyn, and Aaeden (Team SoNaR) embark on a dangerous scientific quest to seek out a renewable energy source that will save the world. Through a series of complicated riddles, clues, and ciphers, they must work together to find the secret that will save humanity—oh, and stop an evil corporation from undermining their efforts while doing so! It’s a challenge that will threaten not only their friendship, but their lives.

Decades of his life’s work were about to become reality…if everything went according to plan.

Despite all he and his team had accomplished, he couldn’t help but wonder if it was all for naught. Would the world’s academics buy into his company’s claims?

Would they refuse to accept their potential benefits to humankind?

Would they embrace them as the solution to sustaining our planet forever?

Or would they publicly shun them as pseudoscience?

He had no idea. After all these years, he was still terrified of what might happen once the details of his discovery were made public.

There were many influential individuals that wanted him to fail, and he knew they would stop at nothing to see to it that he did. Despite the dangers, he pressed on.

Turning from the window, the head of the company sighed.

Pushing away all of the questions invading his mind, he knew one thing for sure: for better or for worse, his company’s discovery was about to change the face of the planet forever.

Madyson (Maddy) Rutherford’s alarm went off right on time. It was early Monday morning on the final week of her freshman year of high school.

Dreading the next three days, Maddy buried her head in her pillow. Try as she might, she couldn’t tune out the incessant beeping filling her room. She rolled over and sighed.

Final exams were already done. Maddy knew the final three days of the school year were going to be jam-packed with nothing more than meaningless time-fillers.

As one of the top students in her grade, the thought of sitting through three days of pure tedium made her want to hurl. Nonetheless, Maddy dragged herself out of bed and got ready for school.

She grabbed a quick bite and left on her bike.

A native of Jakarta, Indonesia, Maddy was a naturally attractive girl who never covered her light brown complexion with make-up.

Despite suffering from an overwhelming fear of heights, her appearance and interests suggested that she was a tomboy at heart.

At 5’4” and with a slim build, Maddy was most comfortable pulling her shoulder-length brunette hair into a ponytail and throwing on jeans and a t-shirt.

To pass time, Maddy played baseball with her two best friends, geocached for hidden treasures around the world, read in the shade of her favorite oak tree.

She conducted physics experiments and solved ciphers that she came across. Maddy was what many considered a typical nerd, a title she took great pride in.

Maddy arrived at her high school and locked her bike up. She walked to her Algebra class and found her usual seat up front.

When class started, she pretended to take notes on a dry film that demonstrated how to convert from English to metric units. Already expert at this skill, Maddy quickly grew bored.

Tuning out the film, she began to daydream about how the life she knew and mostly loved had come to be.

Maddy’s birth name was Sari Dewi Kurniawan. Immediately given up by her birth mother, she spent her first six months in an orphanage.

With an uncertain future, fortune smiled down on her one day: a newlywed couple that was incapable of having children of their own arrived from Colorado Springs, Colorado to adopt her.

Once the adoption was finalized, Sari’s parents legally changed her name to Madyson Rutherford: Madyson in honor of her great-great-grandmother on her mother’s side, Rutherford as her paternal surname.

Unfortunately, Maddy’s young life soon took a tragic turn. Only weeks after the adoption, Maddy’s parents were involved in a car accident while driving to Denver.

According to police reports, winter weather had been the predominant factor in the crash that instantly killed both of her parents.

After her parents were laid to rest, it was determined through their last will and testament that Maddy’s nearest living relative was to be named her new legal guardian.

Based on this stipulation, Janet Rutherford, Maddy’s great-aunt, was forced by the courts into parenthood.

Begrudgingly accepting her new role in life, Aunt Janet became very bitter and did just enough to keep her great-niece fed and clothed.

Beyond that, Aunt Janet did nothing more for the “parasite” that had invaded her life and her home.

As Maddy grew older, she began to question if she had other relatives that were alive.

She’d once heard she had a grandfather somewhere that was an important scientist, but she didn’t know much beyond that.

Whenever she would bring the subject up, Aunt Janet would instantly grow sour and refuse to discuss the matter further.

Maddy couldn’t understand why this topic brought about such a response but she was too afraid to dig deeper. As time passed, Maddy and Aunt Janet spoke to each other less and less.

Because of their strained relationship, Aunt Janet and Maddy avoided each other as much as possible.

The only time they endured each other’s company regularly was when Janet’s caretaker, Mr. Zhang, prepared dinner for them both.

As a result, in order to keep loneliness from setting in, Maddy spent most of her time with her two best friends, identical twins Corbyn and Aaden Franklin.

Maddy, Corbyn, and Aaden were unique in how they spent their time together.

They’d hold contests to see which one would be the first to solve the next great brain teaser.

The three enjoyed working together through mental challenges so much that they jokingly referred to themselves as the biggest nerds in Colorado.

This inside joke led the trio to nickname themselves Science Nerds Rule, a name that fit the three perfectly.

To make the name more efficient, Science Nerds Rule became ~S.N.R~.~, an acronym that sounds like ~sonar~ when read.~

Thus, Team SoNaR was born, and the rest was history.

Smiling to herself, Maddy was brought back to reality by her Algebra teacher.

“All right, folks. Place your notes on my desk on your way out. And don’t forget yearbooks are still on sale in the office. See you tomorrow.”

Maddy suffered through two more ninety-minute block classes before finally making it to lunch. She looked around for an open seat and waited patiently for Corbyn and Aaden to join her.

Although identical, it was easy for Maddy to tell the twin natives of Colorado Springs apart.

Despite their matching height of 5’6”, red hair, freckled skin, skinny bodies, and gangly arms, the brothers had many unique differences.

His short hair was combed down straight and spiked in the front, he wore glasses, and he was often clumsy when agility seemed to be most needed.

In contrast, Aaden wore khakis and polo shirts with his sneakers. When he wasn’t wearing his favorite baseball cap, his hair was parted neatly to the right.

Though brave on most accounts, he refused to swim with his friends due to a debilitating hydrophobia.

He was a master chess player, an expert at general trivia, a lover of theater, and a fan of classic novels.

His favorite subject was astronomy, largely due to a pattern of moles on his back that closely resembled the Big Dipper.

“Sorry.” Corbyn sat across from Maddy. “Got hung up in English. Exciting classes today, huh?”

Aaden sat next to Maddy. “I fell asleep in Civics. I think I drooled on my desk a little. Pretty hard to care much right now.”

“At least we can look forward to our meeting tonight.” Corbyn always anticipated the next SoNaR gathering.

Maddy nodded. “Mr. Zhang will make us dinner so don’t eat before. I found a new cipher I want you guys to look at.”

Aaden smiled. “I bet you five bucks I solve it before Corbyn does.”

Corbyn took a bite of his bologna sandwich and snorted. “When was the last time you solved a cipher before I did?”

Aaden smiled wickedly. “Just been saving my talents for tonight is all.”

Maddy laughed. The constant competitiveness between her two best friends was entertaining. For the rest of lunch, Team SoNaR planned out that night’s gathering.

Once lunch was over, they departed to their final classes: Maddy to Science, Corbyn to Algebra, and Aaden to Language Arts.

“Sounds good.” Aaden threw his trash away and headed out.

Before she left, Maddy turned back around. “Oh, and Corbyn?”

“Yeah?” he replied through a mouthful of food.

Corbyn smirked. “Someone’s gotta know how to measure in centimeters.”

Maddy walked to her next class; her mind wandering, as it often did, to her mysterious grandfather.

Does he even know who I am? Or that I’m even alive? Where does he live? What kind of a person is he? What type of research does he do?

Why won’t Aunt Janet let me see him? Is it because she likes to torture me? Or is there a bigger reason?

Knowing it was unlikely she’d ever receive answers to her questions, Maddy walked somberly into class and took her seat.