Summer might be married to a handsome businessman, but she knows something about his temper that others don’t. When her brother finds out what she’s been going through, he makes sure that his MC protects her. Only Summer wants nothing to do with MC life…until she meets "The Devil," and realizes there’s nothing quite like a bad boy to get her heart racing. 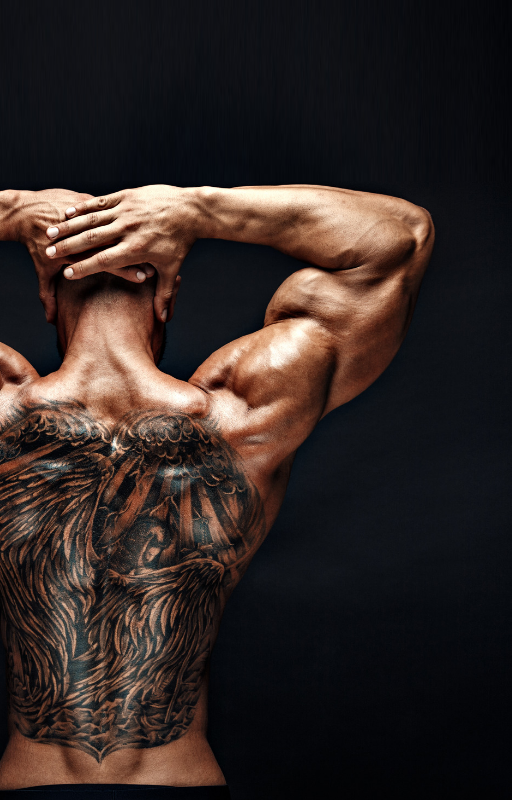 Summer might be married to a handsome businessman, but she knows something about his temper that others don’t. When her brother finds out what she’s been going through, he makes sure that his MC protects her. Only Summer wants nothing to do with MC life…until she meets "The Devil," and realizes there’s nothing quite like a bad boy to get her heart racing.

Imagine meeting the perfect guy. He’s successful and handsome. He wines and dines you, and you have mind-blowing sex. Naturally, you fall in love. You marry in haste, then he hits you and you realize that your perfect guy was wearing a mask all along.

Soon, you discover that sometimes happily in the moment can be better than a happily-ever-after. That sometimes, castles can be prisons, and that sometimes, knights in shining armor ride motorcycles, not horses.

Are you ready for the ride?

Vows, rings, and expensive things—that is how a marriage starts. With vows that you’ll love each other forever, rings to seal the commitment, and then, in my case, expensive things started to trickle in every time these promises and vows were broken.

From designer heels and exquisite pieces of jewelry to luxury holidays; all leading me to believe that every scar can be healed with a gift.

I promised to love him through the good and the bad, and the bad doesn’t last forever.

Or, at least, that was what I’d kept telling myself because it had to get better. That’s why they say for better or for worse, but last night the mask my husband wore so well fell completely off, and it became clear that I needed to get out of here. I couldn’t stay any longer.

I loved my husband, but the possibility of having a future together was no longer realistic.

Running into the closet, I jumped up, gripped the strap of the suitcase, pulled it down, and opened it in the center of the floor.

Opening one drawer, I grabbed my passport and then a wad of cash from another. Those were thrown in. Next, I emptied a jewelry drawer into the suitcase.

To think this time last year we were heading on our honeymoon and I couldn’t imagine my life without this man… Slowly, the reasons why I should leave him began to add up.

What had started as the occasional outburst of verbal abuse or a little shove...had evolved into this.

My husband had hit me. Punched me in the face. For the first time ever, he’d crossed a line you can’t come back from.

I knew it was the the alcohol. His disease was the monster—not Elliot.

And he was fighting with it, which was why I had stayed.

I kept believing that I could change him back to the man I fell in love with. That he would get better. That he was dealing with a demon and wasn’t pure evil.

It reaches a point where you have to ask yourself: is there any reason to stay? After that first physical blow, I knew there wasn’t anymore.

I’d done everything I could. The only option left for me was to leave.

So, even with tears streaming down my face, half from heartbreak and half out of fear I’d be caught, I packed.

I zipped up the suitcase, dragged it out of the wardrobe and through the hall, and rushed down the stairs.

Why the hell couldn’t I have put them back on the hook?

Our garage was a maze of cars, and I had conveniently lost the keys for the only car I could ever manage to get out.

Finally, I found them sitting on top of one of my sketchpads.

I grabbed my bag, headed out to the garage, and unlocked the car.

Then, I heard gravel pop and crunch as a car drove up the driveway.

I froze, my suitcase halfway into the trunk.

What the hell was he doing home? I thought I had more time!

Nerve-gripping, knee-buckling fear captured me as the garage door opened to reveal his sleek sports car a few feet in front of mine.

Fuck. I couldn’t get out now even if I wanted to.

He cut his engine.

I swallowed sharply, watching him get out of the car, his eyes going from the open trunk and the suitcase to me.

“Something you want to tell me, Summer?”

It was simple really. He hits you, you leave. I should have known from the shoving and the screaming. But I’d wanted to believe in him. Now?

No. I couldn’t face another night like last night.

“Summer, please don’t do this. I know it has been a rough few months. I’m sorry, I didn’t mean it. Hell, I’ll do anything it takes. I’ll get a sponsor for AA now.” He even pulled his phone out.

My stomach twisted into a knot.

I knew that was a huge move, especially if it came out to the public.

“You know what happens when I drink. You were the one that handed me the glass to celebrate our first year with a toast.” His words held honesty, and I knew—or, at least, I hoped to believe—that deep down he didn’t mean it and it was the liquor. He was right, too: I had handed him the champagne glass.

“Come on, Summer, I need you, so please help me get through this. We’ll face this together and then we can get back to how we were. You, me, us. Let’s get our marriage back on track. You know I love you.”

He was pleading with me, begging me, and I knew there was only one condition that would get me to stay.

“Done.” He was quick to agree. “Do you remember our honeymoon? The first night, you were sipping on a sangria and singing out of tune to the band. We made love on the beach, underneath the stars. I remember every detail. It was the best night of my life because I finally got to call you mine. That was the night we began our life together.”

He locked eyes with me. “Remember the next day, when we were in that crowded market and you fell in love with that necklace, the one you are wearing now, and you didn’t want to get it because you thought it was too expensive?”

His voice was smooth, confident, and clear of aggression. His expression…he was completely calm, and that threw me. “And I told you that you would never want for anything ever again? We were so happy, Summer. I’ll do anything to get us back to that.”

He casually took a step towards me and it was my immediate reaction to take one step back from him.

The emotions were overpowering and I couldn’t stop the tears from springing to my eyes.

My tears caused him to break the distance between us, and before I knew it, he was gingerly taking my hand.

It was an automatic reaction to flinch, and I saw shame splinter across his face at my reaction.

He placed the sweetest kiss on my wrist, and it was enough to cloud my judgment for a moment.

“Come, my love,” Elliot said, grabbing my bag from the trunk. “Let’s get you inside.”

And just like that...I went back to the man who, for months, had screamed at me, shoved me, and, finally, last night, beaten me.

Because he was my husband.

Because I still loved him.

Because I didn’t know yet what Elliot was about to become...

Scorpi need a favor Summer Breeze
Scorpi know its been a long time
Scorpbut i just got some crazy news
Scorp
Summerwho's that?
Scorpthe prez of my motorcycle club
Summeri told you i want nothing to do with your club
Scorphear me out
Scorphe was on deathrow for 13 yrs
Scorpnow he's being let out
Summerthe one who lead the massacre all those years ago?
Scorpthats him
Scorpthey say the evidence was tampered with
Summerwhat do you want?
Scorpthere is a chance something big could happen tn
Scorpa lot of people dont want the Devil back
ScorpI’m gonna stand with him
Summerwhy put yourself in danger like that?
Scorpi owe him
Summerwhat the hell are you talking about?!
Scorppls Summer
Scorppromise me one thing
Scorpif you don't hear from me in 24 hrs
Scorpgo to my place
Scorpthere's a safe under my bed with my will
Summerdon’t do this Scorp
Scorpi know ur taken care of
Scorpmake sure u take care of my baby girl too
Scorpbye Summer
Next chapter