Gage Thomas is the U.S.A’s most eligible bachelor. Talent, money, looks—he has it all. Dare Williams, on the other hand, grew up with very little, but makes the most of what she has. The two couldn’t be more different but when they meet at a wedding, Gage is taken by Dare. Dare wants nothing to do with him…but Gage is used to getting what he wants! 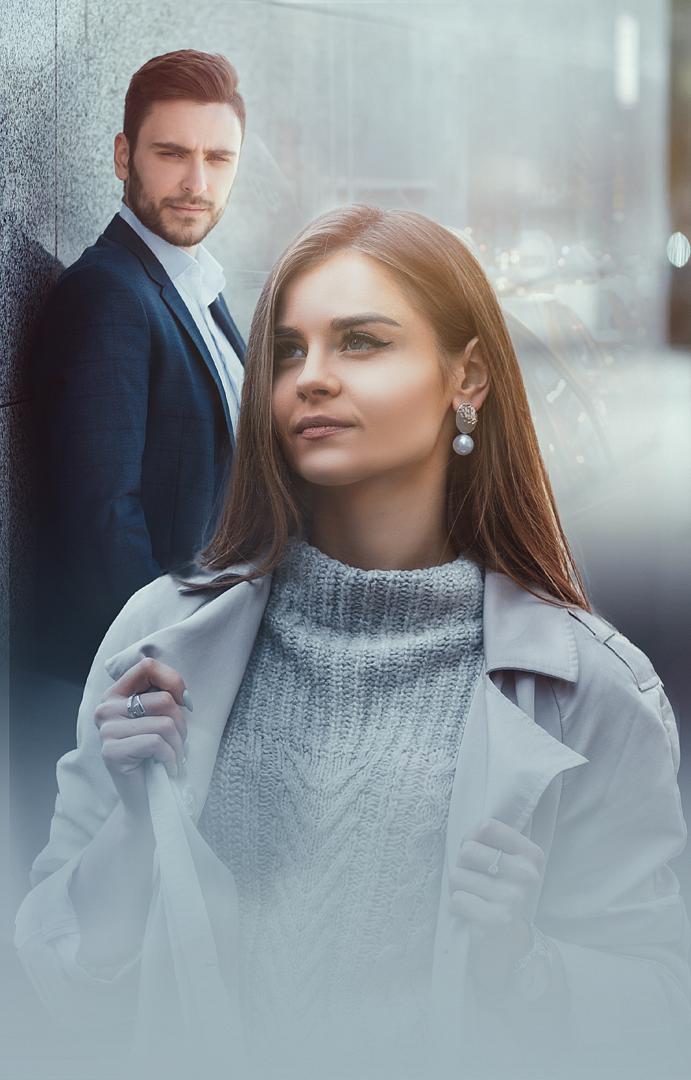 Gage Thomas is the U.S.A’s most eligible bachelor. Talent, money, looks—he has it all. Dare Williams, on the other hand, grew up with very little, but makes the most of what she has. The two couldn’t be more different but when they meet at a wedding, Gage is taken by Dare. Dare wants nothing to do with him…but Gage is used to getting what he wants!

“Gage Thomas shocks the world by winning the U.S.A.’s most eligible bachelor for the fouth year in a row. My sources say that Gage commented on the announcement tweet 'wow, I can’t believe this.

"He was seen just last week with his dad Richard Thomas at a meeting to settle a few things before Gage’s brother Elijah takes his dad's place as President/CEO of Thomas Industries-” the reporter says in the background as I walk through the door after another tiring day of interviews and job searching.

“Hey, I’m home,” I say, placing my coat on the dining room chair and throwing my keys aside.

“Hey,” Ope says smiling widely over her shoulder while flipping through channels on the couch. “How did it go?” she asks and I groan. “That bad huh?”

“Yeah, I got groped again by some old man. He said if I wanted to work with him I need to wear tighter clothing. Then he grabbed my side boob,” I complain.

“Ew, what did you say?” she asks, her face contorted in disgust.

“I told him where he could stick it...and some other things. Let’s just say I am banned for life from Greek Squad,” I say, taking off my super uncomfortable high heels and going to the kitchen.

“Wow, that sucks, I’m sorry Dare,” she says sincerely, still looking over her shoulder while I pour myself a glass of orange juice.

“It’s okay. I have another interview tomorrow at Thomas Industries. Hopefully the goddess of luck will bestow a little light on me. I haven’t been able to get any other interviews,” I say, taking my glass and sitting on the couch. “Enough about boring job stuff, how was your day?” I ask.

“Really boring, it was like a meeting relay race, one after another,” she says, feigning a woozy look. “Oh, and Sage called today to confirm my RSVP. Seriously if that bitch don’t stop worrying me I’m not going,” she says waving her hand around.

“Ope, it’s your sister's wedding. You and I both know she’s been planning it since she was ten, don’t be bitchy because it's not you,” I say in my mother-accusatory tone while pointing my finger at her.

“Shush, I’m not, I am just simply saying that she doesn’t need to call me everyday to discuss it. We’ve got our dresses and we’re leaving early on Friday. What else does she want from me?” she asks, stretching her back over the edge of the couch.

“Hey, don’t do that you’ll bend the cushions. Maybe she just wants you to be as excited as her. You’re lucky your mom talked her out of a winter wedding or we would’ve been freezing our asses off in the dresses we got,” I say taking a sip of my orange juice.

“Yeah, that’s true, but you’d think that as much as they’re paying for this thing a chapel would’ve been better than a yacht in the middle of the ocean or whatever.

“I don’t know why a boat or a snowy wedding were the only options,” she complains.

“Isn’t she getting married to that heir or whatever?” I ask.

“Yeah, Ryan Philis. He’s taking over his dad’s company soon. There were rumors she was just in it for the money. But, I know my sister she’s never been the materialistic type.”

“No matter what happens or who Rick-”

“Ryan. No matter who Ryan marries those kinds of rumors will always be passed around. I mean look at Meghan Markle she was accused of using the prince for his money and stature. When in reality they met on a blind date,” I reason and she nods.

“That’s true, I’m just glad you’re going. That you decided to take Sage up on her offer to go. I have to stand in the damn thing, without falling asleep.

“My mom threatened and I quote, in Greek, ‘if you cause a ruckus or show your ass at the wedding I will ring your neck and not feel guilty’,” she says.

She continues. “To say I was worried that my own mother would kill me was an understatement,” she says her eyebrows slightly creasing in the center.

“Your mom is terrifying. I saw her screaming at your brother in greek once and I made a pact with myself ‘to never’ and I mean ever ‘piss your mom off for as long as I live’ she would scare me shitless if she yelled at me like that,” I say and Ophelia laughs.

“Well, you should probably get some sleep so you can ace your interview tomorrow,” she says and I sigh, finishing off my orange juice and putting the glass in the sink in the kitchen.

“Yeah, you’re right, I’m gonna shower and head to bed,” I say and she nods.

“I’m gonna go to bed too, night,” she says, turning and waving her hand as she walks down the hallway to her room.

I chuckle and playfully roll my eyes. I get to my slightly messy room and grab my clothes and a couple towels for the shower.

Once I’m showered I get dressed, set my alarm for tomorrow, and go to bed.

I toss in bed as the sleep weighs my body down. I reach over and slam the alarm clock to get it to stop.

I get up and go pick out my clothes, I decide to go with a pencil skirt and a nice blouse with some cute black pumps. I braid my hair in a low side braid and put on very light make-up.

I wander around my room making sure I’ve got everything I need. Resumé, check. Purse, check. Wallet, check. Gum and extra tampons- just in case- check and check.

Why do I feel like I am forgetting something? Oh, duh, my phone. I take my red iPhone XR off the charging dock and walk out to the kitchen.

“Okay Frankenstein,” Ope jokes. She places a coffee mug in front of a stool on the granite bar that connects the kitchen and the living room.

I sit down and feel the cold surface against my butt and I immediately cringe. “Ahh cold, cold,” I say and Ophelia laughs.

“Don’t laugh at me, these chairs are so damn cold,” I complain, rocking side to side on my butt hoping to help the cold.

“Uhh, those aren’t chairs, they are stools,” she says flatly.

“Whatever Bitchy Betsy, you know what I meant,” I say, taking a sip of my warm coffee. She sticks her tongue out at me and I return the gesture.

She then makes two fists and bumps them together and I once again copy her. We laugh and talk while we enjoy our breakfast this morning.

I get up and clean up my mess and go to the front door, I grab my coat and keys. I look down and see our mail on the side table. “Shit, Ope our water and heat is due,” I shout in her direction.

“Already taken care of,” she calls back and I smile. God bless that child.

“Thank you,” I call out smiling.

Ophelia works at a fashion company for one of the world's top designers, Royal Njay. Her designs are in high demand right now and my girl Ope is one of her top designers.

I hate to say it but sometimes I get jealous of Ope. Growing up my family didn’t have much thanks to my uncle spending all of the family savings early and leaving my mom and dad with nothing.

We didn’t have ‘nothing’, it was just that we rarely got what we wanted. While Ope and her siblings were washed in wealth from her grandma and her grandma before her and so on.

They’re old money and from Greece. Ophelia and her family moved here when I was in middle school. One day I decided to sit with her at lunch even when no one would.

It wasn’t because she was weird looking or anything like that, but because she didn’t speak or know much english. I mean the kid was like ten when she moved here.

So I taught her English and she taught me Greek. I am almost completely fluent and it comes in handy when we go out and want to talk about people without them understanding us.

Rude, I know but don’t act like if you knew another language and so did your best friend that you wouldn’t be doing that shit too.

I need this job, that’s why I am hoping this interview goes well. The last thing I want is to dip into my life savings for bills.