Death and All His Friends

Tegan is haunted by dreams of a forest, a little boy in a clown costume, and a ghost from her past. All she wants is a normal life, but instead she finds herself caught up in the conflicts of a bunch of supernatural weirdos from the afterlife. Will she be able to conquer her demons, or will the real ones drag her down first? 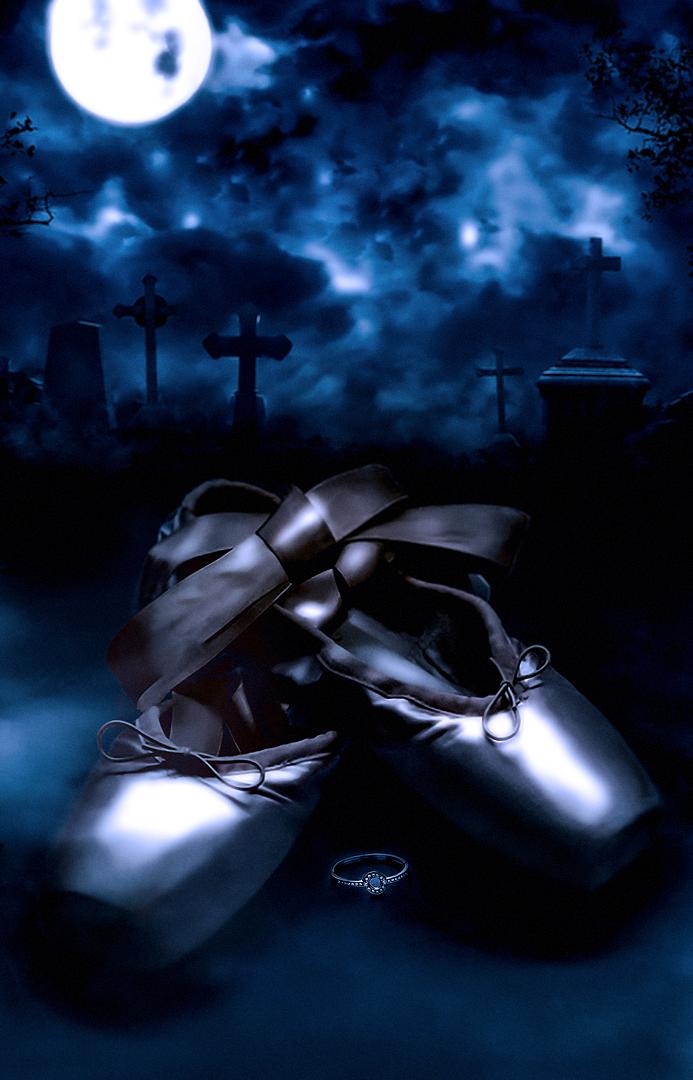 Death and All His Friends

Tegan is haunted by dreams of a forest, a little boy in a clown costume, and a ghost from her past. All she wants is a normal life, but instead she finds herself caught up in the conflicts of a bunch of supernatural weirdos from the afterlife. Will she be able to conquer her demons, or will the real ones drag her down first?

At least that’s what I thought as I sat in my stiff wooden chair and tried to focus on the worksheet. The numbers were blurring on the page which was not surprising. My mind had been wandering since the start of class.

I looked at the broken clock mounted to the wall, which I was sure had never worked to begin with. Either that or my maths classroom was in some sort of time bubble where it remained 5:23 am for all of eternity.

The girl behind me was clicking her pen and with each incessant click, my scowl deepened.

The boy next to me was chewing his pen with extreme gusto, seemingly oblivious to the drool that was pooling on his book. The sight, as well as the fact that I could actually hear him chew, made me want to throw up my breakfast.

And honestly, the last thing I needed was partially digested oatmeal all over my calculus.

What was even more irritating was the boy in front of me, who kept tapping his feet and pen in alternate patterns, trying to follow the music blasting from his cheap headphones. He was failing miserably I might add. The kid had no rhythm whatsoever.

But what really ticked me off that morning was the girl next to me. The curly-haired brunette with perfect teeth and bad breath was texting under her desk.

Ordinarily I wouldn’t care, but today her inch-long nails tapping against the keypad of her Blackberry was driving me insane. And every now and again she would utter a little giggle at whatever she was reading.

My head sunk deeper into my arms which were resting against the desk. I was surrounded by the four most annoying people in the class. Why oh why did I come late?

I closed my eyes and prayed for the class to end.

The brunette couldn’t help it any longer and burst into high-pitched laughter.

My hands clenched the edge of my notebook as I tried to resist the urge to repeatedly beat the girl over the head.

Her laughter increased and for once I wished our maths teacher, Mrs. Koots, wasn’t a senile, deaf old hag.

“Yo, could you shut up?” the boy in front of me turned and hissed at the brunette. “You’re screwing with my beat, woman.”

The girl behind me sniggered.

“What beat? You sound like a drunken baby hippopotamus stomping around in pain after an iguana ate its face.”

The boy next to me started to laugh but ended up choking on the pen in his mouth.

“Hey!” Earphone Boy’s face contorted into a look of disgust. “You wouldn’t recognize a good beat if it bit you in the ass!”

It took us a few seconds to realize that the boy next to me was still choking and actually unable to breathe.

“Oh my God!” Texting Brunette screamed, jumping up from her seat. I jumped up too just as Earphone Boy pushed his chair back and Clicking Pen Girl leaped over her desk.

We crowded around Drooling Boy, who had gone pale, his eyes frantically looking back and forth between the four of us.

“He’s not unconscious, you idiot!” I yelled back.

“Hey! At least I’m trying!” Earphone Boy turned around so fast that his elbow came in contact with my face.

“Ouch!” I screamed at the instant, blossoming pain. I screwed up my eyes as something warm and salty ran down my lips.

My hands flew to my nose and came away wet and red.

“Oh my God!” Texting Brunette screamed again. Maybe I should have paid more attention and learned their names because this was getting ridiculous.

By now, poor old Mrs. Koots realized that something was happening at the back of her classroom but, cursed with extreme short-sightedness and a tendency to lose her glasses, she could only yell at the class to stay calm as she made her way towards the commotion.

It was hard for the old lady because the whole class had gathered around the four of us like we were celebrities or something.

“Oh Jesus, did I do that?” Earphone Boy exclaimed, looking at me in horror.

“Are you okay?” Clicking Pen Girl asked, her eyes wide. “Because that looks bad! Really bad! You douche hat, you broke her nose!”

I felt momentarily sorry for the poor kid who was still choking on his pen since I had stolen all the attention.

My sympathy disappeared a moment later when a throaty cough forced the pen from the boy’s esophagus and straight into my face.

More blood poured out as the flying writing utensil smacked right into my bleeding nose.

“Ew,” I grumbled, trying to stop the flow of blood with the sleeve of my uniform.

Oh man, my mom was not going to like this at all. I only had three white shirts and one of them was still in the wash.

“Tegan, I think you should visit the nurse,” Mrs. Koots’ airy voice said, the old lady having finally figured out what was going on.

I nodded, trying not to open my mouth lest I turn vampire and eat my own blood. Sick.

“I’ll get one of your friends to take your things to your locker. Hurry along now dearest.”

I left quickly, the crowd of people jumping back as I walked past. Geez, it’s not as if I had leprosy. It was disgusting though, the blood dripping all over my hands.

Out of the crowded, stuffy classroom, I turned left and headed to the girls’ bathroom. To be honest, I didn’t really need medical attention. A little blood isn’t something to worry about.

My nose felt fine and had practically stopped bleeding. The blood just made it look like I had been stabbed in the face. No biggie.

I was more worried about the state of my uniform and how awkward it would be walking home with blood splattered all over my white shirt and navy school vest. But on the bright side, at least this way no pedophiles were likely to stop their car next to me and ask me to get in.

With one hand, I pushed open the wooden door and stepped into the deserted, blinding, white tiled room. The one good thing about Kensington High was the immaculate hygiene and cleanliness of the school.

Like the good, model student I was, I took a moment to bask in the fluorescent white lights and bleach smell that made me proud to be a part of such a school. Alright not really. Truthfully, I was feeling guilty that I was about to dirty the place up with my nose blood. The poor cleaners.

Trying to put my conscience to rest, I rushed over to the nearest sink and inspected my appearance.

I jumped in fright.

Yeesh, no wonder everyone was freaking out. I looked like a zombie from one of the Dawn of the Dead movies.

My normally pale face was completely covered in blood, as well as the sleeves of my once white shirt. For some odd reason, the blood was in my hair as well, the auburn strands sticking up in weird places. That. Was. Disgusting.

The only normality of my appearance were my eyes, the reflected dull brown orbs staring blankly back at me.

With a grin, I rolled my eyes back, stuck out my tongue, and swayed back and forth in jerky movements, enjoying how creepy I looked.

At this rate, I could be an extra in the next blockbuster horror movie. Maybe I should take a picture of myself and stick it in my sister’s room to scarify her.

After a few impromptu moves from Thriller, I decided that it was time to wash away the blood.

I turned the tap on and grimaced as I splashed my face. The water was so cold that for a second, I felt as if it had stung me. Nevertheless, it was refreshing and I instantly felt rejuvenated.

Tegan Michaels, ready to take on the world once again!

What the flip was that?

I looked back up at the mirror with a frown. My scowl deepened when I saw something small fall from the ceiling just behind me.

I turned around, my heart thumping uncomfortably. There appeared to be a spot on the ground. On closer inspection, I realized that it was a small pool of black liquid.

I looked up, squealing as more black liquid stuff fell onto my face. I wiped it away hastily, choking as I looked at my fingers.

The liquid wasn’t black, it was red; a very, very dark red.

I stood rooted to the spot, unable to move.

What was going on? Why was there blood coming from the ceiling?

I swallowed hard, then looked up. There was a bulge where the blood was seeping through the gap in the tiles.

I couldn’t breathe. Was there a bodyup there? Before I could scream, I heard a creaking noise and jumped away as the ceiling suddenly gave way in a flurry of dust, timber, and brick.

This time I did scream as heavy debris smacked to the ground. I threw myself into one of the bathroom stalls, locking the door and sitting on the floor with my hands over my mouth.

What the hell was that? Did the ceiling fall in? What do I do?

I stood up, my hands shaking uncontrollably.

And then my heart stopped as I heard ragged breathing from somewhere in the bathroom.

Oh my God! The thing that fell through the roof is still alive!