The Requiem legacy continues with Luvenia, Madeline’s daughter. Luvenia may be the most beautiful half human/half Dragon the world has ever seen, but she has bigger plans than finding a mate. When fate ties her to handsome twin princes Thaddeus and Sylvan, they promise her everything she craves… 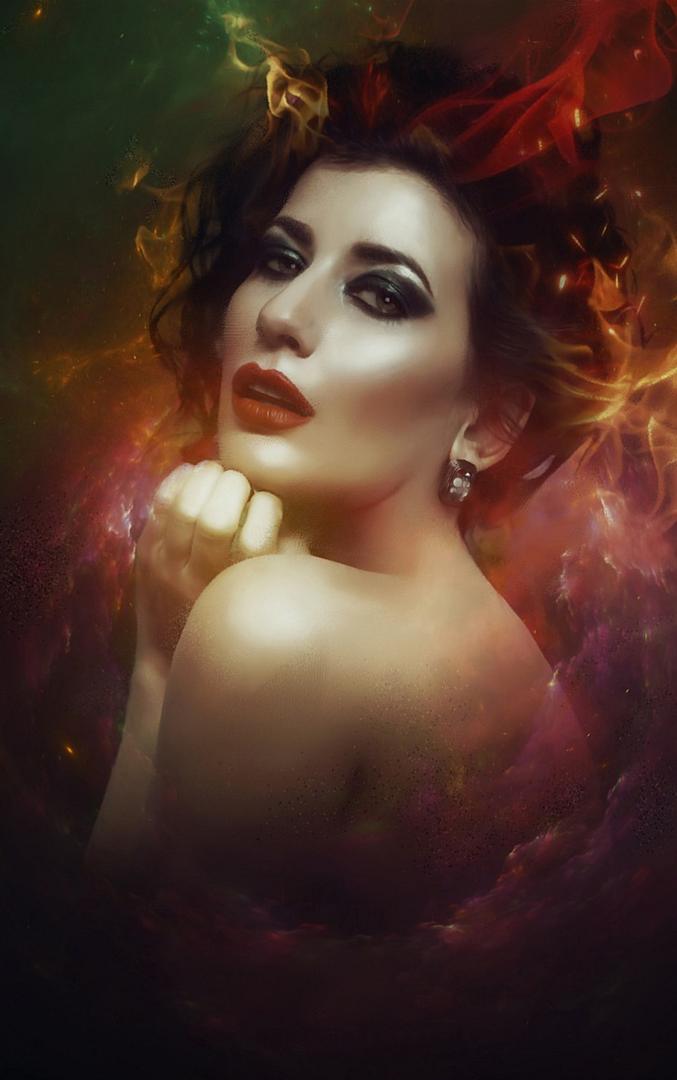 The Requiem legacy continues with Luvenia, Madeline’s daughter. Luvenia may be the most beautiful half human/half Dragon the world has ever seen, but she has bigger plans than finding a mate. When fate ties her to handsome twin princes Thaddeus and Sylvan, they promise her everything she craves…

Silence isn't easy to maintain, but it’s the only way for me to hear everything.

Everyone thinks I am quiet. They probably don't realize that even though my mouth doesn't speak many words, my ears never stop hearing everyone else’s.

It’s such a plague on the senses, and a pain in the ass.

I hate people. I hate everyone. I don't like anyone’s company. I don't even like my mother.

Sound awry? Well, who would like a mother who drooled after her mates to the point she enjoys wearing a leash and collar day and night?

I don’t know why I’m thinking about the concept of silence so much until I realize it’s the pause on the stage from the band.

I’m resting on my stomach, my chin on my hands, as I hide up on a ledge in Deep Cavern.

Once a treasure trove, this massive cave was now a public center for arts and performance.

As far as I know, it was my Uncle Mason’s idea to educate the slaves of the Requiem Horde and give them a reason to work with more passion under my father’s rule.

Hael and Lochness are my dads. They’re twins but both mated to Madeline, my mother.

The band starts playing another song, and I let out a sigh, my black hair dangling over the rock as I relax more into my hands.

The crowd of slaves have the day off. They are dancing or quietly standing and listening.

You know what? I lied. I don’t hate everyone equally.

I prefer slaves over Dragons.

The slaves are still annoying, but they are…humble.

The young Dragons are obnoxiously irritating. I’ve never met such brutes in my whole life. Not a bone of humanity in their bodies, they are completely consumed with their purity of magic.

Unfortunately, they are my friends because they are all my age.

When I was born, there was a Dragon fledgling boom of little brats. We are all eighteen now, but I still fail to hear any mature thoughts.

I’m about to doze off, completely content listening to the band play soft music.

I like music because it drowns out all the thoughts I can hear from everyone around me.

It helps me sleep.

I’m jolted back to awareness when a spike of arrogance and a shiver of grace runs down my spine. How else can I describe how potent the intrusive feeling is?

I’m instantly on my elbows, ready to bolt, my nose wrinkling in disgust as I notice the two young princes enter the cavern.

One has cobalt blue hair. Thaddeus—or, as every doe-eyed female referred to him, “Thad.” He is arrogance.

The other has midnight blue hair. Sylvan. He doesn’t have a nickname because his name is already perfect. He is grace.

And they are both the bane of my existence.

I avoid everyone because I am sensitive to other people in general. When I am in the prince’s presence, I feel way too much.

Every girl here would die if I told them how those boys made me feel: odd, nervous even. But I would never tell a soul.

Because then I would be told I had a crush on them. And I’d be molded into a part of the fangirl club.

So I stick to thinking I feel nothing but disdain for them, and I avoid them at all costs.

I watch as the attention in the room is completely flipped from the band to the handsome boys. I hear multiple girly sighs and even a few squeals.

While the girls below me melt and the princes smile and gloat as they come in to “chat” with their loyal fans, I make my move to leave.

I push up onto my feet and hands while I glare at them. Almost instantaneously, as they are now directly below me, the twins both look up and meet my gaze.

I scowl and turn on my heel as my prying mind seeps into theirs without my control.

Look! Luvenia is so weird. Sylvan is speaking to his brother.

She’s uncouth. Thaddeus’s tone is darker, and he is more serious.

I scowl as I feel them both bring up a mental block. They know I’m in their heads. Not to mention, their attempt at a mental block is worthless. I could break it down if I wanted to.

Otherwise, I would have told Thad just how much I thought he was a huge lump of muscle with a very, very small brain. Uncouth… How the hell am I uncouth? ~You idiot!~

Argh, yes, I hate everyone.

Your temper is just like your mother, Luv, despite how much you think you hate her.

I stop in my tracks as I squeeze between the narrow cave exit off my secret ledge. I didn’t expect to hear from my father, Lochness.

What has displeased you?

I bite my lip as I think of a good response.

Nothing. What do you want? I keep it short and sweet. I never liked overexplaining myself.

I roll my eyes as he calls me that. Dad. Don’t. It’s all I say back, and I keep squeezing my way through the narrow cave passage.

I have great respect for Lochness—or, as my mother liked to call him, “Nessy.” Such a stupid nickname… But anyway, Lochness understands me.

I am a Rogue like him. He doesn't like people either. But he is also terribly smart, which is why I avoid telling him too much.

He considers me his babygirl, his babyc akes. In other words, people tend to die if I told him who is pissing me off.

Being the daughter of the two Dragon Lords doesn't just mean I have two ruthless fathers. We also have normal moments too. Like fancy dinners with guests all the time.

Tonight, I knew exactly who would be attending. Besides my parents and my brother, I knew Althor, the Dragon Lord of the Horde of Fortune, must be visiting.

Althor always brought Thaddeus and Sylvan over. They were his nephews.

Luckily, Thad and Sylvan never came to the dinners—they prefer to go hunting.

Sorry to burst your bubble, sis, but there’s two more empty seats at this table. Hurry up—Dad’s waiting. Lex’s voice breaks past my thoughts, and I frown.

Thanks for the heads-up. Hey, don’t just say “Dad’s”—you always mean Hael, but Lochness is your dad too, I snap at him.

The only person I really truly speak to is my brother. I don’t even like him much either, but we have communicated since birth, so I’m used to being open with him.

Shut up. You can’t get out of this dinner, Luvenia. You need to come—

Why? I snarl at him.

I always got angry when he tried to be bossy with me.

Because this dinner is about you. Suck up your girly moods. You’re so moody all the time. Like Mother.

I’m nothing like her, I snarl back at him.

You’re exactly like her. Have you read her mind? Lex asks, sounding smug.

Well, whatever. Get your ass over here. Althor wants to ask you a favor.

Lex worries me when he mentions Althor. I don’t reply, but I head toward the meeting cave where our dinner will be served.

Whatever Althor is up to, I may as well get this over and done with.