What would you do if the man of your dreams stood before you? Leila is shocked and dazed on discovering that the masked stranger from a Halloween party, Nikoli, is the same man haunting her dreams. A man who dreams of her too...a man with whom her connection transcends this lifetime. 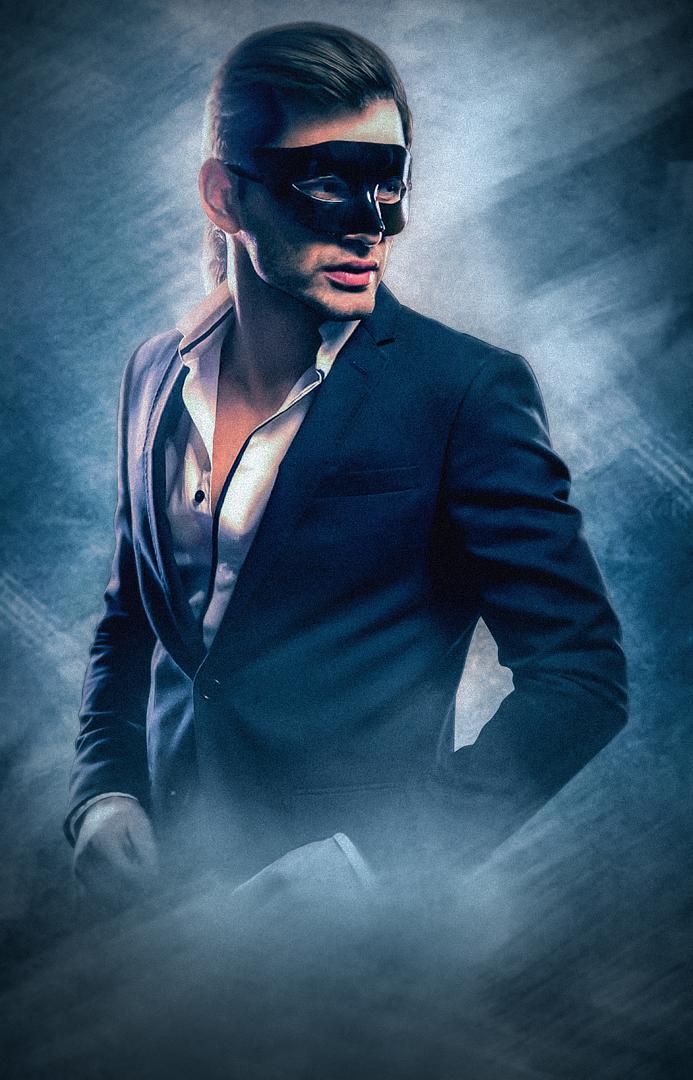 What would you do if the man of your dreams stood before you? Leila is shocked and dazed on discovering that the masked stranger from a Halloween party, Nikoli, is the same man haunting her dreams. A man who dreams of her too...a man with whom her connection transcends this lifetime.

Leila Spark turned toward the voice. She had been shoved by someone on the dance floor into an unsuspecting person.

The girl behind her sneered, an uncomplimentary look for someone with too many piercings on her face.

“Yeah, right! I should kick your ass, bitch!”

The girl grabbed Leila’s long maroon hair, tugging painfully at the roots, and used it to throw her back into the sea of bodies.

Leila stumbled forward. Her friend reached out and stopped her from stumbling into another embarrassment.

The irony of the girl’s attitude in a dance club called “The Cathedral” did not slip by unnoticed as Leila shook off the encounter.

Perhaps, she thought, the girl had drunk too much. Maybe it was an anger problem.

Leila found herself caring less about it as the cavernous walls of “The Cathedral” reverberated with the bass of a hip-hop song.

She had been here for hours, getting lost in the crowd as she moved to the beat. Time slipped away and her stress melted from her body.

The music filled her soul unlike anything else before. Nothing in her life was as freeing as this. It was as if every time she danced, she discovered a part of her that had been missing for too long.

The world disappeared as she became one with the music. Her body glistened with tiny beads of sweat, soaking the red halter top that was clinging to her like a second skin.

Her tight black jeans molded to her body and showed off her curves nicely. Her favorite red high-top Converse shoes complimented her top and felt comfortable on her feet while she danced.

As the song ended, she opened her eyes and looked around. A slow song began playing. She saw couples swaying together and scowled at their happiness.

It wasn’t that she was against romance. Just the opposite, in fact. She just felt alone in a crowd.

Leila’s best friend, Elaine Montgomery, had run off to get drinks. Looking down at her boring black wristwatch, Leila realized it had been nearly a half hour since she last saw Elaine.

The club’s multicolored flashing lights made Leila squint. They also made it hard to concentrate.

Leila walked around aimlessly, hunting for her bestie, only to finally spot her making out with a guy on the dance floor.

They were pressed together so tightly they might as well have been Siamese twins conjoined at the lips.

Elaine did not know this guy well enough to be playing tonsil hockey with him. Leila made a face.

As she made her way through the crowd of couples, she couldn’t believe Elaine abandoned her. They were supposed to be having “girl time” this weekend, but Leila felt all but forgotten.

One day, she hoped, she wouldn’t be so invisible or easily ignored. Everyone seemed to have somebody, except Leila.

A lifetime of pushing men away left her feeling empty at times. Lonely mostly. As the couples danced, Leila realized she was ready to find her dream guy, if such a man could exist.

She had last seen him in a dream two nights ago in one of the many fantasies she wrote about in a dream journal hidden in her closet.

She had never met a man like him, which would make sense because he was nothing more than a figment of her love starved imagination at this point.

Just the thought of his silky hair falling over his eyes as he skillfully made love to her body and her soul made her wet with desire.

Even though she’d never actually seen his full face, and what she had seen of him was blurry and out of focus, there were many things about him that stood out.

She bit her lip, trying to concentrate on something else. She blushed just thinking how his fiery, passionate eyes might look and full luscious lips would taste.

She longed to hear his voice and to have it forever ingrained in her memory—was it smooth like velvet with a rich honey-like tonality? Or deep and rumbly?

How she wished she knew what he looked like. She was so lost in her head, it was as though she could feel his gentle, knowing hands touching her at that very moment in front of everyone.

“So thirsty…If people would just move,” she groaned.

Leila needed someone to make her feel again, to take away the numb feeling that had taken up residence in her heart. Leila needed it to be a possibility that they could meet one day.

The ache inside her was a constant gnaw only slightly more bothersome than the dry feeling in her mouth.

She realized she was parched and made her way through the crowd to the bar to get a drink. As she waited on the bartender to ready her drink, the twenty-three-year-old contemplated her life.

As the assistant of an assistant to a magazine owner, her job was to get coffee. For everyone. The job was fast-paced and stressful. She knew it sucked, but it paid the bills and it was paying for her drink.

Leila had goals and dreams—if she could only get out of her own way. She hadn’t just lucked into her sucky occupation. It was one of many steps toward becoming an editor of her own magazine.

It was a step that had moved her from the hustle and bustle of Denver, Colorado, to the slightly less nature of Littleton, Georgia. It was a decision she still ranked as one of her best.

Unlike Colorado’s Rocky Mountains, the Appalachian Mountains in Georgia were green and beautiful.

Although she lived in a small ghetto known to the locals as “Little Mexico,” it was nestled on the side of a mountain, surrounded by trees.

She woke up to beautiful sunrises. The experience made up for what was missing at work. Things weren’t perfect yet, but she was content and felt at home for once in her life.

Most of the men she met just wanted to sleep with her, or have her support them.Those men were not her type.

She wanted a man who was independent, someone she could lean on. Leila had never truly been in love.

And she sometimes had issues with sex due to a rough childhood. She didn’t much like to think about such things, though.

Leila tilted her head back and swallowed her shot, drowning not only her current sorrows but also the images that flashed in her mind of her father and his sexual abuse. It was hard for her to go there as she had never come to terms with her feelings toward it. Therapy didn’t seem to help.

It took her a long time before she was even comfortable enough to try to have sex.

The man she had been dreaming about was the man that she needed, the only man she wanted. She wanted to feel as bonded to him as he made her feel in her dreams.

She wanted to lose herself in his eyes, his gorgeous, captivating eyes. Her every dream left her with a deep ache in the core of her stomach as reality came rushing back in.

After a while, a hollowness threatened to overtake her sense of reason.