Captive by the Mafia

Pretty things aren't meant to be broken but I broke her, and now we both have to pay the price. I'm her

nightmare, I'm her savior and now that I have her signature on an ironclad contract, I own her body and soul.She doesn't remember me, she will. It's inevitable because as much as I know I need to stay away, for fear of unlocking the memories I helped her father bury--I can't.

She was the apple in the Garden, dangled in front of me, her core so tempting and sweet. A voice whispered. Just. One. Bite. I bit, I tasted, I fell.Welcome to the world of the Russian mafia, where death is your only future. 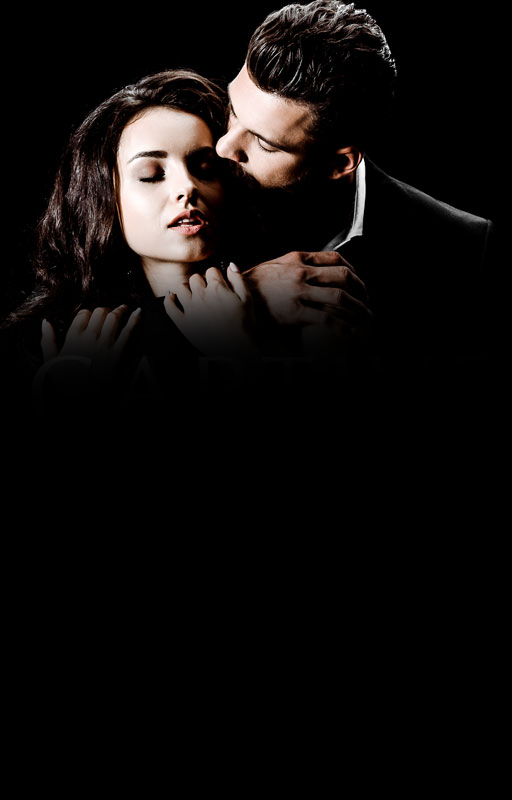 Captive by the Mafia

Pretty things aren't meant to be broken but I broke her, and now we both have to pay the price. I'm her

nightmare, I'm her savior and now that I have her signature on an ironclad contract, I own her body and soul.She doesn't remember me, she will. It's inevitable because as much as I know I need to stay away, for fear of unlocking the memories I helped her father bury--I can't.

She was the apple in the Garden, dangled in front of me, her core so tempting and sweet. A voice whispered. Just. One. Bite. I bit, I tasted, I fell.Welcome to the world of the Russian mafia, where death is your only future.

Death answers before it is asked. —Russian Proverb

She was in the waiting room… I could see her. Hell, I could smell her. After all, scent was the strongest link to memories. She was nervous, tapping a blue pen against her leg. Tap, tap, tap.

I felt each movement, heard each tap in my mind as if it were a clock ticking away, telling me our time was almost up before it had even truly began.

When she stood, her dress hugged every curve of her lush body. I should have sent her away.

An intelligent man would.

But the masochist in me needed her to stay, or maybe it was just the irritating little muscle in the center of my chest, the one that modern medicine claims cannot truly feel emotion.

For the second time in my life, I felt emotion, felt her, right in the center of my chest, as if she'd been placed there, as if it was my job to keep her safe.

I drummed my fingertips on the door, still watching, waiting. She looked irritated and reached for her phone.

With a sigh, I walked over to my intercom and picked up the phone. “Send her away.”

“I don't care if you have to wipe her entire damn memory, just make her forget. I pay you to make people forget.”

The taste of blood filled my mouth, making me feel dirty. I had no idea why I felt dirty, just that I did, that something was very, very wrong.

I blinked, but it did nothing, and my eyelashes got stuck against the blindfold. More metallic-tasting blood teased my tongue as I tried to lick across my dry lips.

I knew one of the voices belonged to my father.

Why he had me tied to a chair, bleeding—I had no idea.

Then again, he was a horrible human being, so there was that. I'd been afraid of him all my life—and now he was just proving to me how deranged he really was.

Two more years and I'd run away.

Two more years and I could go to college.

It was the one thing he promised me.

College—as long as I paid for it on my own.

I clung to the thought of escape even as I felt a heaviness descend upon the room.

“Damn it, Petrov, she's sixteen. Just bribe her with a new car.”

“No.” My father swore in Russian. “She is a liability. Make it go away or she dies, and her death will be on your hands.”

My breath hitched in my chest.

Was my father capable of that? Of killing me?

Yes. I knew in my soul he was.

Because he had no soul.

“Fine,” the smooth voice said in a low whisper, “but I work alone, leave me.”

Shoes clicked against the ground in rapid succession.

And I was alone.

I lifted my chin in defiance. I wasn't going to give into fear, even though it was a real tangible thing, licking across the back of my neck, causing hair to raise all the way down my arms.

I was a Petrov.

Maybe this was my father's way of punishing me for sneaking out last week. But I'd wanted freedom.

Something. Anything to feel alive.

To escape the black and white life that had been built around me, the crystal castle that dared me to throw something against the wall just so I could feel the break.

A warm hand cupped my chin. “You're beautiful. I think that's the first thing we should establish.”

I refused to respond. He'd have to do better than that.

“Second,” his hand dropped. I hated that my face felt cold without it there. “This is going to hurt, but you won't remember anything afterward, not even the sound of my voice.

Almost as young as me but that would be impossible.

His voice was both smooth and gravelly as if when he spoke he had to fight to keep the words from sounding too pretty—maybe it was because what he did was ugly.

“I'm Russian.” My answer to everything.

“What?” The first slice of pain against my arm was like getting a really deep paper cut. I hissed out a breath and tried my best to glare through the blindfold.

“The first cut,” he said smoothly, “Is always the easiest because you don't expect it.

“But there's always a second.” A slow burn trickled down my wrist and then severe pain hit me again, this time on my other forearm. “Even the second isn't so horrible, because who only makes one cut?

“It's almost more expected than the first. But the third…” He made another slice this time on my open palm. “Is the worse because that's when you realize… it's only just begun.”

“You're right about one thing… you've done nothing wrong. Except, you were born, and that… according to your father… is a problem.”

“And second?” I asked in a calm detached voice, already trying to climb into myself so I wouldn't feel the stinging sensation or the warm blood trickling down my arms.

“It takes experts seventy-two hours maximum to brainwash a person, to wipe their memory, to make them a whole new individual.”

“So?” I croaked, jerking against the chair.

My heart slammed against my chest.

Warm lips brushed against my ear. “The minute you were brought in… you were already broken.”

I will break you.

I shivered and looked at my clock.

It was time to call in a favor. I was tired of the nightmares, but more tired of putting my life on hold… I needed to finish my research if it was the last thing I did.

So, with dread, I picked up my cell and dialed my father's number.