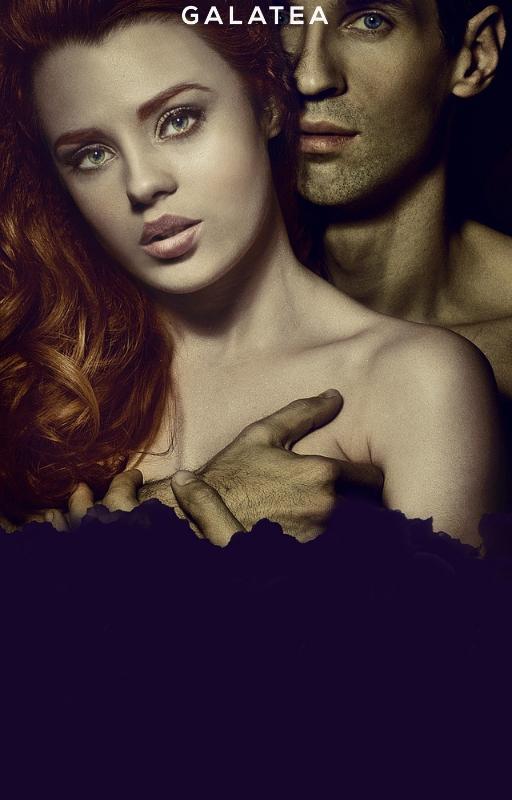 I was staring at Connor, my best friend, my favorite musician, the love of my life, as two men held a gun to his head.

I tried to make out their faces, but they were shrouded in the dark. Only their mobster outfits, their long trench-coats, and gleaming black sunglasses stood out.

But it was too late.

A moment later, I heard a click and the roar of gunfire as Connor slumped down in front of me. Dead.

He turned and aimed his gun at me.

For a moment, I was sure I could see my assailant’s face.

His rough jaw...his ocean blue eyes...his smoldering looks...how could I possibly be attracted to the man who had killed my boyfriend, who was about to kill me next?

His finger curled around the trigger, the last noise I heard was a loud BANG and–

I screamed. Woken again by the same memory—the worst night of my life; the night I lost everything.

My sheets were soaked through with sweat. How many times had I had this nightmare in the two years since Connor was killed?

Too many to count.

I hugged my bare knees to my chest and rocked myself forward, wiping the tears away with my forearm.

Of course, that wasn’t how it had happened in real life. We’d been on stage in a local dive, Connor playing guitar, me singing, when the lights went out and I heard the gunfire.

I don’t know why I always pictured these two mobsters, talking to me, threatening me, but I guess that was just how my mind made sense of the senseless.

When someone you love is taken from you, it’s like your world has ended.

The hardest part was not knowing who really shot Connor or why. Why would anyone want to hurt someone so pure and good?

All I could think about were those shadowy men with their trench coats and dead-eyed stares. The ones who looked like mobsters.

Why they would have wanted to kill Connor, I had no idea.

But somehow, I couldn’t shake the feeling they were responsible.

I looked around my messy bedroom, at the clothes thrown everywhere, old plates of food, lipstick-stained wine glasses—a real pigsty.

It was all I could do these days to haul myself out of bed.

But even when someone you love dies, life keeps going, and you have to carry on.

I swung my legs over the side of the bed and made my way over to the bedroom door, my knees and ankles cracking as my legs began to wake up.

I reached the stairs and made my way down to the kitchen, hoping somehow it had been cleaned while I slept, and I wouldn’t find it in the same state as my bedroom.

I was wrong. If anything, it was worse. The smell definitely was.

It smelled like a burnt strawberry Pop-Tart, and there was a good chance that was exactly what it was.

Elisa, my best friend and Connor’s step-sister, promised she would come over soon to give me a hand with cleaning.

Elisa Rhodes was as good a friend as any girl could wish for. Crazy, passionate, and devoted. A real keeper.

With her blonde wavy hair, doe eyes, and her full lips always sporting a wine-colored shade, she was most men’s idea of sexy. Unlucky for most men, Elisa had a boyfriend.

She was never very good at keeping them.

After Connor’s death, we had become extremely close. We each knew what the other was going through.

Though, some days, like today, it was hard to remember that.

Still wearing nothing but a Hello Kitty pajama top I should have thrown away years ago, I filled up a glass of water from the tap, the sink below overflowing with dirty dishes.

I took a gulp, hoping to clear my head.

“Morning, darling!” my mom called, wandering past me into the sitting room in her bright orange dressing gown. “Any chance of getting some of those dishes cleaned today?”

“Yeah, sorry, Mom, I’ll make sure I get to it this afternoon.”

It was at that moment, as I was cursing my luck, a letter plopped through the mail slot.

As I headed over to retrieve it, I recognized the emblem on the envelope:

But why were they sending letters to me?

“Mom…?” I began, following her into the living room with the letter in my hands.

“That’s a bit unusual nowadays, isn’t it?” my mother teased.

“It’s from Santoro Court College,” I replied, still stunned, my eyes unmoving from the emblem on the envelope.

“Santoro, really?” my mom answered, her high-pitched response mimicking my own surprise. “You didn’t tell me you’d applied there!”

“That’s because I didn’t,” I mumbled, confused as I tore open the letter and read quickly. “That’s strange. It’s not about enrollment. It’s an interview for an internship there.”

“An internship?” my mom asked, even more surprised. “I didn’t realize you were looking for employment.”

I didn’t know what the hell was going on. Ever since the shooting, I’d mostly stuck to myself, staying in the safety of my home, doing remote work and digital odd-jobs.

The idea I would have to venture out into the real world…it was scary. But also exciting.

Why had Santoro Court College given me an interview for an internship I hadn’t even applied for? I intended to find out.

LILYElisa, Guess what
ELISAwhat?
ELISAcome on! spit it out.
LILYI’ve got an interview for an internship at Santoro Court College!
ELISA😲
ELISAOMG Lil that's amazing, that place has an awesome reputation.
ELISAwhy didn’t you tell me you applied????
LILYI didn’t apply! That’s the weird thing
ELISA…
ELISAspooky!
ELISAwhen is it?
LILYTomorrow at 2
ELISAGood thing I’m free 💁🏼
ELISAI’ll come over and make sure your hair isn’t all over the place as usual
ELISAP.S. wear the red bra we bought last week, can’t hurt your chances 😉

“Hi, I’m here for the interview. The one at two o'clock.” My voice shook slightly as I spoke to the receptionist, already feeling like an imposter before the interview had even begun.

Did they think I was someone else?

Why had I, Lily James, been invited to interview for an internship at one of America’s most prestigious schools when I hadn’t even applied?

And the building! With its dark wooden fixtures, Renaissance paintings, and overbearing statues, it was without a doubt one of the most lavish places I had ever had the pleasure of being in.

I smoothed down my skirt nervously, wondering when the last time I’d washed this one was.

“Excellent! You're right on time. The elevator is over there in the corner, Mr. Santoro's office is on the eleventh floor—you can't miss it!”

The drop-dead gorgeous receptionist flashed me her perfect smile, and I made my way toward the elevator doors.

Mr. Santoro… So, that was the name of the man who was about to interview me.

But why me? Still, I did not know.

I stepped inside and thumbed the number eleven. Top floor.

I let out a nervous breath and checked myself in the mirror.

To give her credit, Elisa had done a brilliant job. My hair looked amazing, tied up in a serious bun, and my cleavage…

Well, as long as Mr. Santoro was straight, I stood a pretty good chance.

A high-pitched ding announced the elevator had reached its destination.

I took one last deep breath and stepped out, trying my best not to trip over in my heels.

I should have just cut my losses and worn pumps.

An extra three inches wasn’t going to get me the job!

The receptionist was right—you couldn't miss Mr. Santoro's office. We were in the eaves of the college, and there was only one door on the eleventh floor.

A gold plaque on the door read:

I knocked, the sound of my knuckles echoing through the empty hall.

Nothing. No response, only silence.

Just as I was about to check if I had gotten out on the right floor, an answer:

“Are you just going to wait outside?” The man’s voice reverberated through the closed door with the force of a lion.

What kind of man could make such a noise?

I couldn’t shake the feeling that coming here had been a giant mistake.

Even so, I drew myself tall and entered the lion’s den.

When I saw the man who stood before me, my jaw hit the floor.

He was a stack of muscles, and tattoos, and surging masculinity. Six-foot-five easily. With coffee black hair, and deep blue eyes.

Eyes that reminded me so much of my nightmare…

As if the man before me was the man responsible for killing Connor, for haunting my dreams, for making my heart break into a million pieces…

And, strangely, making me wet at the same time…

But that couldn’t be possible, could it?

The man who stood before me looked more like a mob boss than a college president!

He’d clearly just finished a workout. Sweat stained his grey Adidas tracksuit, and his muscles bulged. It was hard not to be intimidated by his form.

“Hello, Mr. Santoro, I’m Lily.” I could barely get the words out.

I was still in shock from the incredible good looks of the Adonis who stood before me.

“I won’t remember your name,” he responded, with a strong Italian accent and a dismissive wave. “What are you here for?”

I should have been offended. I should have turned and walked out the door without looking back. But I was frozen.

The man possessed me with his eyes, checking out every inch of me, from head to toe.

His blue eyes lingered on my breasts for what seemed like an eternity.

Elisa had been right about the bra.

Normally, it would have thrilled me for a man who looked like him, with his distinguished jaw and broad, heaving frame, to look at me for so long.

But with this man?

With this man, it was impossible to feel comfortable. His eyes burned into mine with the intensity of a fire.

“I’m here for the interview,” I told him foolishly.

His lips stretched into a smirk.

“Good,” he said, cocking his eyebrow, looking dangerous but also sexy as hell. “Let’s get started.”

And with that, Elliot Santoro stood up, took off his shirt, and began to step toward me.