Young cop Liz Howard’s single goal in life is to take down the infamous Rayburn cartel. She never counted on them taking her down first, erasing her past, changing her name and her face, and marking her with the family tattoos—in order to save her life. Liz Howard never knew what she getting into. Can Liz Rayburn cheat death and even get revenge for everything she’s lost? 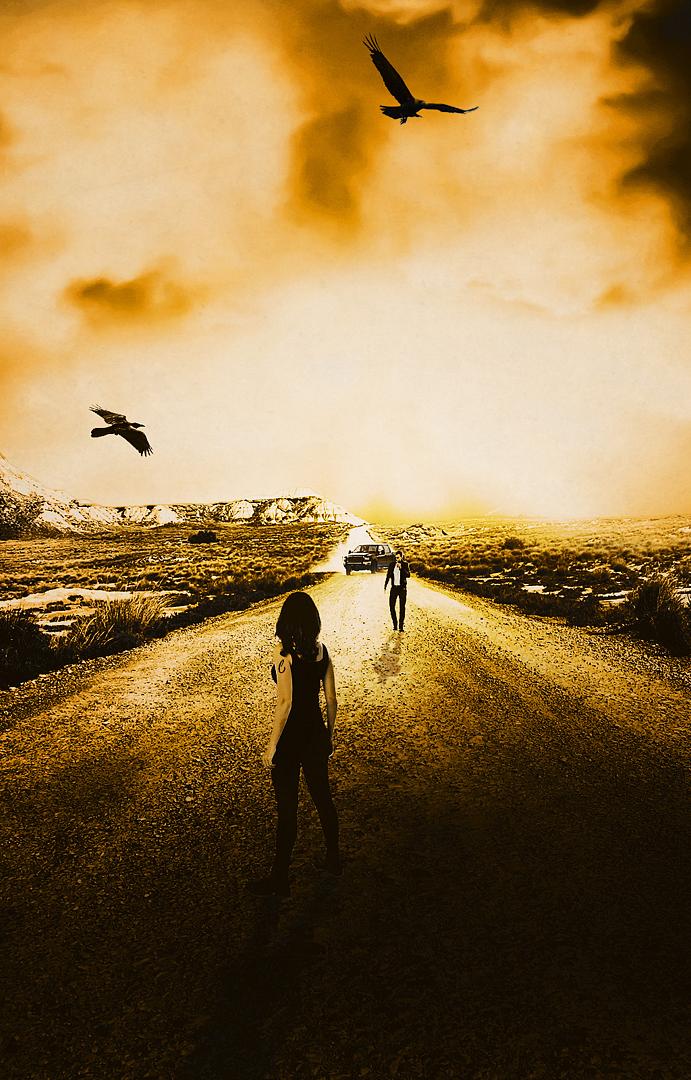 Young cop Liz Howard’s single goal in life is to take down the infamous Rayburn cartel. She never counted on them taking her down first, erasing her past, changing her name and her face, and marking her with the family tattoos—in order to save her life. Liz Howard never knew what she getting into. Can Liz Rayburn cheat death and even get revenge for everything she’s lost?

Pain shafted through Liz’s brain and she groaned.

She slowly got to her knees, but she remained unable to lift her head as nausea roiled in her stomach, the bitter taste of bile strong in her dry mouth.

She hadn’t been this hungover since the night she graduated from the police academy and fell prey to her half-sister’s evil influence. Riva was four years older than Liz and her best friend.

She tried to open her eyes, but the blinding light made it impossible.

Even with her entire body aching, her tongue sticking to the roof of her mouth, and the early morning sun beating relentlessly down on her, she realized she must have been really drunk because she was only wearing panties and a bra.

She gained more feeling as the sand under her knees and arms registered.

Was she at the beach? How did she get there? Wasn’t it fall in Boston?

Something wasn’t right. If only she could think past the throbbing in her head.

She sat fully upright. The world took a slow spin, and she almost keeled over but overpowered her weakness. She had to open her eyes to see where she was—she could be in danger.

It took several tries before her blurry vision settled into cohesion, and adrenaline kicked through her system, rapidly dispelling her symptoms.

Horror slammed through her as healed tattoos on her left upper arm and below her navel brought reality crashing in.

She didn’t have to see the rest of her body to know she also had a tattoo on her back, just above her buttocks.

She’d seen these markings on grainy surveillance photos of the Rayburn Cartel Members, and these were not just any markings—these tattoos belonged to the Rayburn men’s wives.

Only two of Christopher Rayburn’s sons were unmarried—sixteen-year-old Lucas and thirty-year-old Caleb.

Even as she turned her arm to take in the tattoo fully, she recognized Caleb’s insignia with the runic C overlaid with a stylized R.

After Christopher retired in 2018, Caleb became the patriarch of the Rayburn family—the international man of business whose law degrees, savvy, and connections kept him ten steps ahead of law enforcement agencies.

People warned her when she took on this case, but her involvement with the Rayburn family was inevitable.

Christopher Rayburn was the man she, her mother, and her sister had hidden from for the last twenty-two years.

He was the reason her father died in prison, a broken man who turned out to be a stranger who not even his wife truly knew.

The first day she started investigating the Rayburns, she received a bouquet, and the card simply read: Leave the Rayburns alone or you’ll regret it, daughter of Elijah.

No one at the precinct realized she was Elijah McGrath’s daughter. To them, she was just Liz Howard from Edenvale.

The card shook her to her core, and she shredded it before dumping the flowers in an outside trash can. She had hated lying to her curious colleagues, shrugging it off as a “thank you” from a former colleague.

Then again, she should have been used to lying to them. She wasn’t Elizabeth Howard, and her parents didn’t live in Edenvale. Her mother was not a teacher, and her father had not been a military man.

Her mother lived in Glenwood with her sister. She used to be a Harvard law professor, but she was an accountant working from home these days.

The wind stirred a strand of hair into her face. It was not the shade of blonde she had dyed it for the last four years.

Instead, it nearly perfectly matched the dark-brown of her natural color, and the usual irritation of the colored contacts, which made her eyes seem grayish-blue, were absent.

Without them, her eyes were the same intense azure as those of her mother and sister.

She spotted a black rucksack lying close to her and scrambled over the sand, hoping it contained clothes. She glanced up and froze with her hand on the leather bag.

This wasn’t a beach, but the desert.

The far-off drone of a car caught her attention, and shielding her eyes against the sun, Liz made out a road in the distance.

She dumped the bag’s contents on the sand and gratefully recognized sunscreen. After wiping the sand off with a small towel, Liz quickly rubbed the expensive moisturizing sunscreen over her sensitive skin.

She yanked a tight black T-shirt over her head, hastily pulling on the designer leather pants and leather boots. This was typical Rayburn attire. They even provided sunglasses, aspirin, and water.

She took a few careful sips before inspecting the bag’s contents. The care and thought someone took to provide these things made her frown.

She discovered a wallet with 500 dollars, a driver’s license for Elizabeth McGrath Rayburn with her correct date of birth and ID number tucked inside, and a photo of her mother and sister sitting on their porch in Glenwood.

The wallet and photo were a threat—they’d found out who she was and where her family lived.

There was only one way they could have learned that. They owned someone in witness protection or higher up.

This meant they had always known where the McGrath family was and could have reached out to end them all if they were so inclined.

Her frown deepened. Why hadn’t they? What stopped them?

“Damn it,” she groaned, pain shooting through her brain.

She zipped open a pouch and stared at the rolls of cash with shock, reckoning it was about 100,000 dollars. She put it down as if the money burned her.

A small envelope with her name in the elegant hand of Muriel Rayburn, Caleb’s mother, drew her attention.

She’d seen this refined old-fashioned penmanship on the handwritten invitations the fifty-two-year-old social dynamo sent to her family and friends before each social event.

Born Clarke, Muriel Rayburn was a wealthy heiress and one of Boston’s elite. Her birthright gave Christopher Rayburn the legitimacy of running his cartel under the guise of a “legal” business empire.

Welcome to the family. Caleb made a wise choice. It is time Elijah’s daughter found her proper place in our world. This ring belonged to my grandmother, and I suggest you wear it to show your good faith. Muriel.

The ring was attached to the card inside a small envelope, and she wanted to cast it into the desert but suspected that would be a very foolish move. She slipped it onto her ring finger with distaste.

She opened the black binder with a sense of foreboding, and her world crashed to a standstill as she realized that threatening her family had been unnecessary: Caleb Rayburn had killed off Elizabeth Howard.

The memories came in flashes.

The first image was of her taking the lead on a Rayburn warehouse raid.

Entering the building but realizing a moment too late that the two officers with her had not followed her inside; she had turned her head to see the door swing shut.

Her earpiece had buzzed with static, then stopped as the world exploded into white light. Her ears had rung like bells in a church tower as she lay on the ground staring up at the roof.

A shadow had fallen over her, and before she could orient herself to move, the sting of a needle into her upper arm had turned the world to darkness.