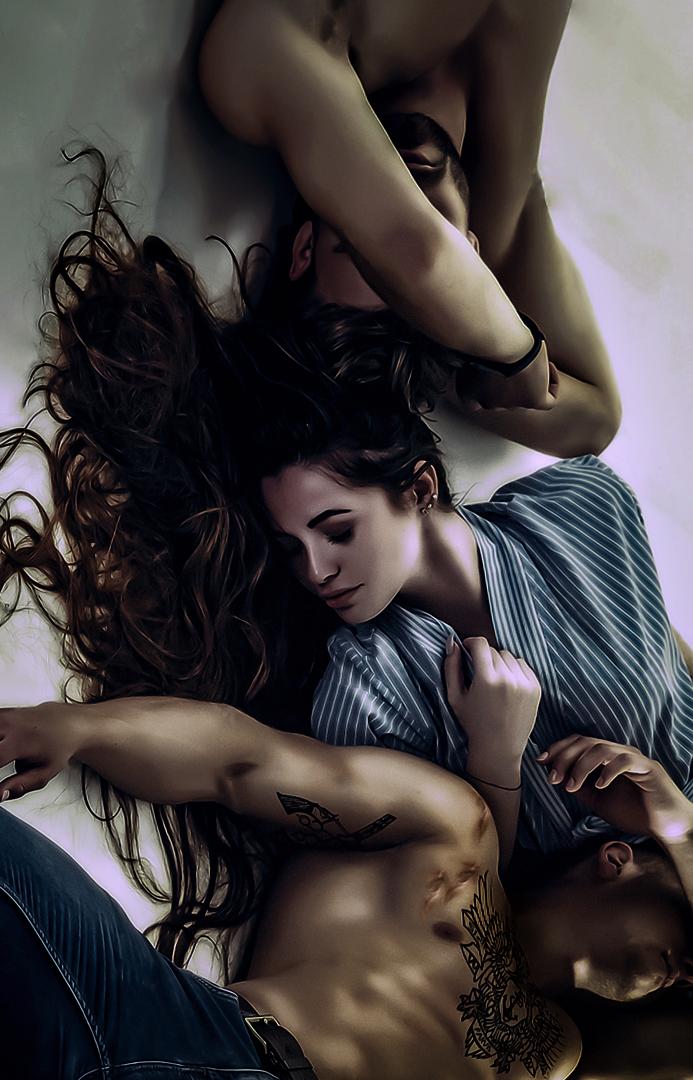 Book One: Falling for the Mafia Brothers

Kyle sat in her car dreading the start of her shift at the bar. She knew the shift was going to be nothing but drunk idiots, but she needed the job. She needed to help her brother clean up his life.

He got involved in some shady shit, and her goal was to help him clear up his debt so he could move on with his life.

She felt as if it was her fault that he fell into the wrong crowd. After all, he mostly raised her and didn’t know how to provide for the two of them.

She got out of the car and headed toward the bar. The bar was already packed, which meant she wouldn’t have time for a breather. She went to the back and clocked in.

“I hope you’re ready for tonight. There’s a bachelor party here, and they’re already rowdy,” Jess warned Kyle as she clocked out.

Since Jess was leaving, it meant Kyle would have to deal with that party. Jess was one of the waitresses she got along with.

Jess was trying to pay her way through college. She knew what she wanted to do with her life, and Kyle was jealous of that.

“Don’t let them disrespect you. Put your foot down if they get rude or handsy,” Jess chided her.

“I’ll try, but you know they never listen,” Kyle yelled at Jess as she walked away.

She was always intimidated by people. Kyle didn’t get out much. She went to work and went home. This wasn’t her ideal job, but she needed to help her brother.

He tried to take care of her after their mother’s death, but he was never good with money.

The majority of his men were already drunk by the time Max showed up at the bar. Andrei was getting married in a few weeks, and the guys couldn’t wait to use it as an excuse to party.

As Max approached the table, a cute brunette was waiting on them.

He recognized her from a photo he had, but the picture didn’t do her justice. He thought she was beautiful and knew he could have fun with her if he brought her home.

“Is there anything I can get you, sir?” Kyle asked him.

“Just surprise me with something you have on tap,” Max responded.

“All right. If you guys need anything else, my name is Kyle, and I’ll be your waitress for the rest of the night.”

Before Kyle walked away, one of the guys made a rude comment and tried to grab her.

Of course Sev would be the first one to be inconsiderate. Sev couldn’t control himself when he had too much to drink.

“Cut it out, Sev. Show the girl some respect.” Sev looked at him with a glare but knew not to test him, and Max was thankful; he didn’t feel like disciplining one of his guys on a night of celebration.

“Don’t worry about it. It happens all the time,” Kyle responded as she walked away.

Max didn’t know why, but it made him angry to know that guys disrespected her. He didn’t want her to have that kind of attention unless it was from him.

Kyle couldn’t believe that he stood up for her, that he apologized for the way his friend was behaving. Maybe tonight won’t be so bad, she thought to herself.

She thought the guy who apologized was attractive.

His dark hair was a little messy. The wind-blown look really worked on him with the stubble he had going on. He had a bit of an accent, but she couldn’t pinpoint it. Most of them had a slight accent.

She went back to the bar and put the drink orders into the system, and while she waited for the drinks to be completed she kept her eyes on the man that spoke up for her while attending to her other tables.

The bar was always understaffed, so she had to make sure to keep moving so no one could complain. Moving around forced her not to linger too much in the area she would glance at every once in a while.

She headed back to the bar to grab the tray of drinks and walked over to the bachelor party.

She started sitting them down one by one when her waist was grabbed by someone and she was pulled into a lap.

“Come on, pretty lady, just give us a small show.” The man she remembered as Sev tried to pull down her shirt. She fought back and dumped the rest of the drinks on him.

“You BITCH!” Sev stood up and raised his first, and Kyle knew she couldn’t do anything but prepare for the blow. She closed her eyes and waiting for it, but it never came.

“I told you to knock it off, and you didn’t listen,” Max said. “Mike and Jason—teach him a lesson.”

Max turned to Kyle. “Are you okay?”

Max didn’t know why he was introducing himself to her; she would find out who he was anyway.

“Kyle,” she responded, shaking his hand. “Thanks again.”

Kyle walked off toward the back. She wanted the night to be over with. She wanted to go home and try and forget tonight.

“Did you take care of Sev?” Max asked Mike.

“Yes. We gave Sev a good beating, and he’s been with the doc the majority of the night.”

“We also tried to collect from Ryan Jackson. He didn’t have what he owed us.”

Max was angry; he had waited too long to be paid back by him.

“We’ll visit him tomorrow, and we’ll either deal with him or take something important to him.” Max had a plan to take Ryan’s sister. He'd always had a thing for innocent girls.

And after tonight, he realized how innocent she really was.

The next morning, Kyle was at home having breakfast with her brother when there was a knock on the door.

“Stay. I’ll get it.” Her brother got up to answer the door. He was gone for a few minutes when she heard arguing and decided to head into the living room.

She saw a few guys with guns, and she recognized these men from the bar.

“Ryan, what are they doing?”

Before Kyle could answer, someone walked through the door.

“Now, why would I want that?” Kyle’s eyes got big; it was the guy who made sure she was okay last night. She was embarrassed and felt stupid.

She thought Max was nice, but he knew who she was and had an ulterior motive

“I’m here to collect my debt, Ryan. You’re severely behind, so I’ll give you a choice. You can either let one of my men shoot you, or I can take your sister, or you can give me my money.”

“You can’t take her, and I don’t have all your money,” Ryan yelled.

“Then I guess you’ll get shot.” One of the guys cocked their gun and pointed at Ryan.

Ryan was hoping Max was bluffing. He was afraid that if they shot him they would still take Kyle as collateral.

“I have some of your money,” Ryan said in a panic.

“It has to be all of it to get out of this,” Max informed him.

“If she goes with you, what will happen to her?”

“She’ll be mine,” Max said. “She’ll be treated like a queen if she behaves,” he added with a smirk.

“There has to be another way. I can help him pay back the debt,” Kyle said.

Those were the last words she heard from her brother before she was forced out of the apartment and into a waiting car.