Fate of the Fathers

Jenna returns to her childhood home to rid herself of the sad memories of her past, but her plans go awry after a fateful meeting with a new vampire friend—and the events that unfold during a full moon... 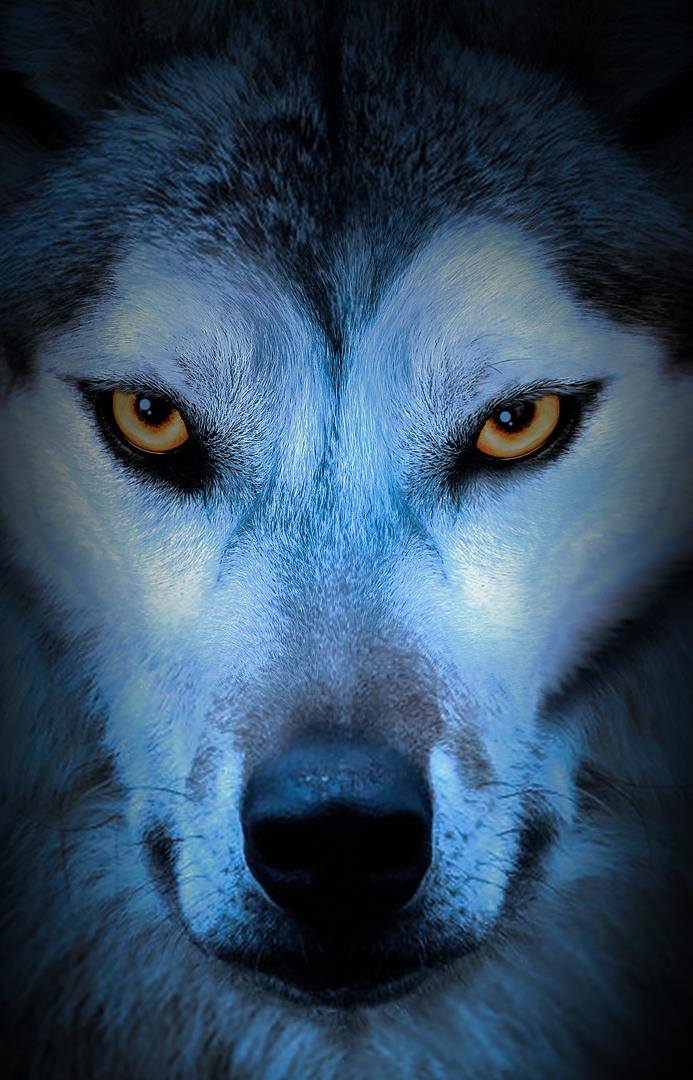 Fate of the Fathers

Jenna returns to her childhood home to rid herself of the sad memories of her past, but her plans go awry after a fateful meeting with a new vampire friend—and the events that unfold during a full moon...

Jenna Glynn stepped off the bus and swung her backpack up over her shoulders. Under any other circumstances, she would have been thrilled to be returning to the place she had once called home.

She knew that everything would be different.

People would have moved on—even if she hadn’t.

If there were any still around who remembered. The coastal town of Lincoln City, Oregon, had grown significantly, and it was doubtful that she would run into anyone who might have known her.

Then again, those things had a habit of showing up out of nowhere. Maybe the only thing that would save her from recognition was how much one changes between the ages of eleven and twenty-one.

As though it had been yesterday, she immediately turned left at the small bus stop and began walking parallel the coastal highway.

Her feet seemed to have a mind of their own, and they set the pace toward the destination.

She kept her head down, baseball cap on. Her naturally wavy auburn hair framed her face, partially obstructing anybody from getting a clear view of what she looked like.

There really wasn’t a reason to hide. It was just the way she preferred it. There was very little that was more awkward to her than running into someone from her past.

At least, if it was coming from the past that occurred here.

A breeze drifted off the Pacific Ocean, smothering her with the aroma of salt and fish. Normally, she would have found it a calming reassurance.

Her only thought was to do what needed to be done and get the hell out of there.

Another turn to the right. She could see the ocean again. It had been stalking her for the last while of her journey, but she had diverted her eyes.

It was too great of a reminder of everything she had once had.

Heat and moisture pricked the edge of her eyes, and she turned her mind away from the thoughts that came unbidden. There were times and places for crying. This was not one of them.

Her feet navigated on their own, turning left as the neighborhood road came to a T.

Most of the homes here still looked the same. A few had been updated, no doubt in need of new roofs and siding after years of having the coastal weather and ocean spray wreak havoc on them.

A few more beach houses, and then she felt the dread rise inside of her like bile. She had half a mind to turn back. Run to the bus stop and beg them to let her get back on.

The only problem was that she had limited funds with her and needed to be careful about how much she spent. She had enough for a few trips into town and for food and necessities. That was it.

She felt it before she let her eyes actually take in the sight of her old family beach home. It whispered to her of the memories she had there with her parents.

Endless hours playing on the beach, family movie nights, riding a bike for the first time, the normal mishaps and accidents that came with any childhood.

Until the fatal incident.

Jenna realized she had been standing on the driveway, staring at her feet for the last few moments, unwilling to look up at the shingled cottage.

Sand mingled with rock and moisture, resulting in a crust on the edges of the drive.

Out of the corner of her eye, she knew without fully looking, the berry patches and tall grass outlined the driveway. Then there would be the boarded path to the deck along the left side of the home.

There, she knew, would be the main door, and it would lead into the kitchen.

One step at a time though.

Finally, Jenna allowed herself to look up and fully take in the sight of the home.

She wasn’t quite sure what she had expected to feel. Maybe pain and sadness, knowing that she would walk through those doors and nothing would be the same, just as it had been the last time she had been here.

Perhaps anger and frustration at everything that had happened to her since her parents’ untimely demise, leaving her to fend for herself in this rough, unforgiving world.

But now she realized she didn’t feel any of those emotions. In fact, quite the opposite.

She didn’t feel anything.

It was almost as though some stranger had inhabited her body and she was now seeing everything through their eyes.

The roof had been recently reshingled. The siding changed color.

Planter boxes filled with vibrant-colored flowers and foliage were scattered along the edges of the house, pathways, and decks.

A new garage door, but that wasn’t surprising. The old one had practically been in splinters, glued together.

The light above the garage door was new, but turned off, most likely on a schedule based on a sensor, turning on at night and off during the daylight hours.

Wind chimes on the corner of the house made gentle melodic tunes as the breeze swept off the ocean.

Jenna had known that her aunt and uncle would change things.

They had taken full responsibility for the home the last ten years. Although no one in the family wanted to live there after what happened, they had rented it out to people wanting to vacation on the Oregon Coast.

It was a prime location and property. Easy drive from Lincoln City, private beach access, and roomy interior.

No doubt the inside had also been remodeled to keep up to date with all the demands of modern vacationers.

Then Jenna’s aunt had been diagnosed with cancer, and she decided that maintaining the beach home would take too much money and time to be worth it.

That’s why Jenna was here. The home had been placed back in her care to do with as she wished.

Her original plan was not to come back here at all, but her aunt and uncle had encouraged her to do so.

“It’s been ten years, sweetheart,” Aunt June said, pouring two cups of coffee and handing one to Jenna. “Other than the frame and location, it’s practically a different home. It might bring you some closure.”

“I have closure,” Jenna lied, her gaze focused on the swirls of cream in the mug.

“And I don’t have cancer,” her aunt returned, smirking. “After you visit, you can decide what you want to do with it. Consider it the dying wish of the woman who’s raised you these last few years.”

She hated it when her aunt pulled that card. She did it every so often, knowing that Jenna wouldn’t be able to refuse when she did.

Aunt June wasn’t even dying. She was having good success with the chemotherapy. Apparently, that wasn’t the point though.

Jenna took in a shaky breath and walked down the angled driveway. She hated to admit that her aunt and uncle had done well with the remodel and upkeep. It was practically a new home.

The sound of her footsteps changed as she stepped onto the boarded walk and climbed the three steps to the porch.

This used to be her favorite part of the beach house: the porch that wrapped around two sides of the home.

Already she had a clear view of the ocean and the endless horizon. Yet, all she felt was emptiness.

To the left of the boardwalk, a dirt and sand path angled away and acted as the private beach’s access point.

It wasn’t a long path, but the house did set back and above a ways from the beach, so it was a trek to get down it.

Unless you had walked it nearly every day of your first decade of life—then it was second nature.

The path paralleled a small ravine that also contributed to the sense of privacy that shrouded the home.

There were neighbors to the right and across the street but none to the left. Instead, a creek and thick foliage offered inviting sounds of nature.

Jenna turned and stood in front of the door for a brief second before putting the key in the lock and turning the handle. It opened easily, and with weights in her feet, she crossed the threshold.

She wasn’t sure what she was expecting when she stepped into the dimly lit kitchen. Maybe the ghosts of her long-lost parents haunting her?

Or perhaps destruction and chaos, like she felt burning inside her the day the police showed up to tell her that she would never see her parents again.

Instead, she observed the cozy, modern kitchen counters and sink. The new stove and dishwasher. A dark mahogany table with six chairs in the dining room.

Throw rugs, blankets draped over the couches, and artistic images of rocky shores and abstract colors framed on the walls.

The overhead lights were turned off, and most of the blinds were closed on the windows.

Despite the low light, she could almost imagine as though a family lived here, and they had just gone to town for groceries but would walk back in at any moment.

She felt the disconnection. She no longer belonged here—a stranger, walking into someone else’s home. Someone else’s life.

Jenna closed her eyes and willed herself to feel something other than lost, but still there was nothing.

She slid her backpack off her shoulder, and it hit the kitchen floor with a soft thud.

She probably should have packed more items but thought, with the full-day journey by bus, it would be simpler to pack her necessities in a backpack.

It had been, but she would still need to buy clothes if she was going to be here more than a couple of days. Hopefully, it wouldn’t take that long to meet with a realtor and go over financials for selling the home.

That was her main, and only, order of business here. Then she would move on and forget the past that continued to haunt her.

Jenna avoided the upstairs completely, knowing that the bedroom and bathroom up there had belonged to her parents. She opted to stay in her old bedroom on the main floor, next to the main bathroom.

The partial upstairs, an open-plan main floor, and a partial basement with windows and a sliding door that led to a patio with full views of the ocean. It was the perfect size for a small family.

But now it was just her.

She settled her things into the bedroom, which, something she was also grateful for, had been completely remodeled.

The small twin bed she had slept on had been replaced with a comfy queen.

The walls, a former pastel purple, were now white, which made it feel more open. It contrasted nicely with the turquoise and yellow accents of the comforter, pillows, curtains, and artwork.

A plush rug covered a large percentage of the hardwood floor.

Back out in the living room, Jenna opened the blinds on the windows and opened the door to the deck, stepping back outside.

Resting her elbows on the rail, she closed her eyes and focused on the phrase that was quickly becoming her new mantra.

“One breath, one step, one day at a time,” she whispered to the waves and wind.