For the last two years Nix has been held captive by the pack that slaughtered her own. Abused and tortured daily, she thought that her end would come at their hands, but then one moment of carelessness leads to her freedom…and their brutal deaths. Now she’s an Alpha Female without a pack, but the whole world will soon know her name. 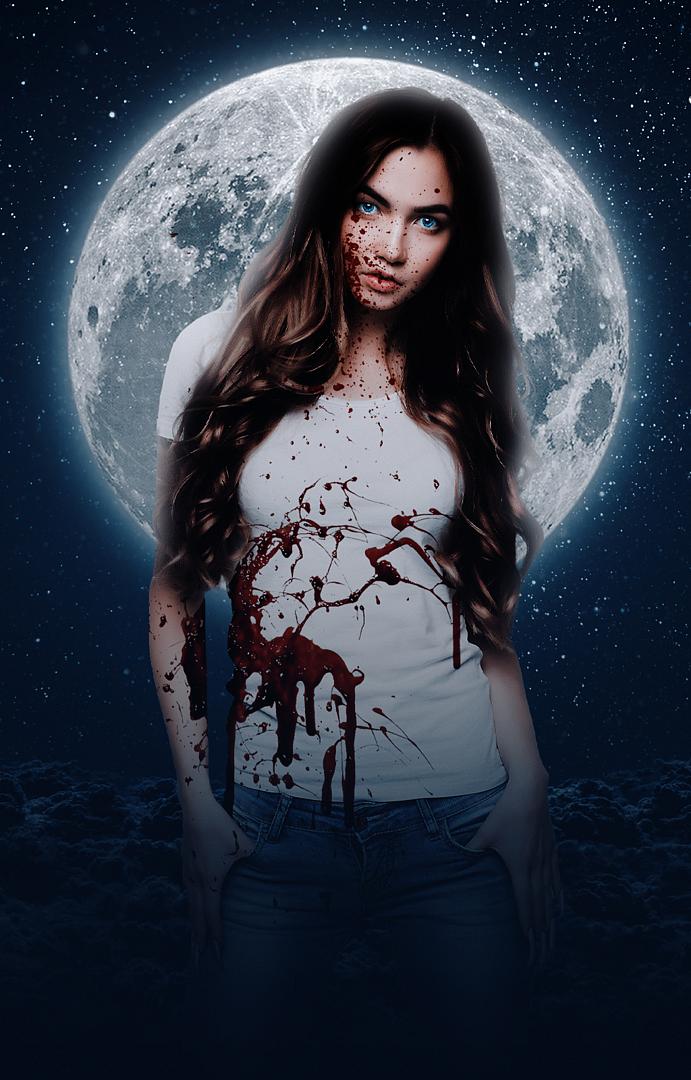 For the last two years Nix has been held captive by the pack that slaughtered her own. Abused and tortured daily, she thought that her end would come at their hands, but then one moment of carelessness leads to her freedom…and their brutal deaths. Now she’s an Alpha Female without a pack, but the whole world will soon know her name.

That’s when people are at their most alert.

With it comes darkness.

The humans take their children inside and lock their doors, staying warm by fires and watching their shows. As werewolves, we don’t lock our doors, but we have safety precautions in place.

Guards patrol our perimeters. We have magical wards—some of us even have witches who can see ahead of time and warn us of what’s coming.

That’s when we are at our most alert.

That’s why we never saw them coming. Not until it was too late.

Vicious, bloodthirsty weres who don’t live by pack rules, who kill for the fun of it: They are our monsters of the night. They are who we protect our lands from, who we warn our pups about. And they are who came.

Not at the dead of night. No, they attacked in the middle of the day.

Because every were knows, nightfall, that is when we are at our most alert.

I’m awoken by a girl’s screams. It’s hard to tell who it is, but I can hear her loud and clear. I drag my sore limbs from the thin mattress on the cold stone floor and amble toward my cell gate, careful not to touch the bars made of silver.

I cringe as I hear another scream bouncing off the walls and silently pray to the moon goddess for whichever of my cellmates is being tortured.

I don’t remember much of my past life anymore, even though it’s only been two years since I’ve been a prisoner.

I know this because each year they make it their business to remind me that another year has gone by, and no one is coming to rescue me.

To remind me that my Alpha father’s head hangs in one of the rooms in the main house.

I was 15 years old when they attacked my pack, killing all the men and women and taking the children. Most of the older kids fought back and lost their lives for it.

I wanted to help, wanted to at least try, but the younger kids had crowded around me looking for guidance. No matter how badly I wanted to, I couldn’t leave them alone and afraid.

It was a massacre. Blood everywhere. Soaking into the earth and splattered across the faces of the children. The metallic smell seared into my nostrils threatening to suffocate me where I stood.

Women screamed before they were swiftly gutted and thrown aside so they could move on to the men. It didn’t take long for them to slaughter everyone. We were a small pack, smaller than most.

I mourned the loss of my pack. They had no proper burial so their souls could be at peace with the goddess, no songs of praise, nothing. Just torches thrown into the wreckage as they shuffled the prisoners into the unknown.

And just like that the Ghost Moon pack was no more.

When we got to their camp, we were all taken to see a doctor, where a piece of hecatolite was placed under our skin to hinder our transformations. Let me tell you, that shit hurts. Going through my changes was excruciating.

Shifting is like second nature. It happens to most wolves by the age of eleven. As the daughter of an Alpha, I experienced my first shift at the age of five. The first shift is always painful, but you get used to it over time.

A werewolf can change at will, but on the night of a full moon, there’s no maybe about it. You will shift. That’s where the problem came in.

My body started the transformation process but was unable to continue because of the hecatolite, so I had bones popping and bending, trying to break free but with nowhere to go.

I dread each month when the full moon approaches. Of all their torture methods, that is by far the worst.

I jump at the sound of the outer gate banging against the wall and turn just in time to see one of the rogues shoving a girl into another cell.

I’m not quite sure of her name as she isn’t from my original pack, but she is across and two cells down from me.

I squint into the darkness and see that her torn clothes are covered in blood and her face is badly bruised and swollen.

Her brown hair is matted and does little to conceal the cuts that I know will heal slowly. No doubt they used the silver-tipped whip.

I, unfortunately, am well aware of what the end result of any particular torture method looks like.

I’ve been known to try escaping a few times over the years, each time getting caught before making it too far and being dragged back to camp to be made an example of.

I don’t care about the pain any longer. I won’t ever stop trying to get away from this place.

Later that day we are all shuffled out into the yard for our daily meal. Once a day. That’s it. They allow us that one measly meal to ensure we don’t die on them, but are weak enough that we don’t try to fight back.

I haven’t seen the young kids from my pack in over a year. I have no idea if they’re in a separate prison area, but I fear the worst.

I cringe internally as a shallow bowl of brown unrecognizable slop is placed before me. The smell coming from it has me gagging and trying to keep my stomach contents exactly there… in my stomach.

Hey, I said we were given a meal. I didn’t say it was the best meal. I push the bowl away content with just waiting for everyone else to be done to go back inside.

Swinging my legs over the bench, I place my elbows on the picnic table and tilt my head upward, taking in the sunlight. I miss being outside. I miss my wolf. Since the hecatolite was placed I haven’t even been able to feel her.

I’m enjoying the quiet and sunlight when a shadow falls across me, blocking out the sun.

“Why aren’t you eating?” a gruff voice questions.

I peek one eye open to see one of my many torturers glaring down at me. Closing my eyes once more I reply, “Not really in the mood for that cat vomit on the menu today.

“Can you get out of my light? Pretty sure everyone else is almost done. Want to get as much sunlight as I can before I’m forced back into darkness.”

I know he has moved because I feel the sun’s warmth on my face again. Suddenly I’m yanked by my hair and pulled into a standing position. I’m up on my tippy toes, my hands clawing at his, trying to break his grip on me.

He brings his head down to mine and I can smell his rancid breath as he roars into my ear, “I said eat!!” He slams my head into the bowl, causing stars to dot my vision.

He smashes my head into the bowl one more time and I hear the crack as it breaks into several different pieces, cutting into my flesh.

“Get her back into the basements. And she can skip all her meals for the next few days.” He shouts while another one of my captors drags me back to my cell.

I’m thrown unceremoniously inside and stumble a little as I try to wipe the gunk from my eyes. I turn and stare daggers at the guard who in turn laughs as he locks the gate and walks back the way we came.

I try to get as much of the mush from my face as possible since there’s no water for me to wash it off with. No doubt I’ll be smelling like shit before the day is done.

Sliding down onto the mattress, a small grin escapes my lips as I remove the plastic spoon from the waistband of my pants.

Gently and quietly, I scrape the handle against the cold ground to sharpen the edges, careful not to make much noise.

I’m going to escape this hellhole, dammit. Even if I die trying.