Claire Hill, an ordinary human, and Chloe Danes, a werewolf, become unlikely partners when they become trapped together in Chloe’s body. When they both meet their mates, they must travel to the magical land of Logia to find a solution or risk losing their loves forever. 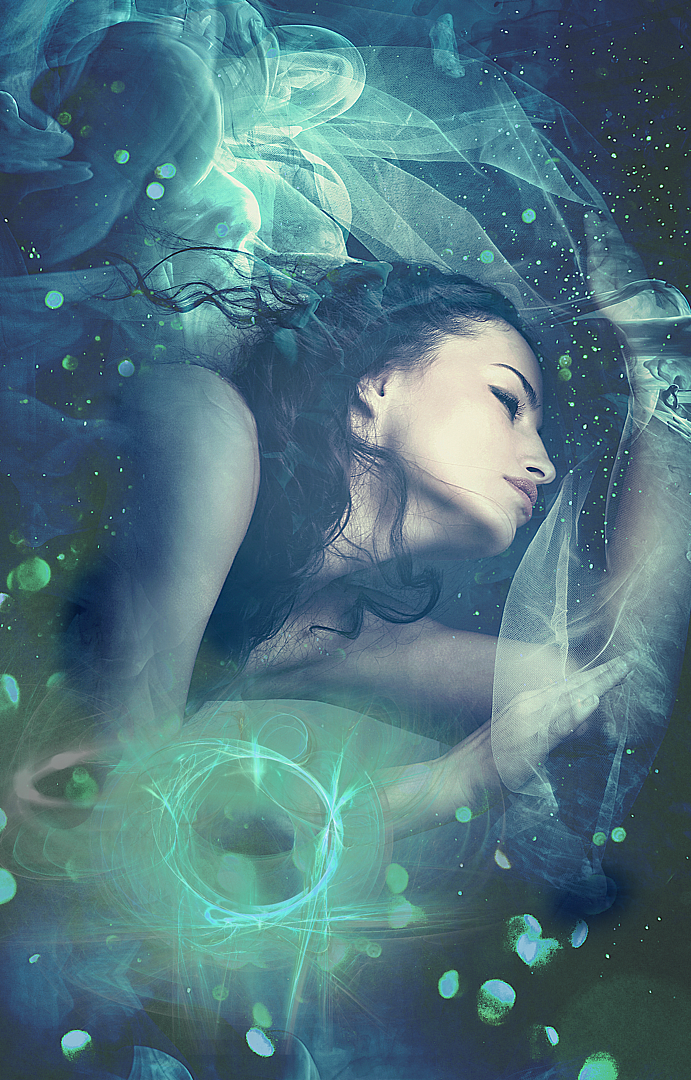 Claire Hill, an ordinary human, and Chloe Danes, a werewolf, become unlikely partners when they become trapped together in Chloe’s body. When they both meet their mates, they must travel to the magical land of Logia to find a solution or risk losing their loves forever.

I stared at the clock on the office wall. The hands didn’t seem to be moving in the slightest.

It must be broken.

I checked the time on my phone.

Or perhaps this was just the longest Friday morning ever recorded.

I folded my arms across the smooth surface of my desk and rested my head on them. For a brief, beautiful moment, I closed my eyes.

“Miss Hill!” a sharp voice with a Texas drawl made me jump in my chair.

I turned to see Ruby Hendricks, the office manager at Lopez & Martin, glaring down at me from the other side of the desk.

Ruby’s unnaturally blonde hair was curled and sprayed to within an inch of its life.

Her lime-green talons clicked on the metal of my desk.

“Claire, this is one of the top accounting firms in Amarillo. If you would like to remain an employee of this company, I suggest you show a little more enthusiasm for your work, hmmm?”

My cheeks flamed scarlet. “Yes, Mrs. Hendricks. Sorry,” I mumbled, keeping my eyes on the striped tweed of my skirt.

This was not the first time she had reprimanded me, but it was hard to be excited to come to work as a secretary every day.

I mean, I was happy for the job, and it paid the bills, but it was hardly what anyone would call thrilling.

“Oh Clay-yah, do stop hunching,” Mrs. Hendricks tsked, stretching my name into two syllables. “How are you ever gonna catch a man when you’re slumped over like a—”

I never did find out exactly what I slumped like, because Mrs. Hendricks stopped mid-sentence as if someone had finally pressed the “pause” button on her.

Color rushed into her face until it was almost as pink as mine.

Her pupils dilated, and her lips parted as she inhaled a breathy gasp.

For a moment, I thought she was having a seizure.

“Mrs. Hendricks, are you okay?”

I stood quickly from my chair and went around to my boss. She was still standing in front of my cubicle, her chest rapidly falling and rising.

I touched her lightly on the arm. “Mrs. Hendricks?”

It was like an electric jolt had rushed through her; my boss’ head snapped around to look at me. Her brown eyes were glazed and unfocused.

From where I stood, I could see that Mrs. Hendricks wasn’t the only one behaving strangely.

Two members of the sales team were walking in tandem down the corridor.

As I watched, they entered a maintenance closet together and closed the door behind them.

Mrs. Hendricks raised a hand to her throat, and I could see the pulse beating beneath her spray-tanned skin.

“Yes, Miss Hill umm…that will be all. Thank you,” she said, barely moving her lips.

She left my cubicle and trotted on her high heels down the hallway to the door marked Mr. Lopez. He was one of the senior partners of the firm, and a very powerful man.

He was also a werewolf.

As was Ruby Hendricks.

Oh God. Please not today. I groaned heavily, realizing what was happening in my office.

It was the haze.

I looked over at the glass picture window of Mr. Lopez’s office, just in time to see my boss kneel down in front of him and begin unbuckling his pants.

I was one of only five humans working for Lopez and Martin.

I grabbed my coat and purse and headed toward the elevator.

It finally opened to reveal one of the IT guys with his fingers buried deep within the skirts of our marketing manager.

“Ugh, grow some self-control.” I muttered as the pair giggled and ran off, probably to find a more private space.

The coffee shop was packed with both humans and werewolves. Even my less acute senses could smell the sex in the air.

It was like an invisible energy running through all of the wolves, making them quiver with pent-up frustration.

As I stood in line for my coffee, I wondered what it would feel like to have no control over my own sexual urges.

To give into my passion whenever the need hit me.

To surrender completely to my impulses…

I was no doe-eyed virgin, but as I shifted through the short list of my sexual encounters, none of them sparked the insistent craving that I saw in the eyes of the wolves around me.

I was so lost in my imagination that I didn’t see the line move forward.

The person behind me cleared their throat loudly, and I startled, my purse swinging on my shoulder as I turned.

It collided with a tall, well-dressed man carrying a paper cup of hot coffee.

The drink tumbled from his hands, splashing onto the green tile floor and covering his suit and shoes.

“What the hell!” the man snapped angrily.

My jaw dropped in mortification. “Oh my God! Are you okay!”

I bent down to try to clean up the mess, but a woman in a red apron was already approaching with a mop and bucket.

“I wasn’t looking—I’m so sorry—” I stammered, my cheeks burning as I turned to look at the man I had just scalded.

He was tall, with dark brown skin and the most unusual eyes I’d ever seen.

They were a clear gray green that seemed to shift in shade with every twinkle and facet of light.

His head was closely shaven, but the recently shaven shadow of a beard outlined his chiseled jaw.

My apologies died in my throat. I stared in rapt wonder at the handsome stranger, who looked back at me with an annoyed expression.

“You should really try to be more careful,” he said. His voice was a deep baritone that sent a little shiver up my spine.

Say something, Claire. Something clever and funny.

But it was like I had lockjaw. I couldn’t make my mouth form words.

The man raised an eyebrow at me, as if trying to decide whether or not I was screwing with him.

“Whatever. Just don’t worry about it, okay?” he said in a gentler tone.

He turned to go, his shoes leaving wet coffee-prints on the floor.

“Err,” I managed to grunt. But it was too late. The gorgeous dark-skinned stranger was gone.

I groaned inwardly. This was not shaping up to be my day.

If life were a Reese Witherspoon movie, that would have been a “Meet Cute.”

Instead, it was a “Meet Weirdo.”

I sat at the red plastic counter, stirring my double shot vanilla latte with a cardboard straw.

I took a sip of the coffee, watching the people strolling outside in the cool autumn weather.

The chirpy indie music in the cafe was starting to set my teeth on edge.

I fished my phone out of my pocket and plugged in my headphones before picking a soothing, acoustic song from my Spotify playlist.

I moved my lips softly to the music, closing my eyes and letting the gentle strumming take me away.

For weeks, I’d been practicing this song on my guitar at home in my childhood bedroom.

I had been living with my parents since I graduated from college last year.

This job with the accounting firm was only a few months old, and I was eager for the day when I would have enough money saved up to move into my own apartment.

I groaned again. It wasn’t so much that my life was terrible, it was just turning out to be so damned predictable.

An underpaid job I didn’t enjoy. A mountain of student loans. Friends who were starting to get married and lose touch.

Plus, now that I was out of college, my mother was dropping hints about my lack of a boyfriend almost daily.

I’d been on dates, even had a few boyfriends during college, but nothing had ever lasted more than a few months.

I just wasn’t the party-girl or extrovert that the guys on campus had looked for in a girlfriend.

My thoughts drifted back to the man I had accidentally hit with my purse.

He had the most handsome face—with a chiseled jaw and a soft-looking mouth.

I gazed blankly at the busy street outside, lost in a dream of all the things I should have said to the handsome stranger.

“If you give me your number, I’ll pay for the dry-cleaning.”

Even “My name is Claire Hill” would have been better than incoherent mumblings.

A man with orange eyes was staring at me from across the street.

He smiled malevolently when he caught my gaze.

I blinked. The man was gone.

What the hell, Claire. Get a grip.

That’s when the cafe erupted into chaos around me.

It all happened fast—so fast that I only got flashes and images of what was happening.

The sound of gunfire.

The panicked screams of humans and wolves as they realized the cafe was under attack.

The bitter smell of spilled coffee.

My muscles felt locked in place.

A thousand high-school safety drills told me to get on the floor and cover my head, but I remained frozen, staring at the violence of the scene.

There was a loud blast.

And I knew nothing.