Melinda Johnson’s picture-perfect life falls apart when the shadow people arrive. She sees them everywhere she goes, but no-one else can. What do the shadow people want with Melinda and her family, and is there something dark in their past waiting for them? 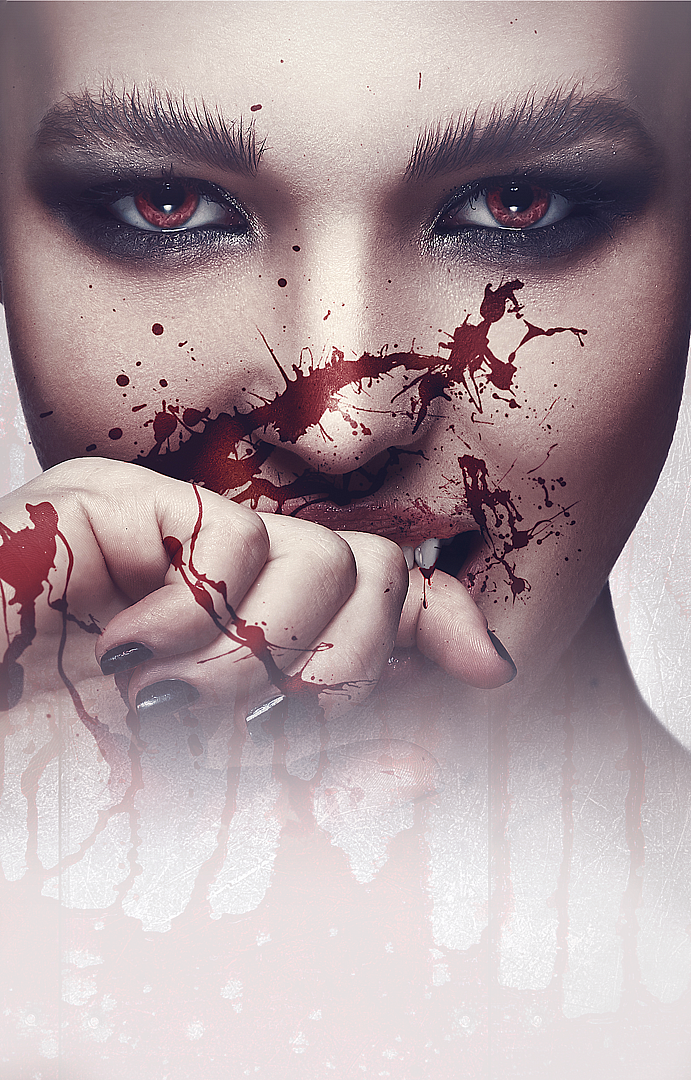 Melinda Johnson’s picture-perfect life falls apart when the shadow people arrive. She sees them everywhere she goes, but no-one else can. What do the shadow people want with Melinda and her family, and is there something dark in their past waiting for them?

When Melinda woke in the night, it was so late that it was early.

The whispering had started again; that was what awoke her.

Though she didn’t know what the whispers said, she knew they meant business.

Melinda had first heard the whispers at school. She went to the quietest place she knew: the single stall bathroom by the theater, where she’d sometimes take her lunch.

Even there, in her quiet place, Melinda couldn’t make out what the whispers said. They were always just a bit too muffled to understand.

The voices sounded human. She knew that much. But their tones were also sharp and hard, like fingernails on a chalkboard.

Melinda had left the bathroom.

Soon after, she started seeing Dr. Mulligan. She took his advice. She would play loud pop hits on her headphones or stand by the chattiest girls.

She tried to pretend the whispers were white noise.

This worked out alright for a while, except when the whispers came in the middle of the night. Alone in her bedroom, Melinda knew the noise was anything but white.

Melinda opened her eyes. From her four poster-bed, she gazed out at the moonlit bedroom.

The delicate white canopy of the bed rippled around her in the early spring breeze. The mirror on her vanity reflected the shifting leaves outside her window.

The room was beautiful. It could have been featured in Better Homes and Gardens magazine. But tonight, its inhabitant paid no attention to her surroundings.

The sound continued, becoming so loud that Melinda couldn’t hear her own beating heart or ragged breath.

The rosebuds on the wallpaper curved so frightfully that they seemed to resemble snakes.

Melinda gazed into her empty fireplace as if it were the mouth of hell itself.

Then she saw the shadows shift.

It was as if a blaze of shadows had come to life in the dormant fireplace.

The whispers became louder still, and the cold, dark fire grew larger, until it was pouring shadow smoke.

Melinda retreated into her feather pillows, but the smoke continued to come, billowing around her bedroom. The dark clouds blocked her view of the vanity mirror…and then the entire vanity.

The smoke darkened with every second. It was no longer one cloud, but several, all floating closer to Melinda.

Melinda blinked, and when her eyes opened, the five figures approaching her were practically human.

Their shadowy silhouettes were ever shifting, but their movements were undeniably human as they drifted toward Melinda.

All ten shadow hands reached out for poor Melinda as she sat helpless in her bed, the whispers now deafening in her ears.

Where fingers would have been, the shadow people just had wisps of smoke.

Just before they touched her, she screamed. It was a scream that would wake her whole family, but Melinda wasn’t worried about that.

She was too worried for her own life.

As the scream ripped through the air, Melinda covered her eyes with her nail-bitten fingers and felt a warm release between her legs.

All at once, the whispers stopped. Melinda opened her eyes to find the shadow people had disappeared.

But the girl had hardly a moment to enjoy the peace when her bedroom door swung open and five real people rushed inside.

“Darling, what happened?” Melinda’s mother demanded as she hurried toward the bed.

“You woke us up,” her older brother Jacob grumbled.

“Your imaginary friends after you again?” her sister Libby asked from the doorway.

Melinda’s father and her oldest sister Rosie were silent.

Melinda’s cheeks burned in the night.

Her mother pressed her hand to Melinda’s clammy forehead.

Melinda’s stomach clenched as she realized what it was…

This was another nightmare. And it was about to come true.

“Melinda wet the bed!” her brother yelled, pointing at the wet spot on the sheets beneath his sister. He started laughing.

“That is gold!” Libby shrieked.

She had embarrassed herself in front of her whole family. Not once, but twice. And in a matter of seconds!

Why was life so hard for her?

“Oh, dear,” her mother lamented. “Everybody go back to bed!”

The rest of the family went back to their rooms.

Melinda felt her mother pulling her arm, but she resisted.

“I can change my sheets, Mom,” Melinda whimpered.

But her mother’s grip was so tight that Melinda had no choice but to get out of bed.

Humiliated, she got to her feet in her soggy pajamas.

She risked a glance at the fireplace, which was empty and seemed rather harmless.

“Go clean yourself up,” her mother ordered as she tore the comforter off the bed.

Melinda went to the bathroom and took a fast, hot shower. When she returned, the bed was made, her mother was gone, and she was once again alone in the dark.

Libby smiled at her sister Melinda over her dwindling bowl of cornflakes.

Libby wanted Melinda’s attention, and she knew Melinda was trying not to give it to her.

“Everyone have an amazing day at school,” Libby’s mother announced from the doorway. “And Melinda, we have an appointment with Dr. Mulligan tomorrow morning.”

Her heels clacked down the hallway and out the front door.

Libby turned to her brother Jacob. They shared a look.

Her father folded up his newspaper at the head of the table and poured his mug of coffee into a thermos.

“Bye, Johnsons,” he called as he left for work.

“Bye, Dad,” Melinda replied, staring into her glass of milk.

Rosie appeared in the doorway. She was the oldest sister; she never ate breakfast.

On the way out of the house, the Johnson kids collected their cell phones from the blue bowl, where their mother insisted they leave them when they were at home.

Usually Libby fought for the passenger seat, but today she wanted to sit in the back with Melinda.

Rosie put the red Mustang’s top down. Libby’s blonde hair whipped all around as they drove through the neighborhood.

“What were they saying last night?” Libby asked.

Libby looked out of her window. She was genuinely curious about her sister’s mysterious visitors, but more for the story she could tell her school friends than actual concern for Melinda’s feelings.

As they neared the school, Libby watched Rosie apply her pink lip gloss in the rearview mirror. She looked perfect, as always.

Libby didn’t bother with any of that girly stuff. It wouldn’t work on the boys anyway.

They pulled into their regular parking spot, where Jackson was already waiting, like he always was.

Libby watched as Jackson leaned into the car to kiss Rosie. She couldn’t help but fall for his chocolate eyes and princely brown curls, just like every other girl in the school.

“Let’s go,” Jacob urged his twin as they got out of the car.

Libby and Jacob followed after Melinda, who walked with her head down. They left Rosie kissing Jackson; none of them said goodbye.

Inside the school, the hallway was crammed with students. Libby and Jacob heard their names shouted and walked over to find their friends among the other junior cliques hanging out by the stairwell.

“Hey, Johnsons,” Marissa said in her singsong voice. She flipped her straightened hair over her shoulder. “Did you hear about prom yet?”

“They announced the theme! Casino Royale!”

Libby didn’t want to think about prom since she knew no one would ask her. Good thing she was ready with a better topic.

“Who cares about prom?” she countered, and the whole group leaned in to hear. Libby smiled at Jacob.

Just when she thought she couldn’t be any less popular, high school proved her wrong.

Even her normal table of losers had welcomed her with low hisses, imitating the sound of pee.

Now she was alone at a table with Jared.

Jared had autism and seemed to prefer solitude. When Melinda had sat down beside him, he had picked up his textbook and angled away from her.

Melinda sighed. It had been a long day in the ninth grade, to say the least.

She had eaten lunch in the bathroom by the theater.

Melinda knew Jacob and Libby had told everyone at school about last night. She was angry, but the thought of bringing it up to them was unbearably shameful. They would only tease her more.

She had to pretend she didn’t care.

She was so good at pretending that, at times, she thought what she pretended was true.

This ability was useful in many areas of her life, even with the whispers.

If Melinda didn't care about the whispers, then maybe they'd cease to exist. And if they didn't exist, then Melinda could be normal.

Melinda didn’t care about the shadow people, either.

She didn’t care so much that when she looked up and saw a shadow person behind Liz—the star cheerleader—she hardly blinked.

She stared at Jared’s turned back and wished he was her friend. Melinda wished that she had one friend in the whole world that she could talk to.

She looked down at her big thighs and bit her fingernail.

“Hey,” Melinda said suddenly, surprising even herself. She tapped on Jared’s back with her spitty finger, which she immediately regretted. People with autism didn’t like to be touched.

Jared turned his head but said nothing.

“Could you help me with my math homework?” Melinda didn’t even have her homework out. She reached for her textbook in her backpack.

Melinda thumped the huge book down on the table.

Melinda turned to him, her eyes narrowed. She was about to explain that she was more of a right-brained person when Jared started speaking again. But his mouth didn’t move, and no sound came out.

Was she reading his mind?

I always knew this girl was weird, but this is worse than I thought.