He Healed My Heart

Life hasn’t been easy for Harper Maddox. As a young single mom trying to make it on her own terms, she’s determined to not let anyone hurt her—or her son Leivon—ever again. Moving to a small town to live with her uncle offers a new beginning, and an intense attraction to the handsome deputy could be a chance to find love again. But in the company of wolves, Harper’s path to healing is fraught with more excitement—and danger—than she could ever have imagined… 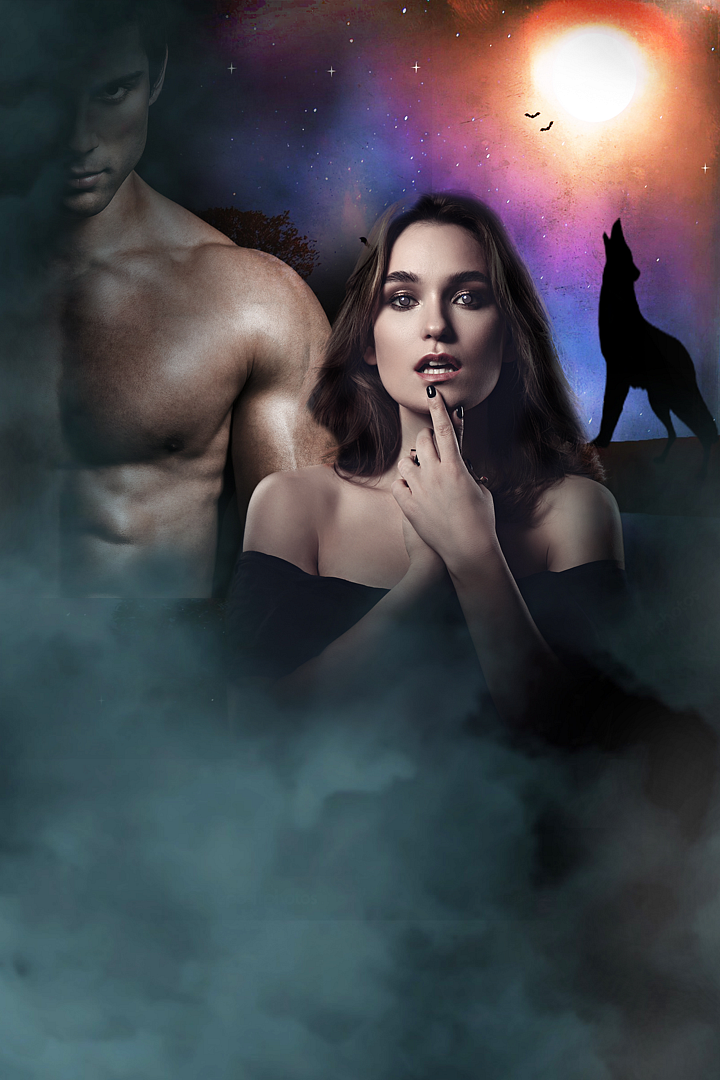 He Healed My Heart

Life hasn’t been easy for Harper Maddox. As a young single mom trying to make it on her own terms, she’s determined to not let anyone hurt her—or her son Leivon—ever again. Moving to a small town to live with her uncle offers a new beginning, and an intense attraction to the handsome deputy could be a chance to find love again. But in the company of wolves, Harper’s path to healing is fraught with more excitement—and danger—than she could ever have imagined…

Being a single mother was never what I saw in my future. I was meant to go to college, travel the world, and then find someone to settle down with.

Marry, have a family, not spend seven years raising a child on my own. Nevertheless, this is what I have had to do.

Sure, I could have aborted when I found out, but as I looked down at my beautiful boy Leivon, his sleeping form curled into a bundle, I didn’t regret my decision to keep him one bit.

Though, I do wish I had chosen a better man to give my heart and virginity to.

If only things had turned out differently.

The bakery I worked at had suffered due to the two larger supermarket competitors opening up and customers could get all of their needs from one store.

It put a lot of small businesses out and in financial strife, which, unfortunately, meant no work for me and hundreds of others.

It also meant my son suffered, something I had tried his entire life for him not to.

I walked down the hall after leaving the door slightly ajar and plonked down on the sofa with a heavy sigh.

“He sleeping?” My uncle Clade sat next to me on his favorite gray suede recliner.

“You excited about starting at Johnson’s outdoor place?”

I was staring at the television screen but everything in the room was hazy and unfocused. “I guess,” I answered monotonously.

“When do you officially start?”

“In the morning, after I drop him at school…thanks for teeing that up, by the way, we were getting pretty desperate.”

“C’mon, Harper, you didn’t think I would turn down an opportunity to spend some time with my favorite niece, did you?” He turned his head towards me with a dashing smile.

“Uncle, I’m your only niece.” My head remained in the direction of the television but I still wasn’t watching it.

“Yes, and aren’t I lucky.” His words made me smile, he had been so supportive and comforting my whole life.

I was happy to be here with him, he had always been my world. “God knows, I would have no hair left if I had any more of ya to deal with.”

I finally meet his mischievous glint with an incredulous look. “I hope you’re not implying your hair loss is my fault?”

“Ah, kid, I’m just messing with ya, you know its genetics, your father would have ended up the same had he lived.”

My face faltered. Thank God for Uncle Clade. Dad passed away from a heart attack in my early teens and I still mourned his loss, even after all these years.

I made my way back down the hall of the old brick home to my room adjacent to my son’s and slipped in, closing the door quietly behind me.

My room was rather large with a lavish bay window, a king bed with a bright white and green bedspread, and bedside tables each side.

Two wooden tallboys stood side by side next to the room’s door, and my en-suite was attached.

I grabbed my pajamas and entered the bathroom.

Removing my clothes, I turned the shower taps, hearing the old pipes groan as the water filtered through them and visually scrutinized myself in the mirror.

I was no longer that skinny rake of a kid I had once been, these days my figure was more rounded, but not enough to be considered overweight.

I was blessed with wide hips and a full chest, my naturally darker skin tone was an attribute passed down from my mother’s side.

She was of Hawaiian descent and dark-skinned, when she mixed with my father and his European background, I received my unique coloring.

My son inherited the same skin tone from me. Thank fuck, his father was so pale he turned sickly gray when it was cold.

My dusky tanned nipples still sat perkily upon my chest despite their larger size. My hair was naturally dark blonde, the same as my fathers but with a curl to it.

My light brown eyes looked worn and haggard. Hell, I just looked worn out all over, despite being only twenty-four.

I had fallen pregnant at seventeen to our school’s biggest dick-knob and the moment I told him, he refused to believe it was his, stating I was some whore when I had only ever slept with him.

My mother, Juniper, had remarried when I was eighteen and I worked odd jobs, supporting Levi and me in any way I could.

My mother cried the day we left. After all, having a one-year-old at the time was not easy for anyone but she needed to move on with her life.

I felt more of a burden than anything, so we had been facing the world ever since, just my son and me.

I lost my job about a month ago and things were beginning to get desperate. Being the stubborn, self-reliant mule I am, I refused to rely on welfare.

So Uncle Clade offered us his home and had found me a job. We moved across the country and now, we were starting life over again.

I slipped into the fluffy sheets, relishing the feel of the material on my skin. I was thankful for having such a loving family; a girl needs that these days.

Tomorrow, I start my new job, in our new town, miles away from our old life and thankfully, away from Levi’s father, who I had to watch plunge his way through woman after woman.

This time, I will get to be happy, and maybe one day I will find someone who can love me for me.