Raina Wilson is a truly kind and innocent soul, but under the surface lies a dark and haunting past that refuses to release its grip on her. As if that’s not enough to deal with, she’s been forced into a marriage with Roman, the hotheaded heir to the rich and powerful Marigold family. Will Raina be able to find peace with her new life, or will her past consume her? 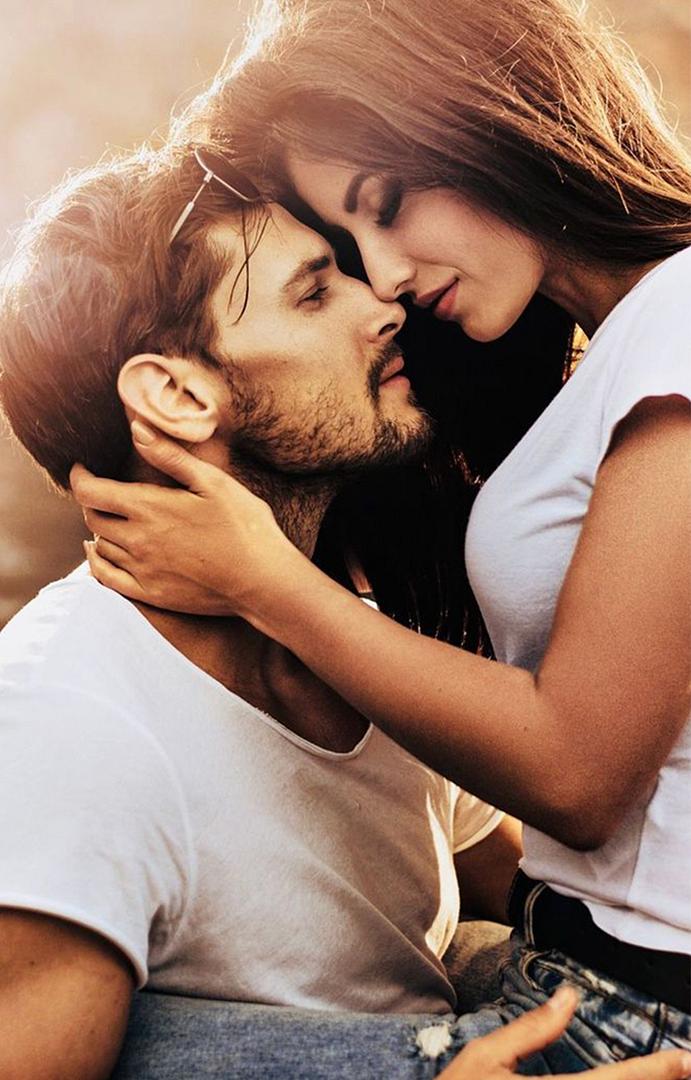 Raina Wilson is a truly kind and innocent soul, but under the surface lies a dark and haunting past that refuses to release its grip on her. As if that’s not enough to deal with, she’s been forced into a marriage with Roman, the hotheaded heir to the rich and powerful Marigold family. Will Raina be able to find peace with her new life, or will her past consume her?

“Shut up! Let me think of what to do with this fucking desperate whore. I’ll teach you to stare at Chris. He’s mine, bitch!”

My shaking knees hit the wet grass as I tried to grasp what was happening to me. Menacing laughter echoed from all around as the blurry faces warped in and out.

With a hard thud, I found myself shoved to the ground with what felt like a ton of bricks slammed into my face, colliding with my nose.

I didn’t try to get back up. Instead, I just lay there as the cold drops of rain replaced my tears.

“This bitch. Diana said she’s been trying to talk to him!”

“What a slut. As if Chris would ever want her.”

The footsteps and sinister cackles faded away as I lay in my harsh surrender. My eyes were firmly closed as I sobbed quietly to myself.

After what felt like hours, I tried to shift myself up, wincing at the pain radiating from nearly every part of my body.

A part of me wished that I’d died right there on the school field, but fate had more in store for me. The thought of running home sent a chill down my spine.

I would much rather face the abuse that I did on this school field every single day than face what waited for me at home.

Home—what I liked to call hell—was only a short walk away, but it felt like I had been limping my aching body back for days.

I froze at the sight of the tall black-and-gold gates as they mocked me, daring me to turn around and run away.

Finally reaching the two large wooden doors, I thought of what my punishment would be for arriving home late and, above all, in the state that I was in.

I stepped into the large foyer, trying to stay as quiet as a mouse. My heart dropped into my stomach as two hands grabbed my shoulders.

Holy shi— But to my relief, the woman standing before me was our housemaid, Henrietta. I called her Hetty.

Hetty was the closest thing I had to a mother. She often nursed me back to health when I had been beaten. She would sneak food up to my room when they starved me.

Hetty was the only one who took pity on me. I may not have known much about love, having never experienced it, but I knew I loved Hetty and was so grateful to her.

“Jesus, Mary, Joseph,” Hetty shrieked, her panicking eyes scanning my bruised face. She looked around to make sure no one was coming before dragging me into the kitchen.

The warmth from her gentle touch soothed my shivering state, and I winced as she pressed the cold ice to my nose.

“Was it those nasty girls from school again?” she questioned, concern filling her kind eyes as she shook her head in disbelief.

“How many times must I tell you to just run away from them, Raina?”

I gave Hetty a small smile as I thought about her question. “Run away from who, Hetty, those girls or my so-called family?”

Hetty’s eyes widened at my response, and I hissed as the cold ice started to sting.

“Child, your life is unfair,” she placed her hand against my cheek, “but these are the cards you have been dealt. You must accept them and change your own fate. You have your mother’s strength. I see it in you.”

Hetty’s eyes shot toward the kitchen door, and she took a quick step back. I knew we were no longer alone.

“Where the hell have you been, Raina?” My stepmother sneered, her pointy nose up in the air and her light hair neatly tucked away in a bun, not a strand out of place.

“You missed dinner, and don’t you dare think the maid will give you any.” Her icy blue eyes turned to Hetty, sending her a warning as well. My stepmother didn’t even bother to question my bloody state or ask if I were okay. Why am I surprised?

I was sent to my room, but little did she know that I was always happy when they would send me to my room.

From how my stepmother was dressed, I knew she must have had guests coming over, which saved me from being punished that evening. Thank God.

I fell on my bed and let out a long defeated sigh. My body still ached from the beating I’d received not long ago. I thought back to earlier that day and why the school day ended as harshly as it did.

I don’t even recall looking at Christopher. I must have drifted into a daydream in the library and didn’t realize I was staring straight at him.

I couldn’t deny I’d always had a little harmless crush on Christopher—every girl swooned over his boyish good looks—but this time, it really wasn’t my fault.

I usually kept to myself at school, trying to avoid eye contact with anyone.

My half-sister Diana was the most popular girl in school and would badmouth me to all of her friends, who then took it upon themselves to make my life a living hell.

I heard a fast knock at the door and flinched at the sudden noise distracting me from my thoughts. Hetty rushed in, holding a small plate under a large napkin. Her frail body waddled over to me.

My lips lifted into a cheeky grin as Hetty placed the plate down on my bed. She touched my forehead with her sweet hand. “Good heavens, child, you’re burning up.” Her voice was low, but her worry was loud.

She helped me out of my drenched clothes and into fresh pajamas and then removed the napkin from the plate, revealing some leftovers from dinner.

She watched as I devoured the delicious meal, her eyes trying to hide her pity. Hetty would often cradle me in bed, telling me stories of my mother until I fell asleep.

My mother came from a very rich family. Her father was an extremely successful businessman.

I often wondered if that was the only reason my father married her. An image of his greedy face flashed in my mind.

My mother was kind and beautiful. She believed in helping people and organized many charity events.

Hetty would tell me how she would buy little dresses and store them away shortly after she married my father.

It was her dream to have a baby girl. Little did she know that she wouldn’t live to see or even hold her dream. She would die at the hands of her dream. I killed her.

Not even three weeks after my mother’s death, my father married her widowed distant cousin, my aunt and now stepmother, Vivian. My stepmother had a son from her previous marriage, my cousin, Troy.

A year after marrying my father, she gave birth to a baby girl, Diana. Hetty told me that everything changed for the worse after my mother passed away. The only good thing was me.

I don’t even remember falling asleep that night. Hetty loved to sing to me; her warm voice would soothe me into a peaceful slumber but not for long. The nightmares would find me.

I would be running from the darkness, and it would fill the air around me. I would see a hint of my mother’s face through the black mist, but it would warp into something sinister.

My eyes would open, but I wouldn’t be able to move or speak. A lot of my father’s beatings stemmed from waking everyone in the middle of the night with my frantic screams.

“Idiot girl, you should have died along with your mother.” He would often curse, fury in his eyes as he lashed out at me with his fists. That was what I was used to. That was my life.

One afternoon I was wandering the kitchen alone. That’s where I felt safest in the house, along with my bedroom. I pulled out a bottle of water from the fridge but gasped as I closed the door.

Standing there in all-black attire was Troy, his prying eyes scanning my face. He was standing close. Too close.

“Troy! You scared me.” My voice came out shaky and unsure. Something about him always made me feel uneasy.

I would often notice him staring at my chest or backside, but I would never look long enough to see the full extent of his eye assaults.

Troy had started to become a little muscular, and his blond hair was long and often slicked back superman style. His blue eyes were always full of mystery. I never knew what he was thinking.

“It’s just me, Raina,” he whispered, his voice sending a chill down my spine.

I tried to respond casually, but he closed the small space between us and began sniffing my hair. My breath hitched, and my eyes widened. What the fuck!?

My shriek came out low and muffled as his large hand came over my mouth.

“Shh. Don’t do that,” he hissed. My back slammed against the fridge door. “Don’t act like you don’t want me. I know how you look at me, Raina. You want me to touch you.”

My wide eyes studied his face. This had to be a joke, a sick one at that, but it just had to. Troy licked his lips, watching me quivering. I stayed silent, fear and shock spreading through my bones.

I watched as he snatched the water bottle out of my hand and brushed it against my chest, his creepy eyes watching how my breasts reacted to the cold sensation.

I closed my eyes, my tears spilling over his hand.

Troy pressed himself against me so that I could feel his growing erection. I could have been sick right there, but like a deer in front of headlights, I froze.

I opened my eyes to witness his lips twitch into a dark, devious grin, one I would never get out of my mind.

After that day, Troy met me in my nightmares. I knew at some point Troy Wilson would come for me. Nothing would ever be the same again.