When Kara’s roommate says her cousin is crashing on their couch for a few nights, Kara doesn’t think much of it. Until he shows up and they set each others’ worlds on fire. 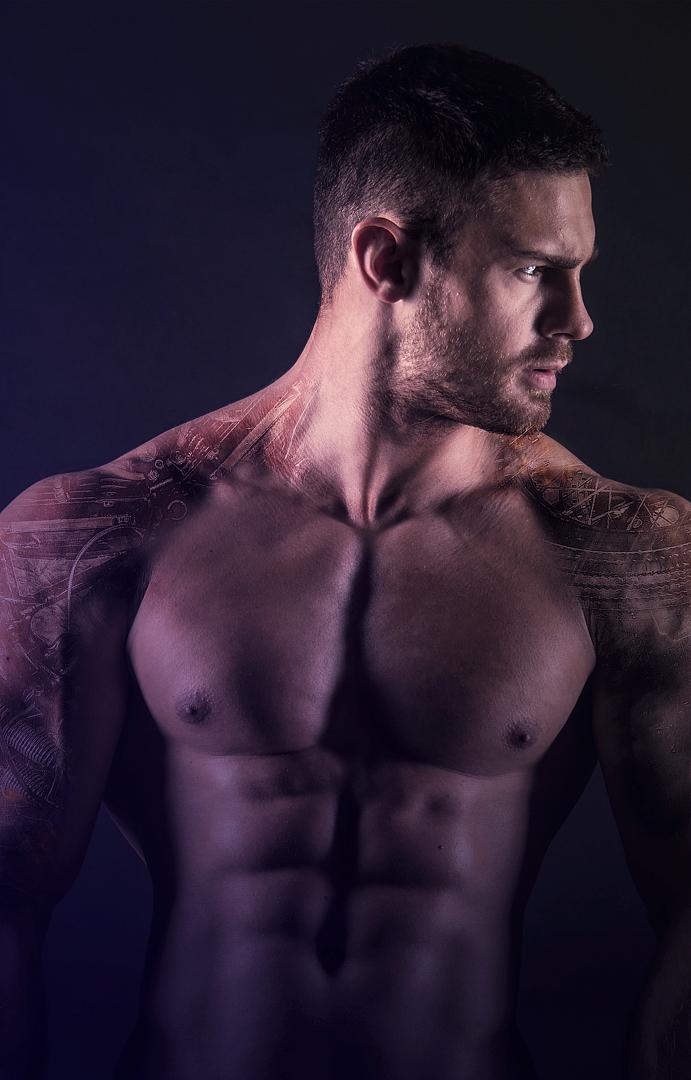 When Kara’s roommate says her cousin is crashing on their couch for a few nights, Kara doesn’t think much of it. Until he shows up and they set each others’ worlds on fire.

Kara looked at the ice cream container that she held in her hands.

Why were all her favorite foods full of calories?

She tried to make herself put it back. She thought of all the reasons she shouldn’t purchase that one box.

She had stuffed herself with almost four containers of the same ice cream in a period of three weeks.

Three weeks since she first saw Max with Karen, his tongue in her mouth.

They had been friends since childhood, and she had inevitably developed a major crush on him in school that hadn’t gone away when they went off to college.

She wasn’t sure that she had loved him.

Crushed on him? Yeah.

Max was a year older than her. He had been pursuing his degree in engineering in Texas, where his parents had moved to.

They had kept in touch through the years and when he had come back to Minnesota for good, she had been overjoyed.

But then within a week of him returning, she found out through mutual friends that he had hooked up with Karen, who happened to be in Kara’s class.

The two of them had been messing around, in spite of Karen having a seriously sweet and caring boyfriend, Gerald, whom Kara had spoken to once in a while since he worked in the university cafeteria.

When she first saw Max with her, she had thought there was nothing worse than the pain she felt. He had been her Mr. Right. Her best friend.

She had even planned on telling him how she felt this Thanksgiving. Though Kara knew that her actions and the way her face lighted up when he was around was a dead giveaway.

But now? Now she just loathed him.

Boys and their stupid little brains. She was tired of them all.

Max could go screw anyone he liked and she couldn’t care less.

It had taken her three weeks, plenty of ice cream, and binge-watching Sherlock to get him off her mind.

The only downside would be that she’d have to watch Karen every day, in class.

Kara was pursuing her degree in psychology. She was in her third year.

In spite of her parents living quite near campus, she had chosen to live on campus, independently, wanting to experience everything.

Her dad had protested at first, but her mom had seemed to understand. So now, here she was, living on her own.

Her older brother, Lucas, was in Denver on a business trip. He worked at their father’s company, Price Enterprises Ltd but wanted to launch his own soon.

Her parents were more than eager to supply her with an allowance that was more than enough to cover all her expenses, including tuition fees.

But Kara tried her best to make it work without their help, taking it only when she was in an extremely tight spot.

She looked back at the container.

The next second she dumped it in the cart and moved ahead. You lived once, might as well gorge on ice cream when you could.

She whizzed by the shelves stacked with frozen food and moved to the billing counter.

When it was her turn, she flashed a smile at the teenage girl who picked her items and then paid for the stuff.

Clutching her purchases in one hand, she tried to unzip her bag to place her wallet in.

Still struggling to manage the task, she had barely taken one step outside the store when she collided head-on with what felt like a wall of granite.

Her bag containing her purchases slipped from her fingers. Before she could land on her butt, she felt something wrap around her waist holding her up.

“Can’t you watch where you’re going?” a deep voice growled right into her ear.

Kara’s head snapped up and her breath lodged in her throat.

She was looking at the most handsome face she had ever seen in all her twenty years.

The guy who held her in his arms looked older, maybe in his late twenties.

He had dark hair that was cropped really short. With icy blue eyes and a mouth that was flattened into a thin line, he looked severe.

He had high cheekbones, full lips, and a jawline that was so pronounced she wanted to run her fingers across it. His eyebrows were hawkish and three frown lines adorned his forehead.

At her silence, he lifted one eyebrow.

“Cat got your tongue?” His voice was harsh.

Kara received a shock when he jerked her away from him, bent down to pick her bag up, and shoved it in her hand.

It was only then that she noticed the rest of him.

He was tall. So freaking tall.

His physique was muscular but lean and she felt a blush coat her cheeks when his eyes settled back on hers.

She fumbled as she tried to thank him. “T-thank you.”

The scowl on his face deepened.

Kara was stunned when he ran his gaze over her body.

He started at her hair and she was shocked beyond comprehension when his gaze lowered to her lips.

It stayed there for a long moment before continuing down her neck, pausing again at her breasts and then moving down her legs.

“You should be apologizing,” he snapped.

She blinked in surprise.

God in heaven, why was she fumbling so much?

It seemed to piss him off even more.

Then he turned away, straightened his jacket, and walked inside the store, leaving her gaping after him.

It took her a few moments to make her brain function again.

She could still see him, making his way toward the aisle that led further into the store. She was fascinated by the way he seemed to tower over everyone and everything.

And then just when she was about to turn away, she saw him pause right in the middle of the aisle. Then he turned around and Kara was mortified when he looked straight at her.

Even from a distance, she saw the way his brows came down. Did he have a perpetual scowl or something?

Not letting herself stand there and try to figure it out, Kara turned away, clutched at her belongings, and then hurried off to the bus stop.