High-School with My Fiancé

When Liya moved into a new town as a child, she found a boy her age who seemed to be a prince charming. But as time passed, destiny had its own plan.

Their parents had made arrangements for them to marry each other. Then the boy who seemed like a prince charming turned into a monster. He wouldn’t talk to her, touch her. But Liya is set on turning the stone-cold monster back into a prince. 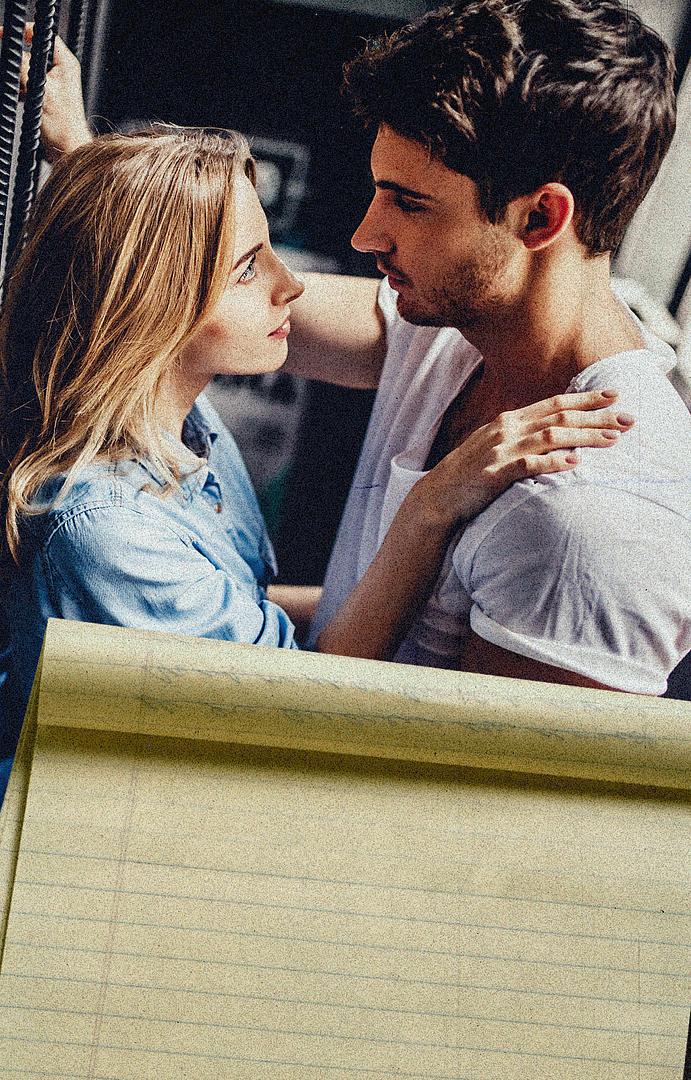 High-School with My Fiancé

When Liya moved into a new town as a child, she found a boy her age who seemed to be a prince charming. But as time passed, destiny had its own plan.

Their parents had made arrangements for them to marry each other. Then the boy who seemed like a prince charming turned into a monster. He wouldn’t talk to her, touch her. But Liya is set on turning the stone-cold monster back into a prince.

“Xavier said he'll be here to pick you up in a few minutes.” Mom said setting my plate in front of me.

“He did? I thought he refused to pick me up.” I sat straight in my seat.

Xavier. My fiance. Even though we were not that old our marriage was planned way before we even had senses. And I accepted it as a part of me. My parents decided it and I've respected it.

I have always loved Xavier. His perfections, scars. Everything. The only man I have ever laid eyes on with some strong as a feeling of love and affection.

My parents moved in here from India when I was three. Dad got his best buddy as his business partner and mom found a friend in his wife. As for me?

I found a boy my age who had been a great friend until the contract. Which bounded us to marry each other. A contract which was laid down by our parents.

I have always gone to an all girls school. So interacting with any other guy over there was an impossible thing to do. So going to the school with Xavier was a big of a deal for me.

Our parents wanted us to go to the Same school. I would be going to the same school as my fiance!

“His Dad asked him to.” Mom said sitting across from me.

I didn't say anything other than devouring my sandwich after that. Even though I have loved Xavier for what seems like my whole life. I cannot help but get nervous around him.

No matter for how long we have known each other. He still doesn't know anything about me. And he hasn't tried either. He has always been cold towards me.

He isn't violent or aggressive but he doesn't care what I do. Not anymore. Everytime I would ask for his opinion he would just shrug his shoulders saying it was upto me.

So I wasn't really looking forward seeing him.

There was a sound of honking. My mother got up cheerfully.

“It must be him. Go. hurry up, Liya. Don't keep him waiting.” I heard a spark in her voice. She ran over to me and almost dragged me out of my chair.

I laughed getting up, “I'm going mom. Chill.”

She pouted, “I don't want you to make him wait.”

She looked so adorable while pouting that I couldn't help but pinch her cheeks. I have always admired my mother as a child. She has never failed me in life becoming a mentor, sister and a best friend.

“I'll be going.” I kissed her cheeks and walked out of the room and outside.

Just at the entrance stood the black car with Xavier leaning against it with black pants and hoodie on. His head was bent down typing into his phone.

As soon as I approached him. He looked up to show me his full face. Face which was full of right cuts and curves. He was wearing black glasses which he took off once looking at me.

He stood straight up passing me ever so soft smile. I felt my heart flatter and couldn't help but pass him a megawatt smile. He ran his hazel eyes down my clothes before looking straight into my eyes.

“Are you wearing that to school?” He asked me unsure.

I looked down at my clothes. It was nothing simple. Since it was my first day of school I thought of wearing a pink glittery top paired with white pants.

“Is it too simple.” I asked turning around. I wanted him to tell me what was wrong. Tell me what he wanted me to wear. If these clothes were too plain for my first day.

Cause you can't blame a girl for not choosing a right outfit who has gone to an all girls school for almost her whole life.

“No.” He said ever so quickly, “it's not simple or plain. It is too much glittery and extra for school.”

Even though he was criticizing me I felt good. It was the first time he was open about his opinion.

“Do you want me to change?” There was hope in my voice.

He put his glasses back on, “Please do if you can. Else it is upto you. We don't have the whole day.”

There we go again with the “upto you" word.

“But since it was the first time he asked me to do something I pranced back into my house and my room running like a maniac and pulling a whole many tops at a time.

My mom entered the room almost running, “Is everything alr-,” she stopped mid sentence when she saw me throwing literally my whole wardrobe out.

“What's wrong?” She asked concerned coming over to me.

“I am looking for a top good enough to wear to school.” I said panting taking more and more clothes out, “which Xavier likes. I hope he likes what I wear.

“Oh my god!” I said frustratedly, “there's nothing in here that I can wear. I don't have anything to wear! I'll get late! We'll get late! He'll be mad! Ughhh.”

Mom put a hand on my shoulder trying to make me calm down, “Liya. Stop. Calm down. I'll pick it up for you.”

I looked at her thankfully, “You are my life saviour you know that, right?”

She laughed before picking up the pile of clothes I threw around. She searched for a bit before coming up with a cream plain tank top.

I took it from her unsure, “Are you sure he'll like it?”

She smiled at me. Her Grey eyes becoming soft at the corners, “He'll love it.”

I sat in the car with Xavier while he drove without even taking his eyes off the road.

“If you want you can play some music.” He said while taking a left.

I snapped my head to my left. Did he just ask me to play some music? Me?

My hands started sweating. I could feel myself getting anxious.

If I were told to play a song in front of ten people I still won't be this anxious at my choice of song as I am right now to play it in front of him.

“Are you?” He asked bringing me back to the car.

“It's fine.” I smiled even though I knew he couldn't see me.

He shrugged his shoulders putting a radio song on, “suit yourself.”

After that I kept quite and looked outside the window. Even the outside world right now had more noise than the insides of the car.

I kept staring out looking at the passersby as the car came to a sudden halt. I looked at Xavier to find him already looking at me.

I look outside the window and the front to see if we were there at school but we weren't. I looked at Xavier confused.

“The school is just five minutes from here.” He explained in a cold voice.

But I still looked at him dumbfounded.

He sighed deeply before hitting the steering wheel lightly, “Liya.”

I nodded letting him know I was listening to him.

“I don't know how to tell you this but you will have to walk from here.”

My breathing hitched. Not because I had to walk the rest of the way. No. But the fact that maybe he was embarrassed of me. Embarrassed that everyone will see us together.

“You are embarrassed.” I wasn't asking. I was stating.

He kept quite and turned his head to the front clenching his jaw tight, “I just don't want anyone to know about our marriage.” His voice was calm and cool as he spoke.

How can he be so calm wherein I am on the verge of screaming and throwing my legs out.

“Oh.” Is all I could get out of my goddamn mouth.

He leaves me abandoned on the road. And the only thing I say is a monosyllabic word. That too not a word!

He looks at me again making it clear that he wanted me to get out of the car. I looked into his hazel eyes before looking down defeated.

Even though he has been nothing but sweet to me whenever we met during get togethers. I knew it was his father. It was because of him that he was sweet and good to me.

But pushing me out of the car in the middle of the road? I wasn't expecting that of him.

I took a deep breath before reaching out for the handle to get out. Before I could open it I heard him again,

“Also, can you try to not contact me during school?”

“Sure.” I said getting out of the car and closing it hard and tight wanting him to know that I was pissed.

But he didn't even acknowledge it. Without any further due he took off for school while I stood there ready for a healthy walk of just five minutes.

“Such a fun way to start the first day of school.” I muttered to myself before taking off with my bag slung over my shoulders.