I Was A Bitch

Lacey Jones wakes up from a coma after two months, and she can no longer remember the last two years. She is suddenly popular in school, has a killer body, and is seeing two smoking hot boys. However, she also realizes she gained all this by being a bitch. But not Finn. Only Finn knows her true self. Now that she has the opportunity to fix her life, will she take it? Or she'll be her bitchy self and continue being with her handsome boyfriend Derek, who might have something to do with her accident? 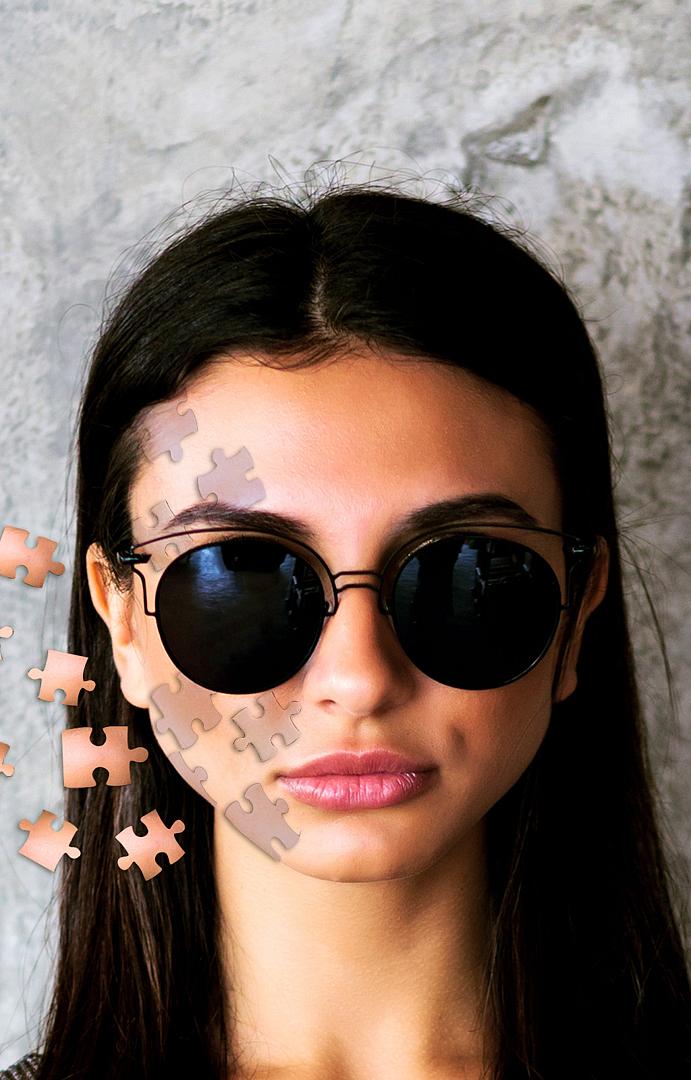 I Was A Bitch

Lacey Jones wakes up from a coma after two months, and she can no longer remember the last two years. She is suddenly popular in school, has a killer body, and is seeing two smoking hot boys. However, she also realizes she gained all this by being a bitch. But not Finn. Only Finn knows her true self. Now that she has the opportunity to fix her life, will she take it? Or she'll be her bitchy self and continue being with her handsome boyfriend Derek, who might have something to do with her accident?

The first question that popped into my head as I drifted back to consciousness was “Why.”

It rang loudly and repetitively as I was still seeing just darkness. My head felt like it was filled with cotton and my eyelids weighed a ton. I tried using all my will to open them but didn’t manage to do anything but flutter them.

My ears were ringing at the different sounds coming to me. Screams. Cries. Name-calling.

What the hell was happening to me?

Were they talking to me?

I tried opening my mouth to respond but couldn’t move. Then someone opened my eyelids for me and a light blinded me as I followed it without even realizing it.

“She’s conscious and waking up.”

My mouth felt like the Sahara and I couldn’t even swallow. A headache was killing me as a thousand questions filled my head. What day was it? Where was I? Why did everything hurt so much? Why couldn’t I open my eyes?

“Lacey, squeeze my hand as hard as you can if you hear me.”

I felt someone taking my hand in theirs and talking to me.

It took all the force in the world to give the slightest squeeze and then I heard more screaming and crying and I still couldn’t see anything.

Everything hurt, everything was too loud and ringing around me, and I wanted to scream, the confusion building up inside of me, but there was nothing I could do.

So, I closed my eyes and fell into unconsciousness, which welcomed me back with open arms.

If they could, my brows would have knitted together in a frown as the familiar feeling of confusion took over my brain. More voices. My throat. God, it was so dry, like sandpaper.

It seemed like I was regaining some functions since I started to blink. Heavily at first and then rapidly.

Come on, open your eyes!

The light was too bright at first and I wanted to shield my eyes from it with the back of my hand like I had a feeling I normally would, but I couldn’t move my arms too much, so I just blinked.

A shadow hid the blinding light from my eyes and I wanted to sigh in relief as my vision became clearer. It was a petite figure, a woman.

She had long brown hair falling in cascades down her back. Worry was painted all over her face as she was staring at me. Then someone asked her to move and another figure took her place to shadow me from the blinding light.

This time it was a man, massive, with odd white attire. He took out something from his pocket while I was blinking some more and then blinded me with a little flashlight while my pupils followed it.

I got a weird sense of déjà vu.

God, he was a mind-reader. I almost squealed as he got closer to me with a cup of water.

It had a straw in it that he placed in my mouth and I started drinking, moaning with relief as my dry throat was slowly beginning to come back to life. I finished the entire cup and sighed slightly.

I opened my mouth and a weird raspy deep voice that I didn’t know would ever come out of my own mouth answered, “Yes, please.”

And then more cries and shouts were heard but I couldn’t make out where they came from. Or from whom.

I drank the other cup of water with the help of the massive man and cleared my throat a couple of times before talking again.

The questions were coming in quicker and more furiously by the minute as confusion was becoming my new best friend. Welcome, confusion, make yourself at home.

My voice was still raspy but it was still better than the first time around.

Hospital? Doctor? What the hell was going on?

“I know this must be really strange and confusing for you right now, but I will explain everything, okay? I promise. But right now, we need to run some more tests. We have to make sure everything is functioning okay.

“Do you mind doing that for me, Lacey?”

This time, I could frown, and I did. But I still answered with a little “yes” and the doctor smiled.

He made the people I couldn’t distinguish leave the room and then asked me to move my toes, legs, arms, and neck.

And once he was sure I could move everything at least a tiny bit, he sighed, seeming relieved and content.

“So, now that we’ve taken care of the physical, I need to know if everything is fine mentally too, Lacey. I will just ask you simple questions. Do you need more water before?”

He took his little notepad and opened another page.

“What is your full name?”

“Where do you live?”

I opened my mouth, ready to answer, but nothing came.

I could see my house, its white picket fence, and my room still decorated as if I was a ten-year-old girl obsessed with pink and unicorns…but what was the address?

“Can you at least tell me the city?” the doctor insisted.

The name made its way up to my brain. “Kirtland, Ohio!” I exclaimed with relief.

The doctor smiled. “Good. What year is this?”

The doctor raised his eyes from his notepad, the smile soon replaced by a frown.

“Could you repeat that for me, Lacey?”

He bit his lip with worry.

I knew it like two plus two equals four, but I couldn’t remember anything about it.

Had I celebrated my birthday? I didn’t even know what kind of cake I had eaten or what presents I had received, as if it was light-years away.

“Okay…I have to go talk to a few doctors, Lacey, hang tight. I’ll call your family in, I’m sure you want to see them now.”

My family…I could picture a few faces now that I was thinking about it.

Two people entered the room and a woman that looked about in her forties bent over my bed, her eyes filled with tears, and started caressing my hair.

“Oh my God, Lacey, my baby girl, we thought…we thought we had lost you.”

And then she full-on cried and I was looking at her, frowning. Some part of me knew she was my mother but the memories of her and me were…so old. It was like she was a stranger even if I knew who she was. The weirdest feeling.

She lifted my body a little to hug me as she sobbed more and more, tears running down her face, some falling on my neck.

“Are you okay? Can you move?” she inquired, her voice breaking a little.

“Tara, give her some space,” a man suggested, pulling her away from me by the arm.

My dad. He was my dad; that was for sure. But it was the same feeling as with my mom. It felt like he was a stranger.

“Hey Lacey, how are you feeling, kiddo?” he asked.

I could hear he was on the verge of crying too and this was all too much for me.

I wanted to scream and run, escape this feeling of confusion and terror, but I stayed stuck, lying on my bed, looking at the two strangers I knew were my parents.

“Do you remember anything from the accident?” my mom inquired, placing a strand of my hair behind my ear gently as if I was a little girl.

The accident? What was she talking about? What accident?

Oh right. I was in the hospital. There must have been a reason for that.

God, my brain was working slowly.

“No. What happened to me? Why am I here?” Tears of terror finally escaped my eyes and my mom wiped them with her thumb as soon as they fell down my cheeks.

My eyes fell to her hand taking mine and I noticed I had needles in it, with tubes branching to my arm. It was the most terrifying sight, so I looked away.

“You had an accident, kiddo,” my dad explained.

“Your car…smashed into another and you…” He looked up a little, surely to retain his tears. “You almost died but then the doctors managed to keep you alive and now… Now you’re awake and this is…a miracle.”

And then he started crying too and my heart was hurting and I wanted to scream again. He still felt like a stranger to me.

“I don’t remember anything…” I confessed with fear. “How long…how long have I been here?”

The two strangers—scratch that—my parents looked at each other for a second then back at me with a look, the oh, honey! look of pity you give to meaningless people.

“Kiddo, you’ve been in a coma for two months.”

The air felt like it was sucked out of my lungs for a second as I stared at my father in shock. Two months. No. This was impossible. I couldn’t have slept for two months, could I?

“The doctor said…he said you thought you were sixteen…” my mom started, sounding a little unsure.

“Honey, you’re eighteen. Remember your birthday party with all your friends? Derek bought you the diamond earrings and a beautiful necklace and took you to dinner. Remember?”

Derek? Who in the hell was Derek? And what was that crazy talk about me being eighteen?

Two months plus sixteen didn’t equal eighteen! What in the world was going on? Oh God. I felt so tired all of a sudden. I just wanted to drift into sleep, where nothing mattered and my mind couldn’t play tricks on me.

Oh confusion, I don’t want you in here!

“I’m tired,” I whispered, feeling my eyelids getting too heavy for me to even pretend anymore.

“Oh, of course, honey, we’ll let you sleep. We can talk about it later. I love you so much sweetie.” My mum sniffed.

I closed my eyes and fell back into sleep, finally stopping my brain from overload.