I'll Fight For You

Claire Walker is an undefeated street fighter and a straight-A student. Blake Johnson is a stereotyped bad boy who has a secret brain. To know her reason for fighting, you’ll have to strike into her past; to understand him, you’ll have to duck beneath the surface. There’s one question left: are these two ready for the fight of their lives? 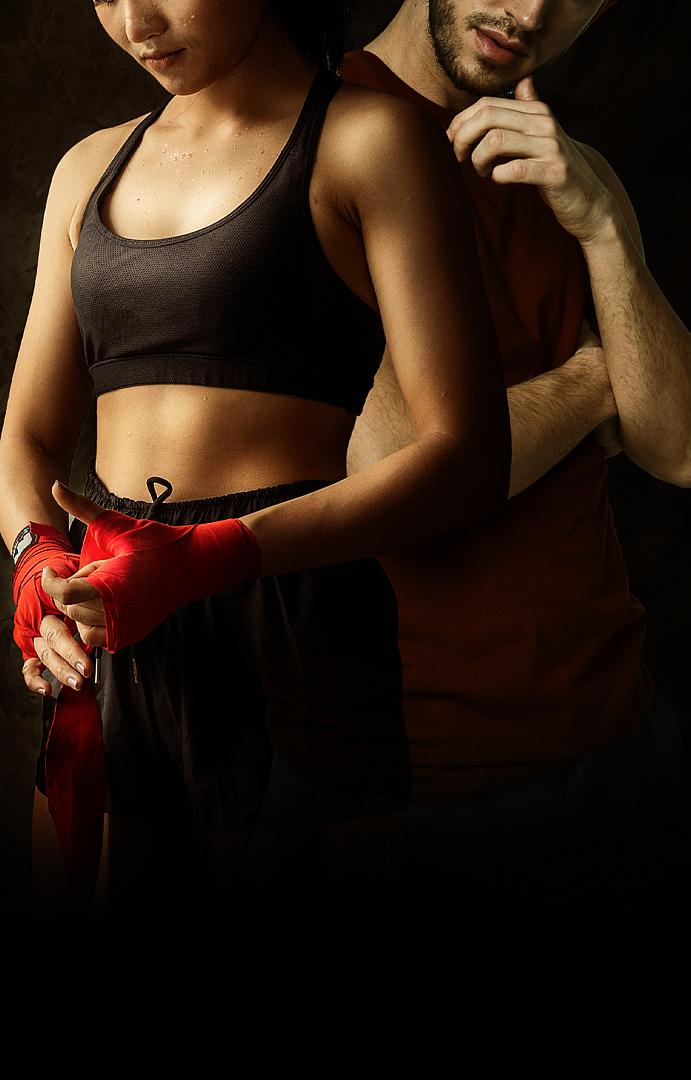 I'll Fight For You

Claire Walker is an undefeated street fighter and a straight-A student. Blake Johnson is a stereotyped bad boy who has a secret brain. To know her reason for fighting, you’ll have to strike into her past; to understand him, you’ll have to duck beneath the surface. There’s one question left: are these two ready for the fight of their lives?

1.Glare daggers at the opponent so they’re somewhat intimidated by you

2. Fake a left, then swing right

3. While they’re in their state of shock, make a right uppercut

4. Duck, once your opponent swings for your face

5. Bring out your leg and trip them

6. Once they’re on the ground, make sure you’re in a saddle stance (Both legs spread apart so it’s harder to knock you down)

7. As soon as they get up give one last, hard blow to the face

“Winner... White Wolf!” The guy I was fighting lay on the ground, most likely unconscious. My hood was still over my head, covering my light brown, shoulder-length hair.

Light hazel eyes were the only thing that showed from under my hood. If you asked me, I think I looked like some sort of dark predator that would strike at any moment.

My body hummed with adrenaline as I itched uncomfortably at the sweat I was beginning to feel in my black belly-high shirt, with matching black booty shorts.

I use a different technique almost every time I fight someone new. As soon as I see my opponent, I eye him or her up to see the best way I can take them down and use whatever strategy I have for them.

I raised a hand and wiped the sweat off of my forehead when I heard many people scream my name in victory from the crowd.

A small smirk appeared on my lips as I looked at my bloody and bruised opponent on the floor. Yet, I still felt no guilt or remorse for what I did. I never do.

He knew what he was signing himself up for the moment he agreed to fight me. And I, as a street fighter, am built to feel nothing for my actions when I fight. That’s just how it is.

That, was currently my fourth win this night and I was starting to tire out a little. But not that much. The most fights I’ve had in one night have been fifteen. Though, I still managed to win every single fight.

I was basically undefeated. Guys usually hate it when they see me because I’m a girl, but I just take that as an advantage. Usually, I’ll show them how “girly” I am when it comes to me and fighting.

They think it’s a joke that I’m girl. Well, I simply show them the funny part of the joke: Me beating them to the ground. Sure it’s not funny to them, but for me, of course it is.

“Alright, White Wolf, you’ve made ten grand so far. Want to continue, or leave with the money?” Nancy, my manager, asked me as she waved the ten grand in my face.

Smiling, I brought out my water bottle. I unscrewed the top, bringing the cool and refreshing liquid to my lips, before I gulped down the water.

“Leave. I’m a little tired anyways,” I answered Nancy. I grabbed my seven grand from her, and left her with three grand.

That was how it was with Nancy and me. Nancy was basically the only one who really understood me. She saw my fighting skills one night and offered to help me continue to grow, as long as she became my manager in all of it.

I gladly accepted, and as time went by, we grew closer and more comfortable with each other’s presence. She could’ve even been categorized as the older sister I never had.

I still had parents, of course. However, they both liked to drink. My mother smoked, but it was rare. My dad was the one who liked to drink and smoke.

I don’t know what happened that changed them so drastically when I was younger, but that was all in the past. It was better to leave it how it was, anyways.

I go out every two nights to the streets and street fight. I’ve also had girls fight me, and have them leave with bloody noses or even broken noses.

Nancy nodded and headed over to tell the announcer. It was then that I felt someone’s eyes burning into the back of my head.

I whipped around and searched the crowd, until my eyes landed on a pair of stormy, grey orbs staring right back at me.

My hood was always on so no one could see who I really was. Not even the moron who came every two nights to watch me fight and see if he could find out who I was.

I stared back at him, keeping my gaze on Blake Johnson. Blake was the supposed ‘bad boy’ at our school. But even I know it isn’t true. He’s just labeled that stereotype because of his popularity and player ways.

Apparently, you’re a “bad boy” if you’re in with the populars, play every girl like game pieces, wear leather jackets, and own a motorcycle. I always make sure that I stay out of that crowd though.

I make no friends because I won’t risk them getting hurt. As I said before: I’m basically undefeated. But, that also means I have many enemies and people who are not only out for revenge, but my blood as well.

Besides, I’ve learned what it is to love… and look how that turned out. As you can probably tell, he’s gone.

The boy I fell in love with—and was convinced was in love with me—left. Right then, I knew to learn to build a barrier around my heart.

I would protect myself. I wouldn’t let the same heart break I had to live through happen again.

I glare once more at Blake, before turning my attention back on Nancy. Funny thing is: Blake’s always been interested in White Wolf.

The only reason my boxing name is White Wolf is because my favorite animal will always be white wolves, and that I’m, and I quote, “As ferocious and feisty” as a White Wolf itself. So, that became my boxing name.

But Blake always seemed curious about White Wolf, and has been trying to figure out who she is.

The only thing is: He’s a lot closer to knowing who it is then he thinks. We go to the same school, and are also neighbors. Yup, that’s right: Neighbors.

My name, is Claire Walker, and again, he doesn’t even seem to notice me because I make sure to stay out of the crowd. I don’t want to be noticed at all.

Blake doesn’t even pay attention to Claire, but it seems as though he’s fallen for White Wolf.

As if! I scoff in my head. There’s no way I’d ever give ~him~ a chance. I have my valid reasons for boxing, and doing it for attention is honestly one of the small reasons I do it.

I box to brag in guys’ faces about how they literally got beat by a girl and because of my own reasons.

I’m 17, and in my last year of school, senior year. Seven months of school are left.

“White Wolf, come on.” I turned my head to see Nancy on the phone, motioning me with her hands to grab my stuff and go. I nodded and turned back to grab my iPhone, gym bag, and water bottle.

With one last glare towards Blake, I turn and follow Nancy to her blue convertible.

“Nice technique. You have three more in two nights. So be prepared,” Nancy commented, pulling out of the street where we parked, and headed to my parents’ house.

I had my license, just not my own car. I have enough money to buy a car, but that would mean taking up time.

And I have no time to waste with my school work, boxing, and parents to deal with all at the same time. Not to mention the constant fear of being taken, jumped, or killed for revenge.

I nodded my head at Nancy. “Thanks,” I told her shortly. I never really looked for a conversation. I wasn’t in the mood.

Normally, when I’m in the mood is when I’m not so tired and grumpy, which is rare. It might be on the weekends when I’m more in a good mood. I guess it’s because I get the sleep I need.

As Nancy pulled up to my house, I gave her a quick hug and wave, before getting out and walking onto the path of my gravel driveway.

I look over and see Blake’s bedroom light on. Figures. ~His light would still be on at one in the morning,~ I thought sarcastically.

I quietly open the front door and look at the couch. My mom is laid on her side asleep, as my dad is passed out in his favorite recliner.

I decide to be nice and grab two blankets to sprawl out over them, just so they’re at least warmer and more comfortable.

My mom lets out a quiet groan and stirs around, before getting comfortable and falling back to sleep again. My dad doesn’t do anything, just sits still and snores gently.

I kick off my shoes and flop on my mattress. It was a Friday so I had all weekend to be at least a little more relaxed.

I quickly fell into a deep sleep soon. Though I was sure that I’d have another stupid memory. I always do.

Every night I have a small memory of my past and sometimes it gets to the point where I can’t take it and I go down to the gym to train.

I wouldn’t be surprised if it happened again, ~I thought, closing my eyes and wishing to fall into a dreamless sleep.~