Savannah Wilson is just your normal teenage girl… well, as normal as a teenage werewolf can be, anyway. That, and she's still wondering why her older brother disappeared several years ago on his sixteenth birthday.

Then, several days before her very own sixteenth birthday, her brother returns and reveals something that will turn Savannah's life upside-down. If you thought being a werewolf was different enough, just wait till you hear the whole story! 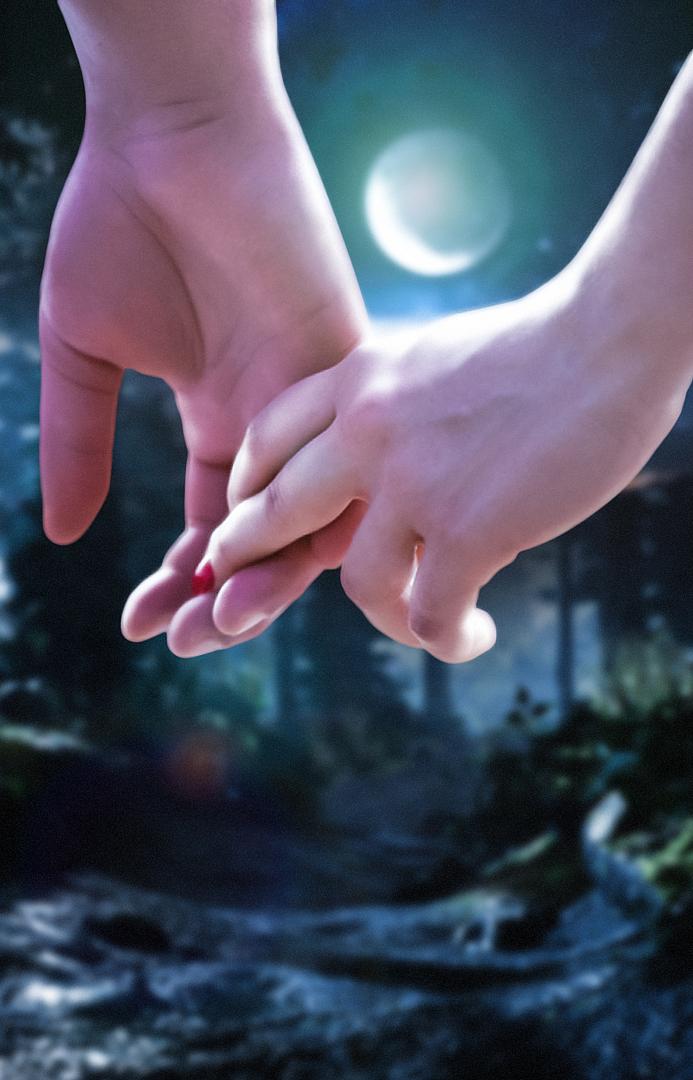 Savannah Wilson is just your normal teenage girl… well, as normal as a teenage werewolf can be, anyway. That, and she's still wondering why her older brother disappeared several years ago on his sixteenth birthday.

Then, several days before her very own sixteenth birthday, her brother returns and reveals something that will turn Savannah's life upside-down. If you thought being a werewolf was different enough, just wait till you hear the whole story!

I was surfing on a slice of pizza when I felt my body hit a hard surface. I open my eyes and soon discover that I’m lying on my bedroom floor with my best friend, Gabbie, laughing her head off on my bed.

“What the heck?” I ask, dazed, looking around rubbing my eyes. I thought I’d fallen asleep on the bed.

“I tried waking you up, but you wouldn’t, so I decided to push you out of bed.” She laughs, jumping down off my mattress, which was sideways.

“You know there are nicer ways to wake people up,” I say, getting up off the floor, rubbing my arm. I look down to see it’s red, fantastic! It’s gonna bruise a day before my birthday!

I turn sixteen tomorrow. Everyone is so happy for me, but I don’t really know how to feel.

For those of you who don’t know, when a werewolf turns sixteen they shift for the first time, which means they’re able to find their mate.

“Now hurry up and get ready. We have to leave soon,” she tells me, walking out of my bedroom. I shake my head annoyed.

Why I chose her as a friend I will never know. With that thought, I start getting ready for school, putting the thought of finding my mate at the back of my mind.

It takes me around half an hour to get ready. I spend most of that time trying to sort my bed out.

I make my way downstairs to see Gabbie talking with my parents. My father is eating his breakfast while my mother look like she was cleaning.

“Good morning, family.” I smile as I walk, throwing my bag on the floor.

“Morning, sweetheart,” my dad says, while my mother just smiles at me but doesn’t speak. Something is bothering her, but I don’t know what. I mean, she could just be tired.

“It’s your birthday tomorrow!” Gabbie shouts, causing everyone jump with her random outburst. She’s a very loud person, which this family isn’t used to.

I just shake my head, walking over to the fridge to find something quick for breakfast. I decide on a yogurt, but I lean against the counter to eat it.

“You’re gonna be able to find you mate!” she says happily, but my mum just tenses, looking like she was about to throw up. I thought I was meant to be the nervous one here.

“Are you okay?” I ask. She just nods, saying she needs fresh air, before walking outside leaving me totally confused.

“Is she okay?” I ask my father, who folds up his newspaper, rising to his feet, smiling.

“She’s fine, she just doesn’t want you to grow up. Have a nice day at school.” He smiles, placing a kiss my head before walking out after my mum, leaving Gabbie and I in the kitchen.

“Ready to go?” Gabbie asks, taking my yogurt off me, walking out. I pick my bag up, annoyed at her.

“Hey my yogurt!” I shout, following her out the door. By the time I make it outside, she’s already eaten it all.

I’m walking toward the door after school. Gabbie was gonna come over, but her parents said if she wants to hang with me on my birthday, she has to finish her school work.

My mum and dad were walking out the door as I walked through.

“We’re just popping out for a bit, sweetheart, to get some stuff. Someone’s waiting inside for you.” My dad smiles, while my mum just walks straight past me and toward the car.

Is she trying to avoid me or something?

I smile, walking through the door, just dumping my bag on the floor. My stomach rumbles, so I make the short journey to the kitchen, my hunger making me forget what my dad said.

I walk past the window when someone catches my eye. I look closer and realize it’s my older brother, Ryan, who I haven’t seen in nearly three years! He said he just wanted to get away for a while and hasn’t come back since.

I run to the back door but stop just before I open it. I mean, do I want to make it seem like I really missed him? He hasn’t called or anything for the whole three years and now he’s turning up out of the blue.

I decide to put on an act that I don’t care, ’cause hopefully that will get to him. I open the door slowly to see he’s throwing rocks at the garden fence.

He always did that if something was playing on his mind, but he hasn’t noticed I’m here yet.

“What you doing here?” I ask, walking out with my arms crossed. This made him jump and turn to look at me, mouth wide open, might I add.

“Savannah,” is all he said as I lean up against the wall, my arms still crossed.

“Last time I checked, but let’s not forget the fact that you ran off,” I say, still annoyed at him. I haven’t had the chance to talk to him about it ’cause he’s been ignoring me for nearly three years!

Wow I didn’t know it annoyed me that much.

“I’m sorry, Savannah, but I just needed to get away,” he says, finally forming a sentence. He walks toward me. I just continue to lean on the wall.

“Why come back now, then?” I question, as he comes to a stop in front of me. This makes him smile and nudge my arm.

“Why do you think? It’s your birthday tomorrow. I couldn’t miss that.” He smiles, making a little smile form on my lips. I never stay mad at people for very long. I’m a lover not a hater!

He opens his arms for a hug. I laugh a little before accepting it. He holds me tightly, sounding like he’s taking deep breaths. Like he’s taking in what I smell like.

I don’t think much about it and just hug back, finally giving in to the fact that I missed him.

We talk for a few hours just about what’s been happening here. I was so concentrated on the fact Ryan’s back, that I didn’t even realize my parents were out the whole night.

“So where did you go?” I ask, sitting next to him on the sofa after we finished a dinner that was left in the oven from mum.

“Just with friends for a while, but I missed home so much,” he says, smiling as he looks around for the remote. It’s like he’s trying to avoid questions about where he was or what he was doing.

“Why didn’t you come back before then, if you missed it so much?” I ask. He seems to freeze, like he’s quickly trying to think of an answer on the spot.

“I just wanted an adventure I guess, break out of this boring town and see the world,” he says, making me smile, but then I yawn. It’s getting late. He finally finds the remote, turning the TV to a random channel.

“You should get some sleep” he says, catching how many times I’ve yawned. I mean, I had school today and that’s mentally draining as it is.

“But I’m not tired,” I say, laying my head on his shoulder, feeling my eyes close. he wraps his arm around my shoulders.

“Goodnight, Savannah,” he says as I fully drift to sleep.