Terminated for inappropriate behavior, all because of a video taken when I was on vacation with my friends—a private video made on my private time. Or so I thought…

Pissed off, I cracked open a bottle of wine and wrote my own letter to the gazillionaire CEO. I didn’t think he’d actually respond. Now I'm back at the company but there was no way I was getting involved with my boss’s boss’s boss. Even if he was ridiculously gorgeous, confident, and charming.

It would be completely wrong, inappropriate even. Sort of like the video that got me into trouble to begin with. Two wrongs don’t make a right. But sometimes it’s twice as fun. 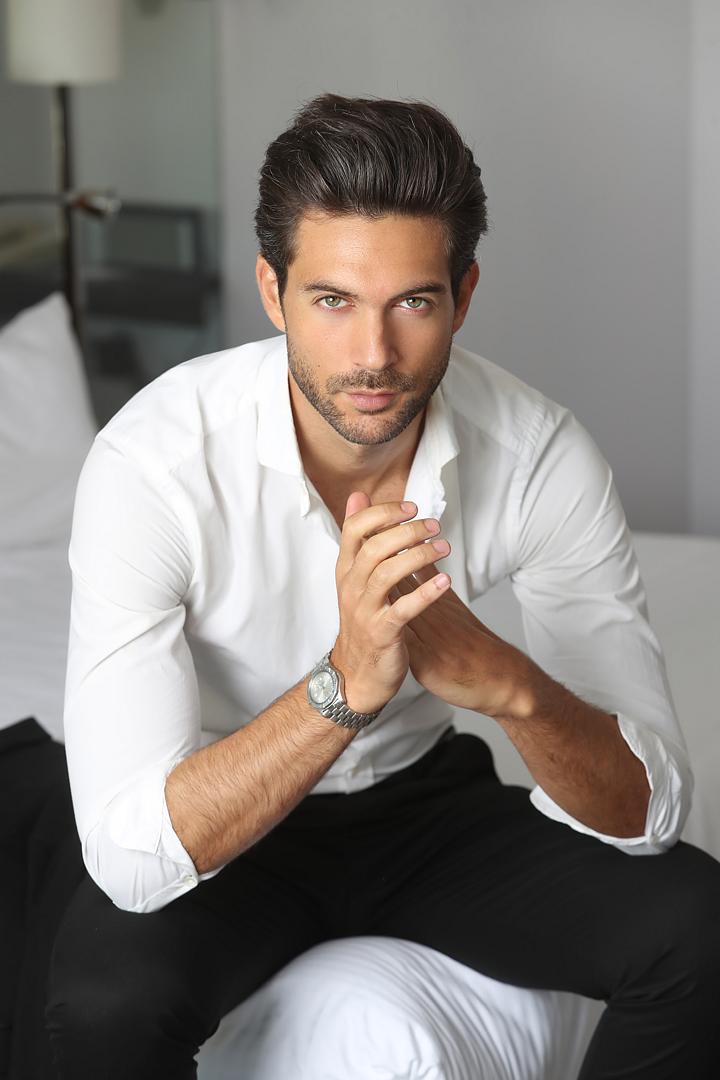 Terminated for inappropriate behavior, all because of a video taken when I was on vacation with my friends—a private video made on my private time. Or so I thought…

Pissed off, I cracked open a bottle of wine and wrote my own letter to the gazillionaire CEO. I didn’t think he’d actually respond. Now I'm back at the company but there was no way I was getting involved with my boss’s boss’s boss. Even if he was ridiculously gorgeous, confident, and charming.

It would be completely wrong, inappropriate even. Sort of like the video that got me into trouble to begin with. Two wrongs don’t make a right. But sometimes it’s twice as fun.

I lifted my head from the pillow and winced. This is why I rarely drank. A belligerent hangover and a 3:30 a.m. wakeup time don’t make for good bedfellows.

Reaching over toward the annoying buzzing sound, I patted around my nightstand until I somehow managed to find my phone and silence the alarm.

Ten minutes later, the sound returned. I groaned as I dragged my body out of the comfort of my bed and headed to the kitchen for some much-needed coffee and Motrin.

I’d probably need to ice my eyes, too, in order to look halfway presentable on air this morning.

I was mid-pour, steaming coffee filling my mug, when suddenly the reason for last night’s inebriation and my resulting hangover hit me. How the hell had I forgotten?

“Ouch! Shit! ” Hot coffee spilled over the top of the mug and scalded my hand.

I ran my hand under cold water and shut my eyes. What the hell had I done? I wanted to crawl back into bed and go back to forgetting.

But instead, all the details from yesterday came flooding back like a tsunami.

An hour after I’d wheeled my luggage through the front door, returning from a week in paradise, a letter had arrived via messenger.

In a form letter.

The day before I was scheduled to return to work from vacation.

I felt nauseous. It was the first time I’d been unemployed since I was fourteen years old. Not to mention, the only time my departure wasn’t of my own accord.

I turned off the water and hung my head, trying to recall the exact wording in that damn letter.

We regret to inform you that your employment at Lexington Industries has been terminated, effective immediately.

Your employment has been terminated for the following reasons:

- Violation of Conduct Policy 3-6. Using the Internet and/or other communication media to engage in sexual conduct or lewd behavior.

-Violation of Conduct Policy 3-7. Engaging in other forms of sexually immoral or objectionable conduct.

Severance pay shall not be paid because your termination was for cause. Within thirty days, we will issue a letter to you outlining the status of your benefits.

The personnel office will coordinate your final paycheck and work with your supervisor on the collection of your personal items.

We regret this action and wish you the best of luck in your endeavors.

There had been a thumb drive included in the padded envelope, which contained a thirty-second video one of my friends had taken on the beach.

I felt a burn traveling up my throat, for reasons other than the likely alcohol poisoning I’d subjected my body to.

My job. It had been my life for the past nine years. And some stupid, grainy video had made everything I’d worked my ass off for vanish like a puff of smoke.

Standing upright clearly wasn’t the answer to that question, so I took my pounding headache back to the bedroom and crawled under the covers.

I pulled the comforter up and over my head, hoping the pitch black might swallow me alive.

Eventually I managed to fall back asleep. When I woke up a few hours later, I felt slightly better.

Though, that didn’t last for very long—not once I realized I’d only remembered half the events of last night.

My roommate and best friend, Mia, poured me a cup of coffee and heated it up in the microwave. She looked pretty hungover herself.

Elbows propped on the kitchen table, I held my head upright in my hands—sort of. I looked at her through one squinted eye.

She sighed. “I still can’t get over the fact that they fired you. You have a contract. Is it even legal to sack someone for something that happened when they weren’t at work?”

I sipped my coffee. “Apparently so. I spoke to Scott about it a few minutes ago.” I’d sucked up my pride and called my ex.

He was an asshole, and the last person I wanted to talk to, but he was also the only lawyer in my contacts. Unfortunately, he’d confirmed that what my employer did was perfectly legal.

“I’m so sorry. I had no idea a day at the beach could turn into something like this. It’s all my fault. I was the one who suggested we go to the topless section.”

“What the hell was Olivia thinking, posting it on Instagram and tagging all of us?”

“I’m thinking the piña coladas that cute cabana boy was serving us with an extra shot of rum had her not thinking at all. But I don’t understand how my job knew about it.

“She tagged my private account—the Ireland Saint James one—not my public Ireland Richardson account the station runs for me. Or used to run, I suppose. So how did they even see it?

“I double-checked my settings this morning to make sure I hadn’t somehow changed them to open—and I hadn’t.”

“I don’t know. Maybe someone from your job follows one of us who has a public account.”

“Did the asshole respond to your email, at least?”

I furrowed my brow. “What email?”

“The one you sent to the president of your company.”

Apparently rock bottom has a basement.

One week after I paid the second and biggest payment required on the construction contract for my first home.

The likelihood of getting a good recommendation from my current employer? Zilch after I went on a drunken rampage and told the guy who works in the ivory tower what I thought of him and his company.

Between plunking down most of my life savings for the down payment on the land I bought in Agoura Hills, and being a big shot and covering the entire bachelorette party’s alcohol tab for a full week in the Caribbean, I had about a thousand dollars to my name.

Not to mention, soon my roommate would be getting married and moving out, taking half the rent she paid each month with her.

When hell freezes over.

The news media industry was about as forgiving as my bank account after a day at the mall.

I’d have to go back to independent contract work, writing magazine articles for pennies per word to make ends meet. That part of my life was supposed to be over.

I’d killed myself—working sixty hours a week for nearly ten years to get where I was now. I couldn’t walk away from that without a fight.

I had to at least attempt to salvage things—enough to get a recommendation that wasn’t scathing.

So I took a deep breath, pulled up my big-girl panties, and opened my laptop to refresh my memory on the specifics of what I’d written to the president of Lexington Industries, since more than half of it was fuzzy.

Maybe it wasn’t as bad as I thought. I clicked into my sent box and opened the message.

I shut my eyes. Shit. Well, there goes that wishful thought. But maybe he won’t get my humor; he’ll just think I got his name wrong. That’s possible, right?

I reluctantly went back to reading while holding my breath.

I’d like to formally apologize for my minor indiscretion.

If only I’d stopped reading there.

You see, I hadn’t realized I worked for a dictator.

God, I’m such an asshole when I drink too much. I blew out a loud stream of shaky breath and ripped the Band-Aid off.

I was under the impression that I had the right to do what I pleased while on my own time. Unlike your silver-spoon ass, I work hard. Therefore, I deserve to blow off some steam once in a while.

If that entails getting a little sun on my ta-tas while on a girls-only private vacation, then that’s what I’ll do. I wasn’t breaking any laws. It was a nude beach.

I could have gone fully nude, but I just chose to go topless. Because, let’s be real—I have great tits.

If you’ve watched the “offending video,” which your uptight human resources director saw fit to provide me on a thumb drive along with a bullshit termination letter, you should consider yourself lucky you got a glimpse of them.

You might even consider adding it to your spank bank, perv.

I’ve spent more than nine years working my ass off for you and your stupid company. You can both go to hell.

Okay. I had a steeper uphill battle to smooth things over than I’d hoped. But I couldn’t let that deter me.

Maybe el presidente hadn’t even read my first email yet, and I could start my next attempt by asking him to ignore the original one.

If I wanted any shot of finding a job within the industry, I couldn’t have a bad recommendation. Since they’d violated my privacy, the least they could do was be neutral.

I broke out in a panicky sweat and chewed on my fingernail. I wasn’t above begging. So I copied and pasted the president’s email address and opened a new message. Time was of the essence here.

But just as I started to type, my laptop pinged, letting me know a new email had arrived. I clicked on it, and my heart nearly stopped as I read the email address:

I tried to swallow, but my mouth was suddenly dry. This was not good. I just wasn’t sure how bad it was yet.

Thank you for your email…which this silver spoon read at two in the morning, because I was still at the office working.

From the tone of your letter—one littered with grammatical errors from a woman with a journalism degree—I’m assuming you wrote it while drunk.

If that’s the case, at least you no longer need to get up in the morning. You’re welcome.

For your information, I have not viewed the video you referred to.

But if my spank bank ever runs a little low, perhaps I’ll dig it out of my trash folder—along with the standard letter of recommendation your superior had planned to give you.

I let out the breath I’d been holding. Oh fuck.