Just a Few Steps Away

From the author of You Make Me Happy.

Jennifer Bailey is eighteen, but she’s never been with a guy. Ever! She’s never even been kissed. So when some new neighbors move in next door, of course Jennifer is the first to notice Jake, the hot nineteen-year-old son. It doesn’t help that they can perfectly see into each other’s rooms! 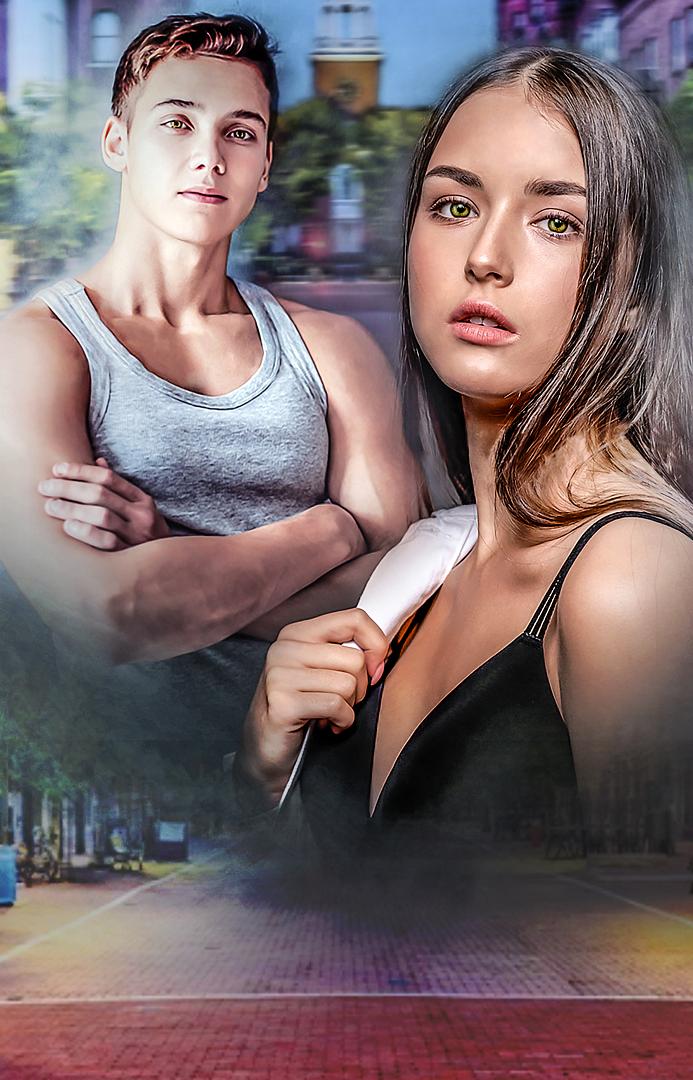 Just a Few Steps Away

From the author of You Make Me Happy.

Jennifer Bailey is eighteen, but she’s never been with a guy. Ever! She’s never even been kissed. So when some new neighbors move in next door, of course Jennifer is the first to notice Jake, the hot nineteen-year-old son. It doesn’t help that they can perfectly see into each other’s rooms!

Waking up, I immediately knew something was wrong. There wasn’t the usual silence that’s always present in our neighborhood: I could hear my parents pacing downstairs.

I got out from under the covers and put on a white cardigan before stepping out of my room. I walked out, immediately hearing the whispers my parents were sharing between themselves.

I reached them in the living room, where my mother was holding her face in her hands. My dad looked up at me. His expression saddened.

My mother stood up. She walked up to me and hugged me tightly, and my dad followed. I hugged them back, even though I had no idea what was happening.

“Jennifer...” my mother started but choked. I looked at my dad, worried. “What happened?”

I stared at him in shock, unable to believe what had been said to me. Mrs. Evans was dead. The woman who practically raised me was dead.

“What?” I asked, even though I had heard him perfectly.

“I’m sorry, pumpkin,” my father told me, hugging me tightly. I buried my face into his chest, releasing the tears that I was trying hard not to show.

“Mrs. Evans was our neighbor. I’ve known her my whole life, especially since she was the one who took care of me most of the time. My parents are both very busy people, so when I was little I would often go to Mrs. Evans’ house to hang out. I considered her like my grandmother.

She was a sweet woman. She always had a smile on her face, and her cooking was just amazing.” The crowd chuckled. I kept talking. “When I think of my childhood, I think of her. I think of all the moments we’ve shared. Most of them are good memories, some of them are sad, but I know that I’ll always cherish every single image that I have of her. She’s always had a special place in my heart, and she always will. I love you, Louise. Rest in peace.”

The crowd started clapping politely as I stepped down from the podium. I wiped away my tears and walked towards my parents.

“You did amazingly, sweetie,” my mother told me. “She would’ve been proud of you.”

“Thanks, mom.” I looked over at my sister, who was looking at her phone, as usual. I gave her a little nudge. “Summer, show some respect.”

Summer rolled her eyes at me. “I didn’t even know the woman. I’ve seen her, like, once.”

“You’ve seen her more than once,” I complained. “In any case, it’s not polite to look at your phone. Especially during a funeral.”

I sighed and listened to the next person giving their speech, ignoring Summer’s tapping on the screen, and tried to concentrate on Louise’s passing. I was going to miss her.

The day after the funeral, we had to drive to Mrs. Evans’ lawyer. He called us into his office. “Thank you for coming. Take a seat.”

When we were all seated, he started speaking. “First of all, I’m sorry for your loss. I’ve been Louise’s lawyer for a long time, and I can safely say that she was one of the best clients I’ve ever had.”

“Thank you,” my mother said.

“So, you’re all here today because Louise wanted to give each of you something special. You were a very important part of her life, and even though she didn’t connect as much with some of you,” he glanced at Summer, “she always loved you.” He pulled out a sheet of paper from his desk drawer. “Her will.”

He looked up at our faces. “To Summer Bailey, I leave all of my makeup and jewelry. She was always the prettiest girl in the neighborhood, and I hope she’ll appreciate this gift.”

He paused. “To Mrs. and Mr. Bailey, I leave half of my wealth. The other half will be given to a charity of the Bailey family’s choosing. I also give them my secret chocolate chip cookie recipe. The kids always loved those cookies, and I hope they’ll remember me every time they take a bite.”

My mother gasped. “Half of her wealth?”

The lawyer nodded. “Yes. She didn’t have any relatives and you were the closest thing to a family she had.”

My mother still looked shocked, but she didn’t say anything, so he kept reading. “To Jennifer Bailey, I leave Mr. Bear. She used to love that toy, and I hope that it’ll remind her of the good times. I also leave her a letter, that my executor will give her directly.” The lawyer pulled out an envelope and handed it to me.

I’ll be honest, I was hoping for a bit more. I mean, my sister, whom she barely knew, got probably hundreds of dollars’ worth of jewelry, while I got an old doll.

I hoped the letter would at least give me an explanation.

“Mrs. Evans also says that the Bailey family can take whatever they want from her home. The rest will be given away or thrown away.”

After he had read everything, the lawyer stood up. “Again, I’m sorry for your loss.”

We were about to leave when he exclaimed. “Oh wait! I almost forgot,” he said. “Mrs. Evans already had a family that wanted to buy her house. I already called them and told them about Louise’s passing, and I just wanted to warn you that they’ll probably arrive next week or so.”

“Just a week?” my mother asked.

“Yes,” he answered simply, without giving an explanation.

Great. So not only did my fake grandmother died, but now some family will move in as if nobody lived there before. Right then and there, I promised myself not to be friends with them.

When we got home, I ignored my family and locked myself in my room. I held the letter in my hands for a long time, staring at the inscription To Jennifer.

Tears immediately started stinging my eyes, but I held them back.

I wanted to open the letter, but I was afraid. What if she gives me something worse than a doll? What if she tells me a bad secret? What if – ?

I took a deep breath, closing my eyes, and opened the letter.