They say that being rejected by your true mate is the most painful thing a wolf can experience. Well, Scarlett Henry has been rejected twice, and both times sucked about as much as you’d expect. But when you’ve gone through that kind of pain, what else is there to do but embrace it and make it your own? 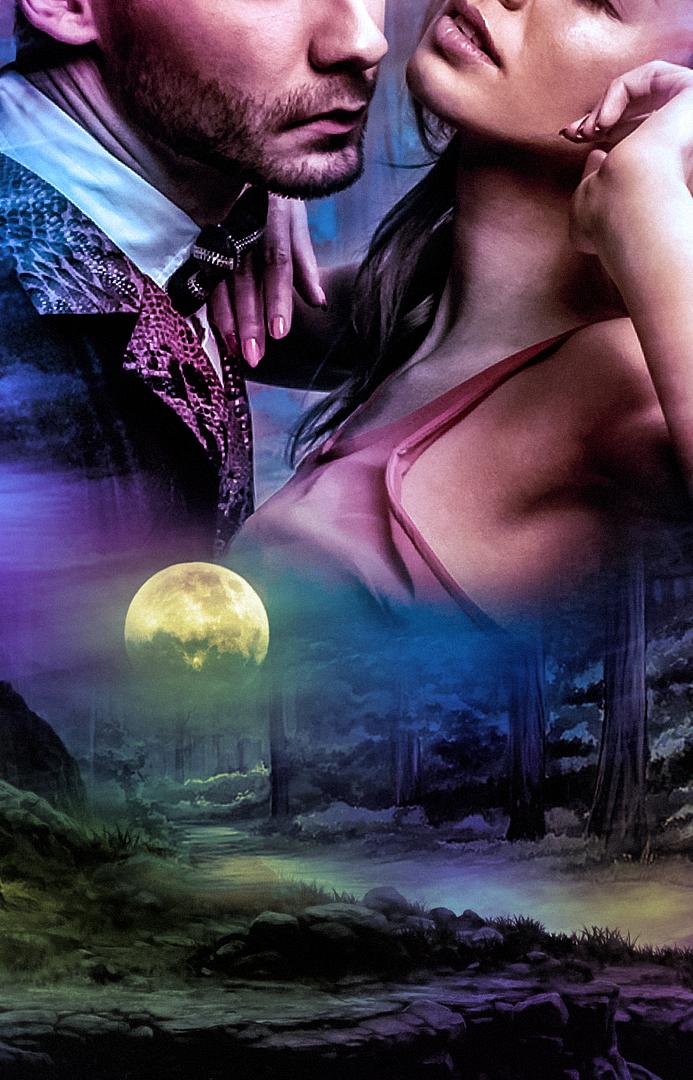 They say that being rejected by your true mate is the most painful thing a wolf can experience. Well, Scarlett Henry has been rejected twice, and both times sucked about as much as you’d expect. But when you’ve gone through that kind of pain, what else is there to do but embrace it and make it your own?

I’m Scarlett Henry. Yeah, I know, I know. I have two first names. Unless you do not care about that—in that case, I’m a werewolf. Did I just get a lot more interesting?

I live in a pack called Red River Pack. It was named after the natural red lake on our territory.

Some say that our ancestors were at war with the other species. Those that were killed in battle were buried where the river is now. Because of this, the river took on the color of blood—its fallen soldiers.

Personally, I believe that the ground beneath the river has some natural unharmful chemical that turns the water red. I think it’s pretty cool and a blessing from Mother Nature and the Moon Goddess.

Other than myself and my best friend, no one really enters the river because of the story. Others think that they would be painted red if they swam in the lake. Believe me when I say you won’t turn red. I’ve swum in it countless times.

Due to the chickens in my pack being afraid of the lake, it has become my safe zone. I’m here almost every single day, no matter the weather.

Sometimes I wish I was a mermaid.

My life is pretty awesome and relaxed. I’ve got an awesome best friend, Anita, awesome parents, and four manly and strong . . . sisters.

Let’s talk crush! I have a huge crush on a super sexy boy. Of course, he is super sexy and next in line for the Alpha title. You would think I was still in high school with how I act around him and google him.

But this crush that I adore and want has a girlfriend. What hot guy wouldn’t have a girlfriend?

Enough about me. My alarm just went off, which means it’s a new day in the life of this bitch we call College Life.

I do a few stretches, train, and then get ready for the world of school. I have the bone-crushing urge to ditch school, but I can’t. It would be foolish, seeing that it’s my last year and exams are right around the corner.

I feel very comfortable today with my long-sleeve white shirt, comfortable red long pants, and black boots. Usually, I would walk the hallways with Anita, but she isn’t here today. She needed to retake the warrior exams.

I’m the first to arrive in class, which is crazy. My first class for the day is business law, and I hate it and don’t care much for it.

I take my seat and get out the material for the class. I busy myself by reviewing what we went over last time. Soon the classroom begins to fill with students.

My heart starts to beat as I can smell him getting closer. My crush and soon-to-be alpha, Jeffrey Tucus. Oh yeah, and his girlfriend Alley.

Three months ago, she found her mate and did not hesitate to reject him. Everyone knew why. Alley is now waiting for Jeffrey to find his mate and reject her so they can be an official power couple.

However, Jeffrey could, can, and should do so much better than her. Just off the top of my head, Alley Perkins is a real fake bitch and not a nice person.

Jeffrey and Alley did their usual routine, where they kissed and then sat with their own groups of friends. And I did what I always do—stare at them like a stalker wishing it was me instead of her.

But this time is different. A low warning growl slips past my lips. It gains the attention of everyone, and I try to make myself smaller.

If that isn’t enough, Jeffrey also growls in distaste.

What’s wrong? I ask my wolf.

I shake my head, telling her that it is impossible and she is mistaken. But then a wavy scent of sweet treats fills my nose. No. No. No. It’s not supposed to be like this.

I awkwardly try to hide behind my notepad, but that doesn’t work. His scent is right next to me.

I want my mate. I do not want to be rejected by him. What’s more hurtful is that he is my crush. My wolf keeps yipping and whimpering.

What am I to do? He loves Alley, and word around the school is that he’s growing impatient to find his mate so he can reject her for the woman he loves.

Why? Why today of all days? Then reality strikes me like a lightning bolt.

It’s my birthday today. And, in this world, we find our mates in our 20s.

Although I am hurting and in pain, I look up to find Jeffrey staring at me. The tenderness in his eyes is the work of the mate bond. He finally regains control of himself, and his eyes hold sadness in them.

My future alpha cares about me, or he is worried about the pain we will feel once he rejects me. An alpha rejecting his mate rarely occurred. It is said to be the most painful pain, coming second only to losing a mate.

I hold my hand up to stop him from saying anything further. Isn’t it bad enough that he has no clue that I have a crush on him? I do not want his pity or his excuses or his “I’m sorry’s.”

“It’s fine.” I smile at him, pretending to be okay. “I can handle it, and I wouldn’t want to kidnap you for myself.” I laugh awkwardly, and he smiles warmly at me and turns to hug Alley. Kill me, why won’t you?

He lets go, bringing his attention to me. His lips parts, and my body tenses. This is going to hurt like a mother giving birth to triplets. I heard what I said, just go with it!

“I, future Alpha of Red River Pack, Jeffrey Tucus, reject you, Scarlett Henry, as my mate.”

There it is. The dreadful words. The first pain is sharp. It feels like I am being stabbed multiple times. I think the both of us hold our heads as it feels like being shaken violently.

The pain is intense as I prepare to deliver my part. I feel bile crawling up my throat. I grit my teeth and inhale.

I can’t hold it in anymore, and neither can he. We both howl in pain. The stabbing sensation is replaced with a runaway train—then several of them. Suddenly I feel warm liquid running from my nose.

“Scarlett! Alpha Jeffry!” our class shouts. One of our classmates is the first to get to me. He pinches the bridge of my nose and leans me forward. He gives out orders to the people attending Jeffrey.

After 10 minutes, the nosebleed stops, but my body feels sensitive. Jeffrey and I are dismissed from school and told to rest at home.