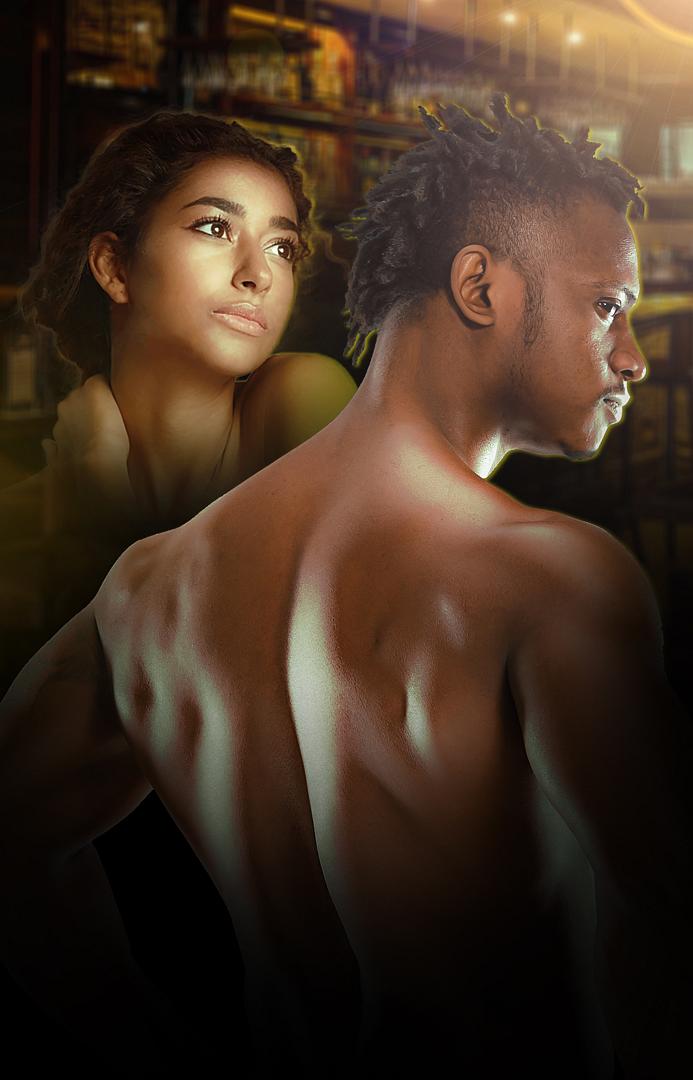 I return from my roundtrip to La La Land when I hear my Father’s disapproving tone.

We’re currently sitting in Cassell Coliseum waiting for my older brother Hendrix, to receive his diploma and my dad has his camera phone out, and in position.

Hendrix and the other public policy majors are standing in line waiting to be called, but I only have eyes for one of them...and it is not my brother.

I sigh, taking my attention off of the tall, handsome man, standing just two people away from my brother, and sink into my seat next to him. We wait for my brother’s name to be called.

Our last name is Alexander, so he’s up first. When the announcer finally calls out the names of the graduates, Dad and I holler and cheer for Hendrix.

I’m so proud of him. This is his second bachelor’s degree that he’s received today, and earlier this year, we found out that he’d been accepted to law school at Harvard.

Hendrix is definitely the smart one in our family and I can’t help but think that he’d have made mom proud.

I feel a pang in my heart, like I always do when I think about her, and I clutch my necklace.

I refocus my attention to Hendrix, who is all smiles and dimples as he makes his way across the stage.

We look so much alike that when we were younger, many people mistook us for twins rather than just siblings. We both have long legs and are tall.

Hendrix is well over six feet and I’m five seven and a quarter.

We also both share our copper red curls and dimples, our tan, caramel complexion, as well as the freckles that cover our faces, arms, and bodies— genes we’d inherited from both our mother and father.

These traits have never done me any favors, but there is never a shortage of girls around Hendrix. They swarm around my brother like a hive of bees and just fawn over his dimples and red hair.

Mom used to call him her little heartbreaker.

Our mother passed away six years ago from breast cancer, and with the holidays looming, today we were all glad that we had something to celebrate. A welcome distraction.

I shift my thoughts away from my mother before the emotion swelling in my chest can overwhelm me.

I return my attention to the object of my affection, the love of my life— going on just a little over twelve years now—Jeremy Laghari. I stare at him dreamily.

He’s on stage accepting his diploma and his broad, panty-dropping smile nearly sends me into cardiac arrest. My gaze follows him off of the stage and back to his seat. I sigh.

Life is so unfair

Jeremy and Hendrix have been best friends since they were ten years old and by default, I’ve known Jeremy my entire life.

I can’t help but laugh at the irony of that situation; Someone I’d grown up with, seen nearly every single day, who spent countless hours in my home, barely knew that I existed.

The very first time that I laid eyes on Jeremy, I was smitten. I was six years old and I’d been walking home from school with Hendrix. We’d just moved to Blacksburg and it was our first day.

After a wrong turn, we’d gotten lost and although Hendrix promised me that he’d get us home, I couldn’t stop crying. Then, we’d seen a boy and girl tossing a baseball on their front yard.

They’d noticed us and Jeremy had run over to invite us to play. I’d wiped my tears and ceased my crying immediately.

He was the most handsome boy I’d ever seen, and his kind smile gave me butterflies, even then.

He and his sister had been so nice and had even offered to help walk us home since they were familiar with the streets.

Ever since that day, he and Hendrix had been inseparable...and I’d been hopelessly in love.

When the ceremony finally ends, I feel claustrophobic in the auditorium and I need space.

I ignore my father’s protests for me to wait and I weave through the crowd of people, all trying to make their way through the exits. When I finally stumble into the main lobby, I exhale in relief.

It’s stuffy in the building and the amount of people here, seem to raise the temperature by a few degrees. I shrug my cardigan from my arms and toss my hair over to one side.

I straightened it today, and I suddenly wish I’d just left it natural, so I could’ve put it up into a bun.

“Hey! Why didn’t you wait for me?” My dad closes the distance between us, and I giggle at his flustered expression.

“I was trying to beat the crowd. Too many people.” I shrug.

“They’re coming from that door over there, so let’s just wait here for Hendrix.” I agree and stand with Dad. I watch the door like a hawk, in hopes that I can get just a glimpse of Jeremy.

In front, I see his mother, father, his sister Herra, and her fiancé.

When graduates in caps and gowns surge through the double doors, my heart soars into overdrive.

I don’t see them at first, but after a few minutes, Hendrix and Jeremy finally emerge, deep in conversation. They’re the last ones out of the door.

I clutch onto my cardigan and I realize I’ve been holding my breath. I let out a deep exhale and watch as Jeremy’s family hugs he and my brother.

I half expect Hendrix to greet us alone and Jeremy to stay with his family, but when I see both of them walking toward us I’m a bundle of nerves.

Shit. Why is he coming over here?